The belle of the Bosphorus

The Hagia Sophia in Istanbul has become a bone of contention. Since it was secularised in 1935, it has been a museum. Now Turkish nationalists want to turn it back into a mosque - while the Patriarch of Constantinople wants to use it as a church again. A photo essay by Klaus Dahmann. 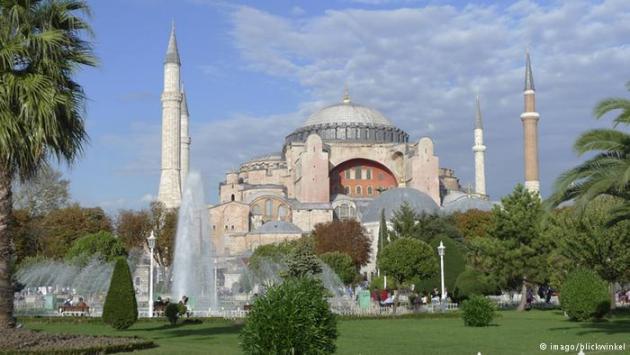 In 532, the Roman Emperor Justinian ordered the construction of an awe-inspiring church in his residence, Constantinople, "one that has never existed since Adam's time, and one that will never exist again." Around 10,000 workers were involved in its construction. For a millennium, the basilica on the Bosphorus remained Christendom’s biggest church. 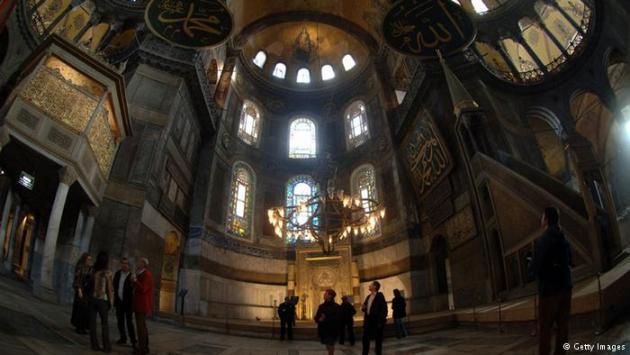 Emperor Justinian is said to have invested almost 150 tons of gold in the construction of Hagia Sophia. However, some corrections had to be made to the design: the cupola was initially too flat, and caved in when there was an earthquake. Hagia Sophia – "Holy Wisdom" – soon came to be used as the Roman Empire's official church. From the seventh century onwards, almost all the Byzantine emperors were crowned here. 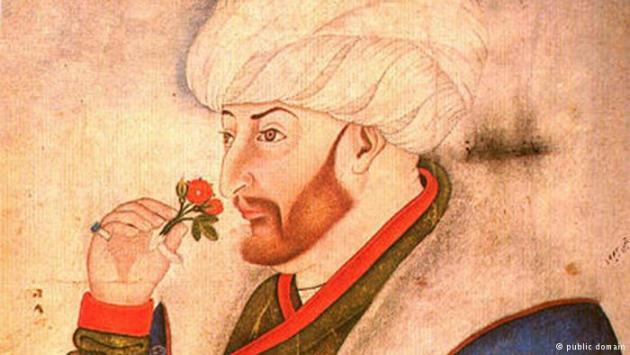 The year 1453 saw the end of Byzantine rule in Constantinople. After conquering the city, Sultan Mehmet II of the Ottoman Empire turned Hagia Sophia into a mosque. Crosses were exchanged for crescents, bells and altars destroyed or removed, mosaics and frescoes painted over. The addition of the first minaret completed the transformation into a mosque. 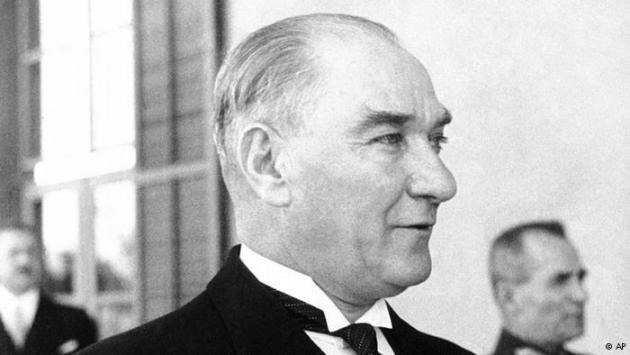 The founder of modern Turkey, Mustafa Kemal Atatürk, turned Hagia Sophia into a museum in 1934. During the sumptuous restoration work, old Byzantine mosaics were uncovered. A great deal of care had to be taken not to destroy later-period Islamic fixtures in the process. 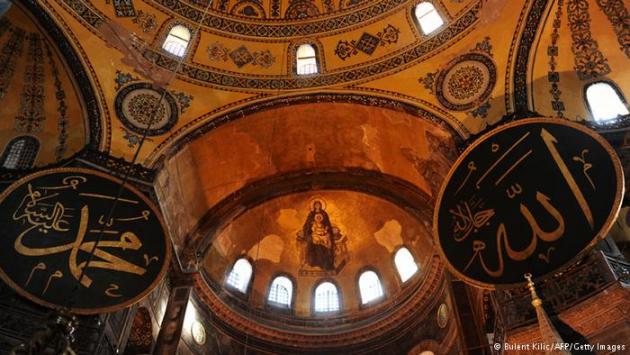 Hagia Sophia's eventful history is apparent throughout the building. Calligraphy denoting "Mohammed" (left) and "Allah" (right) flank the Virgin Mary with the Infant Jesus on her lap (centre). Also of note are the 40 windows in the huge cupola: as well as letting in light, they are intended to prevent cracks from forming. 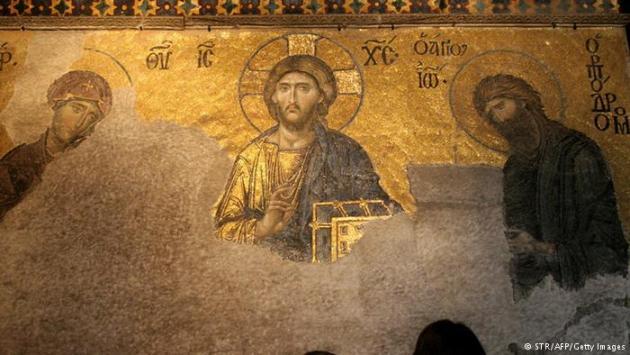 The most splendid mosaic in Hagia Sophia is a work of art from the fourteenth century, which was excavated on the wall of the southern gallery. Although it could not be fully restored, the faces are clearly discernible: Jesus as is depicted in the middle as ruler of the world, accompanied by Mary on his left and St. John on his right. 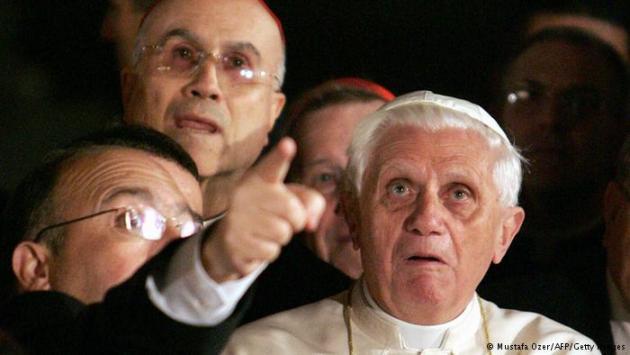 Nowadays, it is forbidden to pray in Hagia Sophia. Even Pope Benedict XVIth respected the interdiction when he visited, under heavy security, in 2006. Turkish nationalists had protested strongly against the visit. More recently, the nationalist-conservative Anatolian Youth collected 15 million signatures for a petition demanding that the museum be turned back into a mosque. 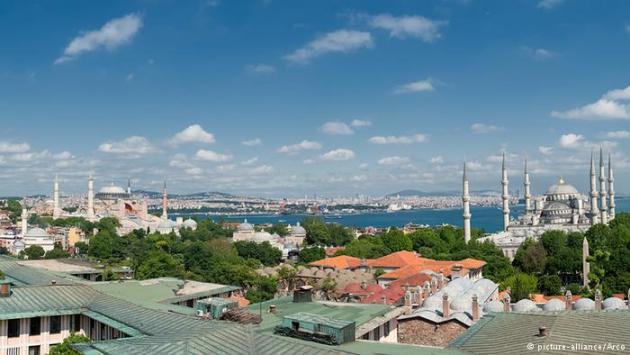 There is certainly no lack of mosques in the vicinity of Hagia Sophia. The Sultan Ahmed Mosque, also known as the Blue Mosque (right), is located right in front of it. Nationalists want to see Hagia Sophia become a mosque again, as it symbolises the conquest of Constantinople by the Ottoman Empire. In their eyes, this particular part of the Islamic heritage has to be preserved. 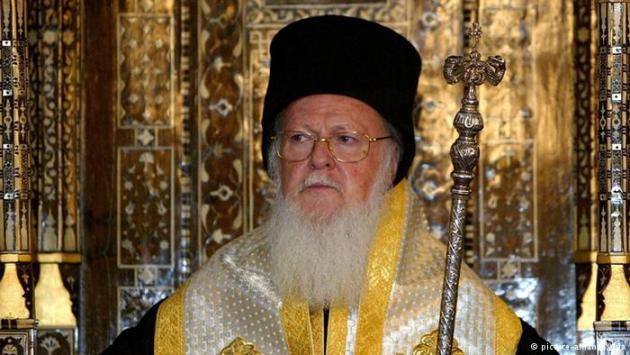 Bartholomew I, the Patriarch of Constantinople and honorary head of all Orthodox Christians, also lays claim to Hagia Sophia. For many years, he has been demanding that Christian liturgy and prayers be permitted in the basilica. "Hagia Sophia was originally erected as a place for Christian worship," he says. 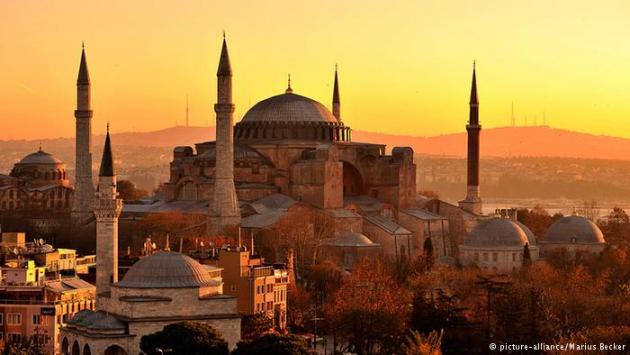 Hagia Sophia's imminent fate is still unclear. So far, only the Turkish nationalist opposition party MHP is demanding that it be transformed into a mosque. Two petitions have been rejected by parliament. Reacting to international protests, the Turkish government has shown restraint. In the meantime, UNESCO has also expressed its concern: after all, Hagia Sophia has been a World Heritage Site since 1985.

END_OF_DOCUMENT_TOKEN_TO_BE_REPLACED
Social media
and networks
Subscribe to our
newsletter