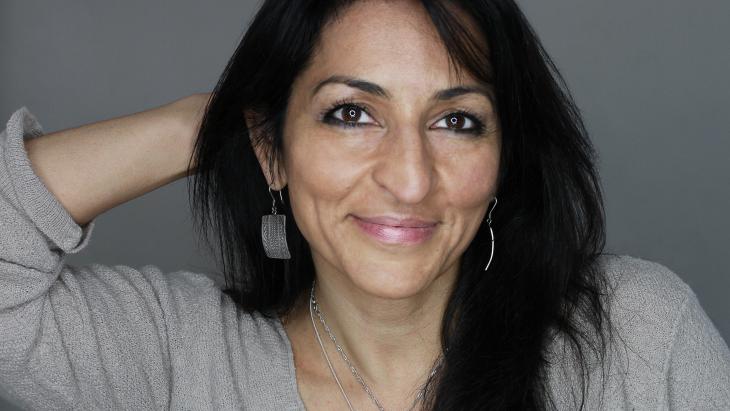 "The Blue Between Sky and Water" is the title of the new book by Palestinian-American bestselling author Susan Abulhawa. With her tried and tested concept of the dramatic family saga, Abulhawa also aims to make the suffering of the Palestinians visible. Laura Overmeyer read the book

Susan Abulhawa’s debut novel ″Mornings in Jenin″, which told the story of a Palestinian family’s hardships in the Jenin refugee camp, spanned several generations and was set against the backdrop of the Middle East conflict. It made the international bestseller lists straight away, earning praise as an honest and authentic description of the Palestinians′ situation and being criticised as a one-sided, anti-Israeli account of events.

Now the Palestinian-American author has brought out her second novel, which follows in the footsteps of her first success. ″The Blue Between Sky and Water″ is a family saga, though this time the setting has moved to the Nusseirat refugee camp in Gaza.

The topos of time

At the centre of the novel is the Baraka family, forced to flee the fictitious small village of Beit Daras for the Gaza Strip, along with other families in 1948. The book opens with the description of a glorified ideal world under British occupation, when the grandparents' generation was still young, and follows the family’s story, shaped by repeated blows of fate, all the way to the present day.

The link between the different time periods is the young Khaled. He is suffering from Locked-In Syndrome, a condition in which the body is paralysed while the mind is fully alert, which Abulhawa uses as a symbol of the Palestinians' situation. Khaled sees everything, hears everything – but cannot actively involve himself in the world around him. In a strange way, he floats outside time, giving him a different perspective on what happens. 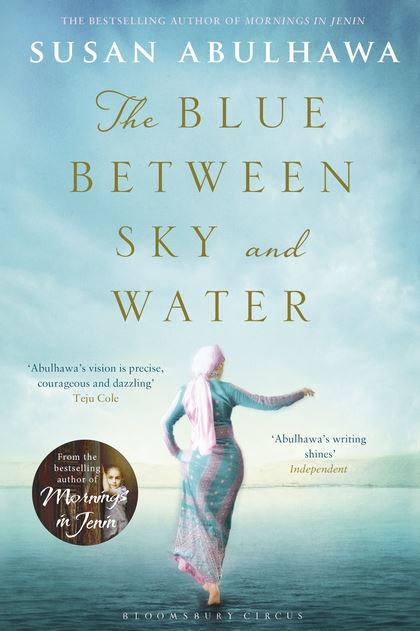 ″All the characters in my books are invented, but they’re based on the stories of people I’ve met, or on my own experiences and memories,″ admits the author Abulhawa

The topos of strong women

The novel's action is principally carried by strong women, first and foremost the matriarch Nazmiyya, a representative of the first generation. There is also her daughter Alwan, who is also Khaled's mother, and her niece Nur, who has grown up in America. In describing her, Abulhawa uses autobiographical elements such her childhood in exile, the loss of her family, her odyssey through various foster families and homes, and her finally achievement of independence.

"All the characters in my books are invented, but they're based on the stories of people I've met, or on my own experiences and memories," Abulhawa says during an event to promote the German translation of her novel at the 2015 Harbour Front Literature Festival in Hamburg. "With Nazmiyya, for example, I could see my own grandmother. She was a woman who was just as meddling, just as brave, with a sharp tongue and a big heart."

The topos of love and joie de vivre

Love in both physical and spiritual forms is a constantly recurring theme, as are friendship and family. "It's the relationships between people that allow people in Gaza to survive in a world of conflict, suffering and instability. Sticking together as a family in particular is hugely important in Palestine," Abulhawa explains. Another recurring theme is joie de vivre, "life's longing for itself", as Abulhawa says, quoting the Lebanese poet and philosopher Khalil Gibran.

"A lot of people believe that in the face of difficult circumstances, people give up on life. Not in Gaza: people want to live and they find ways to live in the midst of ruins and tragedy. They find their own glimmer of light. For instance, when the electricity comes back on after days of outages, the women dive for their televisions to watch their favourite Egyptian soap operas, which they can then gossip about at length when the power goes back off. This will to live and this joy of life was what I wanted to show in my novel."

The topos of suffering

Now, Abulhawa has been known to voice criticism and engage in activities (for example, helping to set up the "BDS Movement", which calls for boycotts on Israeli goods, particularly from the illegal settlements in the West Bank) that have caused displeasure in pro-Israeli circles.

Even if Abulhawa herself says that the Palestinians' joie de vivre lies at the centre of her novel, the book still gives the impression that its author wants to bring home to her readers the injustice visited on the Palestinians by Israel, and the suffering that proceeds from it, in all its detail. This kind of portrayal can be seen as "authentically Palestinian" - read: very emotional - and there is fundamentally nothing to argue with there. Even so, one sometimes wishes Abulhawa would write in a less polarising way and present "the Jews" less frequently as soulless embodiments of evil.

This is also the main point of criticism that can be levelled at the novel ″The Blue Between Sky and Water″: there is just a bit too much of everything. A bit too much suffering (on all levels) and a bit too much drama - in places, the reader is reminded of the Egyptian soap operas the author mentions.

Still, you have to give Abulhawa credit: once again, she has managed to write a mainstream novel – in a beautiful, poetic language rich in metaphors – with an Arab orientation. Maybe the novel will make a few readers beyond the expert audience engage with the historical and political realities, or at least register that the Palestinians exist as a people.

Dalia Hatuqa is an experienced journalist who has reported on the Israeli-Palestinian conflict from Ramallah, Washington DC and Amman. A writer for Time Magazine, Foreign Affairs ... END_OF_DOCUMENT_TOKEN_TO_BE_REPLACED

What do we mean when we talk about Palestinian literature: an exploration using the example of Adania Shibli’s slender novel "Minor Detail". By Miryam Schellbach END_OF_DOCUMENT_TOKEN_TO_BE_REPLACED 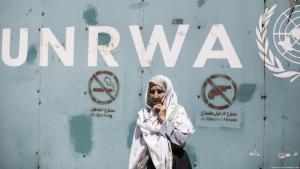 The UN Relief and Works Agency for Palestine Refugees (UNRWA) wants to make public several million documents it has collected on those displaced in 1948 and their descendants. The ... END_OF_DOCUMENT_TOKEN_TO_BE_REPLACED

The Algiers book fair has taken place for the 25th time, following a two-year break owing to the pandemic. Independent Algerian publisher APIC used the occasion to showcase its ... END_OF_DOCUMENT_TOKEN_TO_BE_REPLACED

Hamburg lawyer Eugen Balin is a member of the World Jewish Congress' Jewish Diplomatic Corps. At the end of 2021, a delegation of the Corps visited the United Arab Emirates, which ... END_OF_DOCUMENT_TOKEN_TO_BE_REPLACED

Comments for this article: Love and suffering in Gaza

This small village existed ! Its name means where the wheat is beaten (to separate out the grains from the chaff), and there was a place where this was done there. I have friends originally from Beit Daras who now live in Khan Younis.

Dear Qantara,
I am very grateful that you reviewed The Blue Between Sky and Water. But some of these quotes are not accurate. For example, I never said that my grandmother "constantly talked about sex". I am certainly not "first and foremost a political activist". Additionally, I am careful not to exceptionalize Gaza or Palestine in general. Forgive me, but I feel I must make these corrections when someone is attributing quotes or thoughts to me that are not mine.
susan

When you say that you wish Abulhawa would be slightly less "polarizing" its like asking her to support normalization, the idea that Israelis and Palestinians share equal status, so can have conversations that will bring about peace. This is like asking the author of a Holocaust novel to make the relationship between Jews and Germans less polarized. The Occupation itself I would say is polarizing, so is the fact that Gaza is an open air concentration camp. Each Friday peaceful demonstrators are murdered as they protest for their rights. She is writing a historical novel, partly as you say about her family. You are asking her to change the facts to make the reader less uncomfortable. There is too much of everything, you say. Imagine what its like living there.

Its good that you reviewed Susan Abulhawa's book. Thank you. But a few comments for you to mull over. You say that her depiction of the situation is polarizing. How else can you depict colonization, occupation, apartheid and ethnic cleansing, especially in Gaza, which is essentially an open air concentration camp. You feel that there is "too much" of everything. It would be good to be specific, but then again, it would also be good to imagine how Gazans feel who themselves experience ethnic cleansing, occupation, no freedom of movement, no right to peaceful protest, no clean water--all too much of everything on a daily basis. But yet they are able to experience joy in living, too, which is clearly demonstrated in the book.

END_OF_DOCUMENT_TOKEN_TO_BE_REPLACED
Social media
and networks
Subscribe to our
newsletter