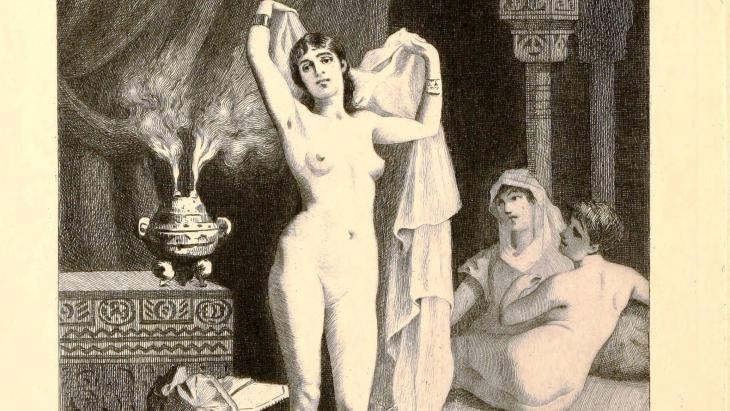 The Book of Exposition

An archaeology of erotica

Nowadays credited to a fifteenth-century Egyptian polymath called Jalal adʹDin al-Suyuti, "The Book of Exposition" is an exploration of promiscuity under the societal constraints of the Arab-Islamic world, using bawdy and salacious scenarios to stimulate and evoke fantasies in the readerʹs mind. By Sherif Dhaimish

A decade or so after famed Orientalist Richard Burton translated Muhammad ibn Muhammad al-Nafzawiʹs The Perfumed Garden of Sensual Delight (1886), an anonymous translator became the first to critically assess and introduce for Anglophone audiences another Middle Eastern controversial and enigmatic text – Kitab al-Izah Fiʹilm al-Nikah b-it-Tamam w-al-Kamal, or The Book of Exposition – a collection of fifteenth-century erotica.

Despite there being much dispute over the authorship of the work, from both Western and Middle Eastern scholars over the centuries, The Book of Exposition is nowadays credited to a fifteenth-century Egyptian polymath called Jalal adʹDin al-Suyuti (1445-1505). Although perhaps best known for his co-authorship of Tafsir al-Jalalayn (Tafsir of the Two Jalals), a classical Sunni exegesis of the Koran, al-Suyuti was also a prolific erotologist, writing at least twenty-three treatises on various aspects of the sexual arts.

The two dozen stories he presents in The Book of Exposition are an exploration of promiscuity under the societal constraints of the Arab-Islamic world, using bawdy and salacious scenarios to stimulate and evoke fantasies in the readerʹs mind. Explicit and vulgar in parts, stories like "The Strange Transformation that Befell a Certain Believerʹs Prickle" explore the sexual taboos of Islamic culture. 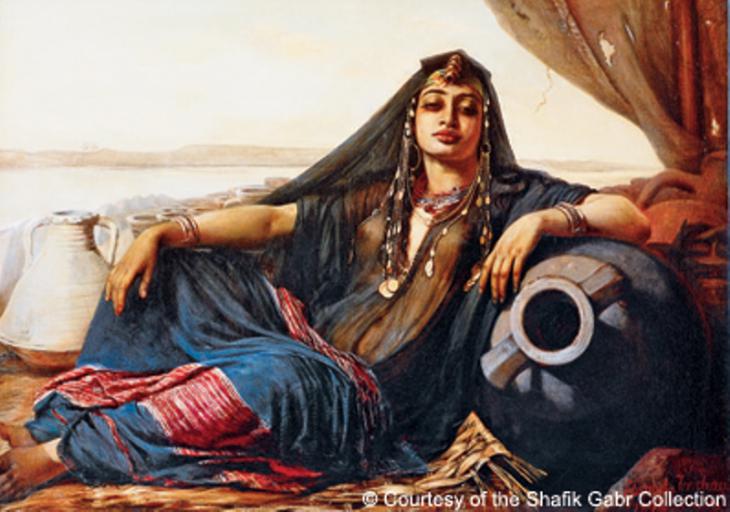 The monstrous feminine: a vessel for male pleasures, her "promiscuity" often cited as a symptom of feminine malaise and corruption. This hypersexualisation of the Oriental female was used as a rhetorical strategy to heighten the nature of her angelic nature of her Occidental counterpart

In this tale, a man prays to Allah to cure his erectile dysfunction, a wish he is granted. But when his wife is confronted with his new prowess on the "Night of Power" (Lalyat al-Qadr), she instantly tells him that "if thy weapon so continueth, you must pronounce against me the words of the divorce, and let me go free," due to his penis now being "as straight as a column which would neither display suppleness, nor show itself capable of the power of elasticity and movement, nor of rest." Needless to say, the man failed to profit on the Night of Power.

Other stories like "The Pious Woman & What Happened to Her From Behind" are rather unambiguous in their content. The offerings vary in length, from a few sentences to a few pages, but all clearly stem from a sexually liberated mind. Set within largely prosaic domestic and social settings, the stories are akin to the British sexploitation movies of the 1960s and 70s, which allowed the public to visualise everyday sexual encounters; only here the amorous milkman and window cleaner are replaced by the olive oil seller, prostitute and peasant.

In a run of just three hundred copies, the translator – known only as "An English Bohemian" – sought to critically assess and place the work in its historical and literary context. In addition to an extensive foreword, the edition also includes an expansive section entitled "Excurses", which offers up appendices of other short erotica, notes and observations, including an essay by Richard Burton on pederasty (featured also in his 1885 translation of Arabian Nights).

Home
Print
Newsletter
More on this topic
Homoerotic poetry in Islam: Reeling with desireInterview with Joumana Haddad: "Eroticism is the pulse of life"The headscarf in the colonial period: Remove your veils!
Related Topics
History of Islam, History of the Near and Middle East, Sexuality and eroticism in Islam
All Topics

The disappearance of Razan Zeitouneh and her colleagues has been one of the greatest mysteries of the Syrian war – until today. DW's investigative unit hunted clues across six ... END_OF_DOCUMENT_TOKEN_TO_BE_REPLACED

Muslims in Europe regularly experience threats, witness attacks and are the target of hate across national borders. Now the Council of Europe, the continent's leading human rights ... END_OF_DOCUMENT_TOKEN_TO_BE_REPLACED

The West is pulling out of Afghanistan after 20 years, but the conflict remains – and the Taliban are stronger than they have been for a long time. And now? The renowned Taliban ... END_OF_DOCUMENT_TOKEN_TO_BE_REPLACED

United States and NATO troops are leaving Afghanistan after 20 years, despite the fact that the Taliban is still advancing. The German Bundeswehr is already out. Sandra Petersmann ... END_OF_DOCUMENT_TOKEN_TO_BE_REPLACED

END_OF_DOCUMENT_TOKEN_TO_BE_REPLACED
Social media
and networks
Subscribe to our
newsletter