The Burka Battle in France
Losing Sovereignty of Interpretation

The strict rejection of the burka by French president Nicolas Sarkozy has set off a political debate across the country that strongly recalls the 2004 controversy on the presence of religious symbols in public schools. Kersten Knipp reports

Irritation amongst France's politicians: MPs from several parties have proposed a parliamentary commission to clarify whether the burka is worn voluntarily by Muslim women or under coercion

​​It was a rare alliance that came together in the French parliament. French president Nicolas Sarkozy and Communist MP André Gérin declared in unison that the burka is not welcome in France.

Women who wear the burka are "living behind bars" said Sarkozy, while Gérin described the garment as a "portable prison". Gérin even went so far as to propose a fact-finding commission – with 58 MPs voicing their support.

The discussion coursing through the media recalls the 2004 debate on the presence of religious symbols in the country's public schools. At the centre of that controversy was the wearing of the headscarf, which was ultimately banned from the schools.

Those involved in the current discussion claim, however, that the burka cannot be compared with the headscarf or veil because, while the headscarf at least leaves the wearer's face uncovered, the burka completely conceals a woman's identity.

The problem is that one then doesn't know with whom one is dealing in public places. And at weddings, for example, there is a need to clearly identify the bride.

According to sociologist Jean Bauberot, the main issue here is not so much France's self-image as a secular state but rather the question of public order in a democratic nation. Public life is more difficult when some of its participants cannot be identified.

With this remark Bauberot tried to put the debate on a more rational plane – but it is doubtful whether the heated controversy will be able to remain on this level. The fact is that the burka and the niqab, which, unlike the burka, has an opening for the eyes, are significant, conspicuous symbols.

They plainly signify a worldview most French find it difficult to comprehend. Their feeling of alienation is understandable, because every society expresses its self-image not only in strong, yet abstract institutions, such as its constitution or legislation, but also in its symbols.

Symbolism that could hardly be more diametrically opposed to the burka: Eugene Delacroix's "Liberty Leading the People" from 1830

​​And no starker contrast to the burka can be imagined than Marianne, the national icon of secular France.

The most popular depiction of the emblem of state was created in 1830 by painter Eugène Delacroix. His enormous painting – it measures 260 x 325 cm – shows Marianne storming the barricades, her right arm stretched high, waving the flag of the republic, and in her left hand a rifle with bayonet.

Her gown has slipped off her shoulders, revealing her breasts – a concrete dramatisation of the eroticism of the hard-won freedom achieved in 1789, and a work that the French treasure like no other.

The semi-nude Marianne in addition represents reconciliation with feminism, as she tramples over a pile of dead male fighters lying on the ground.

The symbolism of this image could hardly be more different from that of the burka: here, the self-confident, fearless woman leading her (male) comrades-in-arms into battle – there, the completely defenceless Muslima, shielded from the eyes of men.

At the same time, the debate on the burka demonstrates the very diverse viewpoints of the around five million Muslims living in France. While representatives of many Muslim associations see the discussion as yet further evidence of the rejection of Islam, others support the demand for a ban on the burka.

​​The Koran does not mention anywhere the niqab or burka, explains Islamic scholar Mohamed-Cherif Ferjani. And Dalil Boubakeur as well, director of the largest mosque in Paris, noted that the burka is neither an Islamic duty nor tradition.

The State Secretary for Urban Development, Fadela Amara, founder of the women's rights movement "Ni putes ni soumises" ("Neither Whores nor Submissive"), backs the ban. She calls the burka a "clear and visible emblem of the fundamentalist and Islamists", which is why it must be prohibited in the name of democracy and of womanhood.

The remarks of Mohammed Moussaoui, president of the French Muslim council ("Conseil français du culte musulman"), were more reserved. It would have been better to launch a discussion of the current wave of redundancies, an issue that affects hundreds of thousands of people. However, he added, wearing the burka is not a religious obligation and moreover a rare Muslim tradition.

The debate is continuing on the websites of the major daily papers. Is the burka really a symbol that men impose on women? Many commentators, among them Muslim women – a conspicuous number of them ethnic Frenchwomen who have converted to Islam – doubt that this is the case.

They insist that they wear the burka of their own volition. Others point out that this debate is a mere subterfuge meant to distract attention from the country's real problems as well as from the problems of the Muslims themselves – above all the difficult economic situation they often live in. 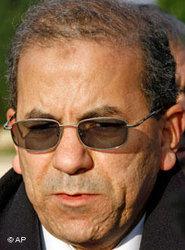 In the opinion of the president of the French Islamic council, Mohammed Moussaoui, the burka is merely a marginal issue for French society

​​On the whole, the debate over the burka attests to more far-reaching problems now being experienced by many post-modern Western societies. After decades of peace and prosperity, the republican constitution now seems relatively abstract, no longer associated as clearly and obviously with political and economic promises as it was for example in the first post-war decades.

What has to date been a largely homogeneous society, divided mainly into left-wing and right-wing, conservative and modern camps, is today beginning to split up further, fragmented into diverse milieus and subcultures.

Islam provides an alternative society here – especially for the converts. And those who are Muslim by birth encounter a society that is anxiously trying to hold onto not only its symbols, but most of all to its prosperity.

Fraught with these anxieties, a society forfeits something of its appeal. And that just makes the subcultural milieus – along with alternative religions – that much more attractive.

Ambivalent character of the debate

The discussion in France demonstrates a change that is also becoming evident on a global scale: the West is losing its sovereignty of interpretation. Its standards and dictates no longer prevail unquestioned.

Instead of relying on pure power as before, it is now increasingly compelled to provide the better argument for its beliefs. This is exactly what is needed now in France in the burka debate.

This manner of dress may appear strange, backward and misogynistic in Western eyes. But what if the women themselves see things differently? This can by no means be ruled out. And it's not as though everyone in the West agrees that scantily dressed women are the measure of all things.

The French debate is therefore being conducted on two levels: On the one hand, the State must be able to demand the right to be able to clearly identify its citizens in public life. On the other, France, the land of enlightenment, is facing the question of whether it is entitled to enlighten its citizens even if they don't want to be enlightened.

France
The Headscarf Debate à la Française
In France an argument has been raging in recent months on the wearing of the Muslim headscarf. The French government has finally passed a new law banning the headscarf. Bernard Schmid on the "preservation of secularism".

Interview with Catherine Kintzler
"Sarkozy's 'Positive Laicism' Is a Political Error"
With his idea of a "positive laicism" the French president Nicolas Sarkozy has called into question his country's traditionally strict separation of religion and state. The philosopher Catherine Kintzler tells Rachid Boutayeb that she is critical of Sarkozy's position, and explains why she believes the principle of laicism ensures religious freedom

END_OF_DOCUMENT_TOKEN_TO_BE_REPLACED
Social media
and networks
Subscribe to our
newsletter