The Case of Dogan Akhanli
Without Mercy

The German-Turkish writer Dogan Akhanli has just been released from his Istanbul prison cell, but the story of his imprisonment, as retold here by Kai Strittmatter, reads like an unbelievable tale about the cruel absurdities of the Turkish judiciary 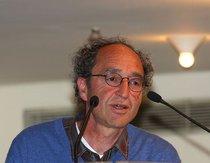 Novelist and translator Dogan Akhanli was released from prison Wednesday pending trial on murder charges. This article was written shortly before his release

​​It is 10 August 2010. The author Dogan Akhanli, a German citizen living in Cologne, has returned to Istanbul for the first time in almost 20 years. Actually, it's the first time back in his homeland since he was forced into becoming a refugee. He was born in Turkey and this is where his 87-year-old father lives. His father doesn't have long to live and he would like to see him for the last time. Dogan Akhanli knows the risks. He slows his step as he approaches the passport control. He later recorded the following exchange under the title "Siberia."

"Dogan Bey, do you also have your Turkish passport?" asked the passport officer. "No. I am a German citizen. I had my Turkish citizenship thrown out." – "No, efendim. That doesn't happen. No one has their Turkish citizenship thrown out." – "It happened to me. Officially. With a judgement from the Council of Ministers. Twelve years ago." – "Impossible. That isn't called thrown out, but loss – loss of citizenship. Just like money. Do you throw away your money? No. You lose it. You have lost your citizenship. Were you born in such and such a place?" – "Yes." – "And do you come from here and there?" – "Yes." – "Then you have to come with us. There is a warrant for your arrest."

The charge: robbery and murder

Siberia is the name of a cellblock in Metris Prison, where Akhanli was taken. It is the same block where he was imprisoned 24 years ago, before he fled from the country that had him incarcerated and tortured. "A good idea," wrote his German partner Ulla Kux at the time. "Actually, he likes jokes."

Dogan Akhanli expected to be held for maybe two or three days, like other political refugees that had dared to return home. After that, he believed, he would be freed. Four months later, Dogan Akhanli is still not free. He is being held in the Tekirdag high-security prison. His trial begins on 8 December. The charge is robbery and murder. And the violent attempt to overthrow the constitutional order.

Even today, his friends, lawyers, and journalists are simply flabbergasted – not by Dogan Akhanli, but by the Turkish judiciary. Haydar Erol, his defence lawyer, says that Dogan Akhanli shouldn't be sitting in the dock. "Instead, the police, the state prosecutors, and the judges should be sitting there in his place." And Ulla Kux quietly tells how every morning she wakes up feeling just as completely surprised by events as the morning before. "It is hard to imagine the way in which they simply push aside all of the rules. You say to yourself over and over again, 'They can't really do that!'" But they can.

The state prosecutor's office has accused Akhanli of taking part in an armed robbery on an Istanbul exchange office in 1989. One person was killed during the robbery. The police quickly attempted to portray the robbery as the work of radical left-wing groups. Only three years later did Akhanli's name come up in connection with this event. However, the testimony of the first witness that implicated Akhanli in the robbery was extracted under torture by police in 1992. The witness has long-since recanted his testimony. 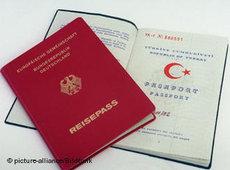 "No, efendim. That doesn't happen." - Dogan Akhanli had his Turkish citizenship thrown our 12 years ago, he is now German. Upon his return to Istanbul, he was treated as though he was a Turkish citizen

​​"The police subjected me to extreme torture," he says in the written retraction of his original statement. At the time, he provided Akhanli's name "only because I knew he wasn't in the country." Or, in other words, already in safety.

What is more, the other main prosecution witnesses have withdrawn their testimony as well, namely, the sons of the victim, who were also present at the robbery in 1989. "I clearly and explicitly state," writes the witness Mustafa Tutum in his declaration to the court, that Dogan Akhanli "was not among the persons who committed the robbery". He states as false the claim in the indictment that he identified Akhanli after the event from a photograph. He ends his declaration with the plea to find "the true culprits" that killed his father.

Even more astonishing is the fact that state prosecutor Hüseyin Ayar has refused numerous times to include the new statements by the witnesses in the court record. As a result, the judges have rejected three appeals to release Akhanli from custody. "Legally speaking, the charges have long-since collapsed," says Ilias Uyar, Akhanli's German lawyer. "But the charges are politically motivated. We just can't get any further through legal means." This admission sounds both powerless and perplexed.

Dogan Akhanli clearly remembers the day that left it impossible for him "to make my peace with the state." He was 18 years old. He bought a left-wing newspaper at a kiosk and was immediately detained and thrown in prison for the first time. After the military putsch, the teacher's son went underground. In 1985, he was once again arrested together with his wife Ayse and their 16-month-old son. They were tortured in the presence of their child, recalls Akhanli. After their release, he later wrote, "the experience left us feeling as small as breadcrumbs".

Akhanli soon parted ways from his orthodox communist comrades, but he remained persecuted by the judiciary. In 1991, the family fled to Germany. It was only here that Akhanli began to write and get involved with human rights activities. He wrote books "on remembrance and on crimes against humanity" (according to the liberal newspaper Radikal). These include books that were also published in Turkey.

Shameless, and full of contradictions

His 1999 novel, "Die Richter des jüngsten Gerichtes" (The Judges of the Final Judgement), is one of the first books by a Turkish author that deals with the 1915 genocide against the Armenians. In 2005, his "Der letzte Traum der Madonna" (The Madonna's Last Dream) was chosen as one of the year's five best novels. 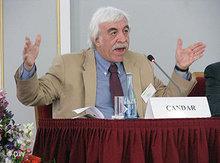 "More destructive for Turkey than all of the Wikileak revelations": Columnist Cengiz Candar feels that the Turkish judiciary has subjected Akhanli and his father to what can only be described as an "atrocity"

​​In 2008, Akhanli could hardly believe his eyes when he saw his picture, name, and the titles of his books in a brochure published by the Turkish government on contemporary Turkish authors for the Frankfurt Book Fair. Only a decade previously, the Turkish government had deprived him of his citizenship. That is the way they are, he said at the time to his partner – sometimes shameless, always full of contradictions.

In fact, Turkey today has never been so free. Other authors also write about the Armenian genocide now, and they aren't brought before the courts. Authoritarian forces are on the retreat. Yet, they still maintain powerful bastions, particularly in the army and the judiciary. Here, the spirit of the military putsch of 12 September 1980 lives on. "There, it's a never-ending 12 September," comments the "Radikal" newspaper in an article on Akhanli.

Silence before the court

Is this simply a case of settling scores with an old enemy who won't keep quiet? The judiciary is "without mercy" and more destructive for Turkey "than all of the Wikileak revelations," wrote the liberal columnist Cengiz Candar on Wednesday. He feels that the Turkish judiciary has subjected Akhanli and his father to what can only be described as an "atrocity."

Ulla Kux was finally permitted to visit Dogan Akhanli a week ago Thursday. Afterwards, she was pleased to report to the German "Sueddeutsche Zeitung" newspaper that her friend was in good spirits. He was being treated well and "expressed optimism". "And as soon as he is released, he plans on booking a flight to visit his father!"

On Saturday, Kux flew back to Germany. In her mailbox back home she found a postcard that Akhanli wrote to her from his prison cell. He wrote, "I write to my father every day, but I never mail off the letters. I want to hand them to him myself."

A few minutes later, back in her apartment, Kux found out that Akhanli's sick father, who had promised to hold off death until he had seen his son again, had just passed away. "That is unforgivable," says Kux. Dogan Akhanli, reports his friend and lawyer Haydar Erol, will remain silent before the court. He won't even speak his own name.

Turkey and the Ergenekon Secret Network
The Men in the Shadows
It is not Islamists or members of the military or the old elite that pose a threat to the Turkish state. Its real enemies operate under cover, as Ahmet Altan, one of the country's most successful authors, explains

"Ergenekon" Network in Turkey
On a Subversive Mission
86 members of the Turkish nationalist secret society Ergenekon have been in the dock since last October, accused of planning to overthrow Prime Minister Erdogan. The Kemalist opposition, however, alleges the case is a legal witch-hunt to silence the government's critics. Ömer Erzeren has the details

Referendum in Turkey
Farewell to the Generals' Constitution
A majority in Turkey has come out in favour of the constitutional reform initiated by the Justice and Development Party (AKP). Although heavily criticised, the changes brought by the reform are by all means an improvement over the old constitution, in the opinion of Dieter Sauter in Istanbul

END_OF_DOCUMENT_TOKEN_TO_BE_REPLACED
Social media
and networks
Subscribe to our
newsletter