The cat man of Aleppo 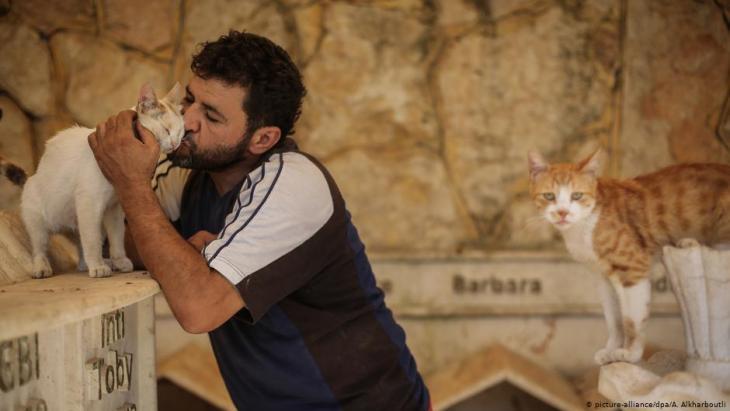 Helping animals in need: Mohammed Alaa al-Jaleel, also known as "The Cat Man of Aleppo", helps a cat from the ruins of a bombed out area in Khan Shaykhun, where he searches for live cats to bring them to his "Ernesto's Cat Sanctuary 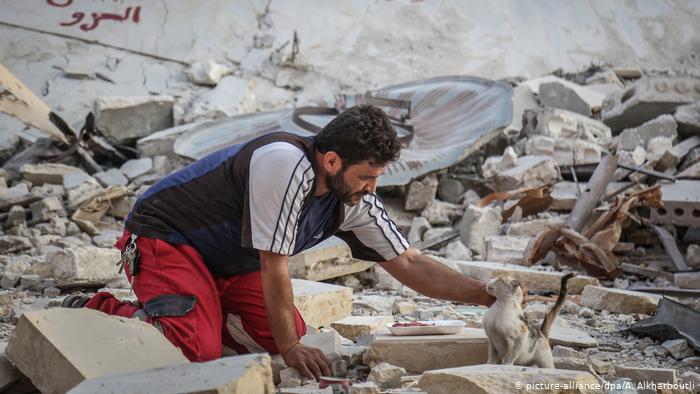 Dawn rescue mission: in recent months, Mohammed Alaa al-Jaleel has set off between five and seven in the morning to rescue cats from the rubble of the city of Idlib. Early in the morning, fewer bombs and grenades fall, says Mohammed Alaa. Nevertheless, he has to move carefully between the remains of the destroyed houses 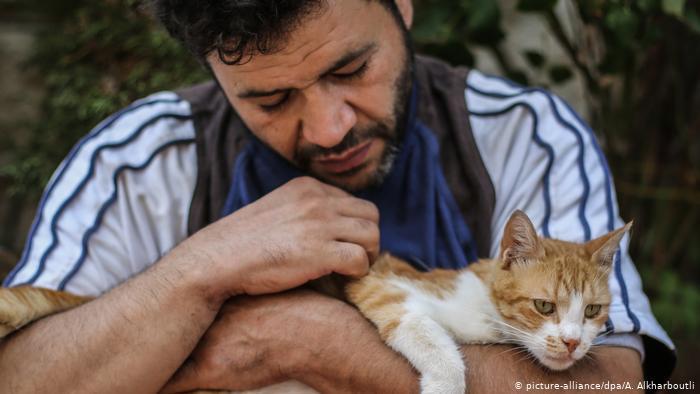 Initial rescue operations in Aleppo: when the Syrian civil war broke out, Mohammed Alaa was working as an ambulance driver in Aleppo. On the way home he distributed food for stray cats. At some point he began to search for living cats in the areas devastated by the war and to take them home with him. He got meat scraps from the butcher to feed the animals 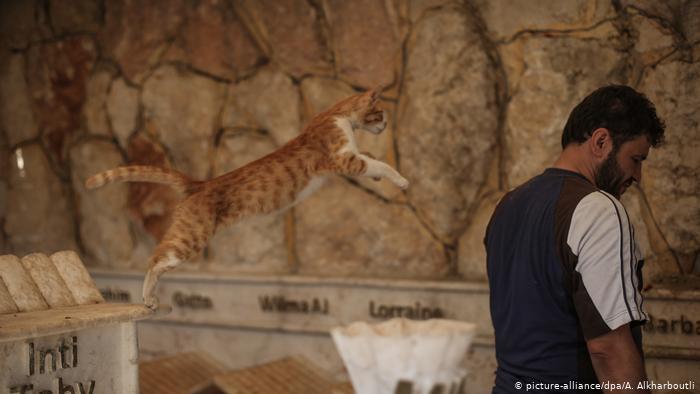 When cats become friends: Mohammed Alaa was still in Aleppo when the first reports about him appeared. He received help from animal lovers all over the world and became known as the "Cat Man of Aleppo". "Because everyone leaves the country, including my friends, the cats have become my friends," he told the British BBC. Aleppo is where he opened his first shelter 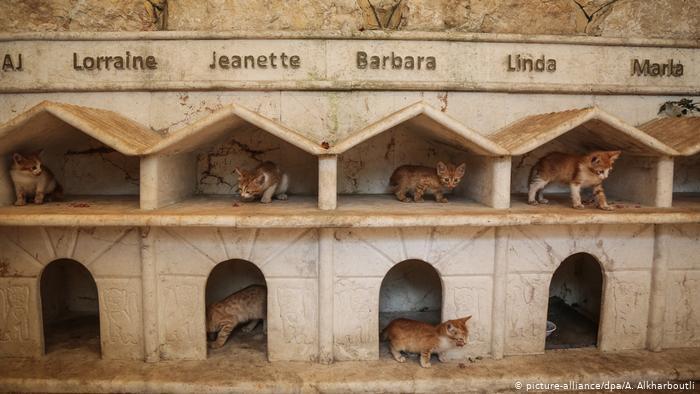 A place of refuge in Idlib: at the end of 2016 Mohammed Alaa's shelter was hit by bombs. A short time later he fled from the troops of ruler Baschar al-Assad to neighbouring Idlib - together with 22 cats. In Idlib he opened the shelter "Ernestos's Cat Sanctuary" in Kafr Naya. Here in addition to 200 cats he also accommodates dogs, monkeys, rabbits and other animals 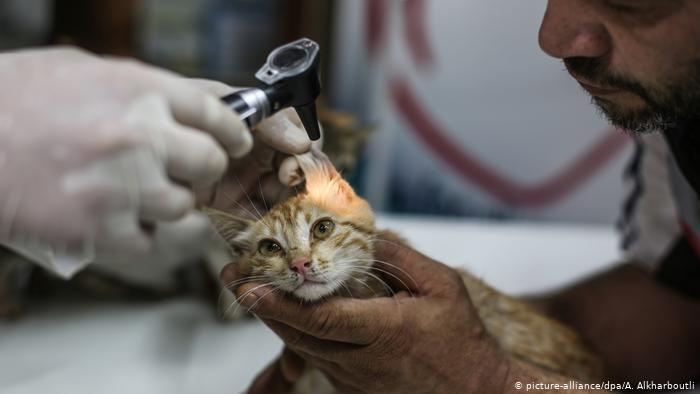 Compassion for all living things: Mohammed Alaa's animal shelter is located in the north of Idlib, where the location is somewhat quieter. There the animals are medically cared for and fed. Some stay, others disappear again. "Even as a little boy I loved cats," says Alaa. "I learnt from my elders that those who show compassion towards people should show compassion towards all living things" 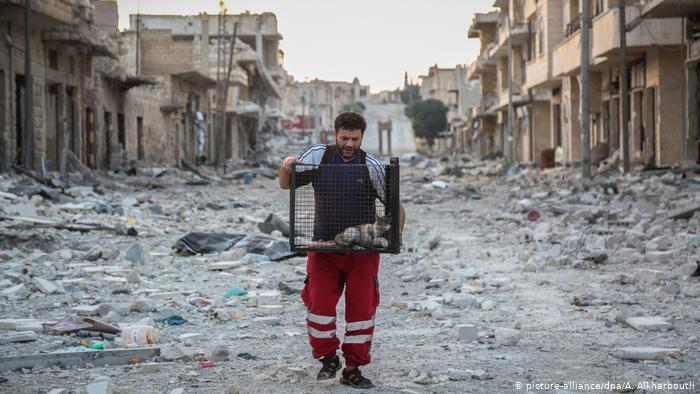 No end to the war in Idlib: after more than eight years of civil war and more than 400,000 deaths, Idlib is the last large rebel area in Syria. Nowhere is the situation as dramatic as here. At the end of April, Assad's troops with Russian allies launched a recapture offensive against the city. Around three million people still live in Idlib, almost half of them displaced. Many have nothing left but their lives 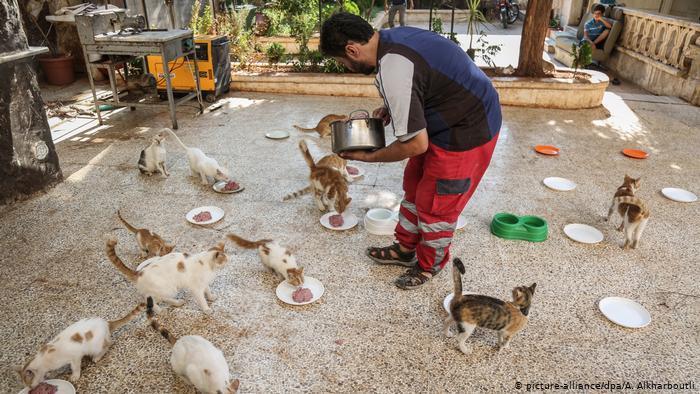 Help for children and animals: "The biggest losers of the war in Syria are the children and the animals," says Mohammed Alaa. "That is why I will continue to help them. In Kafr Naya there is now also an orphanage, a playground and a health centre for children, he says

END_OF_DOCUMENT_TOKEN_TO_BE_REPLACED
Social media
and networks
Subscribe to our
newsletter