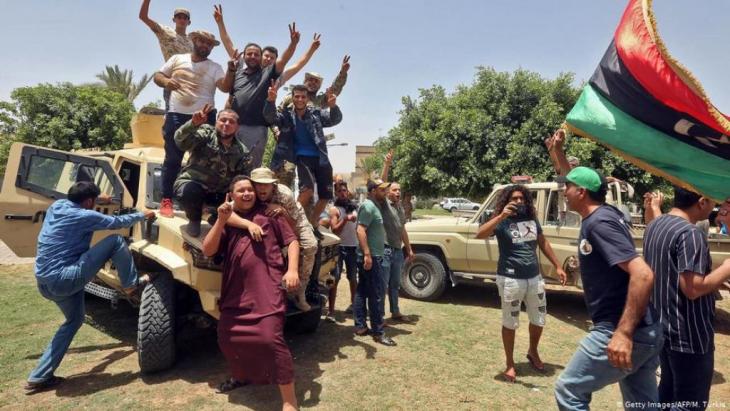 The collapse of Haftar's offensive
Is Egypt really preparing to jump into the Libyan fray?

With General Haftar's troops increasingly on the defensive, the Egyptian leadership recently threatened direct military intervention in Libya, now in its sixth year of civil war. Analysis by Karim El-Gawhary

When Egyptian state television showed fighter jets roaring over an Egyptian military base on the Libyan border visited by Egyptian President Abdul Fattah al-Sisi at the weekend the timing was far from coincidental.

It was a clear show of force and a threatening gesture aimed at the other side of the border, one accompanied by words issued by Sisi to his generals and soldiers, words that sounded like a warning: "Allow me to thank you for being prepared for any mission, regardless of whether it is within our borders or if necessary, beyond them."

What is happening on the Libyan side of the border is not to the Egyptian President’s taste at all.  A 14-month offensive by General Khalifa Haftar against the capital Tripoli, supported by Egypt, completely collapsed last month. This has effected a massive turnaround in the progress of the conflict.

Sirte and Jufra as red lines

Now, it is the militias of the Tripoli-based UN-recognised government of Prime Minister Fayez al-Sarraj that are advancing eastwards – heading for Egypt. Currently at the centre of the tension is the city of Sirte, which on the Libyan battlefield represents something akin to a midline between the two power blocs in the west and east of the country. Alongside it is the airbase of Jufra, of strategic importance to Haftar and his foreign sponsors. 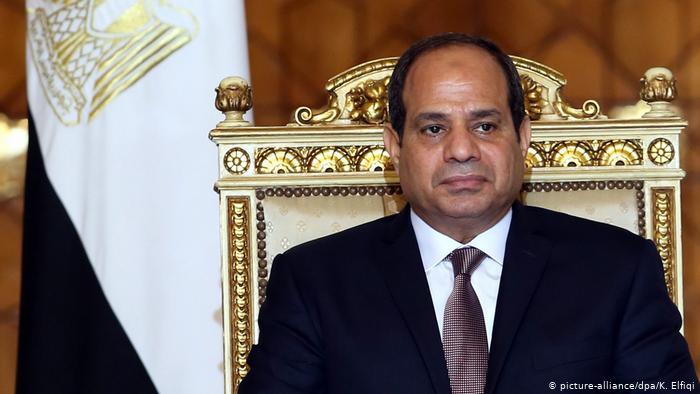 Libyan combat zone threatening to expand: Egypt's President Abdul Fattah al-Sisi has prepared the army for possible deployment in neighbouring Libya. "Be prepared for any mission, regardless of whether it is within our borders or, if necessary, beyond them," said Sisi during a visit to an air force base near the Libyan border

"If anyone thinks they can cross this red line – by that I mean Sirte and Jufra, then they have to realise that this is a clear red line for us," Sisi explained during his visit to the military base. He also announced training for further militias in eastern Libya, although interestingly he did not mention the name of General Haftar.

"Ultimately, only Libyans can defend Libya. We are ready to help them. Bring us the young clansmen and we will train, prepare and arm them under our supervision," the Egyptian president promised his allies in the east.

You may also like: How can Europe help prevent the carving-up of Libya?

Turkey as the biggest rival in the region

As one of the biggest supporters of Haftar alongside the Arab Emirates and Russia, Egypt is visibly nervous about the advance of militias from Tripoli. Particularly because their military successes are the direct result of Turkish support. Egypt sees regional power Turkey as its biggest competitor. Ideologically too: Turkish President Erdogan is one of the biggest supporters of the Muslim Brotherhood – formerly Sisi’s main political rival at home.

Levels of mistrust between Sisi and Erdogan are high: for Sisi, the Turkish President is the Muslim Brotherhood’s main sponsor. For his part, Erdogan will never forget that the Egyptian President welcomed the failed coup against him in Turkey. 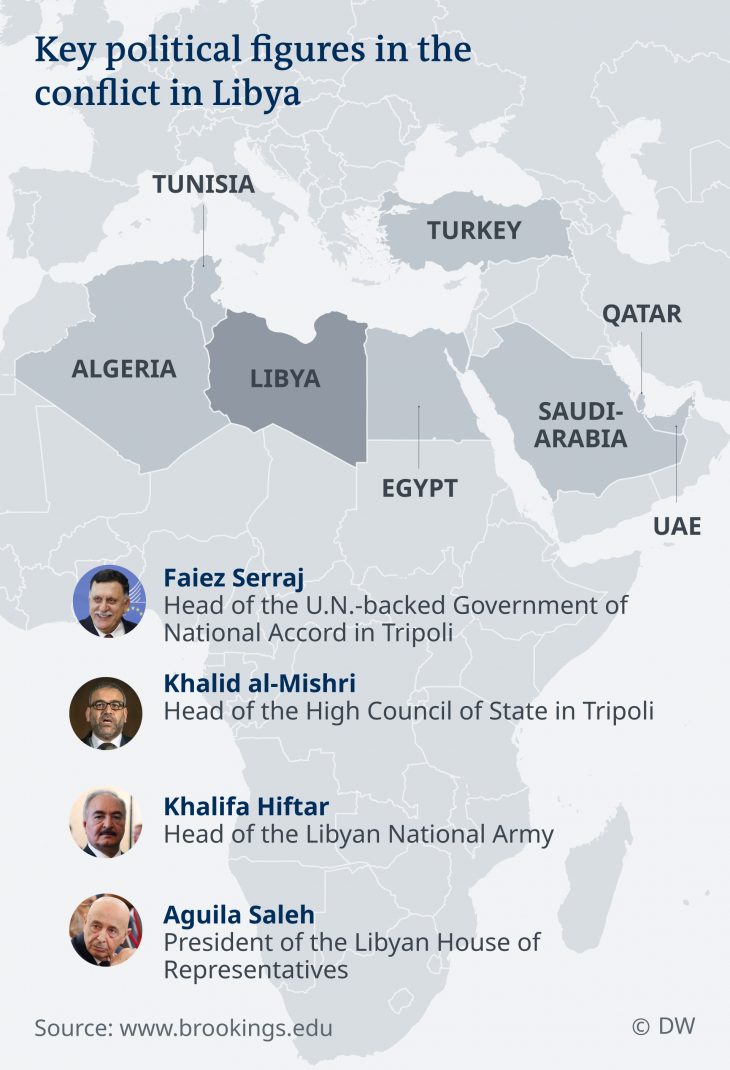 From a war of rival Libyan militias following the fall of Gaddafi to a proxy war involving the entire region: alongside Turkey, Qatar is the most important ally of the unity government in Tripoli. Haftar is supported by Egypt, Russia and the United Arab Emirates, among others. In Libya, rival groups have been fighting for power since the violent end of long-time dictator Muammar al-Gaddafi in 2011. A large part of the east and south of the country is still controlled by Haftar's troops

But Egypt is unlikely to be sending more soldiers to Libya. Egypt’s generals will be reluctant to get directly involved in the Libyan chaos and dragged into a long-term war of attrition from which no military victor can emerge.

You may also like: Time to restore Egypt's pivotal role in Libya

In addition, the Egyptian army is still caught up in a guerrilla war in North Sinai, where militant Islamists are a perpetual thorn in its side. The nation also faces another threat – albeit still a political one – with the row over a gigantic Ethiopian dam on the Nile (the "Grand Ethiopian Renaissance Dam") that is threatening Egypt’s strategic water reserves.

Should Egypt actually intervene militarily in Libya, if anything it may deploy its air force. But in all likelihood, this Egyptian sabre-rattling is part of a larger picture. For weeks now, Turkey and Russia have been negotiating a line restricting the advance of militias coming out of Tripoli. How far can they advance with Turkish support and at what point will they come under attack from Russian fighter jets also stationed in eastern Libya on Haftar’s side?

There is a key motive to Egypt’s sabre rattling, one that stands head and shoulders above the rest. Sisi and his strategists have grasped one thing: only those powers with a military presence in Libya, nations such as Turkey and Russia, will also hold sway in potential political negotiations on the future of Libya. And as a direct neighbour, there is no way that Egypt is going to be left out of those.

Welcome to the world of Al Qasar, where Arabic music collides head-on with punk and psychedelic to create something powerful and beautiful. "Who Are We" is a raucous, subversive ... END_OF_DOCUMENT_TOKEN_TO_BE_REPLACED

Egyptian authorities have Mada Masr in their sights once again after critical reporting. But the editor of the country's last independent news source is adamant they will continue ... END_OF_DOCUMENT_TOKEN_TO_BE_REPLACED

Like Christianity, Europe's history is one of migration. Both have strong roots in the Orient and in cultures thousands of years old. Cultural historian Bernhard Braun invites us ... END_OF_DOCUMENT_TOKEN_TO_BE_REPLACED

When she ascended the throne, millions of Muslims still lived under British rule. Later, Elizabeth II appealed for tolerance in a multi-religious society. She was the first ... END_OF_DOCUMENT_TOKEN_TO_BE_REPLACED

END_OF_DOCUMENT_TOKEN_TO_BE_REPLACED
Social media
and networks
Subscribe to our
newsletter