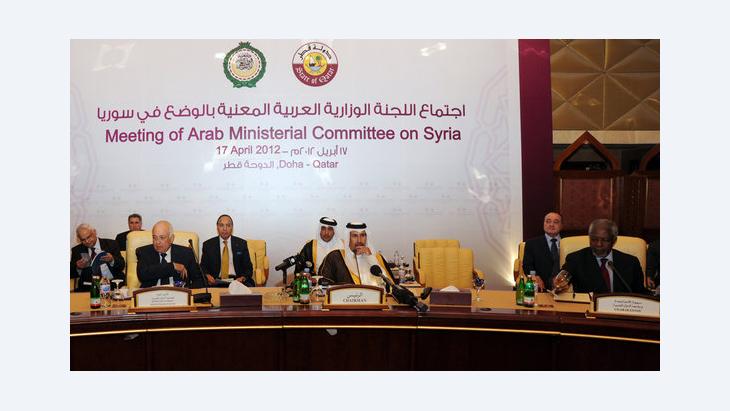 The Conflict in Syria

From Peaceful Uprising to a Proxy War

﻿According to the German-Syrian sociologist Huda Zein, the escalation in violence in Syria can be attributed primarily to the intervention of various parties in the conflict. It has developed into a proxy war sustained by its own dynamics. Only an international consensus can hope to put an end to the violence

﻿In March 2011, Syria experienced the start of a peaceful struggle by various sections of society against the dictatorship of the Assad clan. The inordinate use of government force against its civilian population, which has since almost assumed the scale of a genocide, as well as the lack of international pressure on the regime have led to a growing escalation of the conflict. The chain reaction of violence and retaliation has taken on a life of its own.

The continuing chaotic situation in Syria has many causes – the bitter battles for every city, village, and street, the fractured opposition, the lack of political leadership, and, not least of all, the involvement of diverse regional and international parties in the conflict. The country is increasingly sliding into a proxy war, in which there are no longer any clear dividing lines. The biggest losers in the whole process are the Syrians themselves. 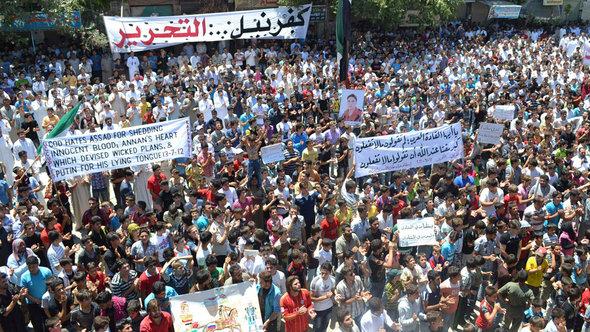 The original just and peaceful opposition to the regime is of practically no interest to many of the parties now involved. Syrian civilians, who every day face arrest, torture, and death on a massive scale, are considered to be of marginal significance to these players, writes Huda Zein

​​Many players, many interests

The conflict, which has since mutated into a war, initially aimed to overthrow the Assad regime and construct a new system of government. Outwardly, the aims remain the same, yet there is a whole range of other factors currently influencing the situation. In addition to the regime and the Syrian population, regional and international powers are now playing a role in the conflict, not to mention minority groups within the country and, increasingly, Islamic fanatics.

The original just and peaceful opposition to the regime is of practically no interest to many of the parties now involved. Syrian civilians, who every day face arrest, torture, and death on a massive scale or who are forced to flee the country, are considered to be of marginal significance to these players. Instead, foreign players in the Syrian drama are almost exclusively interested in political and economic factors and follow these developments in this geostrategically important country.

A break in the Damascus-Tehran alliance, for instance, would not only shake Iran's position in the region, but would also considerably lessen the influence of Russia and China in the eastern Mediterranean and the region as a whole. This is why these three states have steadfastly propped up the Assad regime. 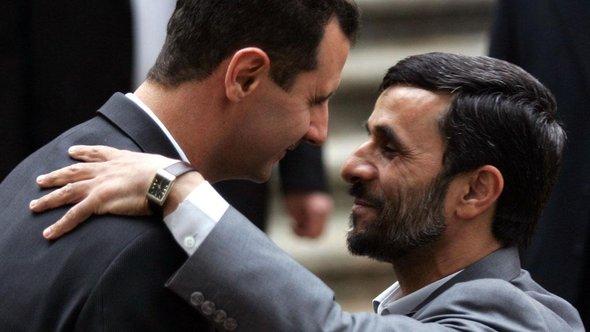 Come on, keep on dancing with me: A break in the Damascus-Tehran alliance would shake Iran's position in the region. In the wake of the Arab Spring, Iran and Syria have become two lone friends, dependent on each other

​​Conversely, European countries, the USA, Saudi Arabia, Qatar, and Turkey have thrown their weight behind elements of the Syrian opposition and the Syrian armed resistance – although strictly according to their various interests and with differing resources. For example, the Washington Post has reported that weapons and explosives have been supplied to the Syrian opposition from abroad and that the USA has been cooperating with regional players who offer support to the opposition.

Nevertheless, all manner of military and non-military support are forms of foreign intervention. The end result of this involvement is that the Syrian state has been brought to the verge of collapse by internal fighting, without, however, any victor emerging.

The Assad regime, in turn, has specifically attempted to mobilize confessional groups in order to transform the protest into a religious and ethnically motivated civil war. The regime portrays itself as a security guarantee for minorities, such as the Syrian Christians, the Alawites, and the Druze. In the process, it brands the opposition as being a conspiracy of regional and foreign forces allied to the Salafi movement.

Murders and massacres have taken place that tend to indicate ethnic and religious motivations. There has also been a proliferation of videos and documentation of imprisonment, torture, police raids, and other indignities suffered by the population, which are supposedly linked to religious affiliation.

However, in terms of the danger posed by a possible exploitation of religion in the Syrian conflict, the greatest threat is posed by the significant rise of the jihadist fighters.

Today, the Free Syrian Army (FSA), which was founded on 29 July 2011 by armed deserters from the regular Syrian army and subsequently joined by recruits from the Syrian population, not only includes Syrians in its ranks, but also foreign Sunni fighters with an Islamic agenda. They are being financed by countries, such as Saudi Arabia and Qatar, which hope in this way to ensure the regional supremacy of Sunnis in the Middle East. 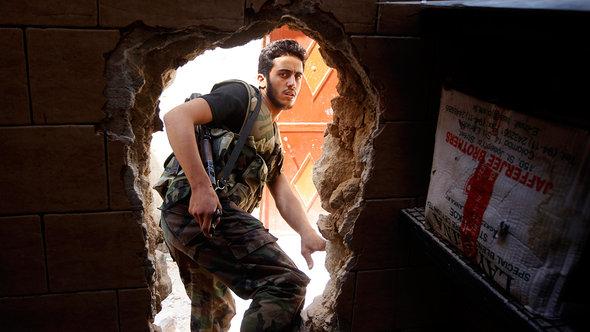 Unwilling Islamization: Not only the vast majority of the Syrian population but also the FSA leadership is opposed to the participation of foreign Sunni fighters within the struggle against the Assad regime

​​Not only is the vast majority of the Syrian population opposed to such participation in the struggle against the Assad regime. The FSA leadership is itself concerned about this development. Accordingly, this past September, General Mustafa al-Scheikh ordered all foreign Islamists from both Arab and non-Arab countries to leave Syria.

The need for international cooperation

As a result of this proxy war, Syria has become ensnared in a bloody and brutal war of attrition, while domestic policy is increasingly determined by ethnicity and religious affiliation, thereby endangering the unity and culture of the country.

The international community bears some of the blame here, as it has not yet shown itself capable of agreeing upon a common strategy to resolve the conflict. For this reason, there has been a lack of pressure applied to the regime in Damascus, despite the numerous massacres and atrocities committed by Assad's henchmen. The situation in Syria has not even been addressed by the International Criminal Court.

The international community of nations and all parties involved in this conflict must therefore work together to obtain a consensual solution that can be quickly implemented. As a first step, all arms shipments must stop.

Ultimately, the refusal of the international community to bear responsibility for the suffering of the Syrian population means that it is willing to tolerate this series of crimes against humanity taking place in Syria.

Huda Zein is an academic fellow at the University of Marburg Center for Near and Middle Eastern Studies.

Berlin's annual Human Rights Film Festival closed at the weekend. One entry to the festival was the documentary "Captains of Zaatari". Its Egyptian director Ali El Arabi focuses ... END_OF_DOCUMENT_TOKEN_TO_BE_REPLACED

"The people aren’t ready for democracy" has been the constitutional basis for Arab tyranny, its favourite slogan and its sacred narrative for more than a century. Yet, asks Khaled ... END_OF_DOCUMENT_TOKEN_TO_BE_REPLACED

Germany’s electorate includes some 7.4 million citizens with international roots, while many more millions of residents from abroad aren’t allowed to vote. Both groups are often ... END_OF_DOCUMENT_TOKEN_TO_BE_REPLACED

International relations are shifting across the Middle East as regional powers adapt to America's retrenchment and China's growing influence. Although the region could become the ... END_OF_DOCUMENT_TOKEN_TO_BE_REPLACED

Two decades after the attacks of 11 September 2001, the West faces the shattered debris of its failure – not only in Afghanistan, but also in Iraq, Syria, Libya and Yemen. What ... END_OF_DOCUMENT_TOKEN_TO_BE_REPLACED

They have lost everything; they are deeply traumatised – and yet they refuse to give up hope. In “The Beekeeper of Aleppo“, bestselling author Christy Lefteri focuses on the ... END_OF_DOCUMENT_TOKEN_TO_BE_REPLACED
Author:
Huda Zein
Date:
Mail:
Send via mail

END_OF_DOCUMENT_TOKEN_TO_BE_REPLACED
Social media
and networks
Subscribe to our
newsletter