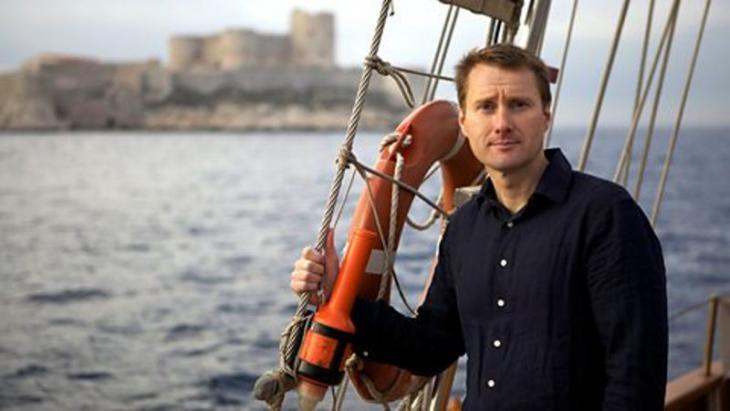 In this three-part documentary by BBC 2, Dr Thomas Asbridge presents a revelatory account of the Crusades, the 200-year war between Christians and Muslims for control of the Holy Land.

The story of the Crusades is remembered as a tale of religious fanaticism and unspeakable violence, but now fresh research, eyewitness testimony and contemporary evidence from both the Christian and Islamic worlds shed new light on how these two great religions waged war in the name of God.

Episode one traces the epic journey of the first crusaders as they marched 3,000 miles from Europe to recapture the city of Jerusalem from Islam, enduring starvation, disease and bloodthirsty battle to reach their sacred goal, and then unleashed an appalling tide of barbaric violence upon their Muslim enemies. Yet far from being the invincible holy warriors of legend, Dr Asbridge reveals that these crusaders actually considered surrender in the midst of their titanic expedition.

Home
Print
Newsletter
More on this topic
Spain and Ibn Arabi′s heritage: The great master of MurciaCaliphs and assassins: Between myth and reality Global history: Playing with the relativity of perspectivesBBC 2 iPlayer (only for UK viewers)
Related Topics
Christianity, Christians in the Islamic world, History of Islam, History of the Near and Middle East, Travels in the Orient
All Topics

At the suggestion of his Arab students, Israeli psychologist Ofer Grosbard created the project "Quranet", which uses texts from the Koran to solve educational problems in schools ... END_OF_DOCUMENT_TOKEN_TO_BE_REPLACED

Contemporary artist Mona Hatoum is one of those figures whose presence in western capitals stimulates much attention and critical writing, while her exhibitions in Arab cities ... END_OF_DOCUMENT_TOKEN_TO_BE_REPLACED

Wall, fences and checkpoints have become a way of life in the West Bank. But now innovative start-ups are using digital means to overcome borders and connect people across the ... END_OF_DOCUMENT_TOKEN_TO_BE_REPLACED

The collapse of traditional multilateralism in the Arab world has been accompanied by a significant shift in American Middle East policy under President Donald Trump, writes ... END_OF_DOCUMENT_TOKEN_TO_BE_REPLACED

In her latest novel, "The Book of Disappearance", Palestinian author Ibtisam Azem strikes a nerve with a fantastical tale that simultaneously fascinates and moves the reader, ... END_OF_DOCUMENT_TOKEN_TO_BE_REPLACED

In terms of policy, this election has little else to offer. Social issues, the economy and the conflict with the Palestinians are not dominant themes; it’s a question of power. By ... END_OF_DOCUMENT_TOKEN_TO_BE_REPLACED
Date:
Mail:
Send via mail

Share:
Topics:
Christianity, Christians in the Islamic world, History of Islam, History of the Near and Middle East, Travels in the Orient
Print:
Print article
Countries:
Israel, Palestine, Palestinian Territories
Permalink:
https://en.qantara.de/node/22477
Social media
and networks
Subscribe to our
newsletter