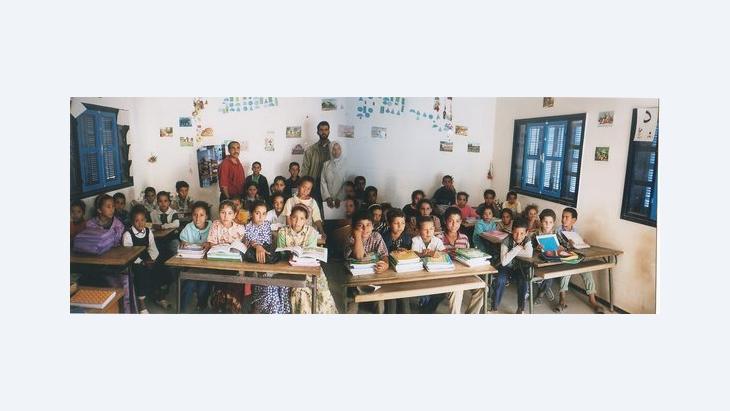 The Cultural and Literary Scene in Morocco

From the Caravan of Books to the Literary Café

﻿Morocco has not bothered to wait for the Arab Spring to revolutionise its cultural scene. It took off in the 1990s and is showing no sign of stopping – Moroccan artists exhibit in beauty salons, tennis clubs become impromptu literary cafés and a hotel sponsors the country's most prestigious literature prize. By Regina Keil-Sagawe

It was a glamourous event, and a touch surreal, when Mahi Binebine was awarded the newly established literary prize in the legendary and luxurious "La Mamounia" hotel in Marrakech for his novel "Les étoiles de Sidi Moumen", set in the slums of Casablanca and dealing with the suicide bomb attacks carried out in the city on May 16th in 2003. Rather a bizarre contrast, but not unnusual for Morocco, it has to be said.

Not that anyone begrudges the likeable allrounder Binebine, whose paintings have long been a feature of the Museum of Modern Art in New York, success in his native country. It is rather surprising, however, that practically all of the authors on the "Mamounia" shortlist are published by French publishing houses. And one wonders how the "Mamounia" intends to encourage Moroccan literature if it does not include any Moroccan publishing houses on its list.

A book market without readers?

​​On the other hand, why should the luxury hotel succeed with its prestigious coup where the Moroccan ministry of culture and the French embassy have been failing for years? Although the literary prize of both institutions – the Prix du Maroc du Livre and the French Grand Atlas – traditionally go to authors with Moroccan publishers, it has not been enough to bolster the Moroccan book market with its two thousand or so new publications a year and with diminishing print runs that rarely top a thousand.

Although Tangiers and Casablanca have hosted international book fairs for years, the country's top publishers, Abdelkader Retnani (La Croisée des Chemins), Rachid Chraïbi (Editions Marsam) und Layla Chaouni (Le Fennec), complain of the government's lethargy. There are too few subsidies, too many bookshops closing and no transparent figures available on the book market; all this despite the fact that current Minister of Culture, Bensalem Himmich, is himself a writer.

And then there is the inadequate infrastructure. Instead of the planned four thousand, there are a mere five hundred public libraries. Even in the major cities there are likely to be no more than ten, maybe twelve, bookshops, their owners' usually not even trained booksellers. Until recently, professionally run book shops, such as the Kalima wa Dimna in Rabat or the Carrefour des Livres in Casablanca, seemed heavenly literary oases in a desert of illiteracy.

Back in 2002, the writer Ahmed Bouzfour took Morocco's powerful rulers to task, bemoaning the sense of shame he felt at their incompetent governance and their cultural, social and economic decadance. He then also refused to accept the Prix du Maroc du Livre with its accompanying 7000 dollars prize money. Why bother to award a literary prize for books that do not sell because one in two Moroccans cannot read, in the rural areas the figure rises to nine out of ten.

Tremendous efforts have been made since that time to reduce illiteracy. Morocco's media used the occasion of World Literacy Day on September 9 to take stock of the situation. Since 2003 five of the thirty-two million Moroccans have achieved literacy outside the school system, 84% of 15 to 24-year-olds are now able to read and write, and even among the older age groups there is now 68% literacy. It is an achievement that state institutions alone could never have managed and required the efforts of numerous participants from civil society. 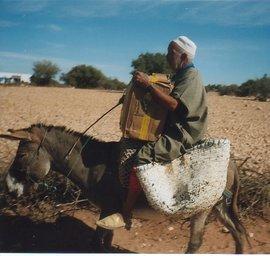 ​​One of those pioneers is Julia Hassoune from Marrakech, who, along with Fatima Mernissi, launched the "Caravane Civique" (citizens' caravan) in 1999, and the "Caravane du Livre" (caravan of books) in 2006. Hassoune undertakes expeditions into remote mountain villages or distant oases in the company of artists, writers and educationists to deliver drama, writing, painting or storytelling workshops.

At the same time as these developments, and practically overnight, a plethora of new literary awards were springing up. Prizes, which are directed primarily at young writers, with TV stations, publishers, cultural institutions, magazines, foundations and banks as sponsors. In 2002, the "House of Poetry" sponsored a newcomer's prize for Arab poetry, in 2005 the magazine "Tel Quel" initiated a short story prize, and in 2006 the 2M TV station came up with its prize for the best new Arab, Francophone and Amazigh literature.

Marsam publishing has already published the fourth volume "Côté Maroc: Nouvelle Noire", the result of a crime writers competition run by the Institut Français in Marrakech since 2007. In 2010 the "Magazine littéraire du Maroc": created two new prizes: a francophone short story prize and a major prize for literature in the French, Arabic and Berber languages, which is due to be presented by Tahar Ben Jelloun in the elegant new national library in Rabat on 14 October.

The Moroccans already have a name for this dynamic cultural energy that has long been part of the country's young art scene – "movida" or "moufida", also known as "nayda" (from the standard Arabic "nahda" – renaissance) and is now sweeping into the literary world also. 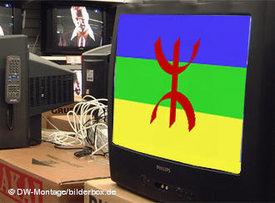 Epochal change: In the 1990s, support for the Berber language meant facing a possible prison sentence. Today, Berber is constitutionally recognised as an official language

​​Literature festivals and literary salons are everywhere, and the latest manifestation is the literary café. Literature programmes in the media may be in short supply, but there are plenty of opportunities for 'live' encounters with books and authors – and the latest innovation, the new "Magazine littéraire du Maroc" founded by historian Abdesselam Cheddadi in 2009, and initially published only in French, is now about to add an Arabic edition, with a Berber edition in the Amazigh language also planned.

Back in the 1990s, when support for the Berber language meant facing a possible prison sentence, the idea that Amazigh might one day be accepted as one of the official national languages seemed impossible. But on October 17 2001, the Royal Institute for Amazigh Culture (IRCAM) was set up, and in 2005 it announced its first prize for Amazigh literature. Now it is cool to be Berber, and since the referendum of July 1, 2011, the language that is the mother tongue of around half the people of Morocco has been constitutionally recognised as an official language. It now enjoys the same status as standard Arabic.

This is not to say that the other half of the population speaks standard Arabic. Most speak a Moroccan Arabic dialect known as "Darija", a mix of Arab and Berber with traces of French and Spanish, which horrifies the purists, but is so much a part of the soul of the people and everywhere in the media – internet forums, rap music, and advertising slogans.

In 2006, the American Elena Prentice, publisher of the free weekly "Khbar Bladna" (the latest news from our country) in Tangiers, a very popular paper that tries to close the gap between the educated and the semi-literate, was the first and only (so far) to offer a prize for Darija literature. It was the adventurous General Secretary of the Moroccan PEN, Youssef Amine Elalamy, who published the first literary text in Darija with Elena Prentice in 2006 – "Tqarqib Ennab" (gossip), a collection of portraits.

On 2 October, the second "Mamounia" literature prize was awarded. And, once again, the authors are almost exclusively with French publishers, including Fouad Laroui, whose essay "Le drame linguistique marocain" is a plea for more recognition for Darija. It will be interesting to see whether in the exclusive setting of the "Mamounia" the jury, with its diverse representatives of the French-speaking world from Senegal and Morocca to Quebec, will dare to pick up this hottest of Arab hot potatoes

Regina Keil-Sagawe is a translator and journalist. She lives in Heidelberg, Germany. Her central interest is in Maghreb culture. She was one of the initiators of a recent university twinning agreement between Heidelberg and Essaouira in Morocco.

END_OF_DOCUMENT_TOKEN_TO_BE_REPLACED
Social media
and networks
Subscribe to our
newsletter