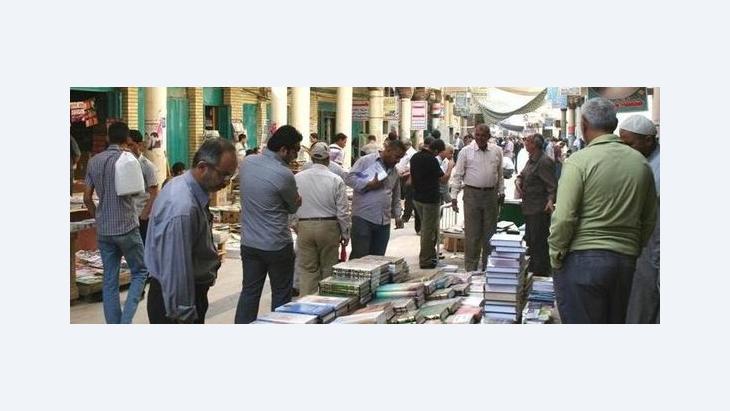 The Cultural Scene in Iraq
Returning to Something Like Normality

﻿In the wake of the long years of terror, a vibrant cultural scene is once more flourishing in Iraq. But people still have come to terms with the fact that culture in the 'New Iraq' is becoming more and more privatised. Birgit Svensson reports from Baghdad

Sometimes, Hella Mewis likes to sit on the stairs in the pitch black auditorium of the National Theatre of Iraq, emersing herself in the new world of wonder and astonishment projected onto the giant screen before her eyes. Never before has there been the chance to see so many films, from so many different countries, as this autumn in Baghdad – 135 from 23 countries.

But these are stories of everyday life, not from the Arabian Nights, that the Berliner finds so enthralling. "It is fascinating, especially to see so many Arab films," she says.

Mewis is on the jury to judge the short and women's film categories, the largest sections in the international film festival. "The Egyptian films are easily the best things here," she says, summing up her impressions of what is on offer at the festival. It is obvious that Egyptian women are further down the road than women in other parts of the Arab world. In all categories Egyptian filmmakers are to be found among the top three places.

Hella Mewis knows what she is talking about. She is a cultural professional, having studied corporate support of culture in Berlin, and for the past year she has been project supervisor at the Theaterhaus Berlin Mitte. Cultural exchange with other countries is her special interest, Iraq her passion. In November last year, she was part of the country's first theatre festival for young artists. Together with four colleagues from Berlin and Paris, she worked on a children's play that was later performed in Baghdad. 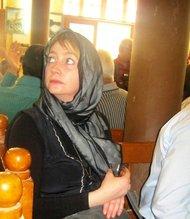 ​​An old house on the banks of the Tigris, former residence of the country's first Prime Minister, Nuri as-Said, was the venue and has since become one of the city's main cultural events spaces, "Muntada al Masrah". It will be the venue for the theatre festival once again this year and will be a hive of activity. When the events are over, there are simple plastic chairs to sit on for those who wish to chill down by the riverbank, or to enjoy a barbecue or smoke a hookah.

Last year the scene was a source of amazement to the Iraqis. Up till then, Europeans were rather a rare sight in the city and a theatrical group from Germany a novelty never before seen. In fact, since the American invasion in March of 2003 and the subsequent toppling of Saddam Hussein, there has been very little in the way of German cultural involvement in the Iraqi capital.

Though the French re-opened their "Centre Culturel Francais" on the famous Abu Nawas Street several years ago, and held exhibitions there, the representatives of the Goethe Institute remained conspicuous by their absence, choosing to stay in the Jordanian capital of Amman – the precariousness of the security situation being the reason given.

Even today, representatives of the German government are not allowed to travel to Baghdad. However, with the Goethe Institute's representative for Iraq now resident in the Kurdish city of Erbil, Baghdad is once more coming back more sharply into focus.

The coming weeks will see the publication of an anthology of contemporary Iraqi writers, under the auspices of the Goethe Institute, and with German financial support. It will be presented to the public on the famous Mutanabbi Street, traditional home of the bookselling trade in Baghdad. Germany is also taking part in the film festival.

German films are not only actively participating in the competition, but also as part of a special forum at the National Theatre and in the "Hunting Club", close to the German embassy in the city's Mansour district. Fathi Akin's film "Soul Kitchen", however, has received rather a mixed reaction from audiences.

For some members of those audiences, it is their first German film for thirty years, following the wars under Saddam Hussein and the terror during the American years. For others, it is the first German film they have ever seen. Many who attended the showing at the national theatre were puzzled by the fact that they had seen a film by a director of Turkish descent.

Hella Mewis has lost count of the times she has been asked about this and whether it reflects the situation in Germany today. She usually responds by telling people that a great deal has changed everywhere. Germany has undergone massive change in the last thirty years, and Iraq, too, is changing at a dramatic rate. "A year ago Baghdad still looked like a war zone, but now it is, slowly but surely, returning to something like normality," she says. 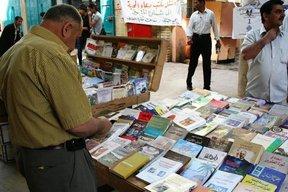 "We have had enough of sadness in recent years." Al Mutanabbi Street is one of the oldest and best known streets in the Iraqi capital Baghdad, viewed as a seismograph of the state of Iraqi culture

​​It is now possible to stroll through the streets, go into shops, or have a meal at a restaurant. The last time that she visited the theatre, she and her colleagues were picked up at their hotel and driven to the theatre and back. Minders accompanied them everywhere and there were constant bomb warnings and threats of kidnapping. Control points were encountered almost every two hundred metres and there was lots of barbed wire and reinforced steel everywhere.

Taking a walk was pretty much out of the question at that time. Only one trip was organised; to the book market in Mutanabbi Street. Four heavily armed Iraqi soldiers accompanied them everywhere to ensure their safety. Today, most of the former city centre checkpoints have been dismantled. On the famous Abu Nawas thoroughfare there is now only one left.

Though the number of bomb attacks has increased in the run up to the complete wirthdrawal of American troops at the end of this year, they are still fewer than they were last year and just ten per cent of what they were in the worst years of the terror, 2006/07. The attractive blonde, blue-eyed Berliner, admits that she still does not feel as safe here as in Germany, but still safer than she felt last time. The rapid developments on the cultural scene and her "theatre family", of course, also contribute towards her sense of well-being.

The hub of her activities remains the National Theatre in the city's Karrada district. Following its multi-million-dollar renovation and re-opening to the public in 2009, it has once more become the cultural showpiece of Baghdad, just as it was during the time of Saddam Hussein. It provides the venue for the main events with everything else radiating out from it.

Culture in Iraq has always been controlled and subsidised by the state. But things are slowly changing. There have already been some successful ventures by commercial enterprises. A privately financed comedy has been drawing in droves of paying customers every evening. It is a young audience in particular that is attracted to the lighter fare on offer.

After years of state terror and war, Baghdadis are increasingly taking part in cultural events on offer. Pictured: jury members of the Baghdad International Film Festival 2011

​​"People want to laugh," explains Abdullah, as he lays out 15,000 Iraqi dinar (around ten euros) on a ticket. "We have had enough of sadness in recent years." The regular concerts by the Iraqi National Symphony Orchestra in the National Theatre have now also to be paid for (10,000 dinar, 7 euros).

Among those in the cultural sector this is a development that is not very popular. They see admission fees as evidence of an ever more pervasive corruption that is also now spreading its net into culture. The director of the theatre, for example, is suspected of having syphoned off some of the millions set aside for the renovation work rather than spending it all on new technical equipment and seating.

And, right in the middle of the film festival, came the bombshell – the Minister of Culture, Sadun al-Dulaimi, wearing his other hat, as Minister of Defence, had diverted 100 million US dollars from the culture budget into defence; weapons and tanks given preference over culture.

The already well-established idea of applying the public-private partnerships concept at various levels in Iraq is likely to include its adoption in the cultural field also in future. Could entrepreneurial support for culture become a basis upon which to help construct Iraq's future? Hella Mewis has already been approached about her availability as a consultant.

The Kurds are under attack from two sides: from Turkey, and from Iran. The situation in their territories in northern Iraq is becoming increasingly desperate. Birgit Svensson ... END_OF_DOCUMENT_TOKEN_TO_BE_REPLACED

November 2022 sees the Arab world firmly in the spotlight with the COP27 in Egypt and the FIFA World Cup in Qatar. Public trust in MENA governments is weak, thanks to their ... END_OF_DOCUMENT_TOKEN_TO_BE_REPLACED

Thanks to climate change, the Middle East is heating up faster than any other part of the world, putting the region's ancient pyramids, castles, holy and other heritage sites at ... END_OF_DOCUMENT_TOKEN_TO_BE_REPLACED

In the run-up to the COP27 global climate summit, hosted by Egypt in November, it is worth noting that little rainfall, aggressive heatwaves and worsening drought make the Middle ... END_OF_DOCUMENT_TOKEN_TO_BE_REPLACED

Hundreds of porters, locally known as ‘kolbars’, cross the mountainous border between Iran and Iraqi Kurdistan all year round. With Iran’s economic crisis deepening, ever more ... END_OF_DOCUMENT_TOKEN_TO_BE_REPLACED

END_OF_DOCUMENT_TOKEN_TO_BE_REPLACED
Social media
and networks
Subscribe to our
newsletter