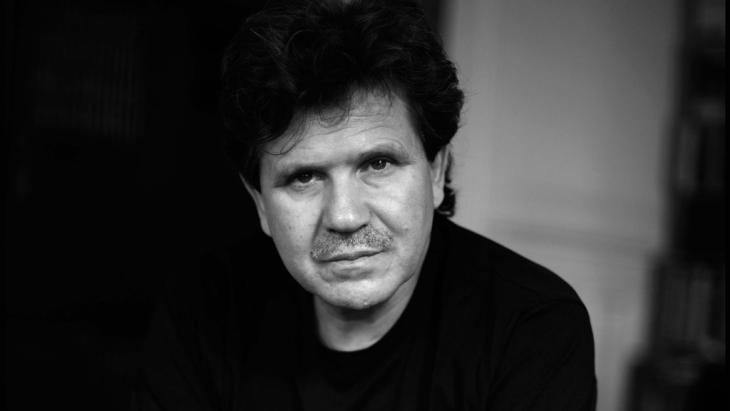 The death of Abdelwahab Meddeb
A proponent of disloyal loyalty

The renowned Tunisian-French writer and Islam expert Abdelwahab Meddeb died of cancer in Paris on 6 November 2014. He was 68. Obituary by Bettina David

For the literary scholar, poet and writer Abdelwahab Meddeb, who was born in Tunis in 1946 and later lived in Paris, boundaries always existed to be crossed in a creative manner. They were a way of cross-pollinating one's own thinking through encounters with other minds and enriching it through unexpected connections, thereby opening up new scope for life and ideas.

Nevertheless, Meddeb's act of crossing boundaries did not extinguish or deny the traces of his roots, which remained for him a powerful reference point and source of creative interplay. Again and again, Meddeb made reference to his dual ancestry in the East and the West, especially in the light of his origins in the Maghreb, which from an Arab perspective is the "West".

He saw himself as a decidedly secular, Arab-European cosmopolitan individual whose chief concern was a revival of the intellectual convergence of the Islamic, Jewish and Christian history of thought that had been lost for centuries. This was reflected in his last book, which he wrote together with Benjamin Stora and published in 2013, the French-language "History of relations between Jews and Muslims, from their origins to the present day".

Born into a respected family of theologian scholars, he rebelled at an early age against the compulsion to obey imposed upon him by traditional religious instruction, which is characterised by learning by rote. He turned to the French-speaking world, went to France to study literature and art history and was profoundly influenced by the intellectually stimulating atmosphere of Paris during the student revolts.

The Greek-Dionysian dimension of Islam 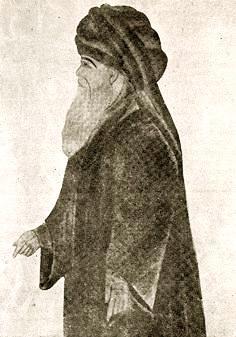 According to Bettina David, Abdelwahab Meddeb's "first contact with the works of the medieval Sufi poet Ibn Arabi opened a door that led him from French post-modernism back to his Arab-Islamic roots, to the mystical-philosophical riches of another tradition that was excluded by orthodoxy"

His first contact with the works of the medieval Sufi poet Ibn Arabi opened a door that led him from French post-modernism back to his Arab-Islamic roots, to the mystical-philosophical riches of another tradition that was excluded by orthodoxy. He set himself the long-term task of carving out an image of Islam that does not accentuate dogma and norm, but divergence, and of issuing insistent reminders of the critical, bold and even blasphemous thought that has also existed within Islam and among Muslim thinkers.

In this regard he saw points for launching a fruitful dialogue between the freedoms of the Western modern age and the polyphonic, multicultural legacy of Islamic societies.

His novels "Talismano" and "Aya" and his volume of poetry "Tombeau of Ibn Arabi and White Traverses" picked up and expanded on these points. They explored a Maghreb-European sphere of resonance on the boundaries of language and draw the reader into a stream of images and meditations brimful of poetry, eroticism and mysticism.

In "Talismano", Meddeb invoked the Greek-Dionysian dimension of Muslim culture, which was silenced by unyielding guardians of the virtues, and its integration by way of a seductive game with the strange, sensual rapture and boundless ecstasy.

In German-speaking countries, however, Meddeb became known first and foremost for his controversial polemic "The Malady of Islam", in which – like Voltaire, who perceived fanaticism as the Catholic disease, and Thomas Mann, who described Nazism as the German disease – he set out the provocative view that the problem of violence has dogged Islam from the very outset and that the seed of contemporary Islamic fundamentalism could be found within the Koran itself.

His open aversion to "beards" and "headscarves" made many devout Muslims view him with suspicion. For a man for whom the encounter with western enlightenment had been a liberation of thought, he considered their worldview to be alien and incomprehensible.

As a consequence, Meddeb, who had, as a youngster, seen how women in his social environment took off their veils and opened up new possibilities for themselves and explored new horizons, saw the surprise movement to re-establish the head-covering tradition, which began in the 1980s, as an expression of a "diffuse fundamentalism", the symbol of an ideologised process whereby Muslims were cutting themselves off by subjugating themselves to a "voluntary servitude".

At the same time, he was equally harsh in his criticism of the devastating violence of American arrogance which – as was the case with the Iraq War – ushered in a repression under the pretext of "liberation" that cast the Arab world back to the colonial era. 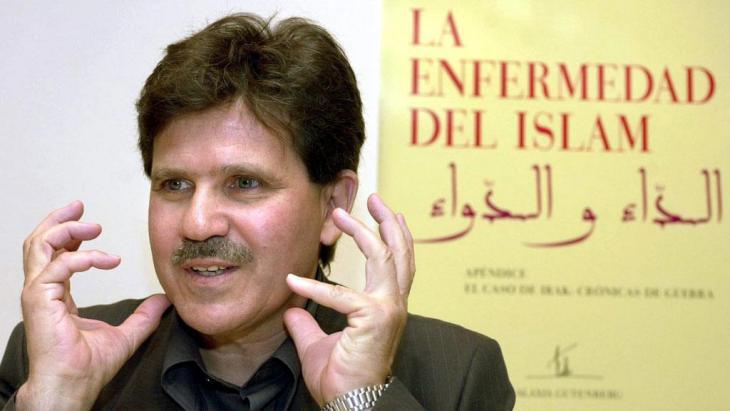 Liberation from a hidebound, dogmatic Islam: Meddeb, who was born in Tunisia, came to France as a young man and studied literature and art history at the Sorbonne in Paris. From the year 1970 onwards, he worked as a writer, essayist, screenwriter, translator and poet

In the publication "Contre-prêches" (counter sermons), Meddeb recalled local rituals and customs for the Feast of the Sacrifice. He wrote: "The survival of the archaic is precious, as it keeps the aesthetic of intemperance alive, of over-exuberance as an extension of being, that allows the gift to circulate."

However, he went on to say that the imparting of knowledge today is carried out in separation from the culture of origin. Indeed, few post-colonial nations have managed to make their educational establishments places for open, productively critical dialogue between local traditions, religious orthodoxy and western-style global learning.

The ensuing vacuum is filled with religious dogmatism, shopping malls and a blind faith in technology, which, for Meddeb, are symptoms of a "subliminal westernisation", that must continue to be rejected if the radical monologism of ideology is not to be called into question.

The fact that today, the word "archaic" in the context of "Islam" only conjures up horrific images of honour killings and IS is indicative of the civilisational tragedy and the lost awareness of Islam's cultural wealth.

Meddeb never tired of bemoaning the cultural amnesia fostered by westernisation and fundamentalism, a condition that affects both Western and Islamic societies in equal measure. What remains is the fatal polarisation of totally entrenched identities perpetuated by phantasms of supposed purity and clarity that are blind to history.

Like few others, Abdelwahab Meddeb made a convincing case for the argument that creativity, development and vitality are only possible through free thought, the crossing of boundaries and "disloyal loyalty" – and not through rigid morals, the pressure to conform, or the other extreme of denial and contemptuous rejection of tradition.

Following the recent brutal attack on Salman Rushdie, famous writers have been reading passages from his works. Torsten Landsberg takes a look at the struggle in 1988 to publish " ... END_OF_DOCUMENT_TOKEN_TO_BE_REPLACED

Much has changed in the European post-fascist firmament since former SS officers, veterans of the collaborationist Vichy government and other dubious figures established the ... END_OF_DOCUMENT_TOKEN_TO_BE_REPLACED

Welcome to the world of Al Qasar, where Arabic music collides head-on with punk and psychedelic to create something powerful and beautiful. "Who Are We" is a raucous, subversive ... END_OF_DOCUMENT_TOKEN_TO_BE_REPLACED

While the ongoing legal dispute between Qatar Airways and European aircraft manufacturer Airbus has sent shockwaves across the entire global aviation sector, it may also threaten ... END_OF_DOCUMENT_TOKEN_TO_BE_REPLACED

END_OF_DOCUMENT_TOKEN_TO_BE_REPLACED
Social media
and networks
Subscribe to our
newsletter