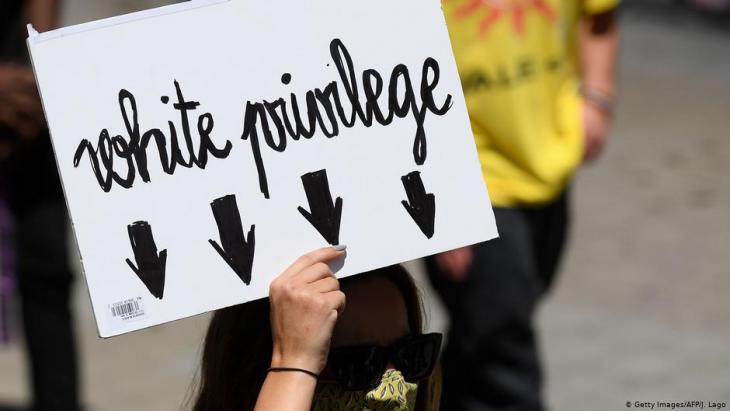 At a time of widespread international protests against racism, triggered by the killing of George Floyd in the United States, there are calls to remove the term race from the German constitution. But not everyone agrees. By Volker Witting

Following the anti-racism protests triggered by the police killing of George Floyd in the USA, two German Green party politicians called for this paragraph of the constitution to be changed.

"The word race should be removed from the Basic Law (Germany's constitution). There is no such thing as race, there are only people," wrote Green co-chair Robert Habeck and party vice-president for the state of Schleswig-Holstein Aminata Toure in the German daily Tageszeitung. They refrained from suggesting an alternative word or an exact alteration.

The word "Rasse" in German, rendered as "race" in the official translation of German law, is described in the German Duden dictionary as dated and potentially discriminatory. The term also translates to "breed", which is used for animals.

Green party co-chair Annalena Baerbock agreed with her colleagues: "'All people are equal before the law' is the first article of our constitution, and Article 3 in its current form undermines this. I think striking the word 'race' is an essential step."

On Friday, Justice Minister Christine Lambrecht from the Social Democrat SPD said she could find no grounds to object to the demand. 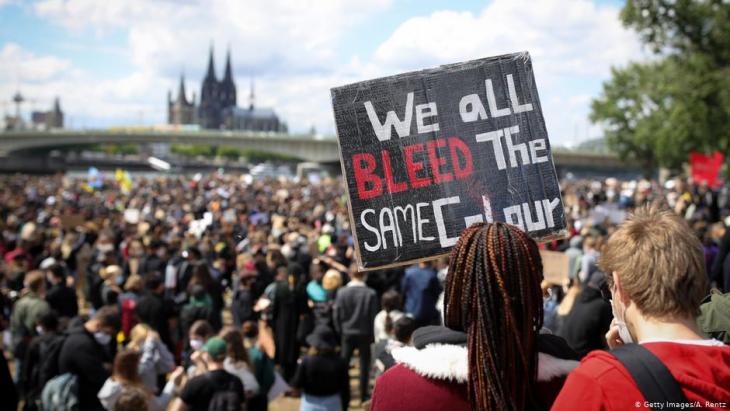 Biologically, there are no different human races: the Jena Declaration published by scientists in 2019 confirmed that "the concept of different human races is in itself a result of racism, not its prerequisite". Even at a molecular level, there are so few differences between populations that humans cannot actually be divided into separate "races" – which begs the question, why keep it in the constitution?

The term race is out-dated and is in itself perceived as racist, explained Hendrik Cremer from Germany's independent Human Rights Institute. "It irritates people, makes them speechless, is seen as hurtful," he added. It dates back to eighteenth century colonialism. What's more, under the National Socialists (Nazis) in the 1930s and 40s, this racist ideology "resulted in monstrous crimes against humanity," Cremer was at pains to point out.

Are there different human races?

Researchers at Jena University published a paper last year stating that a division into "races" on the basis of skin colour, eye colour, or the shape of the skull was what led to persecution, enslavement and the killing of millions of people. The academics state clearly that there are no different human races in a biological sense.

Sufis today are under attack from fundamentalists and modernists alike. At the same time, a new form of Sufism is emerging in the West. By Marian Brehmer END_OF_DOCUMENT_TOKEN_TO_BE_REPLACED

The devaluation of the Egyptian pound combined with rising food prices is taking its toll on Egypt. More and more people are slipping into poverty. Karim El-Gawhary reports from ... END_OF_DOCUMENT_TOKEN_TO_BE_REPLACED

Since returning to power in Afghanistan, the Taliban have steadily eroded the rights and opportunities of women and girls, particularly their access to education. But Afghans are ... END_OF_DOCUMENT_TOKEN_TO_BE_REPLACED

The book "The Invention of the Maghreb: between Africa and the Middle East" prompts us to review basic terminology. This includes terms that we use almost every day as if they are ... END_OF_DOCUMENT_TOKEN_TO_BE_REPLACED

Tunisia has been going through a severe economic and political crisis in recent years. More than one in three young people there are unemployed. For many skilled, qualified and ... END_OF_DOCUMENT_TOKEN_TO_BE_REPLACED

At the end of every year, the team at Qantara.de gives you a run-down of the ten most-read articles on the site over the past 12 months. Here is a quick overview of the stories ... END_OF_DOCUMENT_TOKEN_TO_BE_REPLACED
Author:
Volker Witting
Date:
Mail:
Send via mail

END_OF_DOCUMENT_TOKEN_TO_BE_REPLACED
Social media
and networks
Subscribe to our
newsletter