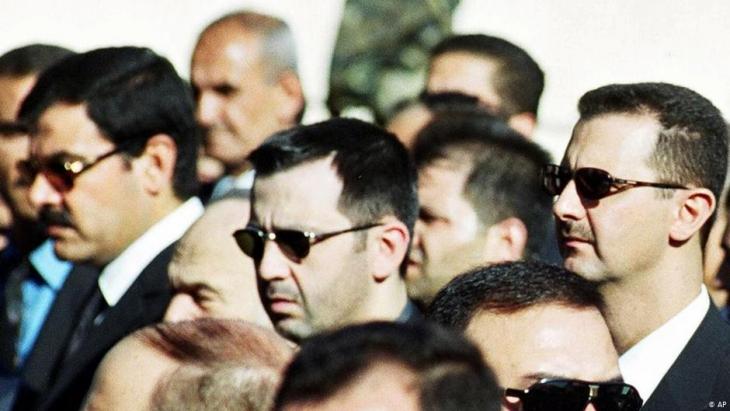 With "Assad or We Burn the Country", Sam Dagher has furnished the world with some genuine ammunition against the Syrian regime's on-going campaign of disinformation. The only Western journalist to have lived in Damascus from 2012, Dagher conducted meticulous research to safeguard his recounting of almost 50 years of Syrian history. Moritz Baumstiger read the book

Dedications on the first pages of books reveal a great deal about their authors. Whom they have a guilty conscience about (partner), whom they are grateful to (biological parents or spiritual foster fathers and mothers).

It's no different in Sam Dagher's work "Assad or We Burn the Country", which tells the story of the rise of the Syrian presidential family up to the turmoil of the civil war – even though the U.S. journalist focuses here instead on his own relationship to his subject. The book is dedicated "To the Syrians who rose up to demand freedom and dignity".

The author’s point of view on a conflict that has been perceived and evaluated so differently is thus clear from the outset. He stands on the side of those Syrians who, after 30 years of Assad rule, began in March 2011 to take to the streets to demonstrate for reforms.

The second clause of the dedication indicates another leitmotif that will run through the nearly 500 pages: beyond the battles taking place in Syria itself, a propaganda war has been raging on an unprecedented scale – and Dagher hopes that his book will furnish some ammunition against the regime's disinformation campaigns.

In order to safeguard his recounting of almost 50 years of Syrian history from counterattacks, Dagher has done meticulous, indeed almost manic research. His sources are cited on almost 70 pages of narrowly spaced text. We often read here: "... in discussion with the author". In fact, Dagher's sources are what make "Assad or We Burn the Country" stand out from the other literature on the Syrian conflict. 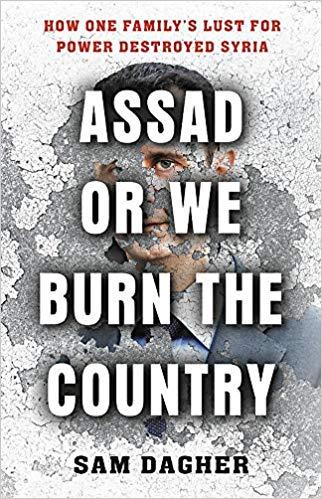 nsights into the Assad enigma: thanks to his contact with Tlass and the latter's relish in indiscretion, Dagher succeeds in drawing a psychogram of a dictator initially hampered by various personal complexes and tics who then tried to compensate for these handicaps through a show of exaggerated masculinity, harshness and cynicism

The U.S. citizen with Lebanese roots is the only Western journalist to have lived in Damascus from 2012 on. Until being expelled from the country in August 2014, he worked as a correspondent for the Wall Street Journal, observing closely how the Assad clan did everything it took to survive.

The parts of the book in which Dagher describes how Hafez Assad set up a system that caused Syrian society to freeze up in fear, a system that his son Bashar inherited, make it easier to understand from a Western point of view some seemingly irrational actions taken by the regime that were in their perfidious calculation in fact extremely effective.

And the passages recounting how Bashar Assad countered the initially peaceful protests with violence from the very start, ultimately besieging and bombing entire towns, districts and cities, are carefully researched and written in the typical tone used by big-name American reporters: always close to the action, yet with an eye to the big picture to allow for a change of scene at just the right moment.

The Syrian catastrophe unfolds almost like in a trailer for a feature film. In the paragraphs where Dagher analyses how hesitation on the part of the West let Assad stride confidently across all "red lines" with an icy smile, and even use chemical weapons against his own people, he draws the right conclusions. But all this is still not what makes the book so special.

Dagher did not discover his most valuable source until he had already been forced to leave Syria. In Paris, he met again and again over the ensuing years with an exile whose appearance and vanity had the media calling him "Syria's Alain Delon". Although he would have liked to become a movie actor, he made a career for himself in the military instead – and after his escape he shared with Dagher his personal insights into the otherwise well-guarded "Palace of the People", which towers over Damascus in all its brutalist bulk.

Manaf Tlass is the son of the long-standing minister of defence under Bashar's father, Hafez, and later became a general in the National Guard. Most importantly, though, he was a close companion of Bashar's brother Bassel, who was the actual heir to the throne, but died in a car accident in 1994. Bashar took over not only his position, but also his circle of friends – and so for decades Manaf Tlass was closer to the dictator than hardly anyone else.

The catastrophic human rights situation in Bahrain is being largely ignored by the rest of the world. Despite all the damning evidence, which includes a Human Rights Watch report ... END_OF_DOCUMENT_TOKEN_TO_BE_REPLACED

The many terrorist attacks France has faced over the last ten years have poisoned the political discourse, especially when it comes to migration. Since 2012 a relentless stream of ... END_OF_DOCUMENT_TOKEN_TO_BE_REPLACED

Etel Adnan, the artist who transcended the borders of culture and language, may have died in Paris, writes Lebanese author Elias Khoury, yet her death holds a mirror up to the ... END_OF_DOCUMENT_TOKEN_TO_BE_REPLACED

Shot, beaten to death or drowned: a demonstration by tens of thousands of Algerians ended in the "Paris Massacre" on 17 October 1961. Sixty years on, historians and victims' ... END_OF_DOCUMENT_TOKEN_TO_BE_REPLACED

Western states have fought against terrorism not only in Afghanistan, but also in Syria and Iraq – leaving behind people who were once their partners in fear and poverty. Hisham A ... END_OF_DOCUMENT_TOKEN_TO_BE_REPLACED

Newly discovered aerial photographs taken by the German Luftwaffe show what a keen interest the Germans took in British-controlled Palestine during the Second World War. Not only ... END_OF_DOCUMENT_TOKEN_TO_BE_REPLACED

Comments for this article: Psychogram of a Syrian dictator

According to wikipedia, "A psychogram is a term sometimes used in fields within psychology such as personality theory and perception as well as graphology and handwriting analysis, although the term has multiple senses, many of them out-of-date, and none of the senses of the term are defined clearly or used consistently."

END_OF_DOCUMENT_TOKEN_TO_BE_REPLACED
Social media
and networks
Subscribe to our
newsletter