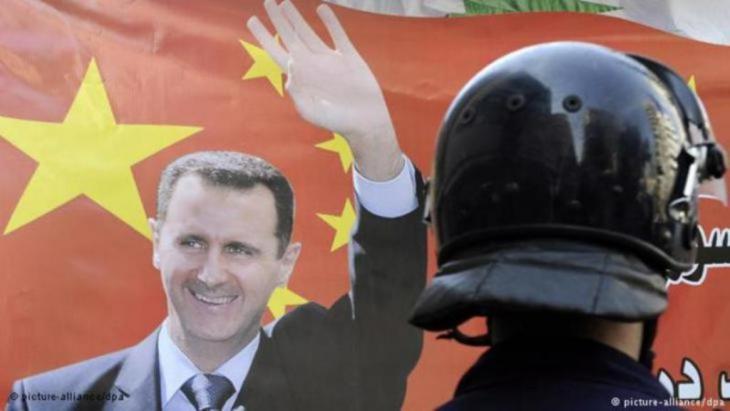 The decline of humanism in the Arab world

With an iron fist

Gone the dream of a modern Arab civil society. Syrian writer Nasser Rabbat examines the historical causes for despotism, tyranny and oppression in the Arab world

The union between Syria and Egypt only lasted from 1958 to 1961. At the time, I was still a little boy in Damascus. One of the few things I can remember from that era is the sight of Egyptian President Gamal Abdel Nasser on the balcony of the official guest house addressing an enthusiastic, frenetically cheering crowd in the square below. At the tender age of four, I imagined the crowd was cheering me as it chanted 'Nasser, Nasser'!

I also recall my parents' furtive, whispered conversations about the increasingly tight control exercised by the secret services and the intimidation, torture and sometimes even murder of opposition activists. Despotism in itself was certainly nothing new in Syria; nor was torture. What was new was the organised structure applied to this oppression by the secret services run by Abdel Hamid al-Sarraj, Syria's strong man at the time.

It all became very methodical and institutionalised, which meant that in the hands of the regime, control, censorship, spying and torture became, from that point on, the state-monopolised means of silencing – and in some cases even liquidating – all opposition. The aim was to intimidate the citizens to such a degree that they would not even contemplate engaging in any activity that could possibly displease the ruling regime.

Before al-Sarraj and Abdel-Nasser, state oppression was a matter of moods and circumstances; it was often driven by very personal, tribal, or clientage considerations, as well as by values of macho masculinity – namely magnanimity and forgiveness – that were deeply rooted in the pre-Modern structures of most of the very young Arab nation sates. After al-Sarraj and Abdel-Nasser, however, state persecution became an integral, structural part of the state apparatus and one of its primary instruments of control. Models were imported and adapted from both West and East, from the CIA and the French Deuxieme Bureau to the KGB and the East German Stasi.

All power to the secret service

This model subsequently caught on in all other Arab countries – monarchies, emirates, or republics alike. In the second half of the twentieth century, the regimes, which began their political lives with a mixture of long-established customs and traditions (naturally despotic), underwent diverse development of their organisational structures and ruling apparatus. In the process, the secret services received more funding, higher recruitment and better equipment than any other state establishment and were granted legal and financial leniency to operate at will. 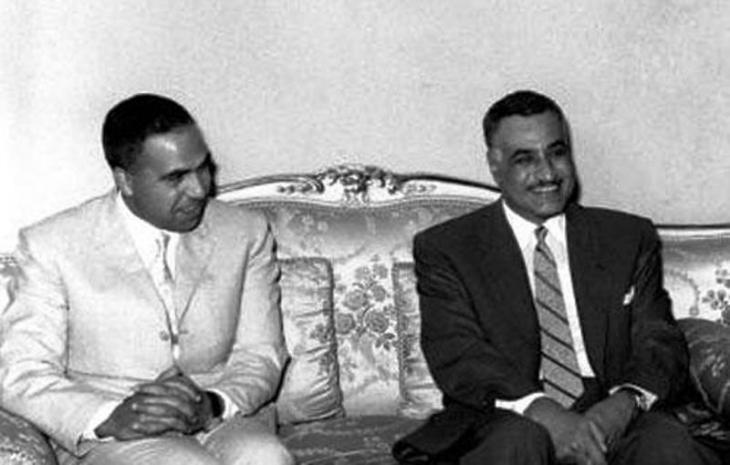 As a result, the secret services became the most powerful and most independent state institutions; they were no longer accountable to anyone except the all-powerful, autocratic ruler who had evolved out of the old pseudo-political systems and who needed stronger security services to protect him and safeguard his regime. Suppression and torture thus became methodical: their tools, concepts and authority became deeply rooted in the collective Arab consciousness from the Atlantic to the Gulf. Terms such as 'informer', 'security agent' and 'nocturnal visitor' entered the modern lexicon as new synonyms of older scary descriptors that teetered on the edge of the real, such as 'bogeyman', 'monster' and 'ghost.'

Systems based on total control

This essentially political development, which intensified with the increasing dependence of the republican Arab regimes on the singular all-powerful absolute ruler after the crushing defeat of 1967, was moulded by a deeper cultural and epistemological stagnation that was way more devastating in the long term. In fact, the rising cruelty of the ruling regimes and the tightening of their grip on the lives of their citizens did not come from a void. It stemmed from deeply rooted cultural tendencies that prepared the way for the mounting tyranny of the regimes that we witnessed in the last three decades, especially after the revolts of the ″Arab Spring″.

Of course, in the background lurks the glaring failure in achieving the dream of a modern Arab civil society, especially after the military coups of the 1950s and 60s and the subsequent rise of ruthless regimes that had no respect for their citizens. But even this blatant failure has its roots in a much older totalitarian heritage in which emirs, kings and sultans enjoyed unquestioned absolute power and were supported by a class of religious scholars or ulama who provided the Islamic legal framework to legitimate it. The ulama acquiesced to the system of role distribution between them and the ruling class in return for employment and financial benefit. They became the 'people of the pen,' running the administration and justifying the heavy-handed policies of their masters, 'the people of the sword,' who controlled all political, military and fiscal power.

Little changed with the emergence of modern nation-states in the twentieth century.  For despite the modern gloss the national regimes and the educated classes felt compelled to apply to these antiquated traditions, no real change was made to customary practices. What's more, they were hardly ever questioned and very rarely criticised. Instead, the ruling classes manipulated these same traditional practices to further consolidate their claims on power, even though members of these classes disregarded traditions in their private lives. Things stayed that way even when particularly 'progressive' political movements such as the Baath party in Syria and Iraq came to power or when Anwar al-Sadat succeeded Abdel-Nasser in Egypt and pursued a pro-Western, liberal, market-oriented policies. 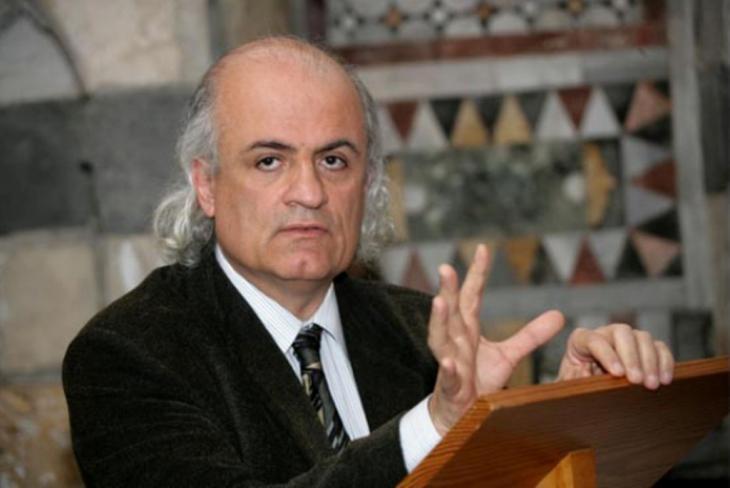 Cynicism, indifference and the decline of humanistic values in the Arab world: "but we too – the humans, the people, the citizens, the individuals – have lost our humanity. We have come to accept the brutality of the tyrannical regimes as a given. We no longer question the catastrophic human rights situation. We have completely forgotten our prisoners and our victims of torture," criticises Nasser Rabbat

Things were of course much easier for the more traditional regimes because they never even had to pretend to be modern. They just maintained their traditional structures of rule and supplemented them with modern methods of oppression.

The gradual decline of humanism

In these adverse circumstances, the tender shoots of humanism, which had reached us among other products of modern thought, naturally had a very difficult time taking root. They struggled and, after a brief period of bloom, withered away and died under the heavy weight of the old heritage that favoured the rights of the collective over the rights of the individual on the one hand and the iron fist policy with which all Arab regimes ruled – without any noteworthy exceptions – on the other.

The first victims of the decline were the already modest legal and constitutional rights achieved during the short period of parliamentarianism following independence from colonial rule. They were completely done away with by the totalitarian regimes of the late twentieth century. This was followed by the decline of humanist, critical thought, which had briefly germinated during the early twentieth century in the works of thinkers and literary figures from the countries of the Levant, Egypt, Iraq and North Africa. Next came the dismantling of the very modest trade unions, which were forcibly turned into propaganda conduits for the regimes.

All of this made it possible for the dictatorial regimes to evade all political, legal, or constitutional restrictions on their power. Their despotism thus raged untamed. The number of prisoners of conscience or political prisoners held without trial or charge, tortured – and in many cases, killed – sky-rocketed. The regimes no longer needed any justifications for their heinous actions. They quite simply denied what they were doing and took great care to ensure that all information about their brutal practices remained secret.

This is how we have ended up where we are today. On the one hand, our rotten regimes try to outdo each other in oppression, imprisonment, expulsion, revocation of citizenship, torture, murder and arbitrary attacks on rebellious areas. On the other, their rebellious, armed enemies of all political and religious hues (although it must be said that the jihadist takfiri groups dominate) try to outdo each other in explosives, suicide bombings, murder and torture. Both sides have lost their humanity, or have intentionally discarded it along with the rest of the humanist culture they have rejected.

But we too – the humans, the people, the citizens, the individuals – have lost our humanity. We have come to accept the brutality of the tyrannical regimes as a given. We no longer question the catastrophic human rights situation. We have completely forgotten our prisoners and our victims of torture. Instead, we have become addicted to watching scenes of torture on social media, which in fact score the highest numbers of viewing.

The Japanese Orientalist Nobuaki Notohara wasn't revealing any secrets when he wrote the following in 2003: ‘Similarly, responsibility for… political prisoners [meaning those fighting for civil and human rights] who sacrificed themselves for society is lacking; society itself has abandoned these courageous people. People in Arab countries see the problems of political prisoners as a private problem of the family of each prisoner.'

All I can add is that it is not merely public engagement that is lacking, but a sense of humanity too.

Nasser Rabbat is a Syrian writer and professor at the Massachusetts Institute of Technology (MIT).

Recep Tayyip Erdogan, disappointed by the European Union’s reluctance to integrate Turkey into its ranks, has re-directed his country’s diplomacy toward the Maghreb and Africa to ... END_OF_DOCUMENT_TOKEN_TO_BE_REPLACED

The Egyptian series "El-Ekhteyar 2" was created by a production company with close ties to the military – and pursues a corresponding narrative. Moritz Baumstieger explains how ... END_OF_DOCUMENT_TOKEN_TO_BE_REPLACED

Looking to mobilise the Egyptians, Abdul Fattah al-Sisi and his ministers will refer to them as the "people". As soon as the Egyptians demand something of the state, however, they ... END_OF_DOCUMENT_TOKEN_TO_BE_REPLACED

The rollout of coronavirus vaccines in the Middle East and North Africa is already taking place on a massive scale, with the United Arab Emirates leading the way. Nevertheless, ... END_OF_DOCUMENT_TOKEN_TO_BE_REPLACED

Egyptian singer Umm Kulthum continuous to be an icon, almost 100 years after she published her first record. But what about the other famous women of the 1920s? In his new book, ... END_OF_DOCUMENT_TOKEN_TO_BE_REPLACED
Author:
Nasser Rabbat
Date:
Mail:
Send via mail

END_OF_DOCUMENT_TOKEN_TO_BE_REPLACED
Social media
and networks
Subscribe to our
newsletter