Abouzahr thinks that the reason he cultivates his Arab heritage so proudly – unlike many locals – is that he didn't grow up there. "After fleeing Lebanon, my father hated everything to do with the identity imposed on him by his homeland. Islam, Arabism, the whole Middle East. But no one in the USA ever dictated to me what Arab and Muslim identity had to mean. In an Arab country, you are immediately pigeonholed: 'Are you a Muslim Brother?' 'What do you think of the Copts?' 'What about the Kurds?' 'Are you a nationalist?' 'Why aren't you part of the community of this or that sheikh?'" Many young Arabs have had enough of this constant pressure, he says, and are now concentrating on foreign languages – as long as they have a chance at an education in the Gulf States or Lebanon. "This is the only way they can get their hands on coveted positions in international companies and escape the stranglehold of their own society," explains Abouzahr.

Modern Standard Arabic is therefore not something many people take pride in. But even worse is that so few find in it an enjoyable pursuit.

This is mainly due to the Arab education system, which in all Arab states seems determined to systematically drive out any pleasure students might derive from learning their mother tongue by insisting on dull memorisation. And any explanation of how all the ornate letters might have something to do with real life is certainly not on the curriculum – despite a prolific Arabic literary tradition spanning centuries. 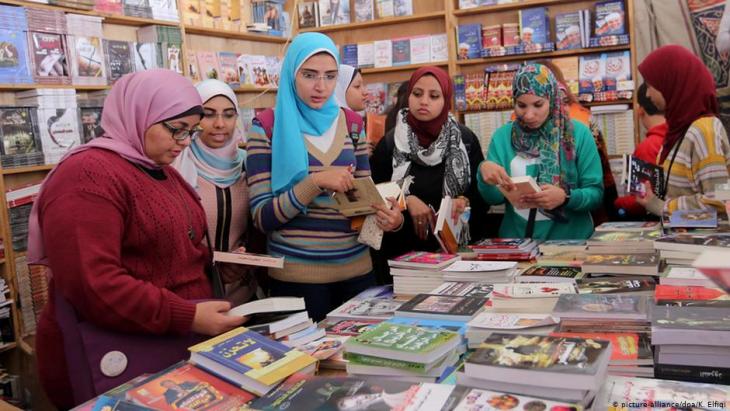 An official strategy of discouragement: in 2011 around 17,000 new titles were published, 2,400 of them translations into Arabic. With its 360 million inhabitants, the Arab world thus produced as many books as Romania with its population of 21 million

It's not as if Arabs do not know their authors. On the contrary: in contrast to those in the West, the average Arab citizen is able to recite verse upon verse by heart. The only question is – if someone quotes for example Al-Mutanabbi (ca. 915–965) as saying: "Fear is nothing other than what people think is fearful; security is felt wherever one believes oneself to be safe" – is he quoting the poet because he has learned Al-Mutanabbi's words by heart through constant memorisation, or because he actually agrees with the thinking of the eloquent Iraqi?

Is he, for example, aware that Al-Mutanabbi sympathised with the Qarmatians, a sect that established its own republic in Bahrain in the 9th century based on equality and community property, and which then ultimately propagated atheism and even stole the Kaaba from Mecca?

Today's leaders in the Middle East are clearly not interested in launching a knowledgeable discussion of such historical details. But there is also contemporary literature that is politically harmless yet written in a stirring manner. For example Ghada Abdelaal's "I Want to Marry", in which the young Egyptian sarcastically describes the ten marriage candidates she rejected, driving her mother to despair and causing her to have nightly conversations with the refrigerator.

Reading material like this has failed to make its way into the classroom. Abdelaal after all writes in Egyptian dialect, and Arab ministries of education do not want to make their neglect of Modern Standard Arabic official by promoting dialects. What may put them in an even more precarious position is that anyone who acquires a taste for reading might be encouraged to keep reading. Or even to write themselves. 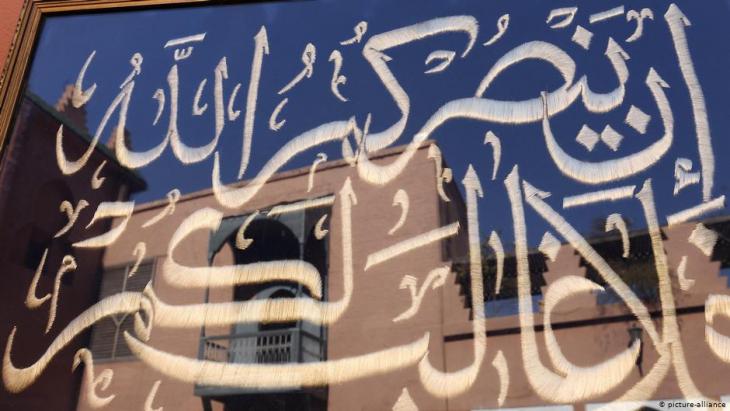 To whom does Modern Standard Arabic belong? If the ability to use the language skilfully is reserved mainly for political despots or religious zealots in today's Middle East, then the danger of manipulation is obvious. Islamist extremists, for example, have long been discussing how to justify looting and pillaging in religious terms. As proof, they cite "Modern Standard Arabic" terms they have coined themselves

Just how successful the authorities' strategy of discouragement has been is demonstrated by the Arab book market: in 2011 around 17,000 new titles were published, 2,400 of them translations into Arabic. With its 360 million inhabitants, the Arab world thus produced as many books as Romania with its population of 21 million.

It is hard to deny that the Arab regimes have fostered with their omnipresent censorship and meaningless school instruction a lack of interest in Modern Standard Arabic. But have they also spurred people's interest in their own dialect? So that we can speak of a kind of self-denial when it comes to speaking the standard language?

Abouzahr is convinced that this is the case. The Arabs have certainly always cultivated their dialects, he maintains, but in the last 70 years they have been ruled everywhere by autocrats who have brought them nothing but political anxiety and economic troubles. These rulers hold forth on every television channel and in every newspaper article in the standard language. It is understandable why this would fuel people's need for their own form of expression.

This often happens unconsciously, but sometimes also very consciously, says Abouzahr, citing Ahmad Fuad Negm. The Egyptian people's poet and lifelong revolutionary, who died in 2013, always wrote in dialect – "and his autobiography reads as though he were constantly giving the finger to the state authorities. It is no coincidence that during the Egyptian Revolution in 2011 the demonstrators marched through the streets loudly quoting from his poem 'Who Are They and Who Are We?'" laughs Abouzahr.

In the final analysis, this leads to a question that is anything but amusing: who controls the written language? If the ability to use it skilfully is reserved mainly for political despots or religious zealots in today's Middle East, then the danger of manipulation is obvious.

Islamist extremists, for example, have long been discussing how to justify looting and pillaging in religious terms. As proof, they cite "Modern Standard Arabic" terms they have coined themselves.

Social media make many things possible – including the unwanted circulation of intimate private photos. This has given rise to new forms of crime and sexual blackmail. An ... END_OF_DOCUMENT_TOKEN_TO_BE_REPLACED

The change in U.S. president is also having an impact on the conflict between Turkey and Greece. Since the USA has started to play the Greek card, the strategic situation in the ... END_OF_DOCUMENT_TOKEN_TO_BE_REPLACED

Arab women played a leading role in the protest movement of 2011. Since then, ongoing social transformation has had a considerable impact on their lives. What is their assessment ... END_OF_DOCUMENT_TOKEN_TO_BE_REPLACED

They’ve already got the Louvre; they’ll soon have a Guggenheim Museum as well – and now the Emirates have added literature to their quest for cultural supremacy in the Arab world ... END_OF_DOCUMENT_TOKEN_TO_BE_REPLACED

Years in the making, Sisi's elite New Administrative Capital will isolate most Egyptians from their centres of government in an effort to fortify the regime against any social ... END_OF_DOCUMENT_TOKEN_TO_BE_REPLACED

Professor Timothy Brennan's "Places of Mind: A Life of Edward Said" is a detailed biography of one of the most important intellectuals of the twentieth century, taking us on a ... END_OF_DOCUMENT_TOKEN_TO_BE_REPLACED
Author:
Mona Sarkis
Date:
Mail:
Send via mail

END_OF_DOCUMENT_TOKEN_TO_BE_REPLACED
Social media
and networks
Subscribe to our
newsletter