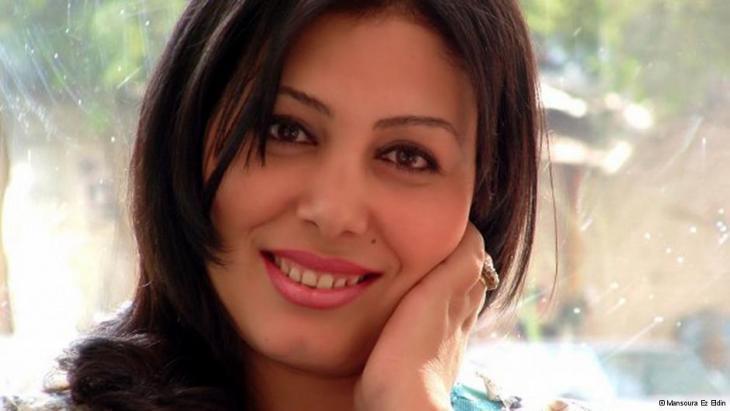 The Democratic Process in Egypt

The Success of Democracy is Not a Question of Education

﻿Although she recognises the dangers inherent in an uneducated society, Egyptian author Mansoura Ez-Eldin disputes the political belief that it takes a learned population to create a democracy. The problem is more a fundamental lack of political education and a poor understanding of democratic principles at all levels

﻿If post-revolution Egypt is anything to go by, the democratisation process is clearly very difficult in societies with high levels of illiteracy and inadequate education. Every election from which the religious right-wing emerges victorious is decried as testimony to "a lack of awareness among the masses".

While some go as far as to suggest that the "uneducated" should have their voting rights revoked, others say that their ballots should only carry half as much weight as those of educated members of society. A number of politicians believe there is no hope for democracy in a state with high levels of illiteracy and claim that while they are backed by the educated, their opponents' followers are misguided illiterates.

The majority of those who hold such opinions supposedly belong to the "democratic camp", yet they see no contradiction in wanting to dictate the rules and deprive a large part of the population of the right to vote. The issue of illiteracy in Egypt and its role as a hurdle to democracy divides opinion between those who blame the uneducated and impoverished for the rise of the radical right-wing, and those who scream "arrogant elitism" the moment illiteracy is suggested as a reason for slow societal development.

But between these two positions is a broad spectrum of nuance. There is no doubting how hard it is to establish a democracy that upholds civil and human rights in a society where so many don't have access to good and decent education. But here, there are two important things to consider.

The first is self-evident: a high level of illiteracy can never justify a dictatorship on the basis that the people are "not ready" for democracy. Only too well do Egyptians remember the ease with which Hosni Mubarak and his now deceased head of intelligence, Omar Suleiman, used this line as an excuse for their own actions.

The other point is that a lack of reading and writing skills are not the only problem. It is more about a fundamental lack of political education, which distorts the broader view of democracy and doesn't teach people the value of human rights and equality. 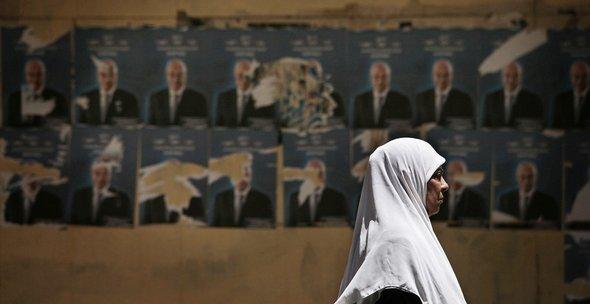 No hope for democracy in Egypt? Mansoura Ez-Eldin writes that although Egypt's education system is in urgent need of reform, the failings of the democratic process in Egypt cannot be laid at the door of the uneducated and illiterate

​​If there is to be a successful transition to democracy, it is important to reform the existing education system. We have to ensure that curricula bear no trace of the dictatorship that existed for decades, religious fanaticism or propaganda from the current government.

A neglected education system has much to answer for. Some Egyptian university graduates, for example, believe that the issues of murder, torture and human rights violations are not important when it comes to electing a president. As far as they are concerned, a democratically elected dictator is legitimised at the ballot box.

It is not surprising, therefore, when that elected president – either out of ignorance or with manipulative intent – amalgamates his democratic election with the Islamic concept of the "vow of fidelity," which calls for absolute obedience to the leader and demonises any ﻿opposition or protest against him.

Battle between heaven and hell

After six decades under a dictator – during which time the quality of state schools and universities was in constant decline – it is hardly surprising that the term democracy is only a vague concept in the minds of the people. As such, efforts to secure democracy come up against numerous obstacles.

The most dangerous of these obstacles is an alliance between the heirs of the military dictatorship and a budding clerical dictatorship that uses religion to its own ends. In the absence of societal resistance, such a union could lead to religious fanaticism, and by turns to members of the opposition being branded infidels and their blood being shed in the name of religion.

What we need, therefore, is to reform confessional education, to liberate religious discourse from its defamatory and discriminatory views towards women and those of other faiths. Some preachers and religious scholars use their standing to influence the devout by promising them a ticket to paradise if they vote for the Islamic candidate at the ballot box. Political competition thus becomes a battle between heaven and hell, in which simple people are easy prey and their interests ignored.

But are the uneducated really the only ones who allow themselves to be manipulated in such ways?

Misguided illiterates? Mansoura Ez-Eldin says that it is wrong to assume that the uneducated and illiterate are the only ones who allow themselves to be politically manipulated and points out that they do indeed shift their allegiance if they are unhappy with the party they voted for

​​Although the percentage of votes for religious right-wing radicals is highest in places where there are also high levels of illiteracy, it would be wrong to use that fact as a general reproach against the uneducated. The fact is that they instinctively side with whomever they most trust to solve their problems and vote for whomever is willing to do the legwork.

That said, they are not beyond shifting allegiance once they realise they have been cheated. They don't reach decisions on an "irrational" basis, but on that of experience and past mistakes. They can react to change and are not committed to one party forever. Voters should – regardless of their level of education – have the right to act in accordance with their beliefs and should not then be accused of insufficient political awareness or an inability to differentiate.

On the other hand, highly educated academics have often been known to think in terms of status, even if that is completely contrary to civil rights and freedom.

A slow and gradual process

It is unfair to criticise the uneducated every time the democratisation process flounders. At the same time, it would be hypocritical to deny that widespread illiteracy is a problem that is in desperate need of attention. The reform and development of the education system is a lengthy process that requires a fundamental desire for change.

And until that desire exists, it is up to civil organisations, independent civil rights groups and political parties to create a political awareness, to make citizens – regardless of their differences – aware of their rights and duties, and to push for the overhaul of the education system.

In short, we have to be aware that after decades of repression, the road to a lasting liberal democracy is slow and difficult and requires steady efforts on many fronts. It is the only way we can identify the mistakes made as a result of bad education and it will make it easier for us to find solutions that genuinely guarantee equality among all citizens – regardless of their origin or education.

In 2010, the Egyptian author Mansoura Ez-Eldin was the only woman nominated for the International Prize for Arabic Fiction. The modernisation processes in Egyptian daily life play a major role in her work.

The change in U.S. president is also having an impact on the conflict between Turkey and Greece. Since the USA has started to play the Greek card, the strategic situation in the ... END_OF_DOCUMENT_TOKEN_TO_BE_REPLACED

Arab women played a leading role in the protest movement of 2011. Since then, ongoing social transformation has had a considerable impact on their lives. What is their assessment ... END_OF_DOCUMENT_TOKEN_TO_BE_REPLACED

They’ve already got the Louvre; they’ll soon have a Guggenheim Museum as well – and now the Emirates have added literature to their quest for cultural supremacy in the Arab world ... END_OF_DOCUMENT_TOKEN_TO_BE_REPLACED

Years in the making, Sisi's elite New Administrative Capital will isolate most Egyptians from their centres of government in an effort to fortify the regime against any social ... END_OF_DOCUMENT_TOKEN_TO_BE_REPLACED

Professor Timothy Brennan's "Places of Mind: A Life of Edward Said" is a detailed biography of one of the most important intellectuals of the twentieth century, taking us on a ... END_OF_DOCUMENT_TOKEN_TO_BE_REPLACED

China has long portrayed itself as a strong supporter of the Palestinian cause. It has also claimed that in sharp contrast to the stance of the USA, its position is based on ... END_OF_DOCUMENT_TOKEN_TO_BE_REPLACED

Comments for this article: The Success of Democracy is Not a Question of Education

I don't agree with this author about the "slow and gradual process".of democratisation process without finding the way to fix its current issues. The educated egyptian know best about their country and how to fix it although the educated-voter idea is not completely right. The real issue is the poor. They must prevent the poor from voting because the poor can easily be bought.

democracy and mass illiteracy can't go together. In order for democracy to function effectively, there must be educated people without whom democracy will not deliver. If people are well informed and chose their representative carefully, they have solved their problems initially. They can take active part in policy making by giving their public opinion of government efficiency. Thus, it is essential that people be educated.

END_OF_DOCUMENT_TOKEN_TO_BE_REPLACED
Social media
and networks
Subscribe to our
newsletter