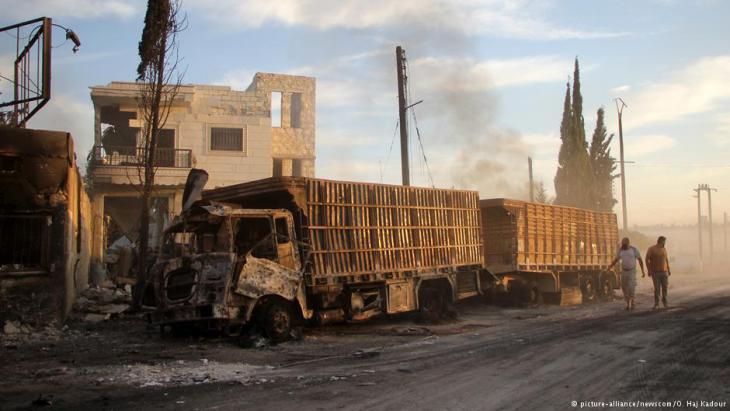 The destruction of Aleppo
Surrendering our soul

We must halt the massacre in Aleppo. Whatever the cost, we must stop the massive, random, indiscriminate bombings – and, worst of all, the discriminate ones aimed chiefly at civilians, humanitarian convoys and hospitals – that the forces of Bashar al-Assad and Russia have resumed with a vengeance in and around what was once Syria′s most populous city.

We must call a halt in the days (if not hours) ahead to the rain of steel, the cluster and phosphorus bombs and the barrels of chlorine dropped from low-flying government helicopters on the last parts of Aleppo held by moderate rebels. The world, with the democracies out front, cannot fail to respond to the horrifying images, relayed by the few witnesses still there.

Those images are of children′s shrivelled, vitrified bodies; of the wounded whose limbs, for lack of drugs, have been amputated by desperate doctors who are soon massacred themselves; of women mown down by rocket fire, as in Sarajevo 24 years ago, while waiting in line to buy yoghurt or bread; of volunteers struck down while digging through the rubble in search of survivors; of human beings drained of strength, surviving in filth and waste, saying goodbye to life.

There is no dilemma

We must smother the columns of fire and smoke.

We must dispel the clouds of flaming gas streaming from the murderers′ unprecedentedly sophisticated weapons.

We must act because we can act. 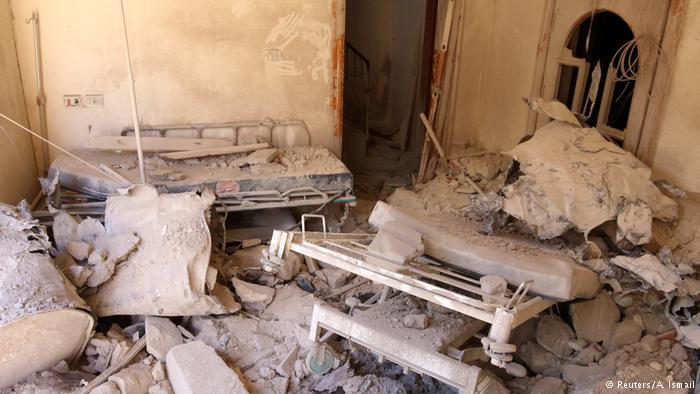 Assad's mighty sponsors: "For five years, Iran and Russia have systematically blocked every attempt at a resolution emanating from the United Nations. Russian planes have, in several well-documented instances, openly participated in Assad′s massive campaign against civilians," writes Levy

And we can act because those who are responsible for this carnage, for these war crimes, for an urbicide in which probable crimes against humanity are compounded by the destruction of sites of memory and culture that counted among the world′s vital heritage, are not hiding. They are standing in plain sight as they destroy Syria′s most cosmopolitan, wondrously alive city, doing nothing to hide their acts. We know who they are.

I mean, of course, the regime in Damascus, which years ago we should have begun to deal with as we dealt with Muammar al-Gaddafi′s regime.

I mean, too, the regime′s Iranian and, above all, Russian sponsors. For five years, they have systematically blocked every attempt at a resolution emanating from the United Nations. Russian planes have, in several well-documented instances, openly participated in Assad′s massive campaign against civilians. Indeed, the Kremlin appears increasingly determined to apply to Syria the policy practised in Chechnya, namely to ″kick into the crapper″ those whom Foreign Minister Sergei Lavrov is again mendaciously labelling ″terrorists″.

We in Europe can draw our own red line

Given these facts, there is no dilemma about whether it is necessary to act.

But, because the United States adopted the position it did three years ago, after President Barack Obama chose not to punish Assad for using chemical weapons (a red line that Obama himself had drawn), I fear that the responsibility falls chiefly, if not exclusively, on Europe. 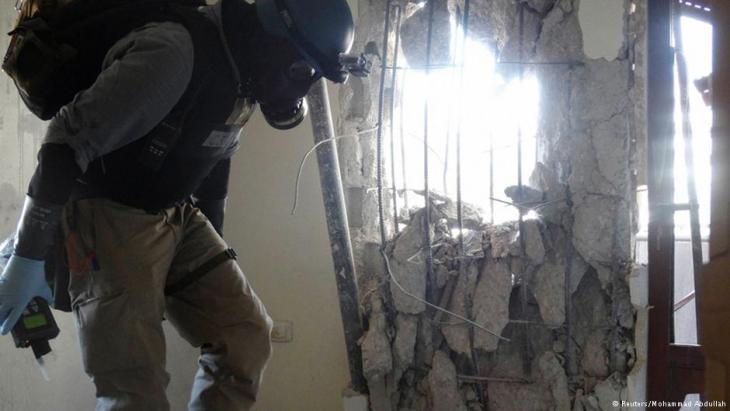 Bernard-Henri Levy: "Aleppo – dying with its boots on – is our shame, our crime of omission, our self-abasement, our capitulation in the face of brute force, our acceptance of the worst in humanity"

It′s our choice. We in Europe can draw our own red line, warning Russia that, if the line is crossed, we will increase sanctions against it as a state henceforth held to be responsible for the crimes of its Syrian vassal. We can also immediately take the initiative to establish a forum for negotiation and pressure akin to the ″Normandy format″ that President Francois Hollande and Chancellor Angela Merkel successfully conceived two years ago to contain the war in Ukraine. In so acting, we can force the aggressor to come to terms.

Or we can do nothing and acquiesce in another Sarajevo, as Francois Delattre, France′s ambassador to the United Nations, put it; we can run the risk of an Arab Guernica, with Russian aircraft in the role of the German Condor Legion over the skies of Republican Spain in 1936. In that case, we would not only reap dishonour, but also, to paraphrase Winston Churchill, raise to extreme levels all of our present dangers, starting with a dramatic increase in the tide of refugees, most of whom have fled Syria as a direct consequence of the world′s non-intervention.

This is where we stand: Aleppo, besieged and in ruins, exhausted and abandoned by the world, yet defiant – dying with its boots on – is our shame, our crime of omission, our self-abasement, our capitulation in the face of brute force, our acceptance of the worst in humanity. Aleppo, which no longer cries out, is dying and cursing the West. And Europe, on the front line, risks its future and a part of its identity as the people it could not protect press at its borders, asking to be let in.

Will Europe surrender, in Aleppo, what remains of its soul, or will it pull itself together, hold up its head, and do what it must?

If Europe can′t or won′t answer that question, all of the other questions and crises it is facing may well become irrelevant.

Research project "The Global Qur'an", brainchild of Professor of Islamic Studies Johanna Pink and sponsored by the European Research Council, analyses the history and ... END_OF_DOCUMENT_TOKEN_TO_BE_REPLACED

A wedding extravaganza of bright colours, flowers, feasting and dancing, yet the bride, Nefie Eminkova, who comes from Bulgaria's Pomak – Muslim – minority, can see none of it. ... END_OF_DOCUMENT_TOKEN_TO_BE_REPLACED

As the Western world emerges from a holiday season made less festive by COVID-19, millions of children in Afghanistan are starting 2022 facing the prospect of famine, illness, and ... END_OF_DOCUMENT_TOKEN_TO_BE_REPLACED

Every year in December, the team at Qantara.de takes a look back at the articles that proved most popular with our readers. This year is no different. Here is a run-down of the ... END_OF_DOCUMENT_TOKEN_TO_BE_REPLACED

Jesus – Issa in Arabic – doesn’t merely enjoy the highest place among the prophets in the Koran. He is also revered in Islam’s mystical tradition for his message of love and mercy ... END_OF_DOCUMENT_TOKEN_TO_BE_REPLACED

The military in Sudan has never waged war against a neighbour, but it has already staged 17 coups. Tens of thousands of people are risking their lives to oust the military by ... END_OF_DOCUMENT_TOKEN_TO_BE_REPLACED
Author:
Bernard-Henri Lévy
Date:
Mail:
Send via mail

END_OF_DOCUMENT_TOKEN_TO_BE_REPLACED
Social media
and networks
Subscribe to our
newsletter