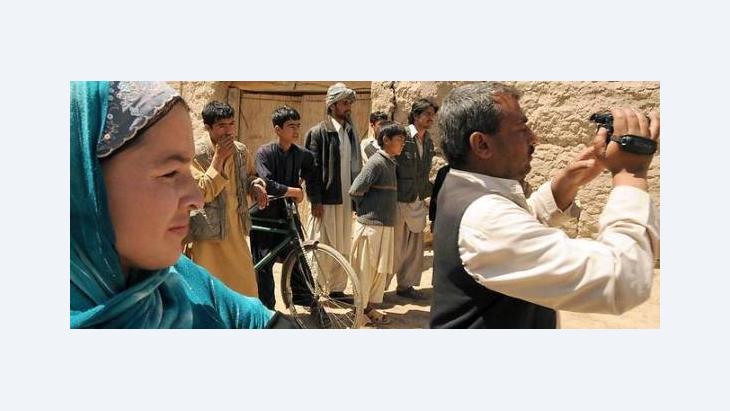 The Documentary ''Generation Kunduz''
The War of the Others

﻿"Generation Kunduz" is a documentary film that portrays the stark reality of life for people in the province of Kunduz. "I did the most banal thing there is," says director Martin Gerner on the subject of his film. "I went to the people." A review by Marian Brehmer

Into the shot comes little Mirwais, who works as a shoeshine boy on the streets of Kunduz. We follow the 10-year-old through the traffic of his city, of which we know nothing but what the headlines tell us. Mirwais at once becomes our guide, transforming our view framed by war reports. We become acquainted with the perspective of a child.

Mirwais explains a war to us that many have long-since ceased to understand. In a tone almost as dispassionate as that of a political commentator, the boy talks about airplanes, dead people and about "NATO or something". For the child barely able to live out anything resembling an innocent childhood, the war that rages out there is the "War of The Others" – the subtitle of Martin Gerner's film. 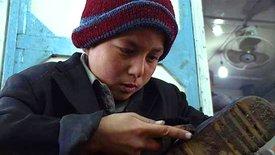 Shifting from the object to the subject perspective: Mirwais in Martin Gerner's "Generation Kunduz"

​​"I did the most banal thing there is," says director Martin Gerner on the subject of his film. "I went to the people." The strength of Gerner's film lies in its restraint: nothing is evaluated or commented upon. The protagonists stand alone, they all occupy their own space. Their ideas and desires are the unifying theme running through the film.

For Martin Gerner, this is how the Afghans shift from "the object to the subject perspective". The approach is highly successful, and we hear for example from the young female radio journalist talking about progress in women's rights, and the student Hasib who is working in Kunduz as a volunteer election observer.

Over breakfast, Hasib complains about price hikes and the steep rise in unemployment. And this although millions of foreign Euros have poured into the country. In the next scene, Hasib reveals himself to be a fan of Jackie Chan. After all, says Hasib, he fights with everything he finds, even with spoons. Before our very eyes, this apparent triviality turns the young Afghan into something that he is: a person who worships a martial artist with just as much enthusiasm as any film fan would do. Hasib is not just an Afghan living on the war frontline.

Then comes the scene in the car. Hasib talks about speeding NATO vehicles that sometimes ram other vehicles triggering fear among the population. The war is a perpetual subject of conversation, looming again and again within reach. Gerner knows exactly how to convey to the viewer the tension between normality and conflict in the life of his protagonists.

The dangers of trust

​​His knowledge of the national languages means his protagonists feel an immediate sense of confidence in him. Those he profiles are willing to open up the doors of their world to him. This affords Gerner insights into Afghanistan that few foreign journalists have ever been granted.

There are setbacks, and these are included in the film: The young radio presenter no longer wants to talk to the director because her fiancé forbids it. Shortly before, she had criticised the fact that jurisdiction in Afghanistan is dominated by men.

On the one side the film celebrates the dynamism and exuberance of these young people. But it is a confidence repeatedly blighted by the bitter realities of life in a devastated country. The viewer is confronted with this blend of hope and hopelessness – and it is just this that brings him closer to the reality of Afghanistan than any embedded television feature from the Hindu Kush could ever do.

Home
Print
Newsletter
More on this topic
The Jump Cut Film Collective: A Spirit of Confidence in Kabul's Film ScenePsychotherapy in Kabul: Counseling for Traumatized AfghansOn Tour in Afghanistan, Part 1: On the Highway from Kabul to Mazar-i-Sharif
Related Topics
Cinema, Human rights, Jihad, Taliban
All Topics

Just as the Islamic Revolution fundamentally changed Iran 43 years ago and had an impact far beyond the country's borders, the current wave of protests sweeping the country is set ... END_OF_DOCUMENT_TOKEN_TO_BE_REPLACED

One year ago the Taliban returned to power, seizing Kabul; the U.S. and its allies made a panicked exit from the country. Of all the books written on the subject, four stand out ... END_OF_DOCUMENT_TOKEN_TO_BE_REPLACED

Jonas Poher Rasmussen's Oscar-nominated animated documentary “Flee” focuses on the life of a refugee from Afghanistan. Based on a true story, it centres around the question: when ... END_OF_DOCUMENT_TOKEN_TO_BE_REPLACED

The Biden administration could have used Pakistan’s economic crisis to compel the country to sever its longstanding ties to terrorist groups. Instead, the U.S. protects and ... END_OF_DOCUMENT_TOKEN_TO_BE_REPLACED

No country in the Islamic world is influenced as strongly by the traditions of Sufi culture as Pakistan. Yet the Sufis there have been under attack from Islamic hardliners for ... END_OF_DOCUMENT_TOKEN_TO_BE_REPLACED

END_OF_DOCUMENT_TOKEN_TO_BE_REPLACED
Social media
and networks
Subscribe to our
newsletter