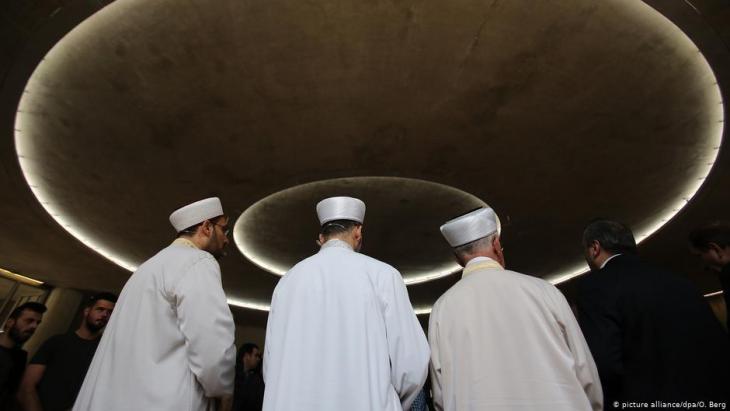 The drive towards "home-grown" imams

Islam in, from and for Germany

In an effort to curb foreign influence and foster integration, the German government is pressing for imams to be educated locally, in Germany. But will its Muslim communities back the idea? By Seda Serdar & Deger Akal

Forty-three-year-old imam Murat Gul is president of the Islamic Federation of Berlin and teaches Islam at the local Rosa Parks primary school.

"Ever since I was a young boy, I had a love for the Koran," said Gul, who was born in the south-western German town of Weinheim. He read it at home with his father, went to Turkey, attended a Koran course and finished his Islamic studies in Egypt. Gul said that while he was interested in learning about Islam, he "never planned to become an imam."

Upon his return to Germany, Gul applied to study medicine: "But then I witnessed young people using drugs, with no vision for the future." This inspired him to help children. "So I started to give Islam lessons," he said.

Gul believes that in order to understand and address the needs of the Muslim community, imams in Germany should know the language, the education system and the culture of the country they live in.

Among Germany's nearly 4.5 million Muslims, around 3 million are of Turkish origin. Almost 90 percent of imams in Germany are educated outside the country. The majority of them come from Turkey. 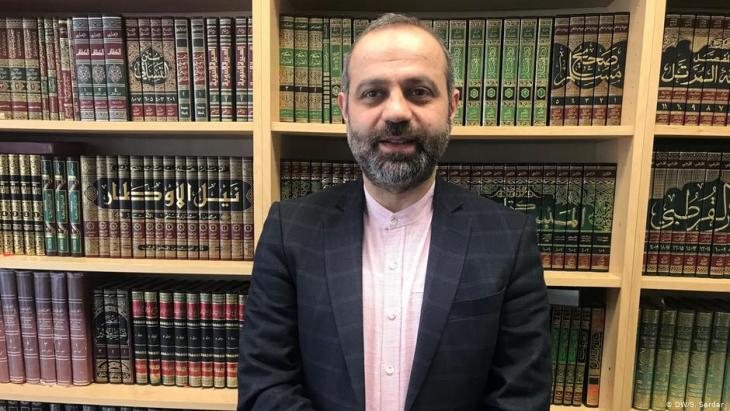 Proximity to the local community vital: born in the south-western German town of Weinheim, Murat Gul attended a Koran course in Turkey and finished his Islamic studies in Egypt. Inspired to help disaffected drug-taking youngsters on his return, he began giving Islam lessons. Gul believes that to understand and address the needs of their German Muslim congregations, imams must have intimate knowledge of the language, education system and culture

The German Islam Conference, convened by Germany's interior minister since 2006, set a goal last November to address the education and financing of local imams. The German government believes it is time to increase the Muslim community's integration into society by reducing foreign financial and institutional influence. It is therefore pushing for an "Islam in, from and for Germany" initiative to find a solution for the very low number of local imams.

When young people born and raised in Germany go to mosques or seek the advice of an imam, "then it would be an advantage were the religious staff in the mosques to have some experience of daily life in Germany," said Deputy Interior Minister Markus Kerber.

"Our aim is not to 'Germanise' Islam," said Kerber, who is the official in charge of relations between the German government and the country's Muslim community. "We want Muslims living here to feel truly at home and accepted and that they enrich our country."

Germany’s electorate includes some 7.4 million citizens with international roots, while many more millions of residents from abroad aren’t allowed to vote. Both groups are often ... END_OF_DOCUMENT_TOKEN_TO_BE_REPLACED

No other Western poet was arguably so well-versed in the Koran or so fascinated by Islam as Germany's national hero, Goethe. In a new publication that examines all Goethe's ... END_OF_DOCUMENT_TOKEN_TO_BE_REPLACED

Migrants are often maligned as being responsible for Europe's problems. Yet their integration is in Europe's interest. Michael Thaidigsmann believes that a long-term vision is ... END_OF_DOCUMENT_TOKEN_TO_BE_REPLACED

How could the Afghan government and its institutions collapse so quickly? That things were going wrong in Afghanistan had been obvious for a long time, yet the West preferred to ... END_OF_DOCUMENT_TOKEN_TO_BE_REPLACED

Shida Bazyar's new novel is the literary surprise of the year. It tackles the pressing issues of our time, and yet it is timeless. This is a story of friendship, marginalisation ... END_OF_DOCUMENT_TOKEN_TO_BE_REPLACED

END_OF_DOCUMENT_TOKEN_TO_BE_REPLACED
Social media
and networks
Subscribe to our
newsletter