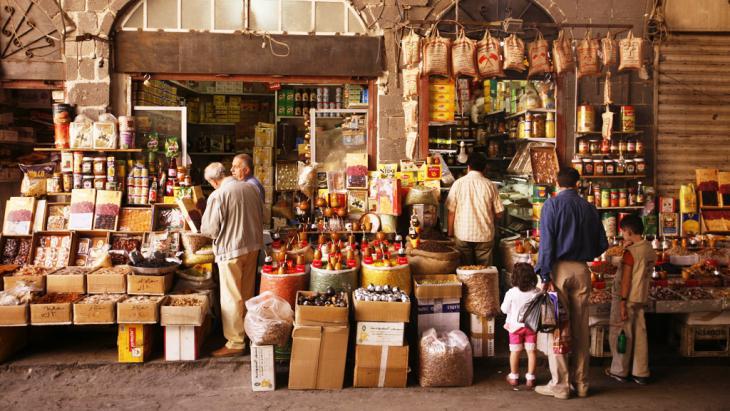 The economic impact of the Syrian war

The Syrian civil war is having a devastating effect on the region. The economic ties that had been strengthened before the war have now been severed, and border closures have impeded trade. This is even more catastrophic as economic stability is essential for long-term political stability. By Adeel Malik and Bassem Awadallah

The Arab world and its neighbours are stuck in a violence trap. The fighting in Libya, Syria, Yemen and Iraq, together with the predations of groups like Islamic State, is destroying the economic links needed to ensure long-term political stability. Indeed, by redrawing the region's economic boundaries, the latest wave of violence has brought about a veritable trade shock, the true scale and significance of which has largely gone unnoticed.

Even as the proliferation of armed groups makes borders more porous to conflict, it is hardening them against trade. The consequences are being felt most acutely in the Levant, where improved transport and trade reforms had strengthened economic ties between Iraq, Jordan, Lebanon and Syria.

Trade among these countries had been higher, on average, than among their Arab peers, but it has collapsed as violence has mounted. Syria's border closures, in particular, have impeded regional trade, by cutting off a key route connecting the wider Levant, the Gulf States and Turkey. The unnoticed casualties include Lebanon's apple growers, who survive on exports. Since 2011, Lebanon has lost almost all of its export markets in Jordan, Iraq and the Gulf. 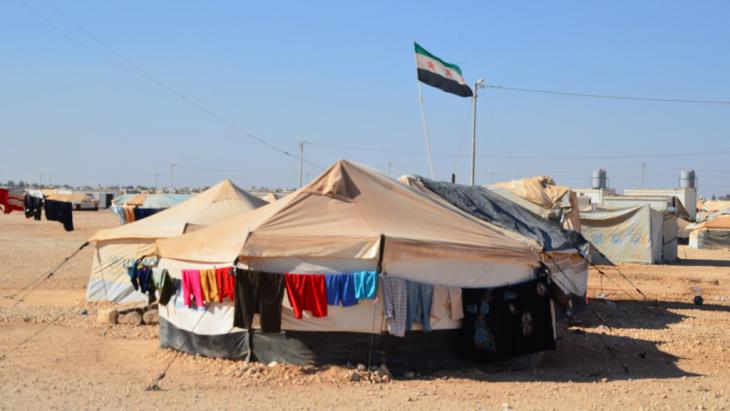 Cut off from key export markets

With the closure of Jordan's last border crossing with Syria, that country faces a similar fate. Iraq and Syria were key export markets for Jordan, and border closures have wreaked economic havoc among its farmers and manufacturers. Farms in northern Jordan, effectively disconnected from Syria, can no longer sell their produce.

Turkey's growing trade linkages with the Levant and the Arabian Peninsula have suffered as well. Five years ago, Syria's northern border towns were reaping the dividends of Turkey's fast-growing economy. Now they are effectively cut off. Turkish imports from Syria have fallen by some 74% since 2010.

The region desperately needs new trade opportunities to address unemployment; instead, what it is getting is trade diversion. Turkish exports have been bypassing the conflict zones by using alternative routes, relying, for example, on the Suez Canal. A recent World Bank study estimates that the Greater Levant region has lost nearly $35 billion over the first three years of Syria's civil war.

The consequences for the region's political economy are profound. Whatever weak constituency existed in support of regional trade has been marginalised by conflict. For example, the closure of the last border crossing between Syria and Jordan means that the free-trade zone that thrived along the frontier is facing dissolution. Warehouses and factories – investments worth millions of dollars – are being dismantled, and nearby communities confront the spectre of mass unemployment and rapid economic decline. 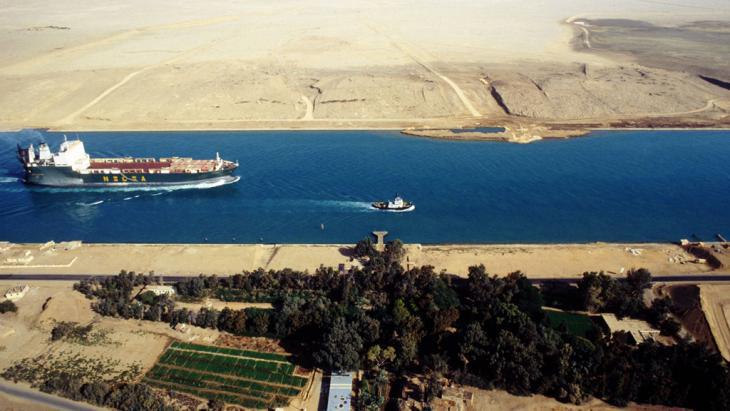 "The region desperately needs new trade opportunities to address unemployment; instead, what it is getting is trade diversion. Turkish exports have been bypassing the conflict zones by using alternative routes, relying, for example, on the Suez Canal," write Adeel Malik and Bassem Awadallah. Pictured here: the Suez Canal

No foundation for a peaceful and prosperous social order

This poses a fundamental dilemma for policymakers. As conflict destroys local economic linkages and unravels well-established supply chains, it is also demolishing the very foundation on which a peaceful and prosperous social order can be built. As the Nobel laureate economist Douglass North has argued, long-term conflict resolution usually requires enduring economic relations, which are best cultivated through specialisation and trade. This dynamic is easy to grasp: by increasing the cost of violent conflict, dense economic networks and multiple exchange relationships provide powerful incentives for actors to prefer peaceful solutions.

A new economic order will therefore be necessary to create and sustain a stable new political order in the region. Such a scenario might appear to be a distant dream today, given the region's myriad conflicts. But the ruthless logic of survival is already pushing many in the region toward co-operation with their neighbours on issues such as water, energy and trade.

In Kurdistan, for instance, authorities are setting aside political, ideological and historical animosities to engage with Iraq's central government, Iran and Turkey. Similarly, economic self-interest has forced the government of South Sudan to co-operate with Sudan, from which it gained independence, following a brutal civil war, in 2011.

In today's turbulent Middle East, economic co-operation is no longer a matter of choice; it has become a necessity. The well-recognised relationship between economic co-operation and political stability will be crucial for charting a way out of the current quagmire. Ignoring it is a recipe for continued violence and fragmentation.

Adeel Malik is Globe Fellow in the Economies of Muslim Societies at Oxford University.

Bassem Awadallah, a former finance minister of Jordan, is CEO of Tomoh Advisory.

In his book "Ground Zero: 9/11 und die Geburt der Gegenwart" (Ground Zero: 9/11 and the Birth of the Present) Islamic scholar Stefan Weidner analyses the consequences of the ... END_OF_DOCUMENT_TOKEN_TO_BE_REPLACED

The rollout of coronavirus vaccines in the Middle East and North Africa is already taking place on a massive scale, with the United Arab Emirates leading the way. Nevertheless, ... END_OF_DOCUMENT_TOKEN_TO_BE_REPLACED

German Middle East analyst Guido Steinberg and television journalist Ulrich Tilgner have both published new books on the conflicts in the Middle East. Their analyses and their ... END_OF_DOCUMENT_TOKEN_TO_BE_REPLACED

The Pope’s journey to the "land between the rivers": places of terror and a dialogue to promote hope and optimism. His meeting with Shia Grand Ayatollah Ali al-Sistani was a ... END_OF_DOCUMENT_TOKEN_TO_BE_REPLACED

END_OF_DOCUMENT_TOKEN_TO_BE_REPLACED
Social media
and networks
Subscribe to our
newsletter