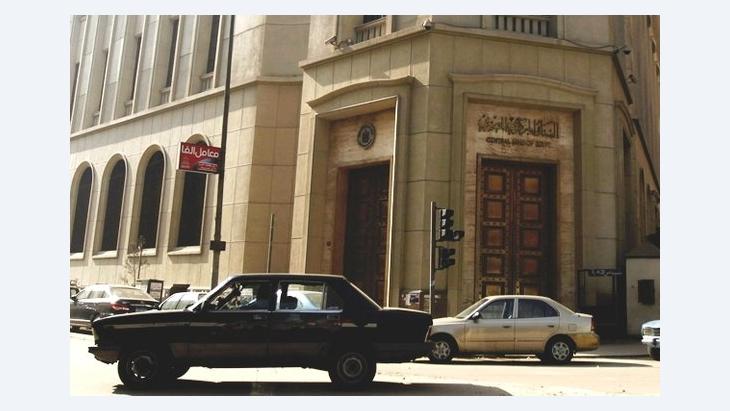 The Muslim Brotherhood is a proponent of a neo-liberal economy – regardless of how this contributes to the further impoverishment of Egypt – and that suits the West just fine. A commentary by Abdel Mottaleb Husseini

Egypt's economic situation is catastrophic; the currency is in freefall, with no initial prospects of relief, and this despite the fact that the International Monetary Fund has resumed negotiations with Morsi's government over a 4.8-billion-dollar loan.

The ailing Egyptian economy needs a kick-start, and the Muslim Brotherhood does not have any bright ideas about how to do so. In a bid to distract from this deficit, it is instead conducting abstract debates about Islam and its role in the state, the constitution and Sharia law.

Nevertheless, most Egyptians have long realised that the Islamists' neo-liberal economic course and aspirations to dictatorial power do not differ greatly from those of the old regime. For this reason, Egypt is now facing a period of political instability that could pose a serious threat to the nation's democratic development. 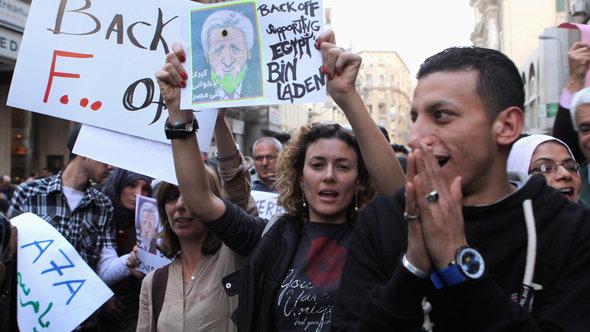 Protests against U.S. Secretary of State John Kerry: in many respects – and in particular with its economic policy – the Egyptian government is seeking to normalise its relations with the US and the West. According to Abdel Mottaleb Husseini, these policies benefit only the rich and are pushing up the cost of living, making life very difficult for the poor

Inspired by past political models

The Muslim Brotherhood is distinguished by an unparalleled spiritual reserve. As an Islamic-Salafist movement, when it was founded 80 years ago, it deferred to the views of theologians Ibn Hanbal (780–855) and Ibn Taimya (1263–1328), who were notable for their religious dogmatism and their hostility to moderating tendencies within Islam.

The movement has always sought its political model in the past and promotes the imposition of Sharia in state and society. This political tenor has led to confrontation between the brotherhood and all democratic and secular forces intent on modernising Egypt.

The persecution of the Muslim Brotherhood during the era of President Nasser (1953–1970) drove the movement into the arms of the Saudi monarchy. During this period, many adherents were able to amass great riches on the one hand; while on the other, the movement's close association with Wahhabi Islam resulted in an additional spiritual stagnation that in turn played into the hands of radical and reactionary tendencies within the movement. 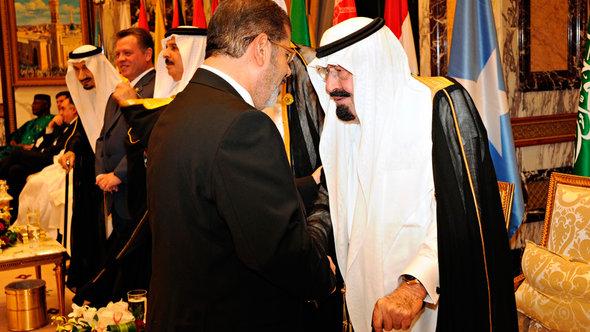 Old allies: according to Abdel Mottaleb Husseini, President Nasser's persecution of the Muslim Brotherhood "drove the movement into the arms of the Saudi monarchy". To this day, ties between the Saudi royal family and the ruling party in Egypt are close

United against the Left

Subsequently, in the 1970s, the Muslim Brotherhood served as the main ally of President Anwar al-Sadat in the fight against the Egyptian left wing in his rapprochement with the West and his liberal economic policy. During this period, the influence of the returning Islamists grew in political, economic and cultural life across the nation. They were even able to assert a declaration of Islamic Sharia as the basis for the Egyptian constitution of 1971. The alliance between the Islamists and Sadat ended when he signed the peace accord with Israel in 1978.

Following the murder of Sadat by a radical Islamist group, Hosni Mubarak assumed power. This did nothing to reduce the influence of the Muslim Brotherhood. Although the Muslim Brotherhood was officially banned from all political activity under Mubarak and was even sporadically persecuted, it came to an arrangement with the regime and pursued its religious and social activities. Democracy was never a motivating interest for the brotherhood, which remained true to its maxim that Islam is the answer.

The Muslim Brotherhood's approach offers no programme for solving the socio-economic woes of Egypt's 80 million people and fighting corruption. It affirms the "wild" capitalist system in Egypt, sanctifies private ownership and attempts to reconcile it with Islam.

As a consequence, interest – which is forbidden in Islam – is referred to as "profit" (murabaha) in the so-called "Islamic economic system". During the Mubarak era, the Islamists supported the privatisation of the public business sector and the revocation of agricultural reforms introduced by President Nasser in the 1960s. The latter resulted in the impoverishment of broad sections of the farming community. The Muslim Brotherhood advocates an unfettered market economy and rejects all state regulation. It favours the opening up of the Egyptian market to foreign products, which is leading to a further increase in foreign trade deficits.

The desire for quick cash

No cure for the country's economic ills: instead of working to kick-start Egypt's struggling economy, the government is focusing on abstract debates and has adopted the same neo-liberal economic policies as the Mubarak regime

​​The billionaires within the Muslim Brotherhood have for the most part acquired their wealth in the Gulf region. They invest mainly in the trade sector, first and foremost in the importation of goods from abroad, which guarantees them quick profits, but does not create jobs. They show no interest in developing industry, agriculture and tourism, which was always a thorn in the side of the conservative Islamists.

In a bid to offset the 26-per cent budget deficit, the Islamist-led government is pursuing the same policies as its predecessor. It is trying to secure a 4.8-billion-dollar loan from the International Monetary Fund. To do this, it must increase energy prices and reduce public expenditure. It is obvious that such measures will lead to the further impoverishment of those Egyptians living below the poverty line – some 40 per cent of the population. The devaluation of the Egyptian pound against the dollar is also pushing up the cost of living.

In short, the Muslim Brotherhood is really making no serious attempt to address the suffering of the people. On the contrary, it is siding with the wealthy upper class. The Islamists are de facto preventing the realisation of the revolution's demands for greater justice.

On both a political and economic level, the party is paving the way for the normalisation of its relations with the US and the West, by continuing to keep the Egyptian market open for Western products and capital. It is striving to take over the role previously played by the Mubarak regime. For its part, the West does not appear to be averse to the idea of an alliance with the Muslim Brotherhood. This would be a grave error, because in its current political state, the Muslim Brotherhood is offering absolutely no prospects.

Abdel Mottaleb Husseini is a political scientist and freelance journalist. He was born in Lebanon.

Egypt hopes to jump-start the action needed to face a warming world when it takes the presidency of major UN climate talks in November, but warns that countries need a "reality ... END_OF_DOCUMENT_TOKEN_TO_BE_REPLACED

A ceasefire has been in effect in Libya for the past year and a half. Yet after Russia's attack on Ukraine, another proxy war looms in Africa's most oil-rich country. Mirco ... END_OF_DOCUMENT_TOKEN_TO_BE_REPLACED

It is the biggest order in the history of the Siemens Group: a 2,000-kilometre railway network for high-speed trains is to be built in Egypt. But the project raises numerous ... END_OF_DOCUMENT_TOKEN_TO_BE_REPLACED

Archaeologists have discovered 250 sarcophagi and 150 bronze statues during excavations in the necropolis on the western bank of the Nile. ... END_OF_DOCUMENT_TOKEN_TO_BE_REPLACED

The lack of grain supplies from Ukraine is forcing Egypt to act. Now even the Toshka project is being revived to grow grain in the desert. Birgit Svensson travelled to see it END_OF_DOCUMENT_TOKEN_TO_BE_REPLACED

END_OF_DOCUMENT_TOKEN_TO_BE_REPLACED
Social media
and networks
Subscribe to our
newsletter