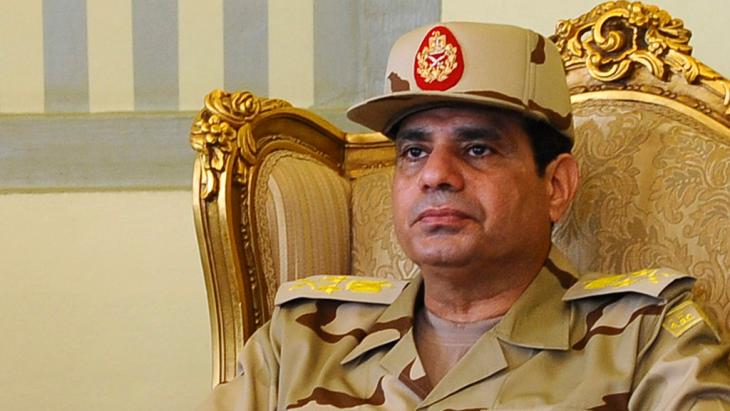 The economic power of the Egyptian army
Everything under control

While poverty and unemployment rates in Egypt are on the rise, the country's generals live comfortably and the army's businesses are booming. In fact, since the revolution, the army has managed to consolidate its economic power – with the help of foreign countries seeking to influence domestic politics in Egypt. By Markus Symank in Cairo

With only a few weeks to go until the country's presidential election, Egypt's army is poised to place yet another candidate from its ranks at the helm of the country. Former army chief Field Marshall Abdul Fattah al-Sisi is widely expected to secure a landslide victory on 26 May.

Behind the scenes, Egypt's army – the biggest in the Middle East – has regained its former dominance both at political and economic level. After the toppling of Islamist President Mohamed Morsi of the Muslim Brotherhood last July, Egypt's generals have managed to secure several multi-billion dollar projects.

"Many investors are openly approaching the army," says Sherif Zaazaa, a business expert and journalist who works for the Egyptian news portal Mada Masr. "They know that it's solely the army that's in control at the moment."

Billions from the Gulf

While privately owned companies have been struggling beneath the burden of general chaos and political insecurity since the revolution, the army seems to have been barely affected by it all. According to some observers, it is in fact profiting from the status quo.

In recent months, the government in Cairo has commissioned construction companies run by the military to carry out several large infrastructure projects. In November, Interim President Adly Mansour issued a decree allowing the government to skip the tender process when commissioning projects. Since then, it has been above all companies run by the army that have benefited from this move. 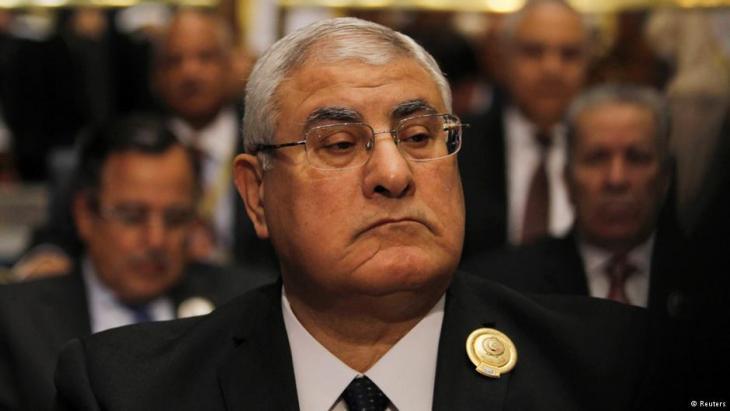 Ready to serve the army: according to Markus Symank, Interim President Adly Mansour issued a decree last November allowing the government to skip the tender process when commissioning projects – a move that has hugely benefited the army

Above all, however, the generals are doing business with foreign investors. In March, the army closed a $40 billion (€29 billion) deal for housing with Arabtec, a construction company from the United Arab Emirates.

Egypt's army is also working closely with Gulf States partners in the energy supply sector and other commercial sectors.

"A lot of these deals are happening because it's the Gulf States leaders' way of supporting the military and helping them maintain influence and power in Egypt," said Shana Marshall, who heads the Institute for Middle East Studies at the George Washington University in Washington, DC.

Morsi had used caution when dealing with the army and didn't curtail its economic power. Shana Marshall feels that it was his unpopularity coupled with the unpopularity of the Muslim Brotherhood's Freedom and Justice Party that gave the army an excuse to seize complete control of the country. 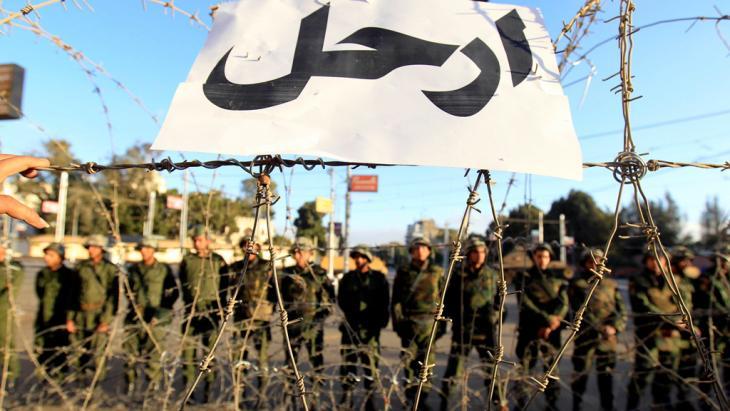 Waiting in the wings: according to Shana Marshall, the army used the unpopularity of President Morsi and his Freedom and Justice Party as an excuse to seize complete control of the country last year

Just how much of Egypt's economy is controlled by the army is unclear; estimates range from 5 to 60 per cent. The country's defence budget and other figures that could shed light on the army's true power are kept secret.

What is clear, however, is that the army is active in every single important sector in the economy: from pasta production and the manufacture of furniture and television sets to oil drilling and infrastructure projects. The army also owns hospitals and Red Sea tourist resorts and plays a leading role in agriculture.

These army-owned companies are usually run by retired military personnel, who earn well privately in addition to collecting their public pensions. It also means that they are not tempted to go into politics. It's not clear how many people in the army support al-Sisi as presidential candidate, says Zaazaa. "That's why it's all the more important to keep potential critics occupied."

However, army personnel in suits generally lack business expertise, so in order to stay competitive, the army has resorted to other measures: their companies don't usually have to pay taxes, they profit from massive subsidies and can deploy army recruits as cheap labour.

In the aftermath of the revolution on 25 January 2011, many Egyptians called for an end to these practices. However, these calls are hardly heard anymore, among other things because of the state-controlled media which continues to hail the army as Egypt's saviour from the Islamists.

Zaazaa thinks that things could change once again should Egypt's economic situation not pick up pace under al-Sisi. Marshall, on the other hand, warns that the opposite could in fact be the case: "The day-to-day concerns of most Egyptians are light years away from issues such as greater transparency," which is why it is questionable that these earlier demands will be voiced again.

Abortions are illegal in Egypt unless they are necessary to save a married woman's life. But that doesn't stop local women from having one. Egyptian society needs to acknowledge ... END_OF_DOCUMENT_TOKEN_TO_BE_REPLACED

Food prices doubled, salaries halved, banks restricting withdrawals: Egyptians now have the same problems as the Lebanese. But if things get worse here, the fallout will be far ... END_OF_DOCUMENT_TOKEN_TO_BE_REPLACED

Giessen, Eichsfeld, Kusel, Berlin – cars bearing old German number plates are the latest trend on the streets of Cairo. Many Egyptians regard the discarded plates as chic. What ... END_OF_DOCUMENT_TOKEN_TO_BE_REPLACED

Egyptian Sufis have been on the defensive against the country's Islamists for decades. Meanwhile, interest in mysticism is growing among the young members of Cairo’s middle and ... END_OF_DOCUMENT_TOKEN_TO_BE_REPLACED

Chinese President Xi Jinping's visit to Saudi Arabia in December 2022 may have rattled Washington, but it simply highlighted the Arabs’ desire to diversify their foreign relations ... END_OF_DOCUMENT_TOKEN_TO_BE_REPLACED

END_OF_DOCUMENT_TOKEN_TO_BE_REPLACED
Social media
and networks
Subscribe to our
newsletter