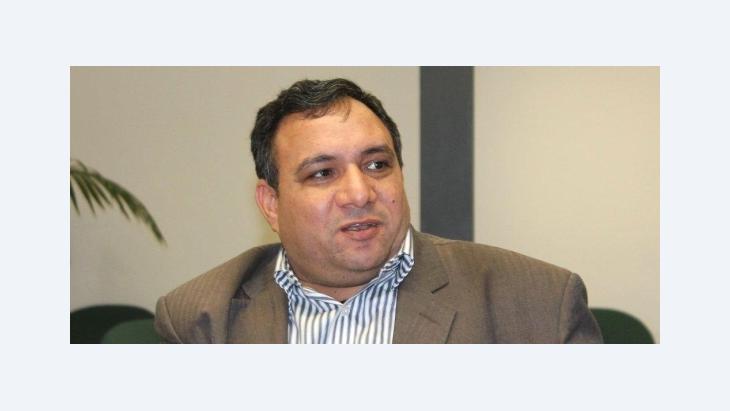 ''The Constitution Is a Catastrophe''

Egypt is becoming increasingly polarized under the leadership of the Muslim Brotherhood. The newly adopted constitution represents a huge problem in this respect, says Amar Ali Hassan. But the political scientist remains optimistic and predicts that the movement will not hold on to power for long

The coalition made up of the Muslim Brotherhood and the Salafis promised the voters more social justice, economic improvements, and a functioning state. To date, they have not delivered upon a single promise. How have the citizens of Egypt reacted to this?

Ammar Ali Hassan: Before the revolution, to openly speak in a derogatory fashion about the Muslim Brotherhood or the Salafis was simply not accepted by the population, as this was the equivalent of insulting Islam. Things have since changed radically. People in the cafés and out on the squares are explicitly demanding that intellectuals now criticise them. They want us to uncover scandals and expose propaganda. This used to be unthinkable. Such demands have only been voiced since the Muslim Brotherhood has been in power.

What do you think about the constitution, which was adopted at a breakneck pace in December?

Ammar Ali Hassan: The constitution is a catastrophe – even when one or another of its articles can be viewed positively. You have to judge the text as a whole. When there are 100 positive articles in a constitution, yet three articles that negate all of the others, then the constitution is bad. Take, for example, the concept of citizenship, muwatana. In the 1971 constitution, it was incorporated in the first article. In the new constitution, the concept has slipped down several notches. Instead, the influence of religious institutions has been strengthened. 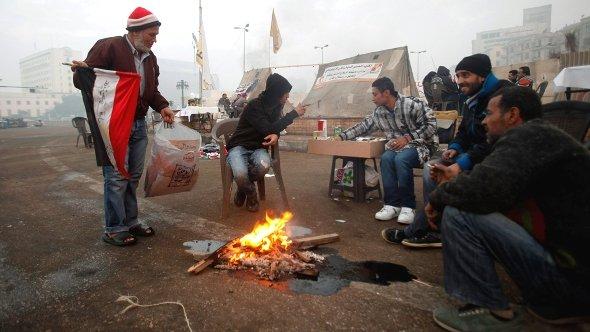 "If the elections are clean and fair, the Brotherhood will suffer great losses." Ammar Ali Hassan says the Islamists have no solution for the country's economic problems. Pictured: Anti-Morsi protesters on Tahrir Square

​​For the first time, the executive now has the possibility of dissolving professional associations such as trade unions. And then there is the issue of freedom of the press and freedom of opinion. A newspaper publisher can now be completely shut down on the basis of a court order. In this way, the Muslim Brotherhood is attempting to control the media and to silence those with opposing views.

In April, Egyptians will be electing a new parliament. Do you believe that the Muslim Brotherhood will relinquish power should the electorate vote against them?

Ammar Ali Hassan: If the elections are clean and fair, then the Muslim Brotherhood will suffer great losses. But I am not certain that they will be fair. President Morsi can sense that he is losing popularity. This is why he is attempting to exert control on certain organs of state authority, in particular, the ministries and all institution that have a direct bearing on the elections.

In light of all this, what are your views on the recent government reshuffle?

Ammar Ali Hassan: The recent government reshuffle is directly related to the upcoming election. The new Minister for Subsidies, Basem Kamal, is a member of the Muslim Brotherhood. His task is to guarantee supplies of the most important goods in the time leading up to the election. Mohammed Ali Bishr, a former member of the Muslim Brotherhood "politburo", maktab al irshad, is now Minister for Regional Development. This is also part of the plan, because control of local decision-making structures in the provinces is a very important key to winning elections.

Ammar Ali Hassan: The prevalent view in the West is that the Egyptians voiced their support for the Islamic project in the referendum. In the wake of 25 January 2011, Egyptians simply voted for those forces that were organized and prepared to assume power. They believed that these forces were not corrupt and that they would serve the country.

In terms of Egyptian party politics, there has been some considerable movement. The Salafis used to be almost exclusively concerned with missionary activities and generally apolitical. Now, they have established a number of parties and are in the process of becoming a political force. They could pose a competitive threat to the Muslim Brotherhood in the future. The non-religious, civil movement, tayyar madani, has awoken. 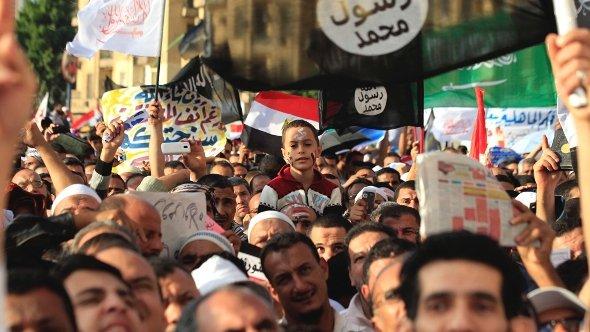 According to Ali Hassan, the Salafis could pose a competitive threat to the Muslim Brotherhood in the future. "The non-religious, civil movement has awoken," he says. Pictured: protesters attend a Salafist demonstration

​​The followers of Hamdeen Sabahi, for instance, are now much more active in Egyptian cities. The "Dustour" party of Mohammed ElBaradei is also attracting an increasing number of young urban followers. The same can be said of traditional parties, such as the liberal "Wafd" and even the "Strong Egypt Party", a melting pot of moderate former members of the Muslim Brotherhood led by Abdelmonim Abulfutuh, who used to serve in the "politburo" of the Muslim Brotherhood until he was expelled.

The Muslim Brotherhood continues to function like an underground organization. It has an extremely hierarchical structure. Internal decision-making processes are not transparent, nor is the relationship between the movement and the Freedom and Justice Party. Egypt, however, has changed, and political organizations can now work legally. Many young people, in particular, want to see more transparent structures and more accountability shown by political players. Do you see movement towards democratic reform on the part of the Muslim Brotherhood?

Ammar Ali Hassan: Changes can come from two sides. For one thing, the coalition of Salafis and the Muslim Brotherhood could become fragile. This is already taking place, because the Muslim Brotherhood has doled out all of the politically important posts exclusively to its own people. The Salafi "Nur" Party has accused the influential Muslim Brother Kheirat Al-Shatir of wanting to drive a wedge between the Salafis.

Many observers fear that President Morsi could turn into a new Mubarak. Do you share this pessimistic prognosis?

Ammar Ali Hassan: No, I am not pessimistic. Within only a few months, the Muslim Brotherhood has revealed its true face. Instead of choosing the path of revolutionary or constitutional legitimacy, they have chosen to pursue deception. The Egyptian people will no longer simply put up with this. The barrier of fear has been broken. There is a civil political trend that is gradually organizing itself and steadily growing stronger. In addition, the Muslim Brotherhood has no solution for the country's economic problems. This is why I am optimistic that they will not even be able to set up a new dictatorship in Egypt.

Ammar Ali Hassan is a social scientist and novelist. He studied political sociology at Cairo University. As a member of the Kifaya opposition movement, he took part in the demonstrations on Tahrir Square in early 2011. His work includes novels and numerous studies on democratization. He is currently working on an Arab language encyclopaedia of political sociology. In early summer 2013, his autobiographical novel on the Egyptian revolution will be published in Cairo.

Social media make many things possible – including the unwanted circulation of intimate private photos. This has given rise to new forms of crime and sexual blackmail. An ... END_OF_DOCUMENT_TOKEN_TO_BE_REPLACED

The change in U.S. president is also having an impact on the conflict between Turkey and Greece. Since the USA has started to play the Greek card, the strategic situation in the ... END_OF_DOCUMENT_TOKEN_TO_BE_REPLACED

Arab women played a leading role in the protest movement of 2011. Since then, ongoing social transformation has had a considerable impact on their lives. What is their assessment ... END_OF_DOCUMENT_TOKEN_TO_BE_REPLACED

They’ve already got the Louvre; they’ll soon have a Guggenheim Museum as well – and now the Emirates have added literature to their quest for cultural supremacy in the Arab world ... END_OF_DOCUMENT_TOKEN_TO_BE_REPLACED

Years in the making, Sisi's elite New Administrative Capital will isolate most Egyptians from their centres of government in an effort to fortify the regime against any social ... END_OF_DOCUMENT_TOKEN_TO_BE_REPLACED

Professor Timothy Brennan's "Places of Mind: A Life of Edward Said" is a detailed biography of one of the most important intellectuals of the twentieth century, taking us on a ... END_OF_DOCUMENT_TOKEN_TO_BE_REPLACED

Comments for this article: ''The Constitution Is a Catastrophe''

From an American point of view, the opnly thing we see is news of Christians going to jail for their faith and reports of Muslims kidnapping children from Christian families. The crisis might be deeper than a constitutional crisis if that is the kind of image Egypt is projecting at the moment.

END_OF_DOCUMENT_TOKEN_TO_BE_REPLACED
Social media
and networks
Subscribe to our
newsletter