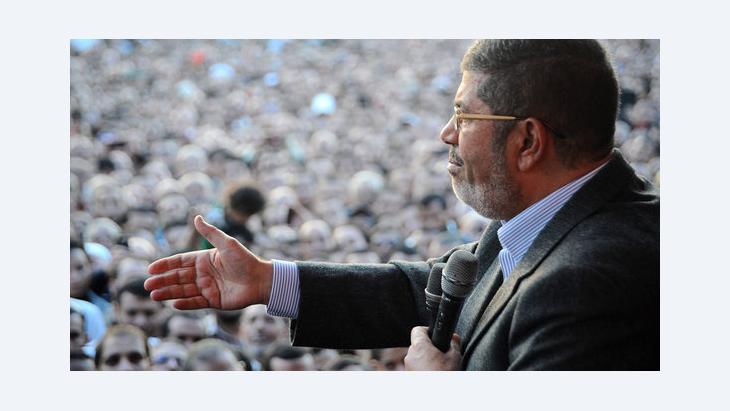 Morsi Cannot Govern Against His People

﻿When Mohammed Morsi assumed his presidential duties six months ago, he was derided as a "spare tyre". Now Time Magazine is running a front-page story on the man it calls "the most important man in the Middle East". But despite his burgeoning power, Morsi will not be able to govern in a way that ignores the interests and concerns of a highly politicised nation. Commentary by Thomas Demmelhuber

﻿Just a few months ago, observers of the political situation in Egypt perceived Mohamed Morsi as a "president without power". In June 2012, the Supreme Military Council acted too openly to limit the executive powers of the president, along with a number of constitutional court rulings.

It was all the more surprising when, a few weeks after he had taken his oaths, Morsi chose his moment and with a power political arrangement negotiated behind the scenes, managed to force the military out of formal daily political life and despatch the two key figures of this transitional period, the highly decorated Field Marshal Tantawi and Chief of Staff Anan, into retirement – a personnel change that both the military leadership and presidential palace could live with.

This successful deal with the military increased the President's self-confidence to the extent that he moved more offensively to unpick the justice system and old networks of personal contacts from the Mubarak era, moves that earned him high popularity ratings in opinion polls. He clearly thought that by taking these steps against the remnants of the old regime, he would also be able to generate sufficient support for his latest moves to consolidate his powers. The presidential palace certainly didn't expect protests on this scale.

For the protection of the revolution 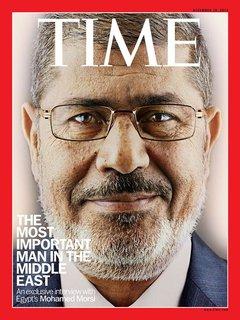 With the hint of a smug grin: On the international stage President Morsi has been able to clock up success

​​Meanwhile, Morsi has been using the media to promote his policies since June, despite general growing dissatisfaction at what many see as the slow realisation of numerous election promises, concerning power supply and rubbish disposal, for example. On the international stage, however, the President has been able to clock up greater success.

First and foremost Egypt's negotiating efforts, which have just resulted in a successfully brokered ceasefire agreement between Hamas and Israel, an agreement that US and European diplomats say is primarily due to negotiating skills and diplomatic contacts on the Egyptian side.

As this international diplomatic success was making itself felt, Morsi surprised everyone yet again with a constitutional decree that grants him sweeping powers and would eventually see the amalgamation of all three authorities at the presidential palace: For the protection of the revolution – according to the official statement – his decrees cannot be challenged in the courts until the adoption of a new constitution.

Among other things, Morsi also dismissed the unpopular Prosecutor General Abdel-Meguid Mahmoud, after the latter recently refused an offer to leave his post and take up the position of Egyptian ambassador to the Vatican. The public reaction was prompt and manifested itself along secular-religious as well as intra-religious lines of conflict, amidst a climate of bad socio-economic data and an economy on a persistent downward track.

Fear of a "new Pharaoh" mobilised hundreds of thousands of people. Muslim Brotherhood sympathisers initially renounced an immediate showdown on the street. In the meantime, the images from Tahrir Square were reminiscent of those of the 18-day protests against the "old Pharaoh", Mubarak. But these findings are misleading.

President Morsi is, regardless of the current debate and sporadic calls for him to step down, presently the only democratically legitimate authority in a nation where a divided opposition must be wary of its own narcissistic figures of authority. The only thing uniting and mobilising a highly heterogeneous spectrum of actors is a "no" to Morsi's decrees – everything else remains beyond any tangible consensus. 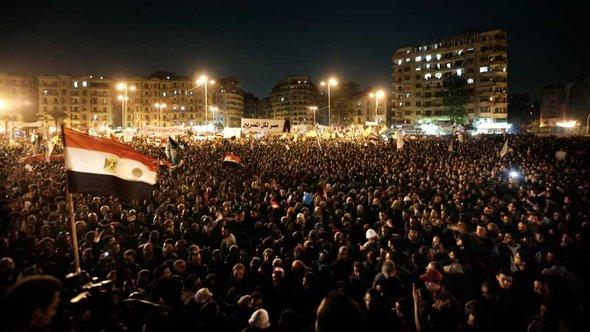 Fear of a "new Pharaoh" mobilised hundreds of thousands of people. The images from Tahrir Square were reminiscent of those of the protests against the "old Pharaoh", Mubarak. But, says Demmelhuber, these findings are misleading

​​The judiciary, parts of which launched strike action in protest against Morsi's decrees as a way of selling itself as a potential saviour of state order and defender of democratic order, is just as unrealistic on account of the lack of homogeneity among its members. Even during the Mubarak era, there were deep dividing lines between judges who were loyal to the regime and those who were critical of it, lines that were exacerbated by Egypt's multi-dimensional jurisdiction. Even then, through a stronger presence in the relevant professional associations, the Islamists also had a strong influence within the judiciary.

The general international climate also appears to be favourable for Morsi at the moment. He is reaping the long-term profits from his role as new reliable negotiating partner in the Arab-Israeli conflict. And in any case, he has no need to fear that the military will play its veto card at the moment, as long as confrontation with the protesters does not escalate any further. But Morsi's latest move, to accelerate the adoption of a constitution written almost exclusively by religious figures, and to fast-track a referendum for presentation to the people, will on the other hand do nothing to contribute to the necessary de-escalation.

The Pharaoh may have already set out his stall of temptations, but these are hitting upon highly politicised social groups that want to live in dignity, freedom and justice and that give this will enduring expression in spaces both virtual and real. In the foreseeable future at least, no president will be able to get away with a style of governance that doesn't pay heed to them and their interests!

Political analyst Taqadum al-Khatib argues that Egypt can, in co-ordination with its European partners, develop a common vision to solve the complex conflict in Libya. For this to ... END_OF_DOCUMENT_TOKEN_TO_BE_REPLACED

The upheavals of the past year in the MENA region are arguably as momentous as those of the Arab Spring in 2011. Yet perhaps the biggest difference is that our interest seems to ... END_OF_DOCUMENT_TOKEN_TO_BE_REPLACED

In 2019, the long-running Penguin Classics series released its first novel translated from Arabic: Tawfiq al-Hakim’s "Return of the Spirit", conveyed into English by William ... END_OF_DOCUMENT_TOKEN_TO_BE_REPLACED

Equality in divorce, a ban on polygamy: reformers of Islamic family law have a clear agenda. They are exploiting the ambiguity of traditional jurisprudence. By Joseph Croitoru END_OF_DOCUMENT_TOKEN_TO_BE_REPLACED