The "zar" cult is a religious medicinal ritual with roots in the sub-Saharan region. The ceremonies are mainly held to cure mental illnesses, which are also interpreted as "possessions". Each ritual is led by a priestess and aims to appease evil spirits through sacrificial gifts, incantation songs and dances. Impressions by Ikhlas Abbis 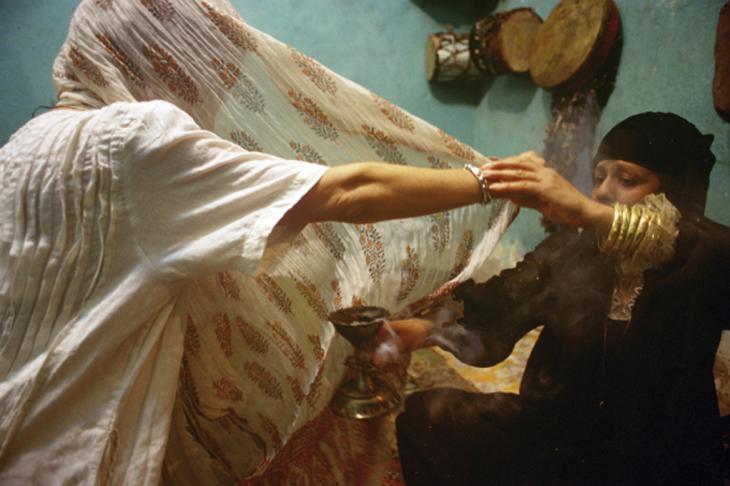 Summoning the spirits during a zar ritual is a long and complex process, reaching theatrical climaxes with animal sacrifices. The cult originates from the sub-Saharan region, coming to Egypt from Ethiopia via Sudan in the mid-19th century. This type of exorcism presumably derives from voodoo rituals by the Bushmen, spread through slave trading to the south of Iraq, Iran and all the way to Morocco. (photo: Ikhlas Abbis) 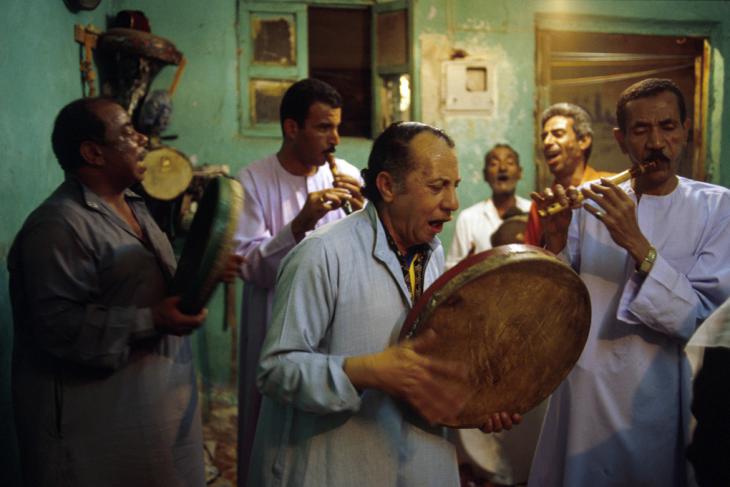 Every zar ceremony begins with the priestess, also called a ″sheikha″, engulfing the patient with incense. This incense ceremony symbolises a ritual cleansing of the participants. (photo: Ikhlas Abbis) 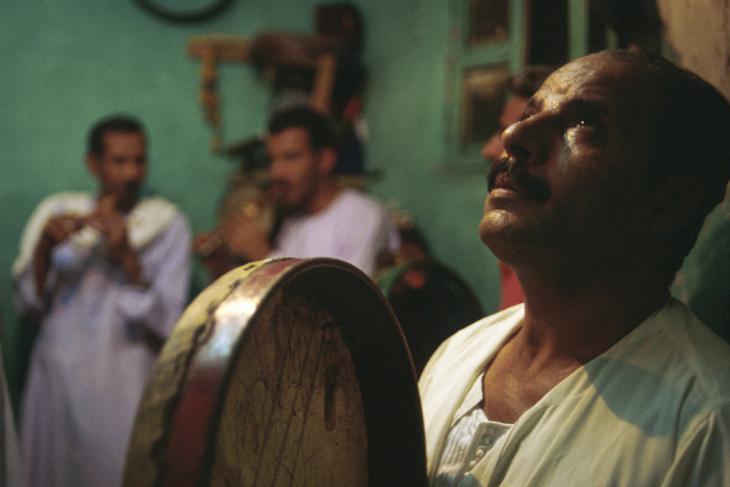 The music at the zar ceremony is mainly religious in content, but also includes simple love songs dedicated to the spirits. These songs are based on traditional Egyptian ″baladi″ music. (photo: Ikhlas Abbis) 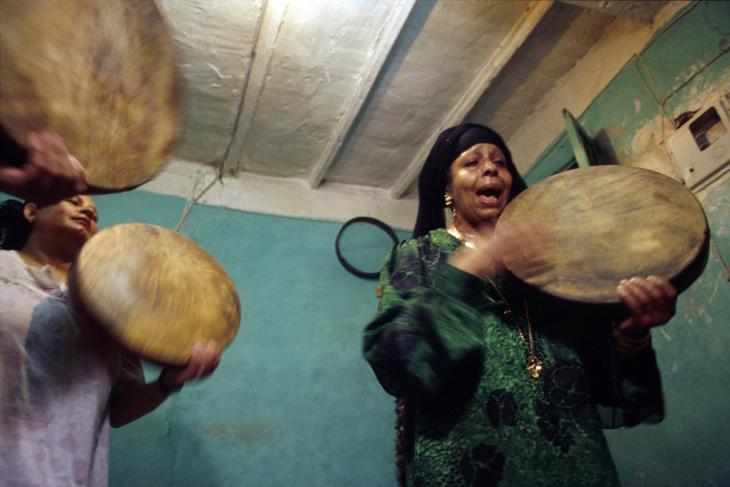 Nasr has gathered six other musicians together: Amm Osman, who also performs as a religious singer ("munshid"), Ragab the dancer, who also plays the cymbals, two flute players and two percussionists. The two reed flutes ("neys") set the melody and the rhythm. (photo: Ikhlas Abbis) 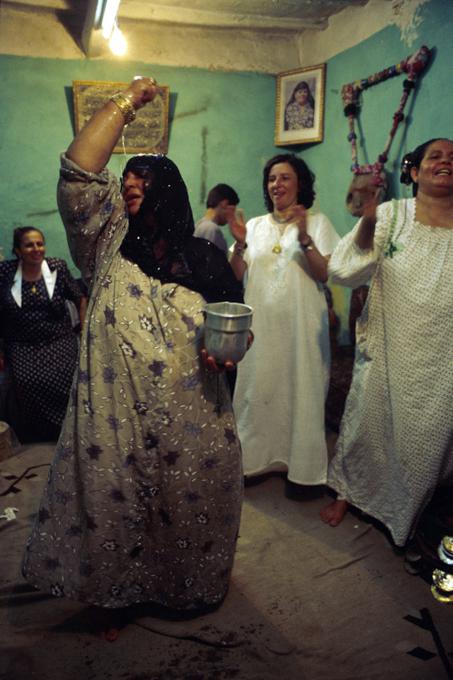 The woman leading the zar ritual is also called a "kudya". She should always have dark skin – one indication that the tradition comes from Sudan. A kudya’s dignity is passed down from one generation to the next. Her role is that of a mediator between the spirits and the possessed person. (photo: Ikhlas Abbis) 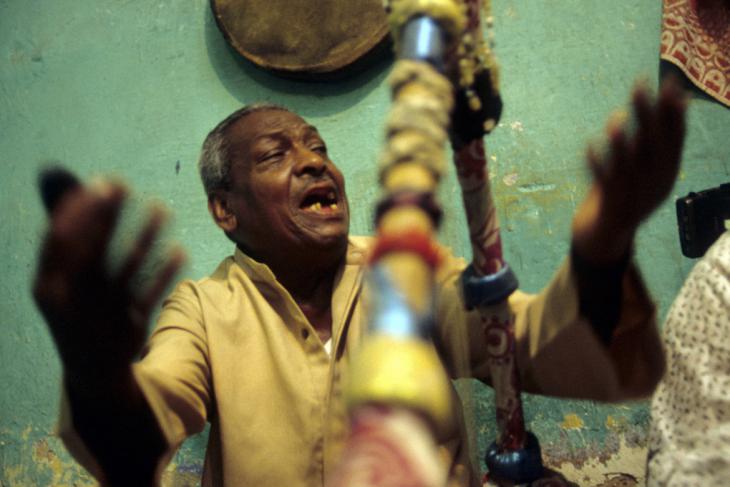 The sheikha addresses the women through the music, using the names of the spirits allocated to them. Every possessed woman can be taken hold of by different spirits. The spirit of Um Hassan is stimulated by his music and encouraged to dance. (photo: Ikhlas Abbis) 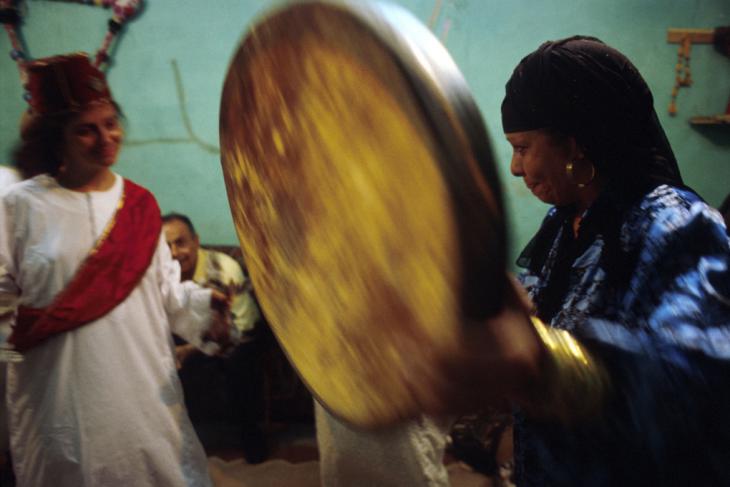 The Sudanese musician Amm Ouf, the head of the group "Tanbura" (after the musical instrument of the same name), has dedicated his whole life to the zar ceremony. He is accompanied by two women on percussion instruments. (photo: Ikhlas Abbis) 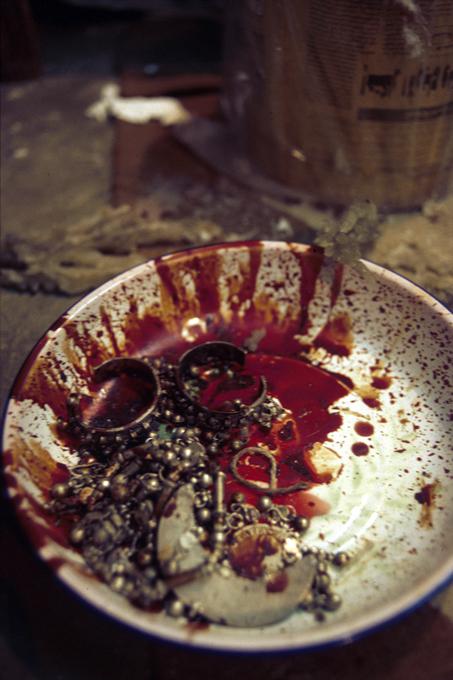 The blood-stained bowl holding amulets and jewellery is placed on the ground after the sacrifice, next to the "kursi" (the sacrificial table). The bowl is kept there until the next day and no one is allowed to touch it. (photo: Ikhlas Abbis) 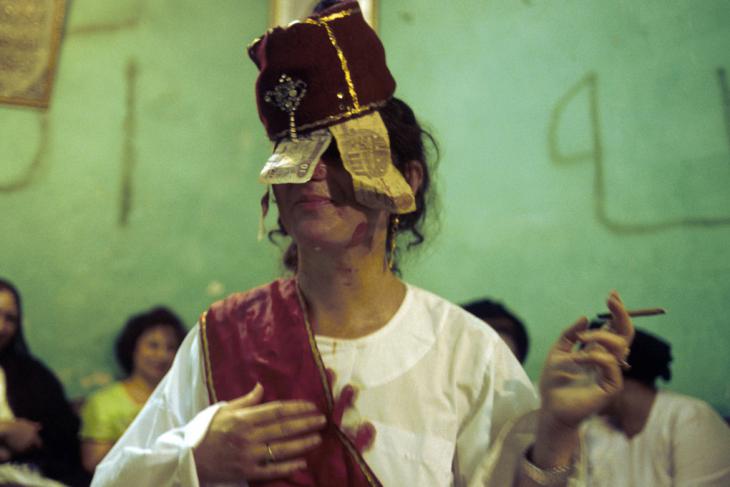 The whole range of zar spirits is played through with and for the possessed woman (the bride), with many new spirits appearing: Rifa'i, Gilani, Disuqi and at the end Chawaga and Yawra Bey. (photo: Ikhlas Abbis) 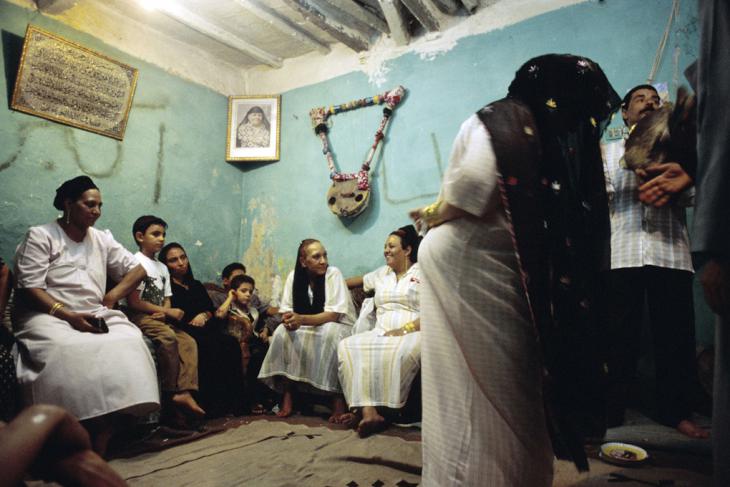 In her book "Besessene Frauen. Der Zar-Kult von Omdurman", the ethnologist Gabriele Bohringer-Tharigen writes: "The roles are distributed in the zar ceremony. The room is like the stage of a theatre. Everyone is both choreographer and audience member simultaneously. All appearances and every movement is determined by systematic acts of music and dance". (photo: Ikhlas Abbis) 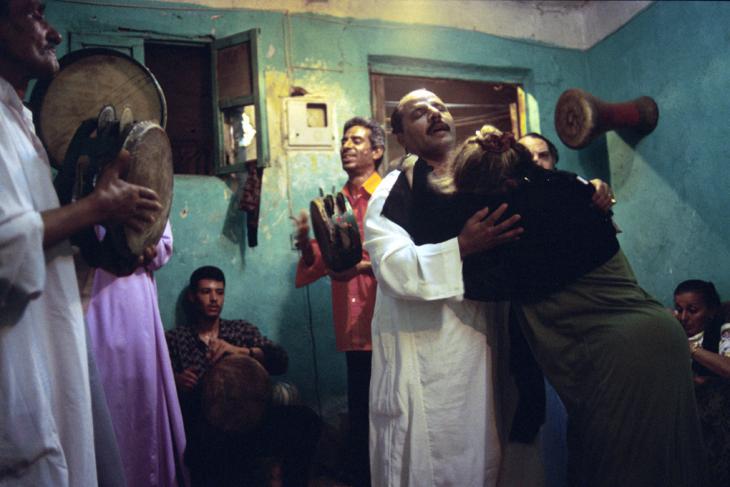 Every song has a different intonation, with some leading seamlessly into one another. On several occasions, the possessed woman falls into a trance and is caught up by helpers and led back to her place. (photo: Ikhlas Abbis) 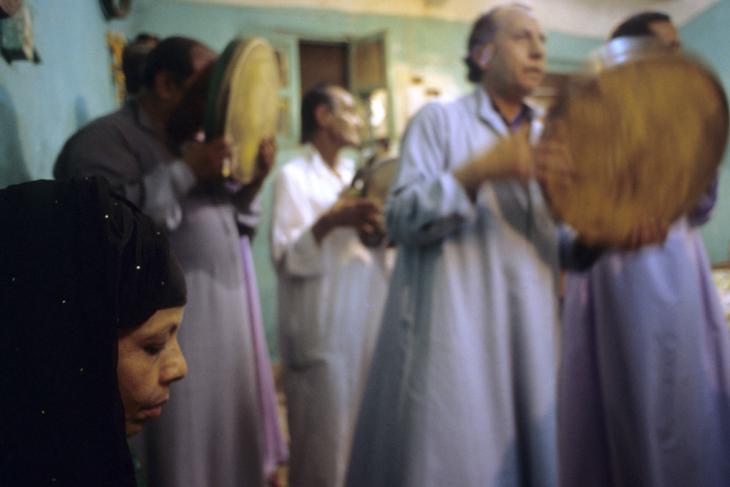 "The musicians are professional agitators and the possessed quasi professional dancers and actors. Everything happens according to rules and rhythms. The sheikha delegates and determines what goes on" (Gabriele Bohringer-Tharigen). (photo: Ikhlas Abbis) 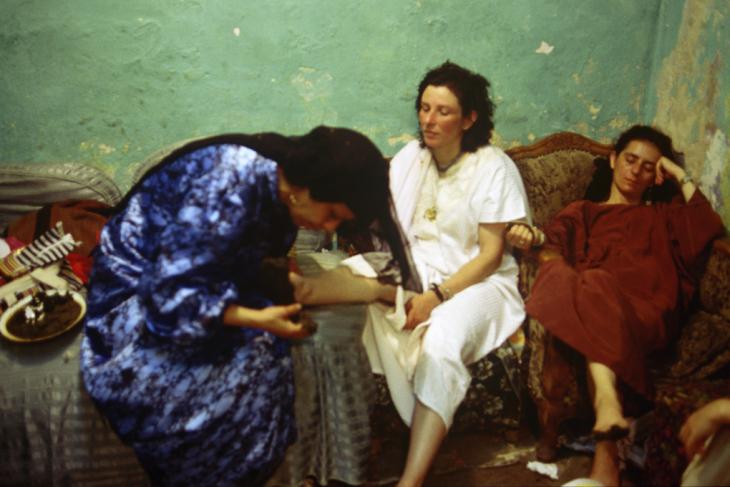 The zar ritual ends with relaxing and recuperating. The musicians put down their instruments and the participating women are exhausted. The zar bride is painted with henna, as used before wedding nights in traditional ceremonies. The sheikha sits with the healed patient for a long time, explaining what she should bear in mind after the end of the ritual. (photo: Ikhlas Abbis)

END_OF_DOCUMENT_TOKEN_TO_BE_REPLACED
Social media
and networks
Subscribe to our
newsletter