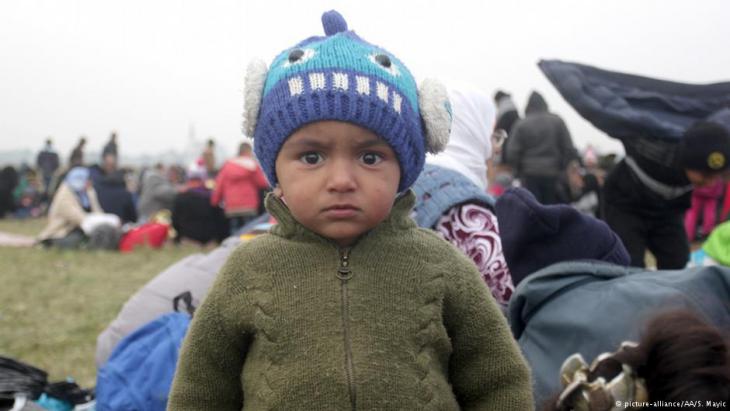 The emotional wounds of refugee children

Talking about the unspeakable

Refugee children experience awful situations while on the run. They do not talk about these traumatic experiences and are often left alone with their suffering. Now, in the city of Ulm, people are trying to help. A report by Sabrina Pabst

"I was so scared on the boat. I had my little brother in my arms when we fell into the water. I held him in my arms and cried. I prayed to God that I would go to paradise. I thought I was going to die. Death was so close." Farah is 10 years old. She fled Syria with her family.

"On our journey we had to stay in a Bulgarian refugee camp for five months, it was awful there. We were beaten by the guards," says Namir. He is 12 years old. His family is Christian and lived in Damascus before having to flee Syria. Some of his relatives were even forced to convert to Islam. "On the way to Germany we were running through a very dark forest. I lost a shoe there and my feet were covered in blood because of all the twigs and thorns. My father had to carry me and my sister. I was hungry and thirsty."

Fight for survival and fear of dying

"My little brother was separated from us during our flight. We couldn't find him for three days. We cried and cried," says Walid. "Nidal* was traumatised. He never speaks about it. When we finally found him three days later he cried and laughed at the same time - it was indescribable. If it had happened to me it would have been OK, but Nidal is just a child," says his 17 year old brother.

Walid was forced to grow up during the course of his journey. He fled Syria with his mother and his two younger brothers. His father had to stay behind. "Sometimes my mother breaks down. We all have nightmares. We saw fighters kill two people one night while we were sleeping on the floor of a schoolhouse. I will never forget it. My brother saw it happen too. Sometimes Nidal seems to try to injure himself." Walid says his happiest day would be the one when he could finally see his father again.

One third of all refugees are children

Farah, Namir and Walid's experiences are moving. They are the kinds of experiences that parents try to protect their children from ever having. The desperation of refugee parents is immeasurable. They all have the desire to make a better future possible for their children. According to the German government, one third of all refugees are children and teenagers. 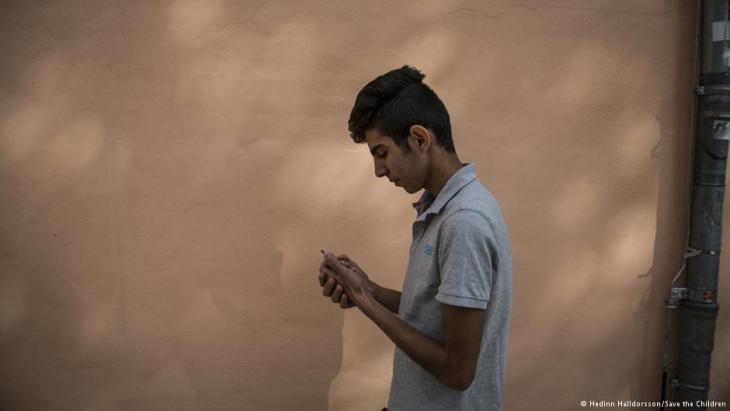 Forced to grow up: Walid had to look after his mother and his siblings while they were on the run. The experiences of war, imprisonment and torture in their homeland, as well as months of being on the run while fleeing to Europe, is a tremendous burden on children

"We hear stories of terrible suffering," says psychologist Andreas Mattenschlager. He heads a psychological family and life counselling project in the southern German city of Ulm. There, he and his team offer psychotherapeutic support for traumatised refugee children and unaccompanied underage refugees.

"Small children do not experience feelings of security in a specific place, but rather in relationship to their parents," explains the family therapist. "At home, children experienced their parents as strong. If their parents break down on the journey, or are forced to remain behind, the children lose their security."

The experiences of war, imprisonment and torture in their homeland, as well as months of being on the run while fleeing to Europe, are a tremendous burden on the children. The isolation and discrimination that are so much a part of the situation in refugee camps just add to that psychological strain. "Sometimes families are forced to spend days and months crammed into small rooms at reception camps with as many as 1,500 other people. That is extremely stressful," says Volker Mall, chair of social paediatrics at the Technical University of Munich and medical director of the Munich Children's Centre. 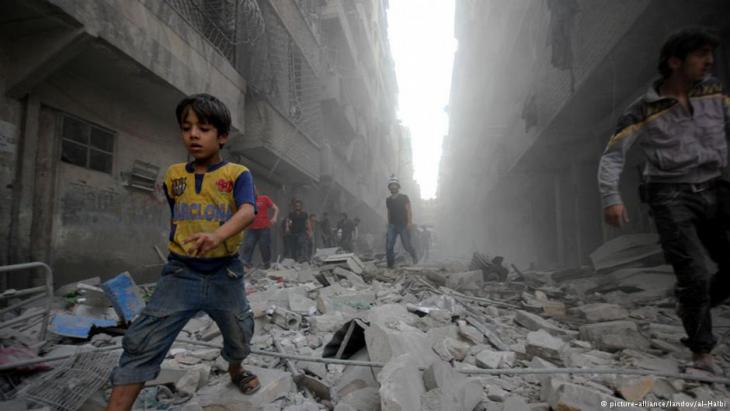 Marked by war: many boys and girls from countries ravaged by civil war such as Syria suffer from post-traumatic stress and adjustment disorders. In order to better integrate these traumatised children into day-care centres and schools, psychotherapeutic help must be developed in a quick and uncomplicated manner, demand experts such as Volker Mall, chair of social paediatrics at the Technical University of Munich and medical director of the Munich Children's Centre

No trauma therapy for children in refugee families

Mall says that in order to better integrate these traumatised children into German day-care centres and schools, psychotherapeutic help must be developed in a quick and uncomplicated manner. "Our structures are good. We have institutions that can deal with these problems. But some asylum requests take years to be approved," says Mall. German health insurers will not cover psychotherapeutic treatment until the person in need of that treatment has legal residency.

Andreas Mattschlager and his team have taken a decisive step. Once a week, a psychologist offers open consultation hours in a collective accommodation in Ulm. "The children and the unaccompanied youths have a lot of broken relationships behind them. They have lost their parents, or people with whom they had contact while fleeing. The most important thing for them right now is a reliable contact person," says Mattschlager.

Yet families are often sceptical at first. Mattschlager says that he quickly sensed the fear that information from conversations would be forwarded to the immigration office. Only when a level of trust and a safe atmosphere are established can traumatised children begin to talk about the unspeakable.

One in four people in Germany has a migration background, but less than 8% of the members of parliament have foreign roots. Germany is out of touch with reality, says Maissun ... END_OF_DOCUMENT_TOKEN_TO_BE_REPLACED

Germany’s electorate includes some 7.4 million citizens with international roots, while many more millions of residents from abroad aren’t allowed to vote. Both groups are often ... END_OF_DOCUMENT_TOKEN_TO_BE_REPLACED

Germany's foreign policy is explicitly values-based. But what happens, Ralf Bosen asks, when democracy, the rule of law and human rights collide with the logic of trade and ... END_OF_DOCUMENT_TOKEN_TO_BE_REPLACED

No other Western poet was arguably so well-versed in the Koran or so fascinated by Islam as Germany's national hero, Goethe. In a new publication that examines all Goethe's ... END_OF_DOCUMENT_TOKEN_TO_BE_REPLACED

Migrants are often maligned as being responsible for Europe's problems. Yet their integration is in Europe's interest. Michael Thaidigsmann believes that a long-term vision is ... END_OF_DOCUMENT_TOKEN_TO_BE_REPLACED

How could the Afghan government and its institutions collapse so quickly? That things were going wrong in Afghanistan had been obvious for a long time, yet the West preferred to ... END_OF_DOCUMENT_TOKEN_TO_BE_REPLACED
Author:
Sabrina Pabst
Date:
Mail:
Send via mail

END_OF_DOCUMENT_TOKEN_TO_BE_REPLACED
Social media
and networks
Subscribe to our
newsletter