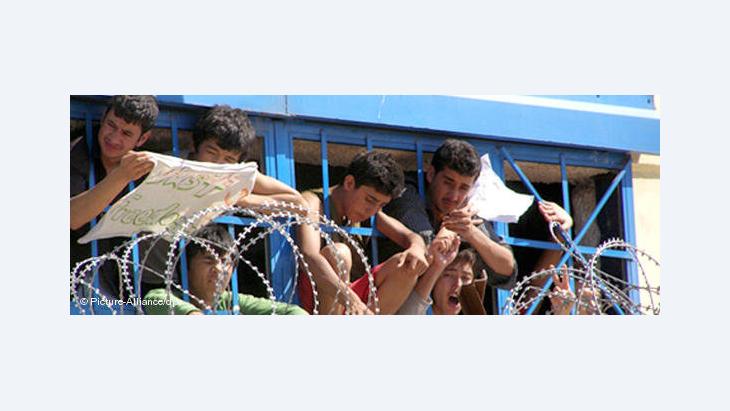 The EU and Migration
Migration as an Opportunity, Not a Threat

Professor Klaus Bade of the Institute for Migration Research and Intercultural Studies at the University of Osnabrück in Germany believes that EU economic policy is fostering migration flows. Jan-Philipp Scholz spoke to him about migration and its causes

With more stringent surveillance of external borders, overcrowded detention centres and so-called third state regulations, do you feel that Europe ﻿has found the right way of dealing with refugees fleeing Africa and other parts of the world?

Klaus Bade: Worldwide, an increasing number of people are being affected by wars, political crises, environmental change, poverty and drastic population growth. When it comes to refugee movements, it's not just about poverty or economic refugees; there are various concrete reasons why people flee to Europe.

Most refugee migration still takes place within a region or within the country of origin. The ring of defence set up to protect "Fortress Europe" is leading to ever-more-dangerous routes. The path that leads to Europe, which is generally irregular, is therefore not only expensive (because of the human traffickers) but also risky and often life threatening.

​​Refugee policies have largely been shifted from national to EU level. The unpleasant task of border security is increasingly being transferred to third countries partially by means of European agreements and partially by means of bilateral agreements. Securing the EU's external borders has often been achieved at the cost of partnerships with regimes with poor human rights records.

In spite of moving the focus of defensive strategies closer and closer to the refugees' countries of origin, it is essential that the humanitarian task of protecting threatened and persecuted people is fulfilled. This cannot be done with sufficient thoroughness from the decks of boats patrolling the coasts of Europe; it must be done either inside Europe or outside Europe under the guidance of services connected with the UNHCR.

In your opinion, how should Europe deal with the many irregular migrants already living in the EU?

Bade: Prohibitions or catalogues of penalties that act as deterrents can only restrict, but cannot do away with irregular migration and the hiring of irregular foreign migrants altogether. After all, irregularity is a structural phenomenon. It is closely linked to the fact that European states are welfare states and is an expression of an irreversible imminent deficit in immigration control.

We recommend that the incentives for employers to hire foreign irregular workers be reduced. To this end, charges that are directly related to work in areas that are characterised by unskilled workers and low-pay jobs should, where possible, be kept at a low level. Irregular migrants should not avoid exercising their existing rights – such as the right to physical integrity and the right to receive a fair wage for work – for fear of discovery and deportation.

There are many reasons why people are willing to risk everything to get to Europe, among them war, persecution, hunger, poverty and environmental changes

Are unfair European economic policies in some way responsible for the exodus from places like Africa?

Bade: EU countries push migration flows by destroying economic livelihoods in the migrants' home countries. There are, for example, European import barriers for numerous African products, which are set up for a wide variety of reasons. These barriers hinder cross-border market development in Africa.

Conversely, the importation of many European products can often hinder or even ruin production in Africa. In this way, fisheries agreements ruin African coastal fisheries; meat imports ruin the African meat industry; in some cases, meat that is not saleable in the EU is exported to Africa and sold for less than half the price of local products.

In recent decades, poor countries have lost a significant portion of their academics through emigration to industrialized countries. Has migration to Europe destroyed the development potential of these countries?

Bade: Migration destroys development potential when it leads to brain drain. This trend can be observed in many instances, particularly in the medical field. This explains why migration policy tools have been introduced into conventional development policy programmes. 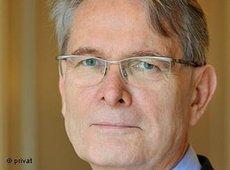 ​​Developmental "migration optimists" hope to improve control opportunities and conditions in the migrants countries of origin by interlacing development and migration policy tools, especially in the form of "circular migration programmes". "Migration pessimists", on the other hand, fear a return to the days of guest workers.

What form would a forward-looking European migration policy take?

Bade: Instead of focussing on keeping North African refugees out, there should, for example, be a European-style Marshall Plan for North Africa that also includes options for legal migration to Europe and accentuates the opportunities rather than the risks of migration. More generally, in a Europe that is increasingly under pressure from demographic change, there needs to be an understanding that immigration is not a threat but rather a kind of support from outside and, as such, a pliable opportunity.

Professor Klaus Bade is founder of the Institute for Migration Research and Intercultural Studies at the University of Osnabrück in Germany and chairman of the Advisory Council of German Foundations for Integration and Migration.

END_OF_DOCUMENT_TOKEN_TO_BE_REPLACED
Social media
and networks
Subscribe to our
newsletter