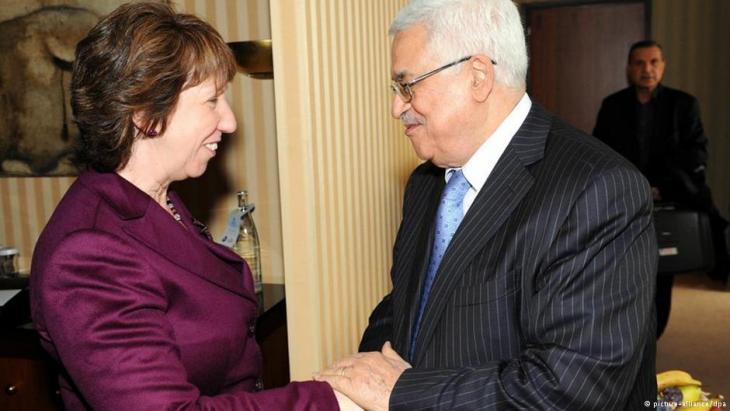 While Europeans are focusing on Ukraine and Iraq, the oldest of the Middle East issues will haunt them for some time. The wider Israel–Palestinian conflict needs the full attention of Europe, writes Mattia Toaldo

In few other places in the Middle East and North Africa is Europe more relevant. The EU and its member states are the main funders of the Palestinian Authority (PA) and of the UN agency that assists Palestinian refugees (UNRWA). The EU is also the main trade partner of Israel, accounting for almost €30 billion of imports and exports in 2013, up from €19.7 billion a decade earlier.

Often unfairly and inaccurately defined as a "payer not a player", the EU has repeatedly outlined its vision for the solution of the conflict centred on the two-state solution.

A relevant part of Europe's support for the two-state option is the commitment to institution-building for the PA both in terms of transfer of expertise and good practices and in terms of funding. On the Israeli side, ever greater integration with Europe has increasingly implied compliance with EU rules and positions, particularly with the EU's policy of differentiation between Israel proper and Israeli activities in the Occupied Palestinian Territories.

For instance, Israel is the only non-European country that was invited to join the big EU research scheme Horizon 2020, on the condition that no EU funds go to Israeli academic institutions in the occupied West Bank. Germany was among the first to implement this policy of differentiation earlier this year, restricting its funding of joint research projects to a list of Israeli entities outside of the occupied territories. 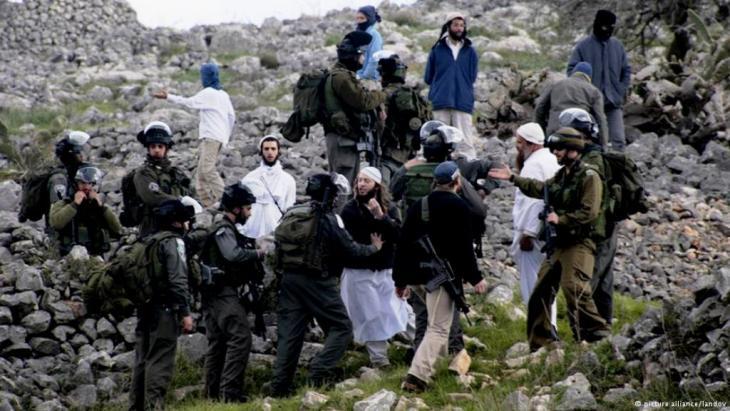 A protest being staged by radical religious settlers is broken up by Israeli soldiers. Radical nationalist settlers in the West Bank are making life increasingly difficult for Palestinians who live there. The United Nations registered no less than 399 attacks on Palestinians in 2013

Despite all these activities, Europe can be defined as a status quo power in the Israeli–Palestinian conflict. The EU and its member states have de facto supported, materially and politically, a situation in which the Israeli occupation continued while Palestinian institution-building proceeded in the ever distant hope that one day there would be a Palestinian state: parts of the latter actually supported the former as European taxpayers funded welfare and services that, according to international law, should have been guaranteed by the occupying power.

Unfortunately, operations like "Protective Edge" are part of this status quo. Israel periodically seeks to re-establish deterrence with armed groups in the Gaza strip through military operations that often, if not always, involve a heavy human toll.

This has been the case for the previous wars between Israel and Hamas in 2006, 2008–2009 and 2012 when, after a period of heavy fighting, a ceasefire was negotiated on the basis of the "quiet-for-quiet" formula: no Israeli attack as long as no rockets were fired from the Gaza Strip. Ultimately, while based on the principle of "land for peace," the status quo was actually implemented through the balance of threats.

However, this status quo is increasingly fragile for several reasons.

First, the Middle East is a much more dangerous place than in 2006, 2008 or 2012. Prime Minister Benjamin Netanyahu is well aware that he cannot completely eliminate Hamas without risking a radicalisation among Palestinians.

Second, security cooperation between the PA and Israel (one of the main reasons for the decisive drop in Israeli civilian casualties since the end of the second intifada) is increasingly unpopular among Palestinians.

Third, recent years have demonstrated how projects of economic growth for Palestinians are delusional without sovereignty, control of borders and a clear political horizon.

Last but not least, the heavy human toll of these "maintenance operations" for the status quo is increasingly disturbing for European public opinion which mobilises on Israeli misdeeds much more easily than on any other foreign policy issue. 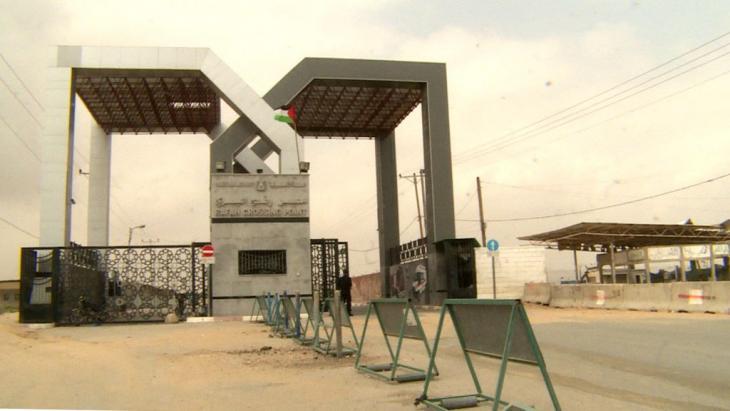 The border crossing in Rafah (pictured here) is closed most of the time. Since 2005, the European Union Border Assistance Mission Rafah has supported the checks at the border between the Gaza Strip and Egypt

In discussing their policy to end the current confrontation, Europeans should bear in mind this unsustainability of the status quo. A ceasefire that re-establishes the "quiet-for-quiet" balance of threat – in other words a re-establishment of the 2012 ceasefire agreement – is not in Europe's interest for the reasons outlined below.

Also, it is unlikely that it would hold for long given that Egypt can no longer play its role as third-party guarantor because of its anti-Muslim Brotherhood, anti-Hamas policy. Moreover, the two sides have made requests that are likely to be met only in final status negotiations: the end of the Gaza blockade demanded by Hamas and the demilitarisation of the Gaza Strip requested by Israel. To that end, Europeans can do a lot to build a more favourable environment for successful negotiations on a final status agreement.

On the Israeli side, Europe should continue its policy of ever greater integration combined with Israeli compliance with EU regulations and positions. This policy should aim to put pressure on the Israeli government to make a final choice on whether it wants to continue its occupation of the Palestinian Territories or work toward a two-state outcome.

Europe can shoulder the costs of the latter, not of the former. To this end, Europeans should keep in mind how little appetite for a two-state outcome there is among key Israeli decision-makers: the new president, Reuven Rivlin, is in favour of one state with some rights for its Palestinian inhabitants while many members of Netanyahu's coalition openly oppose the birth of a Palestinian state.

On the Palestinian side, a political process is needed, to include Hamas but also currently marginalised constituencies into the main Palestinian institutions such as the PA and the PLO. Generally, European policy should make clear how the benefits of peace out-weigh the dividends of war. Ultimately, this political process could require a revision of the current ban on formal European contacts with Hamas. However unpalatable this may be at this stage, effective diplomacy needs engagement with all sides. 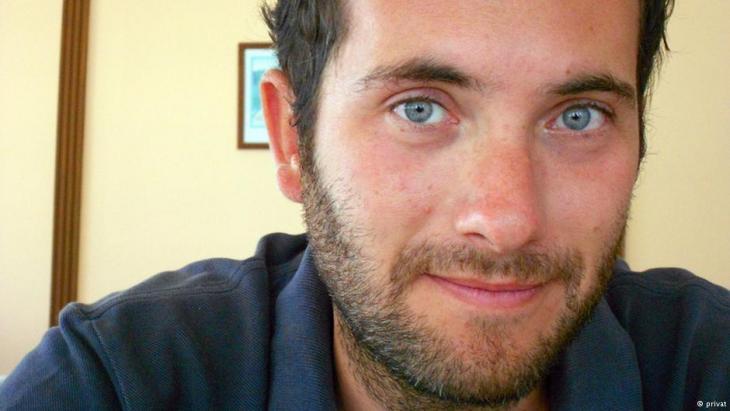 Within Europe, Germany can play a specific role. Longstanding German support for Israel and for PA institution-building can be transformed into leverage. Germany can make clear that spending to support the unsustainable status quo is not in the interest of its German taxpayers.

It can continue to push for more integration between the EU and Israel if this is combined with Israeli compliance with the policy of differentiation. Finally, Germany can continue to protect EU-funded projects in the Palestinian Territories such as projects for solar energy in the West Bank.

In doing this, Germany and Europeans in general should not be taken hostage by events on the ground. Longstanding EU policies on the differentiation between Israel and the Occupied Territories should be insulated from flare ups in the conflict, while pursuing the two-state solution may generate unpleasant moments with parts of the ruling Israeli coalition.

It is understandable that the German government and the EU may be hesitant to take these steps given the nature of the beast and the number of other crises in its neighbourhood.

Nevertheless, the alternative for Germany and for Europe is to keep spending considerable resources to keep afloat a status quo that includes repeatedly and recurrently all the horror that we have witnessed in the last six weeks.

Many Turks are dissatisfied with the international status of their country. At the same time, opinion polls reveal great scepticism among the Turkish population towards the USA. ... END_OF_DOCUMENT_TOKEN_TO_BE_REPLACED

Very different Western reactions to the suffering in Ukraine and the Arab world show that there is a profound rift among cultures. Essay by Michael Young END_OF_DOCUMENT_TOKEN_TO_BE_REPLACED

Since Spain abandoned its traditional neutrality towards the conflict in Western Sahara, Morocco has announced a "new phase" in relations between the two countries. But what is ... END_OF_DOCUMENT_TOKEN_TO_BE_REPLACED

Tunisia's president has been carrying out a coup by degrees, demolishing the country's hard-fought democratic gains bit by bit. With an economy in turmoil and a splintered ... END_OF_DOCUMENT_TOKEN_TO_BE_REPLACED

From the Euphrates to the Mekong, dams that ensure one country's water supply risk leaving others parched. But shared water resources can be a source of peace as well as conflict ... END_OF_DOCUMENT_TOKEN_TO_BE_REPLACED

Middle Eastern countries are still on the fence when it comes to the Russian invasion of Ukraine. Their citizens point to the West's double standards surrounding conflict and ... END_OF_DOCUMENT_TOKEN_TO_BE_REPLACED
Author:
Mattia Toaldo
Date:
Mail:
Send via mail

END_OF_DOCUMENT_TOKEN_TO_BE_REPLACED
Social media
and networks
Subscribe to our
newsletter