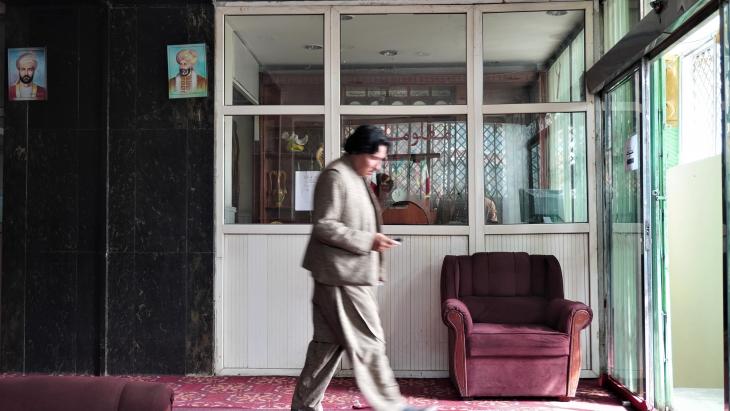 Even in times of war and pandemic, refugees are still being deported to Afghanistan. Several deportation flights have taken place in recent weeks alone. Since those affected often have nothing to go back to, many of them end up in a seedy hotel in downtown Kabul. Emran Feroz reports from the Afghan capital

The Spinzar Hotel is located in the heart of the Afghan capital Kabul. Near the bustling main street is the old bazaar, the Bagh-e Omomi bridge and the famous Mosque of the King of Two Swords. Many people stroll past the hotel without noticing the building. It appears unremarkable and rather dilapidated, like so many other buildings in the neighbourhood. A literal translation of "Spinzar" would be "white gold", although – nowadays at least – there’s none of that in evidence.

Everyday life at the Spinzar seems rather dreary. A security guard sits languidly out front. He barely bothers to frisk the few visitors that approach the entrance. The receptionist is engrossed in his mobile phone. Occasionally, if someone asks for a guest, he’ll call them up. The lobby, with its fusty furniture, is mostly empty. The dining room looks as though it is never used.

This is the place where deported Afghan refugees from all over the world end up – several times a week. Over the last few days alone, deportees from Germany, Austria and Iran checked into the Spinzar – against their will. For those deported, the hotel is their first step back into a new, old life. It is no coincidence that of all places, they should end up here.

For about five years, the Spinzar has been working with the International Organisation for Migration (IOM). Many of the 'guests' are not genuine travellers, but desperate people with nowhere to go in Kabul. "Not long ago, a young man committed suicide in the hotel following his deportation. For many it was the first indication of what’s actually going on here,” says a bookseller who works nearby. 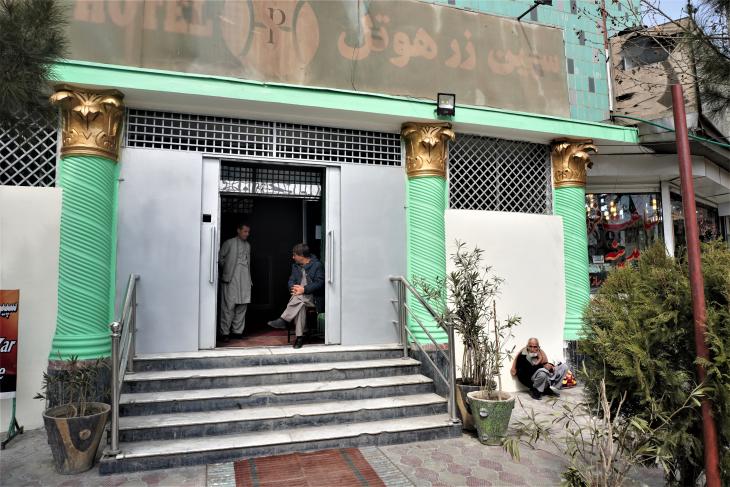 Manager of the Spinzar Hotel Abdul Karim Rahimzai has got to know many deportees since taking over the business. He does not approve of the actions of the governments responsible. "Afghanistan is one of the deadliest countries in the world. Do you think I want to be here?"

The hotel profits from its co-operation with the IOM. Not that the staff are playing down the problems of the deportees. "We don’t support their deportation. They took huge risks to flee the war. That in the end they have been brought back, that’s painful for us too," says Jawed Noori, who has worked as a receptionist at the Spinzar for 11 years. He says that most of the refugees accommodated at the hotel in recent weeks and months have come from Germany and Austria.

Noori says that many of the deportees have psychological problems and often succumb to drug addiction. A few days ago, he experienced a dramatic scene when a deportee showed up at the hotel sobbing and covered in blood. The man claimed to have been roughed up by German officials at the airport. "He had a wife and child in Germany; he was forcibly put on a plane. A short time later, it all turned out to be a mistake. Now he’s back in Germany. That’s totally crazy and inhumane," says Noori.

Education for girls and women is still possible in Afghanistan, says Reinhard Eroes of the Kinderhilfe Afghanistan initiative. In interview with Elisa Rheinheimer, he talks about ... END_OF_DOCUMENT_TOKEN_TO_BE_REPLACED

A lawmaker in Pakistan's rugged northwest was sipping tea with voters when his phone chirped to life – the Taliban were calling with a demand for 'donations'. "We hope you won't ... END_OF_DOCUMENT_TOKEN_TO_BE_REPLACED

Cries of "Benghazi!" still resonate across the USA ten years after a deadly terrorist attack in Libya killed the U.S. ambassador and three other Americans. Ethan Chorin re-tells ... END_OF_DOCUMENT_TOKEN_TO_BE_REPLACED

Sufism has fluid boundaries. Just like Islam, Sufism is inconceivable without its late antique roots. Then again, it has also exerted an influence on Hinduism. Moreover, the Sufic ... END_OF_DOCUMENT_TOKEN_TO_BE_REPLACED

Journalist Waslat Hasrat-Nazimi was forced to flee Afghanistan with her family as a child and grew up in Germany. To mark the publication of her book "The Lionesses of Afghanistan ... END_OF_DOCUMENT_TOKEN_TO_BE_REPLACED

Just as the Islamic Revolution fundamentally changed Iran 43 years ago and had an impact far beyond the country's borders, the current wave of protests sweeping the country is set ... END_OF_DOCUMENT_TOKEN_TO_BE_REPLACED
Author:
Emran Feroz
Date:
Mail:
Send via mail

END_OF_DOCUMENT_TOKEN_TO_BE_REPLACED
Social media
and networks
Subscribe to our
newsletter