The Iraqi jurist Naseef Naeem has completed a study which closely examines the emergence, framing, and consolidation of the new Iraqi constitution. The main flaw of this constitution, says Naeem, is that it grants the central government too little power. Sebastian Sons presents the study 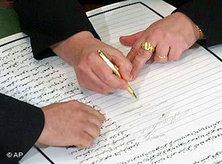 "We are the people of the land between two rivers": The 25-member Iraqi Governing Council take turns in finally signing the historic new Iraqi interim constitution, 8 March 2004

​​Naseef Naeem's arguments are clear, refreshingly non-polemic, and even understandable to the legal layman. In particular, his description of the legal lines of conflict during the drafting of the Iraqi constitution provides a many-sided glimpse into Iraqi society during a time of terror, civil war, a legal vacuum, and partial lawlessness.

The Iraqi academic traces the development of the drafting of the constitution after the overthrow of Saddam Hussein in 2003 until 2007 and he explains the tendency of most Arab states to prefer centralistic state structures. He also provides a thorough analysis of the only federalist exception in the Arab region – the United Arab Emirates.

In light of the current confusion in today's Iraq, the analysis introduces the positions of various social groups into the debate on the new constitution, thereby offering one of the most interesting and elucidating parts of the study.

Iraq as an artificial construct

Naeem supplies a constitutional comparison between Iraq and other federally structured states, such as Germany and Spain. He is not only content to provide readers with a legal analysis of the future of an Iraqi federal state, but also offers concrete suggestions for improvements and attempts at solutions: 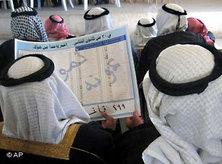 Arab Sunnis have to accept the principle of federalism stipulated in the constitution, says Naeem - "or else the 'embryonic federation' of Iraq will not come into being as a state"

​​"Iraq is an artificial construct (…), but they [the Iraqis] must, on account of their diversity, create the minimum of homogeneity to form themselves into a federal population within a state system in order to guarantee the continued existence of this construct."

His conclusions are accordingly sober, but in no way express disillusionment.

The history of Iraqi society is closely linked to European dominance and heteronomy, as well as religious and ethnic conflicts between Kurds and Arabs and between Shiites and Sunnis.

There is indeed the desire among the various Iraqi players for independence and autonomy. Yet, at the same time, the reluctance to compromise has resulted in paralysis in making decisions on constitutional principles that would have fundamental significance for the future character of the country.

This is particularly the case with respect to the creation of a federal system that would structure the country along separate federal states, which the author views as "un-Arabic." This is because "a federal structure (...) has many centers of power (...), which could endanger state unity." This explains the tendency towards centralism. The Iraqi constitution thereby contains federalist principles and in Article 1 characterizes the country as a "federal state."

While the Kurds and Shiites vehemently support this constitutional position, the Arab Sunnis refuse to comply and criticize the federalist principle as a means of American oppression.

Naeem concludes that this is more than just a superficial dispute about federal structures for Iraq and instead concerns the common historical and traditional struggle for power, influence, and strength.

The opportunity for a more stable future

According to Naeem, the debate on federalism really has to do with separatism, the weakening of the nation, and the risk of civil war. Despite this, the author sees the opportunity for a more stable future in Iraq – especially due to the formulation of the federalist principle. Without the approval of Article 1 of the constitution, the danger of division between north and south would be even more evident and Iraq as a state would face imminent collapse. 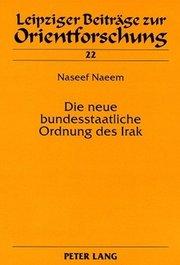 A good socio-political description and categorization of post-war Iraq: Naseef Naeem's book is not yet available in English

​​This federal approach, however, has failed to make enough progress to date. The shortcomings are many. The biggest drawback is that the constitution grants the central government too little power, leaving the federal regions with only rudimentary ties to the government in Baghdad.

For instance, in matters concerning oil there is a lack of allocation of legislative authority, there is no equalization agreement between the regions, nor is there a willingness on the part of the federal government to allow the regions greater authority in certain spheres. Opportunities to overcome these shortcomings through political dialogue between individual players have slipped away. Instead, egoism, unwillingness to compromise, and armed violence prevail, asserts Naeem.

"Iraq as an embryonic federation"

The greatest goal is then to see "the conviction take hold among the Kurdish and Shiite majority that a federal Iraq can only succeed when strong powers (...) are also conceded to the federal government." Simultaneously, the Sunnis have to accept the principle of federalism stipulated in the constitution.

Only in this way can the "embryonic federation" of Iraq come into being as a state in which an Iraqi identity can develop. No longer would it be a country where people see themselves primarily as Shiites, Sunnis, and Kurds, but rather as Iraqis.

The realization of this goal appears unrealistic, at least from today's perspective. This is not only due to the current instability, but also due to the conflicting, conflict-filled history of Iraq, where the people have never really viewed themselves as Iraqis.

Naeem impressively succeeds in presenting the debate on the constitution and Iraq's federal structures in a societal context. The points of contention on paragraphs and articles, on jurisdictional authority, and decentralization measures clearly reflect the present status of Iraqi society – torn, distraught, and disunified.

At the same time, the young academic sees good chances for a better future in Iraq if the federalist constitutional elements are properly implemented, as this would improve the domestic unity of the "Iraqi population" – or perhaps even create it anew.

The Iraqi Constitution
Despite Approval Major Issues Remain Unresolved
Iraqis have passed their country's new constitution, according to official results from a referendum. In theory the constitution is a step forward, but core questions of power distribution have yet to be resolved, says Michael Lüders

The Draft Constitution of Iraq
Differences of Opinion and Common Ground
Iraq is in turmoil, on the verge of civil war. The draft constitution, however, demonstrates that – despite fierce conflicts of the various factions – there is indeed a culture of debate in Iraq. By Raschid al-Khayyun

Iraq
A Good Foundation for the Nation
The new interim constitution agreed by Iraqi politicians on Monday calls for a federal state that guarantees human rights. It's a very respectable result. Commentary by Peter Philipp

Interview with Faleh Abdel Jabar
"Denominational Federalism Is Dangerous and Separatist"
Iraq is increasingly struggling with its centrifugal forces. In this interview, Faleh Abdel Jabar, head of the Iraq Institute for Strategic Studies, discusses the various concepts of federalism and how they might work for Iraq. Interview by Youssef Hijazi

END_OF_DOCUMENT_TOKEN_TO_BE_REPLACED
Social media
and networks
Subscribe to our
newsletter