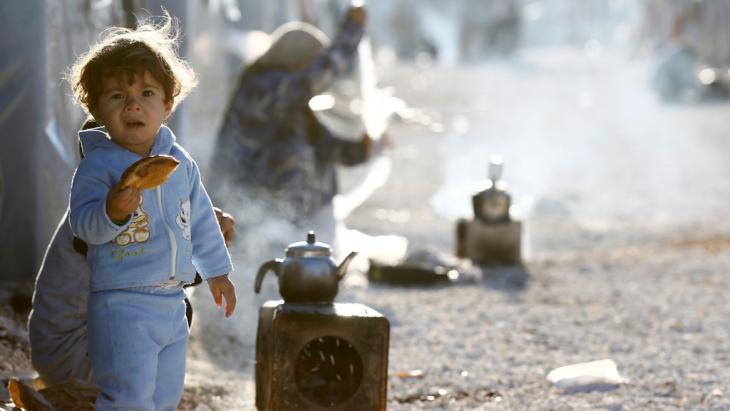 In the battle against Islamic State, the religious leaders of Islam have failed; the onus is now on secular forces to fight the jihadi terrorists. To this end, the West must support the beleaguered rebels and civil society's campaign for civil and human rights in the Arab world. A commentary by Markus Bickel

The Sunni religious leaders of the Arab world are not up to the challenge posed by Islamic State. Not long ago, the Grand Sheikh of the Al Azhar Mosque in Cairo absurdly described the terror group that spares no minority in its campaign of destruction and that has beheaded not only US and British citizens, but also an Israeli, as a "Zionist conspiracy" to crush the Arab world. The Grand Mufti of Saudi Arabia perceives the group as "Islam's enemy number one" – although Christians and Yazidis are just as threatened by the murderous "holy warriors" as Shia and Sunni "deviants".

This self-centred attitude is nothing new: Sunni Islam is currently in the middle of a profound identity crisis. The fact that the most influential Sunni doctrinal authority and the custodians of the holy sites of Mecca and Medina can think of no other way to counter the jihadis than to make vacuous statements and come up with crude conspiracy theories, is symptomatic.

A thousand days have passed since Egyptians, Syrians, Libyans, Tunisians, Bahrainis and Yemenis rose up against their rulers, yet sometimes it seems as though the early phase of the Arab Spring took place decades ago. This is not the fault of those who took part in the uprisings, but of the authoritarian rulers who have put the clock back to zero. The supreme Sunni clerics have given this development their blessing; as a moral corrective, they are failing. 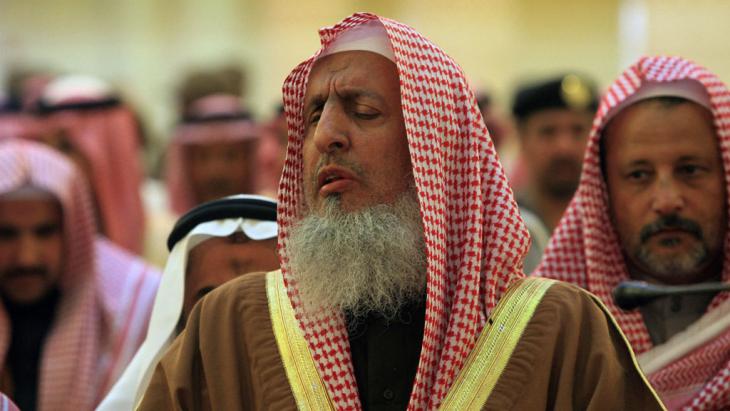 The Grand Mufti of Saudi Arabia, Sheikh Abdulaziz al-Shaikh, has declared Islamic State to be "Islam's enemy number one" although, writes Markus Bickel, "Christians and Yazidis are just as threatened by the murderous 'holy warriors' as Shia and Sunni 'deviants'."

The need to support secular forces

For this reason, the onus is not on religious but on secular forces to win the intellectual battle against the militant Islamists. In Syria, where Islamic State grew to become the strongest militia in 2013, it was members of the beleaguered civil society who put up decisive resistance to the jihadis right from the outset. The fact that the rebels are equally exposed to the terror of the Assad regime and that of the Islamists, shows just how much they are feared by both sides. Providing the opposition with political and military support would weaken Islamic State; so the opposition's campaign for civil and human rights must also be the concern of the West.

The same also applies to Libya and Egypt, where journalists, democracy activists and labour leaders are also a thorn in the side of the military, intelligence agency and reactionary preachers. The forces of change deserve our backing, not the regimes and their religious mouthpieces that suppress them. Sanctions such as the retention of development aid in response to the violation of basic rights would be a step in this direction.

After all, the rise of Islamic State is an expression of the misery of the Arab world; an all-out "war on terror" would be grist to the mill for Egypt's President Sisi, Saudi Arabia's King Abdullah and Syria's Assad. By referring to the crimes of the jihadis, the coalition of counter revolutionaries can always justify new waves of repression and make the masses believe that the "holy warriors" are foreign bodies in an otherwise intact Islamic community. 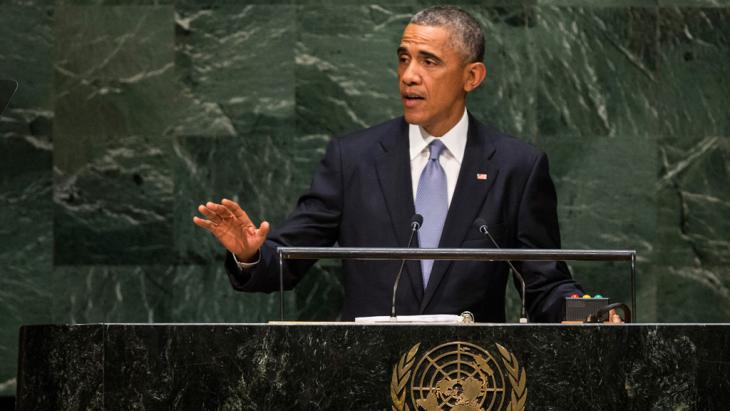 Addressing the UN General Assembly on 24 September 2014, President Obama said that the time has come to stop the "corruption of young minds by violent ideology". This means, he said, "contesting the space that terrorists occupy, including the Internet and social media. Their propaganda has coerced young people to travel abroad to fight their wars, and turned students – young people full of potential – into suicide bombers. We must offer an alternative vision."

However, these are not invaders from without, but rather for the most part Sunni Arabs who have joined the ranks of the terrorists. They meet with sympathy from Marrakech to Manama. Islamic State was only able to grow because all the factors that lead to the Arab Spring continue to exist: corruption, a lack of transparency, dysfunctionality and the abuse of human rights are all still features of the Arab regimes. Now that the repression has again been elevated to state doctrine under Sisi, the next generation of jihadis are currently being hot-housed in Egypt's jails.

This is all the more tragic because despite all their weaknesses, the Arab freedom fighters represent the most credible bulwark against the murderous mania of the Islamofascists. For sure: in Egypt, the Muslim Brotherhood emerged victorious from the revolution; in Tunisia and Libya too, representatives of political Islam won the upper hand. But many did not defect to the militant forces until after the massacres that occurred during the coup against Muhammad Morsi. Since then, the region has been in flames, from Libya in the west through Syria and Iraq to Yemen in the southeast.

If the Arab world wants to liberate itself from the misery of jihadism, there is no bypassing the battle to install human and civil rights. It may take another generation – if not longer – for these rights to be enforced, but there is, nevertheless, no alternative.

As US President Obama said at the United Nations, any anti-terror campaign is doomed to fail if young people are being offered nothing but the regulations of an authoritarian state or the promises of an extremist underground movement. The free world must support the forces that resist Islamic State but that do not accept that the "war on terror" is used to further the internal political interests of authoritarian regimes.

Germany's foreign policy is explicitly values-based. But what happens, Ralf Bosen asks, when democracy, the rule of law and human rights collide with the logic of trade and ... END_OF_DOCUMENT_TOKEN_TO_BE_REPLACED

The rollout of coronavirus vaccines in the Middle East and North Africa is already taking place on a massive scale, with the United Arab Emirates leading the way. Nevertheless, ... END_OF_DOCUMENT_TOKEN_TO_BE_REPLACED

German Middle East analyst Guido Steinberg and television journalist Ulrich Tilgner have both published new books on the conflicts in the Middle East. Their analyses and their ... END_OF_DOCUMENT_TOKEN_TO_BE_REPLACED

Saudi Arabia and its allies have agreed to set aside their differences with Qatar at a summit meeting of the Gulf Cooperation Council. The restoration of diplomatic relations ... END_OF_DOCUMENT_TOKEN_TO_BE_REPLACED

Ten years after the start of the Arabellion in North Africa and the Middle East, many view the movement as a failure. But rather than being over, it has now entered a more mature ... END_OF_DOCUMENT_TOKEN_TO_BE_REPLACED
Author:
Markus Bickel
Date:
Mail:
Send via mail

END_OF_DOCUMENT_TOKEN_TO_BE_REPLACED
Social media
and networks
Subscribe to our
newsletter