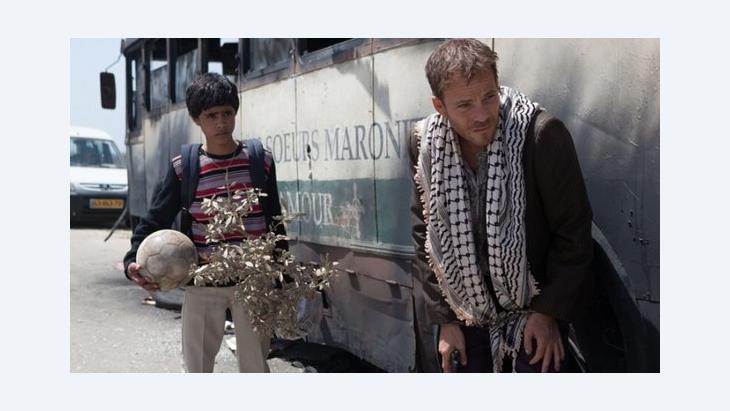 The Film ''Zaytoun'' by Eran Riklis
Unpicking the Hatred

The unusual film "Zaytoun" tells of the complex and unlikely friendship between a Palestinian refugee and an Israeli fighter pilot, and of the gradual consolidation of mutual trust on an ideological minefield. By Volker Kaminski

Beirut 1982. On the eve of the Lebanon War, the danger of a military confrontation is palpable. Cityscapes are marred by the sight of armed soldiers and convoys of military vehicles. The first battles take place between the PLO and the Israeli air force. There is a threatening hum of jet plane engines, as the aircraft fly alarmingly low over the city.

In this state of war Fahed, a 12-year-old Palestinian boy, realises just how his very existence can be threatened from one second to the next. He lives in poverty in Shatila, a Palestinian refugee camp in the south of the city; he loses his father in an Israeli air attack, his mother has already been killed. 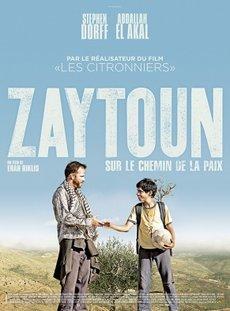 Another milestone in efforts by Israeli director Eran Riklis to improve Arab-Israeli relations: The film "Zytoun¨with Stephen Dorff and Abdallah El Akal in the lead roles

​​But Fahed – as we see from the first minutes of the film – is a boy with great determination and a healthy dose of courage. In games of street football he's known as "Zico", the Brazilian superstar; he would rather sell cigarettes and gum to the soldiers than go to school, although it's strictly forbidden for him to go beyond the confines of the camp.

A trip to the Palestinian homeland

The death of his father appears to put an end to any thoughts he might have had of ever reaching the Palestinian homeland. But the opportunity to set out for the territory that held so many dreams and aspirations for his parents and grandparents presents itself sooner than he thinks. The fact that he is supported in his endeavours by, of all people, an Israeli fighter pilot, is one of the movie's most appealing plot twists.

Yoni, the Israeli pilot, has been shot down in an air raid over the city. When he is taken to a PLO prison, Fahed is there; he regards the hated "enemy" through the bars of his cell, refuses to bring him any water and scornfully blows cigarette smoke in his face. Although at this point in time the boy would like to kill him, a short time later he reaches a deal with the pilot.

He frees him from jail and together, they set out on a daring odyssey through war-torn territory to Israel. For Yoni, a barely imaginable return – for Fahed a journey into a lost Palestine.

The Israeli director Eran Riklis creates this artwork, which tells of human warmth in an apparently hopeless conflict, without descending into sentimentality. His aim is to "take leave of prejudices and see the world through different eyes." To choose, of all places, the Middle East and its deeply entrenched Israeli-Palestinian enmity as a setting for the film is quite a gamble. But the postulation – "to discover rays of hope and stories full of hope amidst the chaos and misery" – is nevertheless justified.

The strong screenplay, which captures the protagonists sensitively and accurately, is a major contributing factor to the success of the film. It was written over a 20-year period by Nader Rizq, whose parents were forced to leave Palestine. Rizq set out to "illustrate in the most engaging way possible what it means to be Palestinian". 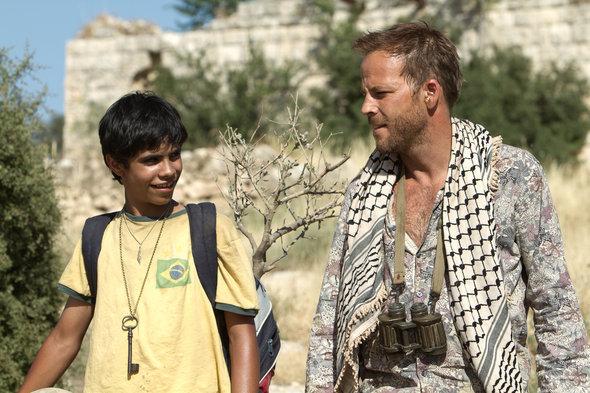 Boundaries that can be transgressed: Instead of using his film to pursue a political agenda, Riklis issues a universal message that he sums up succinctly as: a road movie about two guys who become mates

But instead of pursuing a political agenda and dividing up the world into good and evil, the makers of the film are more concerned with issuing a universal message that the director neatly sums up with the phrase: "A roadmovie about two guys who become mates."

In this marriage of convenience, which gradually develops into a genuine friendship, the protagonists are not assigned perpetrator-victim roles from the outset. Fahed, brilliantly played by the highly talented Abdallah El Akal, remains for a long time mistrustful and reticent towards the "enemy", refusing to remove the handcuffs that the pilot wears as a prisoner of war.

But his undertaking is not only being motivated by selfish factors – this is evident from the fact that during his entire arduous journey, he carries a pot with a puny olive tree in his rucksack: "Zaytoun", the last olive tree from his grandfather's garden in Palestine. Fahed does not allow himself to be separated from this little tree under any circumstances – and right to the last he believes he will find his parents' village in no-man's land, a village not marked on any Israeli map.

The film works on an unobtrusive symbolic level: with the symbol of peace, the olive, serving as a leitmotif, just like the huge key to his parents' house that Fahed is seeking in Palestine. The desolation of the war-torn terrain is also given an almost mythical hue as Fahed and Yoni encounter burned-out tanks and the half-destroyed stalls of a funfair; but before too much pathos can arise, the two silently competitive travellers begin a duel at the shooting range.

But what finally binds them together is the mutual realisation that they have both lost their fathers in war, and that they have been locked in yearning for those fathers ever since.

The American actor Stephen Dorff who plays Yoni also brings human warmth to the role without misappropriating the requisite coolness and callousness of a fighter pilot. On their dangerous journey, partly on foot and partly by stolen jeep – or even on one occasion with both of them on the back of a donkey – the viewer warms to both protagonists. The movie captures magnificent images of a barren landscape, filmed on location in Israel, forming a fitting backdrop to this very moving, human story.

With reported hostilities against Israeli journalists and the flag of the Palestinian territories flying on the streets and in the stadiums, it is clear the World Cup in Qatar is ... END_OF_DOCUMENT_TOKEN_TO_BE_REPLACED

When is it and when is it not acceptable to display a political banner at the World Cup in Qatar? The answer seems to depend largely on the political message, with fans ... END_OF_DOCUMENT_TOKEN_TO_BE_REPLACED

A leading light of Israeli theatre, Ofir Henig has directed the Israel Festival and is the only female director to have been awarded the Israel Theatre Prize. These days, however ... END_OF_DOCUMENT_TOKEN_TO_BE_REPLACED

With the current leadership of Iran quick to lay the blame for the Iran protests on Israel, the chances of harmonious relations between the two countries still seems remote. Yet, ... END_OF_DOCUMENT_TOKEN_TO_BE_REPLACED

Daniel Barenboim is not only a world-famous pianist and conductor. He has also worked tirelessly to foster understanding and reconciliation between Palestinians and Israelis. By ... END_OF_DOCUMENT_TOKEN_TO_BE_REPLACED

After a two-year hiatus, the Arab League re-convened at the beginning of November in Algiers against a backdrop of uncertainty and discord. By Pierre Boussel END_OF_DOCUMENT_TOKEN_TO_BE_REPLACED
Author:
Volker Kaminski
Date:
Mail:
Send via mail

END_OF_DOCUMENT_TOKEN_TO_BE_REPLACED
Social media
and networks
Subscribe to our
newsletter