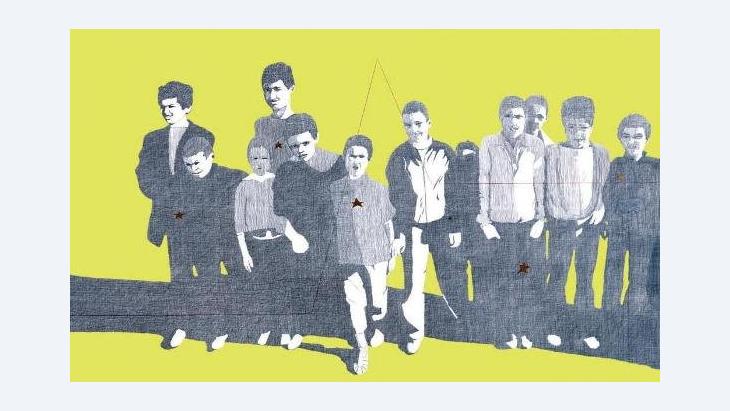 In her project "Algeria, Year Zero – the pieced together past of the future", Berlin-based Franco-Algerian artist Dalila Dalléas Bouzar focused on the collective traumas experienced by Algerian society. Martina Sabra spoke with the artist in Berlin

You were born in 1974 in Oran, Algeria. In 1976, you moved to France with your parents. You hold French citizenship. When did you begin to concern yourself with your Algerian family history? And what role did the civil war in the 1990s play in this?

Dalila Dalléas Bouzar: Politics was not an issue in our family. You won't believe it, but I only began to be interested in Algerian history with any intensity long after the civil war had ended. My interest was sparked by a documentary film, "Algerie(s)" by Patrice Barrat, Malek Bensmail, and Thierry Leclerc, which dealt with the Algerian civil war of the 1990s. I saw the film for the first time in the fall of 2010, when I was already living in Berlin. It was like I had received an electric shock. I had followed the news in the media throughout the 1990s like most other ordinary people. But I didn't consciously register that this terror, this massacre, affected the lives of thousands upon thousands of individuals. 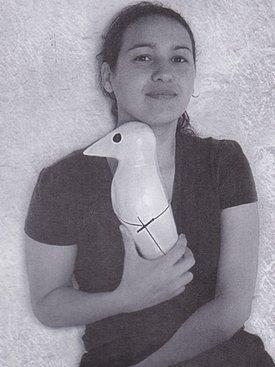 "Algerians have been unable to properly mourn." - The French-Algerien artist Dalila Dalléas Bouzar

​​It is something difficult to imagine…

Bouzar: Yes. I was completely stunned about my own reaction and asked myself how it was possible that I didn't realize what was going on, although I was already 18 years old at the start of the civil war. I wanted to get to the bottom of this. I was also suddenly aware that my father was 20 years old in 1962 when Algeria gained its independence. For the first time, I asked myself, "What did he do during the war? Why did we later move to France?"

You interviewed your father as part of your art project "Algeria Year Zero". What did he tell you?

Bouzar: In the early 1960s, just before the end of the war of independence, my father was forcibly recruited into the French army. I wanted him to tell me which side he was on. "Did you see yourself on the side of France or Algeria? What is the difference between you and a Harki, i.e. a Muslim Algerian serving the French army?" At this point, my father was sensitive. No, he was no Harki and was not a traitor, he said. He was forced to join the army. I then asked him, "Did you kill Algerians?" He said no. Then he couldn't take it any more and said, "That's enough! Why are you asking me all this?"

What personal conclusions did you reach?

Bouzar: I understood that things were not as simple as I had thought. When the official version of events today claims that the whole of the Algerian people were behind the FLN liberation front, it is simply not true. I wanted to better understand this complex situation, but the whole topic is still a major taboo in Algeria. People would rather not admit that many behaved in an opportunistic fashion and waited to see which way the political wind would blow. History is far from being the black and white version of events that one would like it to be.

What link do you see between the war of liberation and the terror of the 1990s? 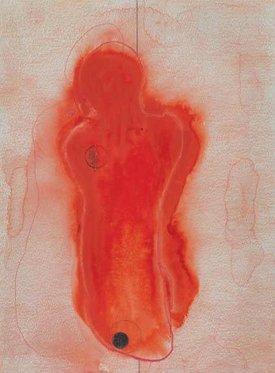 Flowing and translucent images of Algeria's civil war: an untitled work from the "Algérie, Année 0" project

​​Bouzar: I see the civil war of the 1990s as a direct consequence of attitudes towards the violence of the war of independence. The fact that one cannot openly speak about violence committed by Algerians against Algerians means that many people have been unable to properly mourn. This has led to a smouldering, latent potential for violence within Algerian society.

How did your exhibition and the book "Algeria, Year Zero" come about? How did you conduct your research?

Bouzar: Everything began with the documentary film "Algérie(s)". The film made it clear to me that there were hardly any images of the Algerian civil war outside of the country. I found this shocking. We live in a society that is constantly flooded with images, but here some of the worst crimes were committed and yet there are no photos. I first began to search for images of the war in the media that were accessible to me. It was also an attempt to piece together parts of my personal history, as there was huge gap when it came to this subject.

What criteria did you use in selecting images?

Bouzar: I choose photos not because of their historical value, but rather according to aesthetical and emotional criteria. I took images, which interested me artistically, and partially drew them on paper and altered them with colours, contours, and various painting techniques. Parallel to this, I wrote and I also asked other authors to write something, because I wanted to speak about memories, but within a framework of exchange with others.

Many of your images seem flowing, translucent, transparent, and fragmented – in stark contrast to the heroic tone in which the Algerian history of liberation is usually presented. How did viewers in Algeria react to your exhibition? Were they prepared to engage themselves with the images?

Bouzar: My greatest fear was that people would say I had no right to work on this topic, because, although an Algerian, I don't live in Algeria and I did not personally live through these events. Yet, most people found it good that someone took on the subject in an artistic way. This is still quite rare. And people also appreciated that I attempted to remain politically neutral. 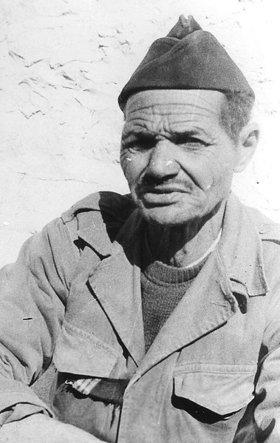 Harkis were Muslim Algerians serving in the French army. The term sometimes extends to cover all Algerian Muslims who supported the French presence in Algeria. Pictured: A World War ll Harki veteran in 1961

​​In your book, you speak about pulling away the veil from memory. Is there a reality behind the veil? Are you searching for the truth or is the process more important for you?

Bouzar: Yes, there is a veil and I would like to raise it. After all, one thing is perfectly clear. Algeria is formally a democracy, but in reality it is an authoritarian state, in which a great deal is hidden and concealed. Above all, it conceals Algerian history from the Algerians themselves. This already begins at school. There are facts, however, that are clear and irrefutable.

You have been living in Berlin since 2009. How has your interaction with the city and its inhabitants affected your artistic work and your life?

Bouzar: Very, very much. I came to Berlin for the first time in 1995. At the time, I was a student and I took part in a workshop at the Wannsee Conference House. I then decided that I didn't want to become a biologist, but instead become a graphic artist. Since then, it was clear to me that I wanted to live in Berlin for a longer period of time. And I've been back here since 2009. I believe that my Algeria project would not have come about were it not for Berlin.

I was deeply impressed with how Germans dealt with their history. I made a point of going to see the Topography of Terror exhibition. I also find the "stolpersteine" cobblestone memorials very good. I began to make the acquaintance of German artists, such as Jochen Gerz, who also concerns himself with art and memory. I wish that in the future, Algerians will also be able to develop such creative approaches to dealing with their past. The present political context does not allow this. Yet, even just being able to think about it is, for me, already a step in the right direction.

Dalila Dalléas Bouzar published a bilingual English-French volume of essays on her exhibition under the title "Algérie, Année 0" in the summer of 2012. It can be ordered on the artist's web site.

Home
Print
Newsletter
More on this topic
Literature and Collective Trauma in Algeria: Moving Beyond the Examination of HistoryFrance and the 50th Anniversary of Algeria's Independence: A Pact against MemoryInterview with Benjamin Stora: The Bitter Legacy of Past Franco-Algerian Relations
Related Topics
Democracy and civil society, Dialogue of Cultures | Intercultural Dialogue, Islamic art, Visual arts
All Topics

The history of Jews and Muslims is far more entangled than you might imagine – but you have to listen out for it. In "Recording History", Christopher Silver takes us on a sonic ... END_OF_DOCUMENT_TOKEN_TO_BE_REPLACED

Welcome to the world of Al Qasar, where Arabic music collides head-on with punk and psychedelic to create something powerful and beautiful. "Who Are We" is a raucous, subversive ... END_OF_DOCUMENT_TOKEN_TO_BE_REPLACED

The southern shores of the Mediterranean Sea are losing sand faster than almost anywhere else. The ecological and economic damage is immense. The good news is, there are ways to ... END_OF_DOCUMENT_TOKEN_TO_BE_REPLACED

To understand Islamic mysticism, we must first clear up a number of misconceptions, as Marian Brehmer writes in his essay – part 1 of a new series on Sufism END_OF_DOCUMENT_TOKEN_TO_BE_REPLACED

END_OF_DOCUMENT_TOKEN_TO_BE_REPLACED
Social media
and networks
Subscribe to our
newsletter