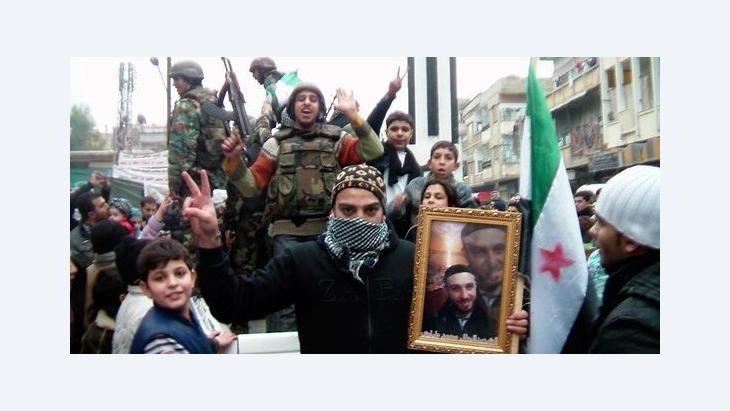 The Free Syrian Army
''Don't Drag our Revolution through the Mud!''

﻿In an article entitled "The Burial Brigade of Homs" published on 29 March 2012, the German news magazine SPIEGEL online asserted that the Free Syrian Army has been responsible for the systematic sentencing, torture and execution of militiamen, soldiers and supporters of the Assad regime. In an interview with Sakr El Horea, the commander of the Al Farouk Brigade in Homs, Abdel Razaq Tlass, denies the accusations

Have members of the irregular state Shabiha militia group been executed by the Free Syrian Army (FSA)? If so, were these isolated cases or are executions a regular occurrence, for instance, after guilt has been proven?

Abdel Razaq Tlass: From the very start, the task of the FSA in Homs has been to protect the demonstrators and to support the work of activists on the local coordination committees in Homs. This cooperation has allowed us to provide the world with information on the massacres committed by the regime. The Al Farouk Brigade has not conducted any executions of Shabiha militiamen or any captured soldiers. The brigade does not see itself as a court.

The SPIEGEL online article describes an organization that consists of a summary court, interrogation brigade and burial brigade. Does such a structure exist in Homs?

Tlass: No. There is neither an execution brigade nor a summary court brigade. The Al Farouk Brigade interrogates prisoners without resorting to psychological or physical torture. There is no interrogation brigade, as interrogations are usually conducted by the leaders of the brigade. 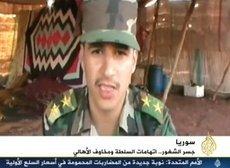 Abdel Razaq Tlass, one of the first deserters and the nephew of the long-serving Syrian Defence Minister Mustafa Tlass, is regarded as an important figure within the Free Syrian Army

How many soldiers from the regular Syrian Army, how many Shabiha militiamen and how many Assad supporters have been killed?

Tlass: You have to differentiate between two things: many regime soldiers were killed during the fighting between Assad's troops and the FSA in Homs, during the defence of civilians by the FSA, and as a consequence of FSA attacks on military bases. Unfortunately, I can't provide you with an exact number. However, the FSA has never conducted any executions or the targeted killing of individuals.

The witness in the SPIEGEL online article describes how a member of the burial brigade cut the throat of a prisoner condemned to death by the FSA.

Tlass: We categorically reject such a form of killing. No executions are carried out on behalf of the FSA.

How does the FSA determine the guilt of prisoners? Does the FSA use torture during interrogation? If so, what form of torture?

Tlass: We do not employ any form of torture during our interrogations.

﻿Is there any cooperation between the local coordination committee and the Al Farouk Brigade when sentencing of prisoners?

Tlass: There is no sentencing of prisoners. The purpose of interrogations is to gain information and to gather evidence. Videos are made in which the prisoners describe their actions. In exchange, we release them. Convictions, however, do not take place. 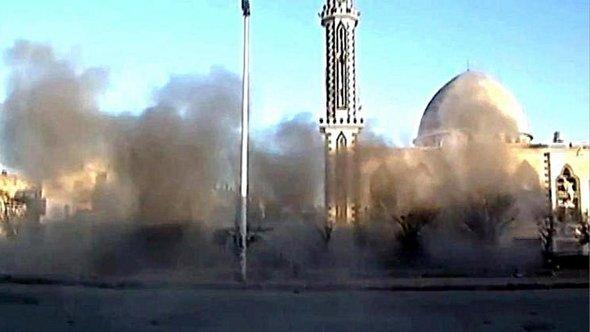 The attack by Assad's troops on the district of Baba Amr in Homs: "From the very start, the task of the FSA in Homs has been to protect the demonstrators and to support the work of activists on the local coordination committees in Homs," says Abdel Razaq Tlass

Tlass: There are no summary courts. From this it follows that there is also no chairman or observer either. As for the names "Abu Mohammed" and "Abu Hussein," they don't mean anything to us. There are thousands of Abu Mohammeds and Abu Husseins in Syria.

The SPIEGEL online article is primarily based on statements made by the 24-year-old Hussein and a "high-ranking member of the citizen's defence in Homs" with the alias Abu Rami, who are both currently being treated in the city hospital in Tripoli. Do you know these two fighters?

Tlass: No, we do not know these individuals. We find it very surprising that a serious media outlet would publish such an article on the basis of information from just one single person. In recent times, we have frequently cooperated with the international press. The normal procedure is to properly identify the person interviewed and to confirm the information through a number of sources. 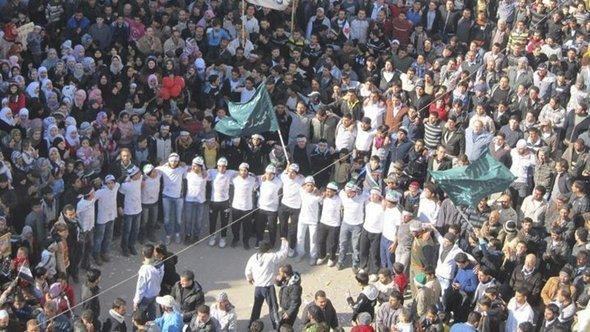 In sharp contrast to the claims made in the SPIEGEL online article, Tlass categorically denies that the FSA has an interrogation brigade, holds summary courts, and tortures and kills prisoners, saying that on the contrary, the brigades of the FSA and the Al Farouk Brigade have always exchanged their prisoners for imprisoned activists

Are the actions of the Farouk Brigade comparable with what goes on in other centres of protest, or is the situation in Homs unique?

Tlass: All the troops of the FSA work according to the same moral guidelines and principles. We have chosen to fight for the freedom of the Syrian people so that they can freely elect their own government and parliament.

What do other FSA brigades do with their prisoners?

By freeing the prisoners, we want to give them the opportunity to reconsider their support for the regime. It has often been the case that they have then joined the FSA. We know that these prisoners have parents and siblings, who also suffer under the pressure exerted by the regime, and that they themselves are being blackmailed. We therefore ask the outside world, if you can't provide us with assistance, please at least do not drag our revolution through the mud.

Any reconciliation between Turkey and Syria’s Assad regime would have disastrous consequences for many Syrians, explains Syria expert Kristin Helberg END_OF_DOCUMENT_TOKEN_TO_BE_REPLACED

There are signs of an imminent normalisation of relations between Turkey and Syria. This would allow Erdogan to score political points domestically before the upcoming elections ... END_OF_DOCUMENT_TOKEN_TO_BE_REPLACED

As Syrian camps housing families of Islamic State fighters get more dangerous, there are calls to bring children out, even if the mothers don't want to go. The idea of separating ... END_OF_DOCUMENT_TOKEN_TO_BE_REPLACED

Where are the measures to deal with the looming challenges facing the Arab world? In this commentary, Marwan Muasher warns that the region is in grave danger of falling behind ... END_OF_DOCUMENT_TOKEN_TO_BE_REPLACED

At the end of every year, the team at Qantara.de gives you a run-down of the ten most-read articles on the site over the past 12 months. Here is a quick overview of the stories ... END_OF_DOCUMENT_TOKEN_TO_BE_REPLACED

Social engagement is often motivated by religious factors. A new book explores the background to these community efforts and appraises how effective they are in helping to ... END_OF_DOCUMENT_TOKEN_TO_BE_REPLACED

Comments for this article: ''Don't Drag our Revolution through the Mud!''

END_OF_DOCUMENT_TOKEN_TO_BE_REPLACED
Social media
and networks
Subscribe to our
newsletter