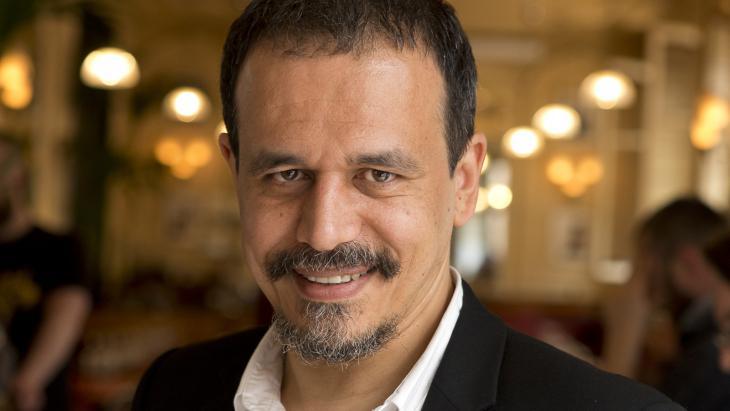 In the wake of the Paris attacks, the question is how such an outbreak of hate and violence could have happened in France. French crime novelist Karim Miske described life in the desolate banlieues of Paris in his novel ″Arab Jazz″. In interview with Claudia Mende he advises against simplistic answers and talks about the difficulties French society has in accepting its immigrants, who feel more French than Arab

Monsieur Miske, how do you feel in the wake of the Paris attacks?

Miske: I feel a bit better now, but for two to three days after the attacks, I was devastated. I couldn′t think straight; all I could do was try and figure out what had happened, find out any of my friends had been killed or wounded. It turns out that none of my personal friends died, but several people I had met did. I don′t live far from where the attacks occurred in the 10th and 11th arrondissements. It was very immediate, both geographically and in a social sense, because the cafes targeted were full of writers and film makers. It was a shock for everybody.

A few days ago you wrote in a blog that you long for silence, because everyone you see talking in the media seems so sure of themselves

Miske: I just had to turn off the TV: everybody was just talking, talking... Whatever the solution, for me, it was simply too early. Common decency, silence, giving people time to grieve was what was needed. I craved space to be sad, to connect with my own feelings, but faced with all those people on the media being so assertive – I just felt it was somehow obscene.

In ″Arab Jazz″ you describe a multicultural setting in Paris with ultraorthodox Jews, corrupt policemen, Jehovah’s Witnesses, Salafis and young Muslims without any perspective. Do you regard these Arab youngsters in the banlieues as a lost generation? 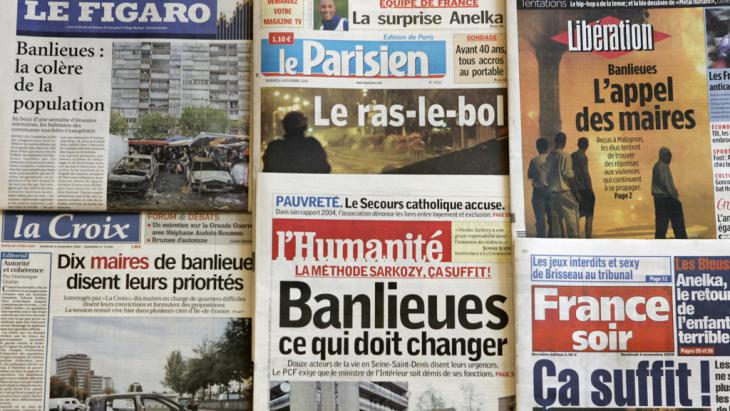 In the ten years since the Paris riots in Aulnay sous Bois, little has changed in the desolate banlieues that are home to much of Paris' immigrant population. "There is racism, there is exclusion and Islamophobia in France. As a young Muslim in France, you are a potential danger to the state. That′s what they make you feel," explains Miske

Miske: As far as the descendants of immigrants from former French colonies in North and West Africa are concerned, we′ve already had several lost generations. As long ago as 1993, people were marching against racism, protesting against the shooting of young Arabs by police, but nothing came of it. Something simply wasn′t working. Generation after generation, you have the same type of disenchanted youth. Ten years after the riots in 2005, the same frustration and anger is still apparent.

So it′s common to encounter young Arabs without any prospects in France today?

Miske: It would be simplistic to talk about a French intifada. The French population is not split into two warring factions. There are many havens of multiculturalism all over France, lots of mixed marriages, people who intent on building society together, but on the other hand, there is this lost generation. Some of them manage to leave the banlieues and some even remain living there, obtain qualifications and jobs, get married, start a family. But it′s not easy. Many Arabs are employed as teachers, social workers, doctors or nurses. Yet there are also those who don′t make it. The same frustration has been building up for over 30 years.

Isn′t enough being done for them in the banlieues?

Miske: No, indeed not. It′s not only a social problem, however, it has a philosophical aspect. It′s all about the emptiness of modern society. Thirty percent of those going to Syria to join IS, for instance, are converts. Lots of them come from ordinary white middle-class and atheist families. People with all kinds of problems are being infected with this desire to kill. Some undoubtedly have social problems, but then again, just because you have social problems doesn′t make you want to become a jihadist.

So what is at the root of their tremendous hate?

Miske: We would have to look very precisely at each of them to know. Take the Kouachi brothers, the Charlie Hebdo killers, for instance: their life was like an Emile Zola novel! You couldn′t imagine anything worse. Their mother was a prostitute. She committed suicide; the brothers found her body – that′s human misery. One of the Paris terrorists from Belgium came from a normal immigrant family. His brothers and sisters didn′t take the same path. If the IS hadn′t been around, he might simply have become a serial killer, who knows.

So Islam just provides a foil for their hate?

Miske: Most of them, at least those responsible for the latest attacks in France and in Belgium, have criminal records. Part of the explanation is what goes on in our prisons. They go straight from crime or illegal activities to jihad, without passing by Islam. These people don′t know much about Islam. They haven′t studied the Koran.

To commit a crime you need to be trained, you can′t afford to be afraid and you need to be okay with the idea that you might lose your life. Desperados. Most people are not like this. To start with, they simply don′t want to be killed. It′s a confusing situation – and it′s difficult to give general answers. 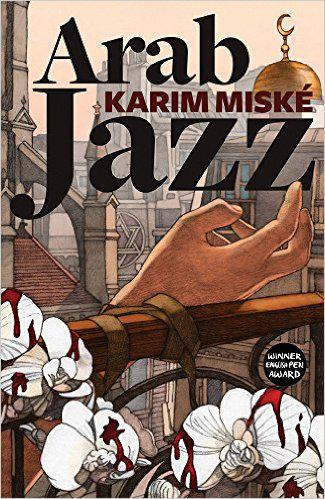 But surely the individual reasons are born of more general aspects?

Miske: There is this concept of total social phenomena and, indeed, jihadism is one. Somebody who wants to achieve something in his life and who ended up on the wrong side of the tracks early on might be joining the jihadists with the idea of achieving something great. Jihadism has become the incarnation of global negativity – of global refusal of the system. Once, it was communism. Now there′s a new kind of counter-movement.

The French sociologist Michel Wieviorka sees a sense of ″radical exclusion″ at the root of their aggression. Would you agree?

Miske: Okay, but some people are fighting against this exclusion to overcome it and others aren′t. It′s hard for everybody. There is racism, there is exclusion and Islamophobia in France. As a young Muslim in France, you are a potential danger to the state. That′s what they make you feel. But I know many ordinary Arab families who are not radical in any way and they are the majority. Eighty-five percent of Muslim women in France have never worn any kind of headscarf; only 20 percent go to the mosque. They are not radical, they are not even religious.

For you as an author the Paris attacks make things more complicated. The killers could have come directly from ″Arab Jazz″

Miske: I did not create them.

But can you ever write crime fiction in a jihadist setting again?

Miske: I have begun writing the second volume of a trilogy. But it′s true that today I′ve got a problem. Somebody asked me a few days before the attacks, are you going to put the Charlie Hebdo attacks in your next book? Well I don′t know if it′s going to fit, my book is fiction. Now I′ve got a problem with these new attacks…

Will the second volume also be about religious fundamentalism?

Miske: No, the story is going to be in a different setting. It′s going to focus on drug trafficking and less on religion. But nevertheless the Paris attacks have made things more complicated for me.

I′m not going to write a novel about jihadism, but the subject will be there in the background. When I wrote ″Arab Jazz″ the whole fictional work was about relocating the story, because I was inspired by one of the Kouachi brother preachers. He was the model for the imam in the novel. But I invented a completely different story which is not about terrorism. I have to keep track.

You are actually a maker of documentaries. Why did you start writing crime fiction?

Miske: I always knew that I was going to write a novel some day. As I love reading crime fiction it was natural for me to choose the genre. I didn′t have the story at the beginning. I just began writing and there was this guy Ahmed (Ed: the main character in the book) on his balcony. Then I had the cops, I had to find out who did it and so on. It was Ahmed who was whispering to me. I just listened to him and then to the others. It was very character driven. I didn′t force the story on the character, I just tried to follow his tune. 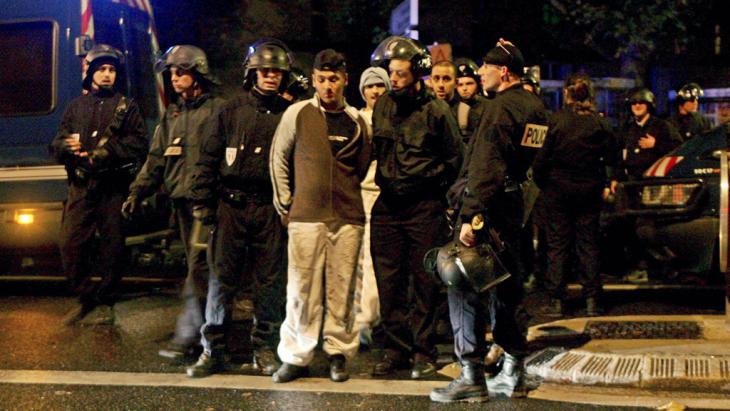 French first, Arab second: "when you grow up in a country you know the feelings, the smells, and the sounds. The smell of the tube. You walk the streets of Paris on a rainy day in November. You watch the same stupid programmes on TV as everyone else. It′s something that shapes you forever"

Basically your book is about identity, isn′t it? Ahmed struggles with his identity to the point of depression

Miske: He is not only struggling with his identity, he′s struggling because he has seen horrible things. He has very strong personal reasons. Of course, the question of identity is there because his parents are coming from Morocco and he grew up in France. He doesn′t feel Arab himself, he is just a guy from Paris. When you are an Arab in France the question of identity is always there and you have to confront it one way or another.

What does it mean to be French and Arab at the same time?

Miske: For me, most of the French Arabs are first and foremost French. When they go to their parents′ country, they′re basically seen as foreigners and they feel as such. When you grow up in a country you know the feelings, the smells, and the sounds. The smell of the tube. You walk the streets of Paris on a rainy day in November. You watch the same stupid programmes on TV as everyone else. It′s something that shapes you forever. Most of the Arabs of my generation are French. They couldn′t ever imagine living in Morocco, Algeria or Tunisia. But French society has a problem accepting this.

Chinese President Xi Jinping's visit to Saudi Arabia in December 2022 may have rattled Washington, but it simply highlighted the Arabs’ desire to diversify their foreign relations ... END_OF_DOCUMENT_TOKEN_TO_BE_REPLACED

Nouara may be 65, but she is ready to join thousands of others who burn their ID and pay traffickers for the chance of a new life in Europe. Zineb Bettayeb reports END_OF_DOCUMENT_TOKEN_TO_BE_REPLACED

In Doha, Arabs from Morocco, Tunisia, Egypt and Algeria are gathering to celebrate the first ever FIFA World Cup to be held on Arab soil. The criticism from Europe? Over the top, ... END_OF_DOCUMENT_TOKEN_TO_BE_REPLACED

"Rebel Game: The Power of Football in the Middle East and the Qatar World Cup", an anthology published by Middle East researchers Jan Busse and Rene Wildangel, takes the upcoming ... END_OF_DOCUMENT_TOKEN_TO_BE_REPLACED

After a two-year hiatus, the Arab League re-convened at the beginning of November in Algiers against a backdrop of uncertainty and discord. By Pierre Boussel END_OF_DOCUMENT_TOKEN_TO_BE_REPLACED
Author:
Claudia Mende
Date:
Mail:
Send via mail

END_OF_DOCUMENT_TOKEN_TO_BE_REPLACED
Social media
and networks
Subscribe to our
newsletter