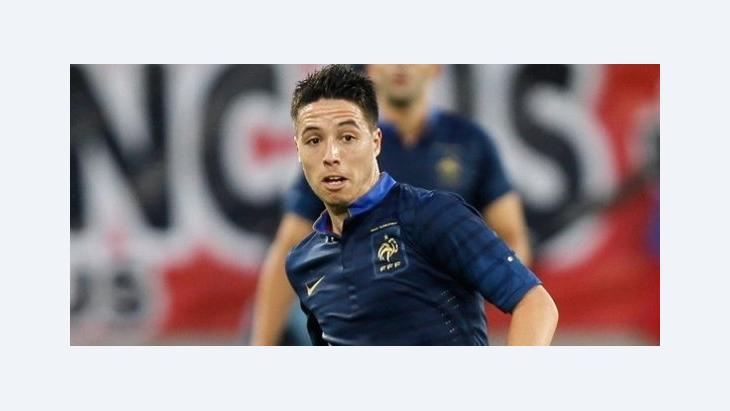 The French national football team has regained its strength. And one of the players who had a large part to play in that achievement is Samir Nasri – whose family's roots lie in Algeria. Nasri's hot temper has often caused trouble – both on and off the pitch. By André Tucic

Samir Nasri placed the ball carefully, aimed from 16 metres, and put the ball precisely in the lower left-hand corner of the net. His equaliser against England in the first game of the European Championship was his moment, his first goal in a major international championship.

But Nasri did not bother with the usual celebratory antics – instead he looked angry, ran to the press stand and put his finger on his lips, and from his lips one could lip-read some fairly uncomplimentary expressions. It was an unmistakable gesture demanding silence.

After the match, Nasri made it clear his gesture was meant for the journalists of L'Équipe, the sports newspaper which had criticised him, saying that he was not giving enough of an impulse to the French team – he was doing too little with the qualities he had.

The gesture caused a storm in France. "He's not sorry he did it," said his father Abdelhamid Nasri afterwards, "but he admits that it was a bit heavy-handed. I explained to him that it wasn't the best way of reacting."

The shadow of the last World Cup 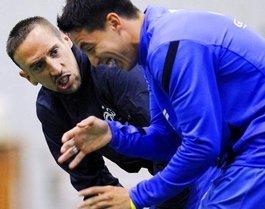 ​​Actually the French are used to worse things from their national team players. There were several scandals during the last World Cup in South Africa in 2010: during half-time in the match against Mexico, striker Nicolas Anelka insulted coach Raymond Domenech to such as extent that he was taken off the pitch and sent packing for the rest of the championship.

Some of the team supported Anelka and refused to join the next public training session. Team manager Jean-Louis Valentin didn't know what had hit him and resigned.

In another incident, fitness trainer Robert Duverne and captain Patrice Evra had a row during training which almost turned into a fight.

Nasri was not involved back then, since he wasn't even in the team. That fact in itself was, for many observers, itself incomprehensible. He started playing for his country in March 2007; he was part of the European Championship squad in 2008, but only appeared on the pitch briefly twice.

He was obviously not able to convince the then-coach of his talents. Domenech preferred veteran stars to young talent. That's why he wasn't in the World Cup squad either.

"That fact that I wasn't chosen hurt at the time, but perhaps, after all that went on, it was for the best," said Nasri recently.

The team's new coach, Laurent Blanc, seemed fully convinced of Samir Nasri's potential. He chose him for his playmaker – a move which paid off, since Nasri's precise technique led to the goal which put France into the European Championship: during the last qualifying game, against Bosnia, he converted a penalty into a 1:1 just a few minutes before the whistle. So, at 24, he's had to wait a long time for his place in the French national team, even though his skills have long been widely recognized.

Samir Nasri was born in Marseilles, the second-largest city in France, a working-class town with a large immigrant population. He grew up in a family with Algerian roots in a run-down estate on the northern edge of the city. In among the misery of the concrete blocks of the suburb of Gavotte-Peyret, the boy began playing football. 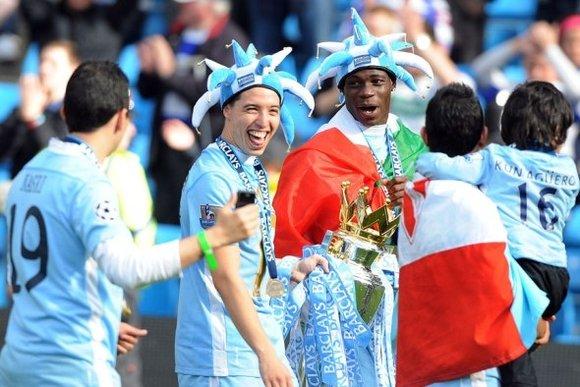 A successful hunt for titles and trophies: in his first season with the club, Manchester City won the premiership

​​Already at 13 he joined the youth division of Olympique Marseilles, and the club's leadership soon noticed that they had an uncut diamond in their ranks. Four years later, he was playing in the professional team.

The slightly-built Nasri didn't find it easy to find his role in among the big boys. But he did begin to be noticed on the international level. He was in the under-17 team which won the European title in 2004. A year later he was playing in the under-20's World Cup. From then on, he became a reliable member of the Olympique team and helped to direct the club's fortunes.

He was so successful that he won the award for the best player in the French top league in the 2006/7 season. A year later, Arsenal London, whose trainer Arsène Wenger has a weakness for young, clever French talent, bought him for 15 million euros. Nasri fitted like a glove – sometimes he seemed like a piece of wet soap as he slipped away from his challengers. As well as his ball skills, he has a real sense of the game as a whole, and times his passes perfectly.

Arsenal is a top European club, but it does have the reputation for playing beautiful matches and then losing them. In 2011, Manchester City bought him for 25 million euros.

"If I'd just been interested in money," he said shortly afterwards, "I could have stayed in London. There are enough players there who just take their money every month, but don't fight with their full passion and commitment."

He didn't think his former team was likely to win any titles for a long time yet, but he wanted something more. And he got it: in his first season with Manchester City, the team won the premiership. But he had to add a pointed commentary: "I hope the Arsenal fans forget me and celebrate their successful third place. I'm going after more titles."

That's what he's trying to do now with the French team. He's hoping to celebrate his 25th birthday in Poland or Ukraine. That'll be on the 26th June, one day before the first semi-final.

Using a graphic novel to address a contentious issue like the Algerian war of independence may seem an odd choice, but new release "Algeriennes", translated into English by Ivanka ... END_OF_DOCUMENT_TOKEN_TO_BE_REPLACED

Although a unity government was formed in Libya in March 2021, tensions and possible crises between the political actors are already emerging. What problems does the country face ... END_OF_DOCUMENT_TOKEN_TO_BE_REPLACED

India hits record numbers of COVID-19 infections worldwide for the sixth day running, as health systems buckle under the pressure, and shortages of medical oxygen and hospital ... END_OF_DOCUMENT_TOKEN_TO_BE_REPLACED

On 7 March, Switzerland became the latest European country to vote in favour of a so-called "burka" ban. It was yet another feather in the cap of the right-wing populist Swiss ... END_OF_DOCUMENT_TOKEN_TO_BE_REPLACED

German Middle East analyst Guido Steinberg and television journalist Ulrich Tilgner have both published new books on the conflicts in the Middle East. Their analyses and their ... END_OF_DOCUMENT_TOKEN_TO_BE_REPLACED

In Grenoble, France, two professors have been pilloried in a dispute over the use – or otherwise – of the term Islamophobia. Is freedom of speech in jeopardy? By Stefan Dege and ... END_OF_DOCUMENT_TOKEN_TO_BE_REPLACED
Author:
André Tucic
Date:
Mail:
Send via mail

END_OF_DOCUMENT_TOKEN_TO_BE_REPLACED
Social media
and networks
Subscribe to our
newsletter