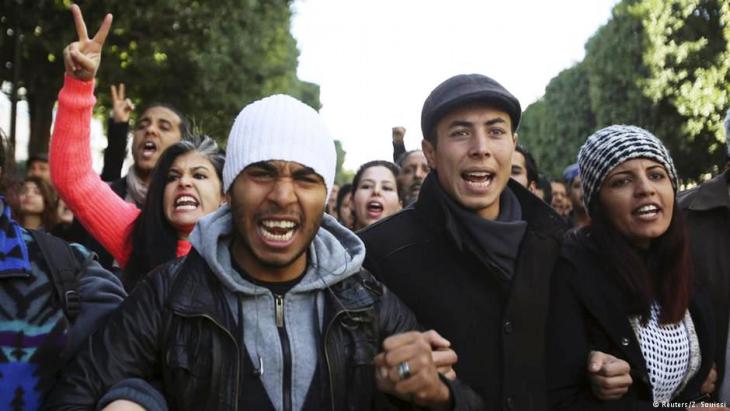 The future of the Middle East

How about a Marshall Plan?

If we are ever to break the modern Middle East′s cycle of crises, we must not lose sight of the future. Across the Arab world four trends are already brewing a new set of problems for the coming decade. By Tarek Osman

The first trend affects the Levant. The post-Ottoman order that emerged a century ago – an order based on secular Arab nationalism – has already crumbled. The two states that gave weight to this system, Iraq and Syria, have lost their central authority and will remain politically fragmented and socially polarised for at least a generation.

In Lebanon, sectarianism remains the defining characteristic of politics. Jordan has reached its refugee-saturation point and continued inflows are placing limited resources under ever-greater pressure. As for the Israeli-Palestinian conflict, there is no new initiative or circumstance on the political horizon that could break the deadlock.

The Middle East is certain to face the continued movement of large numbers of people, first to the region′s calmer areas, yet, in many cases, beyond – primarily to Europe. The region is also likely to face intensifying contests over national identities as well and perhaps even the redrawing of borders – processes that will trigger further confrontations.

The second major trend affects North Africa. The region′s most populous states – Algeria, Egypt and Morocco – will maintain the social and political orders that have become entrenched over the last six decades of their post-colonial history. The ruling structures in these countries enjoy broad popular consent, as well as support from influential institutions, such as labour and farmers′ unions. They also have effective levers of coercion that serve as backstops for relative stability.

Lack of prospects for the younger generation

But none of this guarantees smooth sailing for these governments. On the contrary, they are poised to confront a massive youth bulge, with more than 100 million people under the age of 30 entering the domestic job market in North Africa between now and 2025. And the vast majority of these young people, products of failed educational systems, will be wholly unqualified for most jobs offering a chance of social mobility. 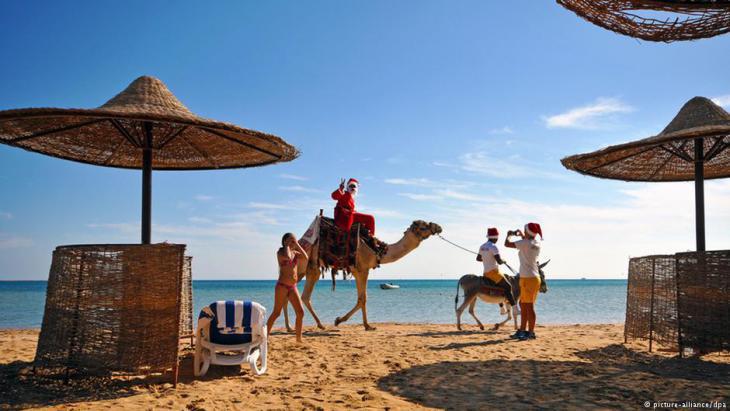 Tourism industry beset by crises: "the sectors best equipped to absorb these young Arabs are tourism, construction and agriculture. But a flourishing tourism sector is not on the cards – not least because of the resurgence of militant Islamism, which will leave North Africa exposed to the risk of terror attacks for years to come,” writes Tarek Osman

The sectors best equipped to absorb these young Arabs are tourism, construction and agriculture. But a flourishing tourism sector is not on the cards – not least because of the resurgence of militant Islamism, which will leave North Africa exposed to the risk of terror attacks for years to come.

Moreover, a declining share of the European food market and diminished investments in real estate undermine the capacity of agriculture and construction to absorb young workers. The likely consequences of North Africa′s youth bulge are thus renewed social unrest and potentially sizeable migration flows to Europe.

The Gulf used to provide a regional safety valve. For more than a half-century, Gulf countries absorbed millions of workers, primarily from their Arab neighbours′ lower middle classes. The Gulf was also the main source of investment capital, not to mention tens of billions of dollars in remittances, to the rest of the region. And many Arab countries viewed it as the lender of last resort.

Economic upheaval in the Gulf

But – and herein lies the third key trend – the Gulf economies are now undergoing an upgrade, ascending various industrial value chains. This reduces their dependence on low-skill foreign workers. In the coming years, the Gulf countries can be expected to import fewer workers from the rest of the Arab world and to export less capital to it.

The Gulf might even become increasingly destabilised. Several Gulf powers and Iran are engaged in a partly sectarian proxy war in Yemen – one that will not end anytime soon. And now, several Sunni powers are forcefully trying to compel one of their own, Qatar, to abandon a regional strategy it has pursued for decades. The pressures being generated across the Arabian Peninsula could produce further political shocks. 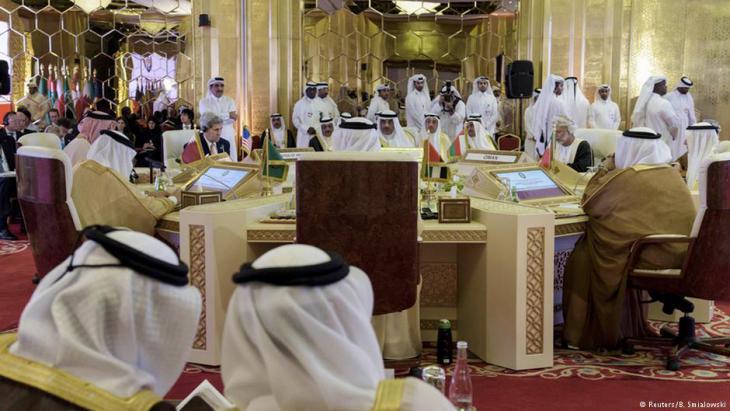 The fight for political dominance: Saudi Arabia, Bahrain and the United Arab Emirates (VAE) recently issued Qatar with an ultimatum. Among other things, they demanded that the emirate shut down its television news channel Al Jazeera and sever relations with Iran. The Turkish military should also withdraw from its bases in Qatar. Only then will the countries lift the blockade imposed on Qatar a month ago

That is all the more likely, given mounting domestic pressure for reform from a technologically savvy and globally engaged young citizenry. Reforming centuries-old social and political structures will be as difficult as it is necessary.

Contesting the role of religion

The fourth trend affects the entire Arab world, as well as Iran and Turkey: the social role of religion is becoming increasingly contested. The wars and crises of the last six years have reversed much of the progress that political Islam had made in the decade before the so-called Arab Spring uprisings erupted in 2011. With radicalism becoming increasingly entrenched on the one hand and young Muslims putting forward enlightened understandings of their religion on the other, a battle for the soul of Islam is raging.

The problems implied by these four trends will be impossible for leaders, inside or outside the Arab world, to address all at once, especially at a time of rising populism and nativism across the West. But action can and should be taken. The key is to focus on socio-economic issues, rather than geopolitics. 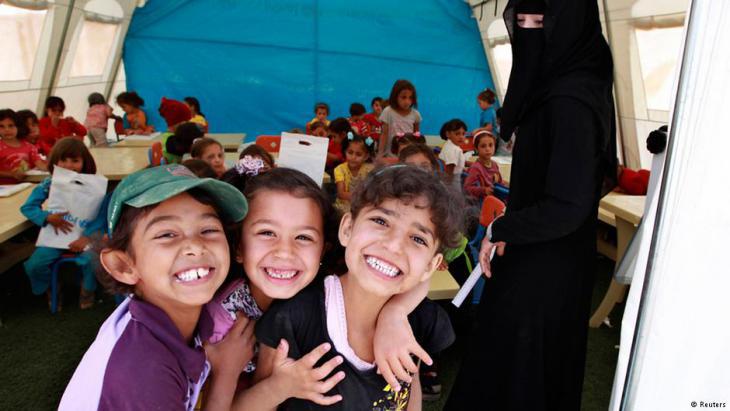 A lack of political will: "what leaders – both within and outside the region – can do is pursue large-scale and intelligent investments both in primary and secondary education and in small and medium-size businesses, which form the backbone of Arab economies," argues Tarek Osman

The West must not succumb to illusions about redrawing borders or shaping new countries; such efforts will yield only disaster. One highly promising option would be to create a full-on Marshall Plan for the Arab world.

But, in this era of austerity, many Western countries lack the resources, much less public support, for such an effort – most of the Arab world today couldn′t make the most of it in any case.

What leaders – both within and outside the region – can do is pursue large-scale and intelligent investments in primary and secondary education, small and medium-size businesses (which form the backbone of Arab economies) and renewable energy sources (which could underpin the upgrading of regional value chains).

Pursuing this agenda won′t stem the dissolution of the modern Arab state in the Levant. It won′t generate workable social contracts in North Africa. And it certainly won′t reconcile the sacred with the secular. But, by attempting to address young people′s socio-economic frustrations, it could mitigate many of the longer-term consequences of these trends.

Tarek Osman is author of the two non-fiction works "Islamism: What It Means for the Middle East and the World" and "Egypt on the Brink".

They’ve already got the Louvre; they’ll soon have a Guggenheim Museum as well – and now the Emirates have added literature to their quest for cultural supremacy in the Arab world ... END_OF_DOCUMENT_TOKEN_TO_BE_REPLACED

Years in the making, Sisi's elite New Administrative Capital will isolate most Egyptians from their centres of government in an effort to fortify the regime against any social ... END_OF_DOCUMENT_TOKEN_TO_BE_REPLACED

Professor Timothy Brennan's "Places of Mind: A Life of Edward Said" is a detailed biography of one of the most important intellectuals of the twentieth century, taking us on a ... END_OF_DOCUMENT_TOKEN_TO_BE_REPLACED

China has long portrayed itself as a strong supporter of the Palestinian cause. It has also claimed that in sharp contrast to the stance of the USA, its position is based on ... END_OF_DOCUMENT_TOKEN_TO_BE_REPLACED

Recep Tayyip Erdogan, disappointed by the European Union’s reluctance to integrate Turkey into its ranks, has re-directed his country’s diplomacy toward the Maghreb and Africa to ... END_OF_DOCUMENT_TOKEN_TO_BE_REPLACED

Comments for this article: How about a Marshall Plan?

Unless all Moslem countries unite, they will always remain slaves to others.

END_OF_DOCUMENT_TOKEN_TO_BE_REPLACED
Social media
and networks
Subscribe to our
newsletter