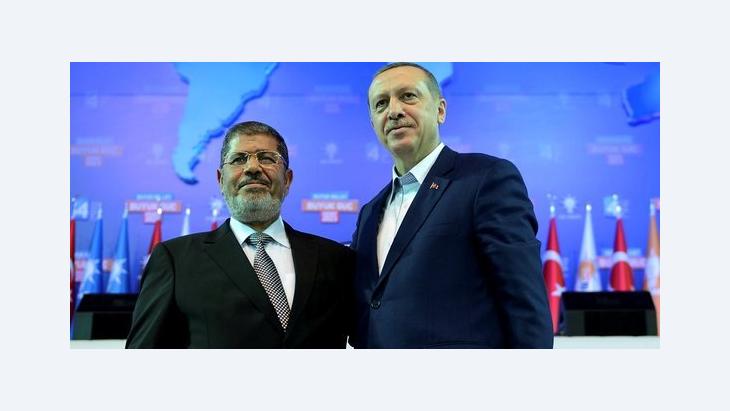 The Gaza Conflict in the Wake of the Arab Spring

﻿Egypt and Turkey, two regional powers in the Middle East, are getting actively involved in the Gaza conflict. Not only have they condemned Israel's attacks on Gaza, they are also looking for a long-term ceasefire solution. This is creating a new regional diplomacy and reconfiguring the relationship between the region and Europe and the USA, writes Karim El-Gawhary

﻿The images coming out of Gaza may be no different to the images from the Gaza war four years ago, but in contrast to the situation back then, Israel is facing real and strong opposition in the region, and this opposition is a demonstration of the new-found self confidence of the powers in the region.

This new confidence has been demonstrated in a number of ways, including the new Arab shuttle diplomacy, which sees prominent figures visiting the Gaza Strip while it is under fire. Egyptian Prime Minister Hisham Qandil got the ball rolling; he was followed on Saturday by the Tunisian Foreign Minister Rafik Abdesslem, another indication that Arab countries are getting involved.

"Israel should understand that many things have changed. It should realise it no longer has a free hand. It does not have total immunity and is not above international law," Abdesslem explained while standing on the rubble of the offices of Hamas Prime Minister Ismail Haniyeh, which were destroyed during a night-time raid. The next delegation that is expected to arrive in Gaza is from the Arab League, headed up by its secretary-general, Nabil el-Arabi of Egypt.

Four years ago, the inhabitants of Gaza complained that they had been abandoned by their Arab brothers; this time around, Gaza is witnessing a steady stream of ingoing and outgoing Arab prime ministers, foreign ministers, and heads of international organizations. 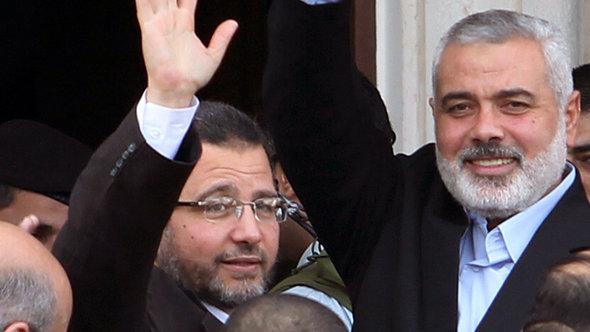 Showing their solidarity with Palestinians in the Gaza Strip: the Egyptian Prime Minister Hisham Qandil visited Ismail Haniyeh, the prime minister of Hamas's government in the Gaza Strip, and announced that his country was willing to help negotiate a ceasefire

​​Some may argue that visits such as these are still nothing more than powerless gestures, but one should not underestimate the symbolism of the fact that this time, it is not Arab demonstrators on the streets who are making their voices heard, but official representatives of the Arab world.

A message is also being sent to Europe and the US: if you want to start a new chapter in your relations with the new, changing Arab world, then your commitment to Israel's legitimate right to self defence and your plea to Israel not to kill too many civilians in a new war in Gaza is simply no longer enough.

Turkey's Prime Minister Recep Tayyip Erdogan, who paid a flying visit to Cairo on Saturday, has also joined the emerging diplomatic front against Israel, which is developing in the Egyptian capital.

"Netanyahu proceeds with these kinds of actions thanks to international negligence," Erdogan said, leaving no doubt as to his meaning, when he spoke at Cairo University, the very place where shortly after his inauguration, US President Barack Obama made a high-profile speech promising to start a new chapter in US relations with the Arab and Islamic states. Israel, continued Erdogan, "was turning the region into a blood swamp," adding that this was something Egypt and Turkey will not accept.

As far as Israel is concerned, it is clear that the balance of power in the region is rapidly shifting away from it. While Ankara was the only one to work actively for an end to the Gaza blockade and the Gaza war four years ago, a second regional power, Egypt, has now joined the fray.

But instead of just condemning Israel, the new Egyptian-Turkish alliance is trying to actively shape political developments. To begin with, during their visit to Cairo, Hamas' political leader Khaled Meshaal and the head of the Palestinian Islamic Jihad met representatives of the Egyptian secret service, which had already mediated a ceasefire between Hamas and Israel. The group then met with the Emir of Qatar and the Turkish prime minister. 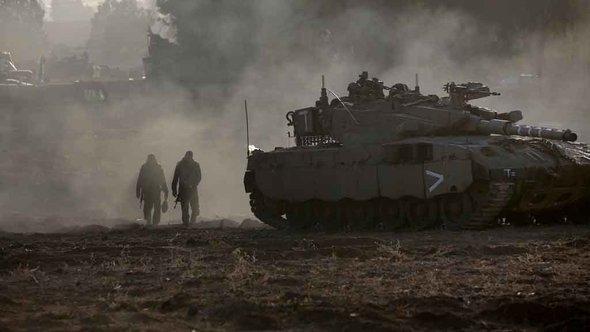 Images that are reminiscent of past wars: following sustained rocket fire from the Gaza Strip, Israel launched its air offensive, known as "Cast Lead" on 27 December 2008. In the conflict, 1,400 Palestinians, including many women and children, lost their lives and over 6,200 buildings were destroyed. On the Israeli side, 13 people were killed

​​Sources close to the negotiations said that the hope was to negotiate a long-term ceasefire. The intention would not just be to bring about a halt to Israeli attacks on Gaza and the firing of Palestinian rockets into Israeli territory, but also to open up the Gaza Strip, with its 1.5 million inhabitants, which has been cut off from the outside world for years.

This, it is felt, would treat not only the symptoms, but also the causes of "Gaza's disease". However, one of the sticking points on the Palestinian side is that the Palestinians want more guarantor than Egypt and Turkey. In this respect, the role for both these countries is to find these guarantors in Europe or the USA. Potentially, this would open up a major channel for indirect talks between Hamas and Israel, initiated by mediators in the region.

Birth of a new regional diplomacy

One representative of the Egyptian secret services was very positive: "We have already found a common denominator between Palestinians and Israelis, but there is still a lot to do to make sure that the whole thing does not just start all over again in the event of a ceasefire. Neither the Israelis nor Hamas have made any official statements on the mediation efforts of Egypt and Turkey.

One thing that is new, however, is that the region is no longer looking passively and hopefully to Europe and the USA, waiting for diplomatic intervention. The Gaza conflict heralds the birth of a new regional diplomacy that seeks solutions of its own accord.

In this respect, the balance of power between Israel and the powers in the region is not the only thing that is changing, so too is the relationship between a new, self-confident region on the one hand, and Europe and the USA on the other.

German Middle East analyst Guido Steinberg and television journalist Ulrich Tilgner have both published new books on the conflicts in the Middle East. Their analyses and their ... END_OF_DOCUMENT_TOKEN_TO_BE_REPLACED

Televised Turkish dramas are all the rage in the Middle East. A young Ottoman TV Empire has been expanding its soft power by harnessing regional dialects, Arabic names and viewers ... END_OF_DOCUMENT_TOKEN_TO_BE_REPLACED

Researchers agree that climate change alone cannot be blamed for the outbreak of war in Syria in 2011. However, neither can it be ignored as a reason this once blossoming country ... END_OF_DOCUMENT_TOKEN_TO_BE_REPLACED

In his latest documentary, "The First 54 Years", Israeli director Avi Mograbi demonstrates how catastrophic and traumatising the occupation has been, not only for Palestinians, ... END_OF_DOCUMENT_TOKEN_TO_BE_REPLACED

Razan Zeitouneh fought for justice in Syria and made enemies on all sides. Then she disappeared without a trace. Her fate remains unknown to this day. On the tenth anniversary of ... END_OF_DOCUMENT_TOKEN_TO_BE_REPLACED
Author:
Karim El-Gawhary
Date:
Mail:
Send via mail

END_OF_DOCUMENT_TOKEN_TO_BE_REPLACED
Social media
and networks
Subscribe to our
newsletter