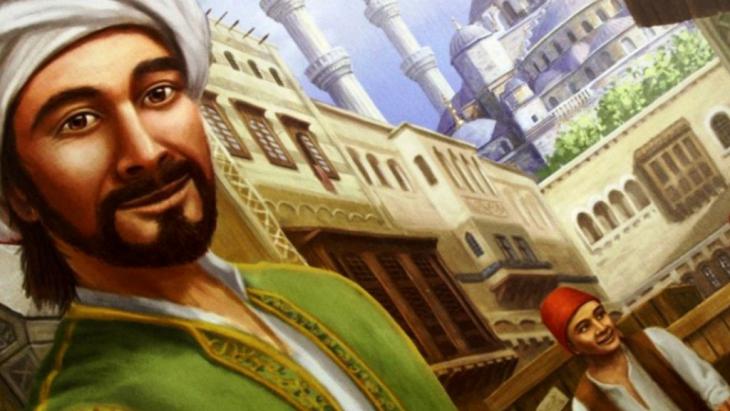 Just a game? Think again! If the world is to survive, we all need to move closer together. Yet how can a society that ridicules others and reduces them to the level of pawns in a game expect to make any kind of constructive contribution? By Stefan Buchen

Time and again we hear that refugees should integrate themselves. What people mean when they say this is that all kinds of asylum seekers and immigrants should not only learn German, but also adopt German customs and practices. This is a road strewn with stumbling blocks and obstacles. Despite the very best of intentions, Germans seeking to help the new arrivals may inadvertently do the wrong thing. Such inevitable misunderstandings may lead imperceptibly to a cooling in relations and ultimately mutual dislike.

Encountering the ′Istanbul′ board game recently for the first time, I was struck by a truly horrible thought: what if a Syrian refugee family was invited to play a game of ′Istanbul′ by their new German neighbours – what impact would it have on their integration?

After all, the German hosts would have to explain to their guests that as part of the game, they have to regularly visit the 'Small' and 'Great' mosques in order to collect so-called 'mosque tiles', which increase the holder's chances of success and profit in his or her dealings at the bazaar. These 'mosque tiles' are particularly useful when dealing on the 'black market'. In this game, it is also beneficial to 'catch' the 'family members' of your opponents and hand them over to the police. Generous rewards await those who do.

Would the guests understand the rules of this 'sophisticated family game'? On an intellectual level, maybe. But would they enjoy it? Until such time as someone puts it to the test, these questions will remain unanswered. One thing is certain: they would be astonished at the kind of things the Germans come up with. It is quite probable that the immigrants would ask themselves where on earth they had ended up.

Board games are part of German mainstream culture. And unlike German films or German pop music, they are hugely popular abroad. German board games, as they are known, are popular around the world – but nowhere more so than in the English-speaking world. 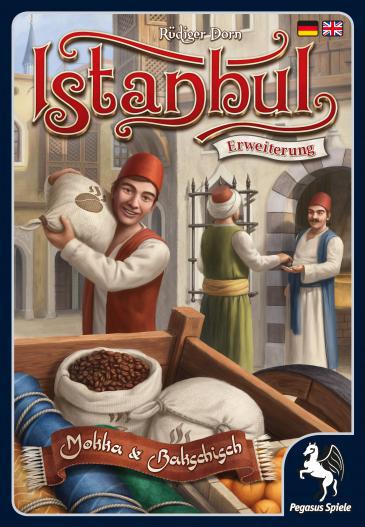 Orientalism par excellence: "If we find ourselves in a world where the Oriental is capable of nothing more than ′augmenting his handcart', which he uses to peddle 'spices' at the bazaar, then we are right back in the world of Edward Said, or, to be more accurate, back with his ever-topical criticism of the way in which the West imagines the Orient," writes Buchen

What makes a game a 'German board game' is the fact that winning is not just a matter of throwing a dice. A 'German board game' includes a plethora of action cards, tiles of every shape, size and colour, major and minor characters, orientation boards, merchandise and a more or less clear playing area (i.e. the 'board' that gives 'board game' its name). Those who are not willing to subject themselves to a long list of rules have already lost.

'Istanbul' is very much on trend in the world of board games: the complexity of the rules creates the illusion that a player's skill and strategy lead to victory. However, this 'freedom to decide' is only simulated. The reality is that the game's many rules steer its course. Ultimately, it is above all luck and coincidence that determine who emerges victorious.

In 'Istanbul', players play merchants and their helpers. They have to buy as much fabric and fruit and as many spices and undefined 'black market goods' as possible and sell them on, for example, to the 'Sultan' in his palace. The money earned must be used to buy 'rubies'. The first player to accumulate five 'rubies' wins the game. 'Istanbul' is recommended for children aged ten and over. A jury of renowned critics awarded the game the 'Kennerpreis' (gamers' prize) for the year 2014. Since then, two expansions have been launched on the market. In the case of one expansion, the game's developers and publishers added the elements 'mocha and baksheesh' to the game.

In any German board game worth its salt, players don't just strive to win the game, they submerge themselves in another world and become part of a narrative. 'Istanbul' is set in the world of an Oriental bazaar, or at least in a bazaar as envisaged by designer Rudiger Dorn and publishers Pegasus-Verlag. In theory, they could have called the game 'Aleppo', 'Mosul' or 'Damascus', but these names are hardly likely to have got the tills ringing. Whether 'Istanbul' was really the better choice from a marketing point of view will become clear in the near future.

Philosophers tell us that games always refer to the essence of the world. They shape the way we see reality. And that is exactly the problem here. The narrative of 'Istanbul' focuses exclusively on objects. The 'tale of the Orient' this game tells moves no further than the stories of Karl May, a TUI travel brochure, or retired economic expert Hans-Werner Sinn, who coined the phrase 'bazaar economy'.

The unchanging world of the Other

The world of the Other it portrays is a world that never changes, that always stays the same. The question as to whether it is referring to a contemporary or a bygone 'Istanbul' does not, therefore, arise. The game's graphics are heavily reminiscent of a style of furniture known in Germany as 'Gelsenkirchen Baroque', a solid, dark, wooden style popular in Germany both before and after the Second World War. The Oriental decorations by Eugene Delacroix, on the other hand, are elegantly abstract.

If we find ourselves in a world where the Oriental is capable of nothing more than ′augmenting his handcart', which he uses to peddle 'spices' at the bazaar, then we are right back in the world of Edward Said, or, to be more accurate, back with his ever-topical criticism of the way in which the West imagines the Orient. 'Orientalism' as Said put it. His eponymous work, although published almost 40 years ago, remains relevant to this day, despite all its weaknesses. You could say that 'Istanbul' is Orientalism for the whole family. It blinkers the players′ view.

Does German mainstream culture really have to proliferate in this way? No – and nor does a games publisher. It is quite possible for German board games to tell their 'stories' by setting them in other cultures without ridiculing them. There are at least no reports about Australian Aborigines complaining about the game 'Uluru' by Kosmos-Verlag. Its narrative centres on the cultural site that is Ayers Rock (or Uluru in the language of the Aboriginal people). In this combination game, which is both attractive and sophisticated in every respect and has clear and simple rules, the focus is not on the actual or supposed way of life of the Aborigines. The key here is 'abstraction'.

Attempts to talk to Pegasus-Verlag about its award-winning game 'Istanbul' have sadly been unsuccessful. It is, therefore, impossible to say whether we can look forward to further 'expansions'. How about 'belly dancers and harem' (for players of 16 years and over)?

Let us hope that Syrian, Iraqi, Turkish or other migrant families from the Orient are never invited to join in a game of 'Istanbul' in German homes. It might just cause the guests to doubt the ability of their hosts to be true cosmopolitans and citizens of the world.

Should such a catastrophe occur, one can only hope that the mercy and tolerance of the guests would prevail and that they would not take revenge by coming up with an idiotic game including celibacy tiles and special events at the baptismal font. Perhaps they would respond by extending an invitation to a game of chess, a truly Oriental game.

Welcome to the world of Al Qasar, where Arabic music collides head-on with punk and psychedelic to create something powerful and beautiful. "Who Are We" is a raucous, subversive ... END_OF_DOCUMENT_TOKEN_TO_BE_REPLACED

Egyptian authorities have Mada Masr in their sights once again after critical reporting. But the editor of the country's last independent news source is adamant they will continue ... END_OF_DOCUMENT_TOKEN_TO_BE_REPLACED

Like Christianity, Europe's history is one of migration. Both have strong roots in the Orient and in cultures thousands of years old. Cultural historian Bernhard Braun invites us ... END_OF_DOCUMENT_TOKEN_TO_BE_REPLACED

When she ascended the throne, millions of Muslims still lived under British rule. Later, Elizabeth II appealed for tolerance in a multi-religious society. She was the first ... END_OF_DOCUMENT_TOKEN_TO_BE_REPLACED

END_OF_DOCUMENT_TOKEN_TO_BE_REPLACED
Social media
and networks
Subscribe to our
newsletter