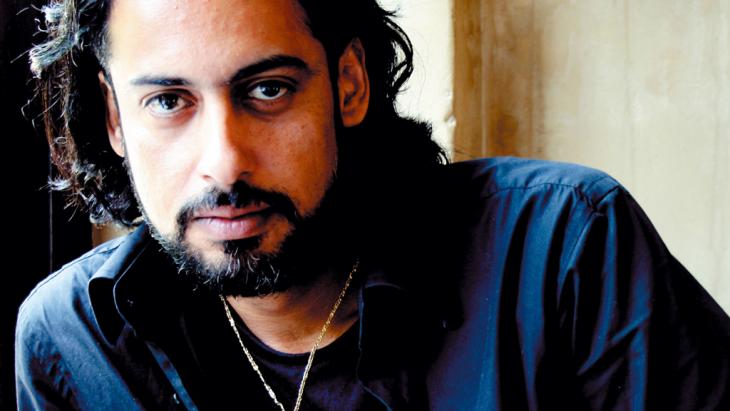 Abbas Khider came to Germany as a refugee with no knowledge of the country's language. Now the man from Baghdad is listed by Germany's leading literary critics as one of the best writers of the moment. Lewis Gropp met the writer in Cologne

It was coincidence that brought Abbas Khider to Germany. The young Iraqi was actually bound for Sweden. He had heard that political refugees did not have to pay university fees there. But Khider was stopped by a German border officer in Bavaria and arrested. The asylum law at the time meant he could not leave Germany. "I ought to thank the man, actually," says Khider, laughing in his characteristic wholehearted way.

Things have changed a great deal for him since then: when Khider arrived in the country ten years ago, he knew only three words of German: Hitler, Scheisse and Lufthansa. And now the man from Baghdad is listed by Germany's leading literary critics as one of the best writers of the moment.

What a story: an Iraqi refugee learns the language of Schiller and Goethe as an adult and ends up a highly respected author only a few years later.

But let's start at the beginning. Abbas Khider was born in Baghdad in 1973, in the year that the revolutionary council appointed Saddam Hussein as a three-star general of the Iraqi armed forces. At school Khider distributed flyers against the regime, landing him in prison for the first time. He was arrested six times in total for political activities, spending a full two years in Saddam Hussein's jails.

In 1996 he managed to escape to Amman, the start of an odyssey around almost the entire Mediterranean region – a time Khider dealt with in his 2008 debut novel, Der falsche Inder (The Phoney Indian). 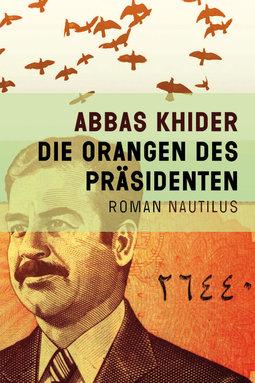 ​​Khider spent four years wandering without papers through Jordan, Libya, Tunisia, Turkey, Greece and Italy, making a living with various jobs: as a waiter, builder's mate, teaching Arabic, delivering carpets, sorting waste and cleaning. During this time Abbas Khider slept anywhere he could find a space: under bridges, in tunnels, on building sites, in brothels.

On first meeting Khider, one is surprised by the relaxed and apparently irrepressible cheerfulness he exudes. But perhaps it's the cheerfulness of a person who knows and has experienced that everything can be over in the blink of an eye, and so sees every moment as a blessing, a gift from God.

Der falsche Inder is a stark collection of anecdotes from the life of a refugee. Khider writes about hiding on boats, being followed by the police, an escape across the roofs of Istanbul, about a Russian prostitute who does "the best business in her life" on the boat of a Libyan people-smuggler and ends up hanging on to the ship's rail with one hand and a cigarette with the other, barely able to stand.

Khider reports on a midnight shootout in a border region and the pain of an infected shot wound; about friends carried away by the current of the Ebrus on the way to Greece who never turn up again; about a mother who creeps under the people-smuggler's blankets, leaving her husband and daughter trembling and crying while she pays for their escape by prostituting herself.

Khider's debut earned him the Adalbert von Chamisso Emerging Writers' Prize, awarded to authors for whom German is not their native language. And his recently published second novel has launched him to the top of his profession. Die Orangen des Präsidenten (Oranges from the President) is a novel of Iraqi jails, a novel that shocks the reader through the suffering and cruelty it portrays. Yet Khider also manages to weave a shimmer of humanity into his dark dungeon prose, allowing even the sadistic police interrogators and the torturer human qualities.

Due to the skilled simplicity of his language, Khider's style never comes across as artificial. His prose is an art interested in people, always making an effort to find what is special about the simplest of things, to reflect what is happy in the tragic and what is tragic in the happy. 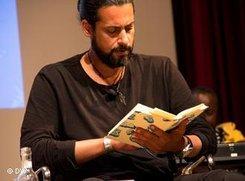 An Iraqi refugee conquering the German language: Abbas Khider left Iraq in 1996. After obtaining legal refugee status, he studied Literature and Philosophy in Potsdam and Munich

​​He portrays his hero Mahdi's father as a carefree fool, for instance, who dances with joy during aerial attacks in the Iran-Iraq war, finding everything "exciting" and pleased to "try out" the new air raid shelter at last. Or he describes how the refugee Dhalal loses his mind out of desperation and torments two bugs in a plastic bag: "They're my two enemies, Islam and Communism. I'm torturing them."

Khider re-wrote the novel seven times over, going over the opening chapter more than thirty times, which goes to show how much he had to struggle with the material and the dark subject matter. The text seemed too heavy and too hopeless, he says, both for potential readers and for himself.

Yet the German language gave him the necessary distance to write the book at all – it would have been impossible in Arabic. "Whenever I tried to write in Arabic, all the suffering was still in the text. It was only when I started writing in German that the suffering turned into literature," says Khider.

The extent of Abbas Khider's literary ambition is revealed in an anecdote he related at a presentation of Die Orangen des Präsidenten in Cologne. He was very religious as a boy, he told the rapt audience, constantly walking around his neighbourhood in Baghdad – with the Qur'an under one arm – and telling people about the beauty of God and the Holy Scripture.

Then one day a man caught hold of his arm and said, "I'll get rid of this nonsense in your head." And he handed him a copy of the Lebanese philosopher Khalil Gibran's The Prophet. "I was totally confused," said Khider. "I read the book and I thought: How can this be? How can anyone write more beautifully than God himself?" From that moment on, he said, he wanted to be a writer. His goal in life is to write more beautifully than God.

One in four people in Germany has a migration background, but less than 8% of the members of parliament have foreign roots. Germany is out of touch with reality, says Maissun ... END_OF_DOCUMENT_TOKEN_TO_BE_REPLACED

Germany’s electorate includes some 7.4 million citizens with international roots, while many more millions of residents from abroad aren’t allowed to vote. Both groups are often ... END_OF_DOCUMENT_TOKEN_TO_BE_REPLACED

Germany's foreign policy is explicitly values-based. But what happens, Ralf Bosen asks, when democracy, the rule of law and human rights collide with the logic of trade and ... END_OF_DOCUMENT_TOKEN_TO_BE_REPLACED

No other Western poet was arguably so well-versed in the Koran or so fascinated by Islam as Germany's national hero, Goethe. In a new publication that examines all Goethe's ... END_OF_DOCUMENT_TOKEN_TO_BE_REPLACED

Migrants are often maligned as being responsible for Europe's problems. Yet their integration is in Europe's interest. Michael Thaidigsmann believes that a long-term vision is ... END_OF_DOCUMENT_TOKEN_TO_BE_REPLACED

How could the Afghan government and its institutions collapse so quickly? That things were going wrong in Afghanistan had been obvious for a long time, yet the West preferred to ... END_OF_DOCUMENT_TOKEN_TO_BE_REPLACED
Author:
Lewis Gropp
Date:
Mail:
Send via mail

END_OF_DOCUMENT_TOKEN_TO_BE_REPLACED
Social media
and networks
Subscribe to our
newsletter