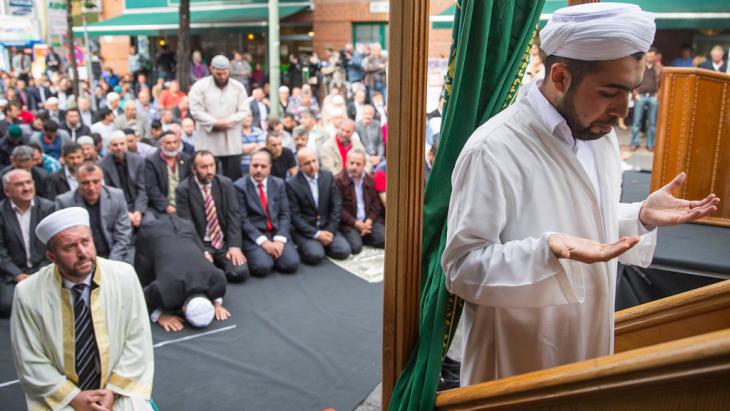 The German Muslim community's day of action against extremism and injustice was a strong appeal for tolerance. It was also a demonstration that there are many, many Muslims who are not willing to allow their religion to be hijacked as a justification for barbarism and hatred. By Bettina Marx

The terrorist militias of Islamic State in Syria and Iraq appear to be unstoppable. Its members are murdering and pillaging their way from one village to the next, torturing and humiliating the population and forcing tens of thousands to flee.

Meanwhile in Germany, Muslims are standing up to raise their voices against hatred and injustice. They're distancing themselves in as clear a manner as possible from the extremists who are propagating a regime of terror in the Middle East in the name of their religion, a regime of terror which incidentally is claiming more Muslim lives than any other. 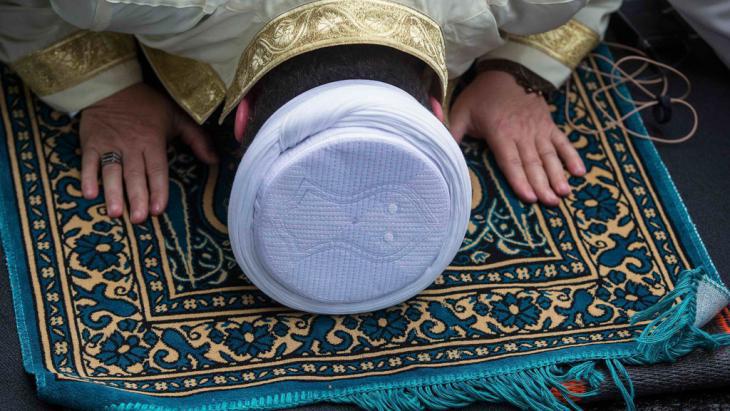 Distancing themselves from the radicals: "It is a good thing that the Muslim associations have distanced themselves so clearly from these fanatics with this day of action. In doing so, they are helping to make the debate more rational," writes Bettina Marx. Pictured here: a Muslim man praying at the German Muslim community's day of action in Berlin

Standing up to be counted

With this day of action, German Muslims were also distancing themselves from the at least 400 members of their faith who have chosen to leave Germany to fight this civil war and take part in its horrific battles. Among them are young men and women who have become radicalised via the Internet or fallen prey to the hate preachers who espouse their views on the fringes of Germany's Muslim community.

Such preachers are normally not part of the roughly 2,000 mosque congregations that belong to one of the four major Muslim associations in Germany. The majority of German Muslims, who live ordinary, decent lives, cannot be held responsible for the deviant path chosen by those who blindly follow the preachers of hate and are prepared to risk their own lives to make the violent vision of a pure Islam a reality.

Nevertheless, it is a good thing that the Muslim associations have distanced themselves so clearly from these fanatics with this day of action. In doing so, they are helping to make the debate more rational at a time when the mainstream German population is feeling increasingly shocked and unsettled by the terrible events in the Middle East, and when those on the far right of our society are targeting Islam and Muslims. 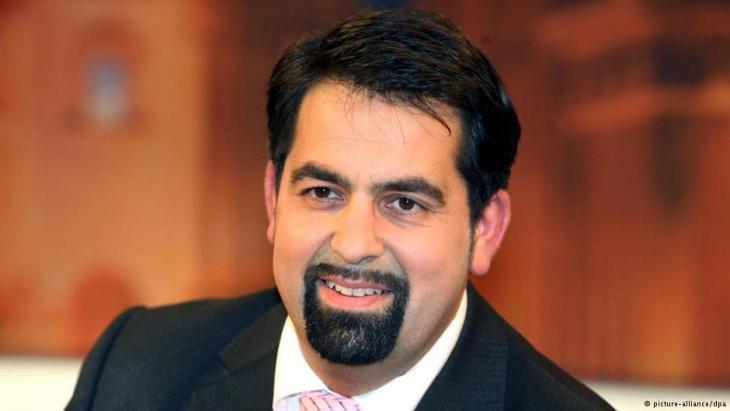 "When a synagogue is attacked, I am a Jew; when Christians are persecuted, I am a Christian; and when mosques are torched, I am a Muslim," said Aiman Mazyek, head of the Central Council of Muslims in Germany (pictured above)

We are all one

According to reports from representatives of the Muslim associations, the number of attacks against Muslims and Muslim institutions is increasing. In August, there were five attacks on mosques in Germany, more than ever before.

During their day of action last Friday, which involved prayers for peace and solemn vigils, Muslims were also protesting against such acts as well as against anti-Semitism and hatred against Jews. "When a synagogue is attacked, I am a Jew; when Christians are persecuted, I am a Christian; and when mosques are torched, I am a Muslim," said Aiman Mazyek, head of the Central Council of Muslims in Germany (ZMD), this week. These are strong words that we should all make our own. It is only by standing together and having the courage to stand up for our beliefs that we can oppose growing intolerance, extremism and fanaticism.

But that alone is not enough: politicians and the media also have a role to play. Politicians need to make sure that underprivileged, ostracised young people are offered good prospects by granting Muslim associations the funds they need to work with young people. At international level, they have to do what they can to end the conflicts that are tearing the Middle East apart and dry up the swamp where terrorism is breeding.

For their part, the media must explain, inform and ensure that they are not contributing to the estrangement and radicalisation of Muslims through the topics they choose to cover and the words they choose to use.

Business in the Moroccan city of Tangiers is booming due to its location at the nexus of global trade routes. But many locals are failing to reap the benefits. What they crave ... END_OF_DOCUMENT_TOKEN_TO_BE_REPLACED

Morocco and the European Union are at cross purposes when it comes to the Western Sahara. And, as Germany does not support Moroccan claims to the territory, a major conflict has ... END_OF_DOCUMENT_TOKEN_TO_BE_REPLACED

Jewish voices are much more diverse than the public often sees. Jewish men and women who oppose the injustice of Israeli occupation in the West Bank deserve our respect and ... END_OF_DOCUMENT_TOKEN_TO_BE_REPLACED

They’ve already got the Louvre; they’ll soon have a Guggenheim Museum as well – and now the Emirates have added literature to their quest for cultural supremacy in the Arab world ... END_OF_DOCUMENT_TOKEN_TO_BE_REPLACED

The Germans have a fragmented perception of the conflict between Israel and the Palestinians, and their discourse is dominated by certain catchphrases. All the while, there is a ... END_OF_DOCUMENT_TOKEN_TO_BE_REPLACED

An unusual organisation brings Jews and Muslims together to fight hate and promote dialogue. In the small central German city of Marburg they have been jointly calling for an end ... END_OF_DOCUMENT_TOKEN_TO_BE_REPLACED
Author:
Bettina Marx
Date:
Mail:
Send via mail

END_OF_DOCUMENT_TOKEN_TO_BE_REPLACED
Social media
and networks
Subscribe to our
newsletter