The ghost city of Ani

On the Turkish side of the Armenian–Turkish border in the province of Kars lies the spectacular medieval city of Ani. Although no longer on their territory, the deserted city is regarded by Armenians as an essential part of their national heritage and identity. Filip Warwick visited the abandoned city and documented what is left of it 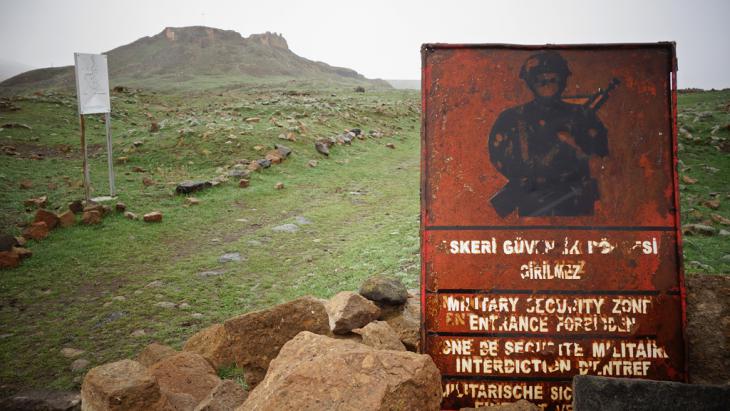 No entry: perched above the Akhurian River, the city of Ani once stood at the crossroads of various East–West trade routes. Ani's citadel, built in the seventh century, now overlooks the Turkish–Armenian border. In 1993, Turkey reacted to the Nagorno-Karabakh War by closing its borders with Armenia. A military sign warns that entrance to the area is forbidden. 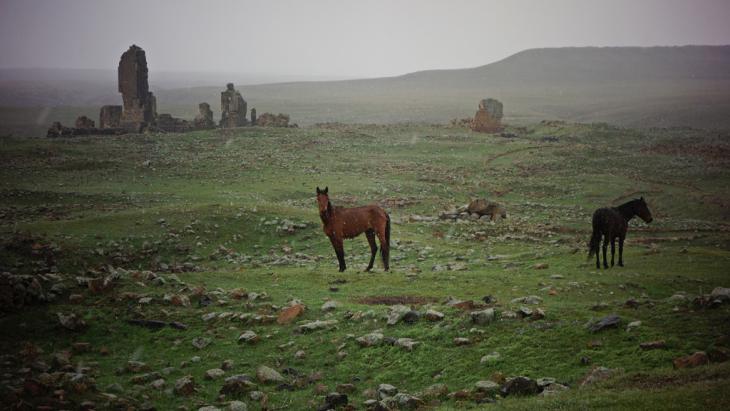 Wild horses: in its golden days, the city had a population of around 100,000. Now, uninhabited and abandoned for the last 300 years, earthquakes, quarrying across the Armenian border, vandalism and minimal conservation mean that Ani's religious buildings, palaces and fortifications are slowly crumbling. Pictured here: wild horses grazing near the ruined city 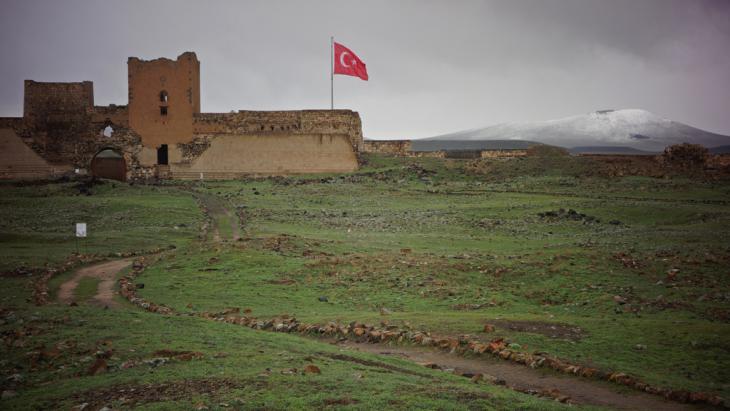 A lost kingdom: Ani was the capital of the Bagratid Armenian kingdom between 961 and 1045. The city was famed far and wide for its grandeur and glory. The capital of the one-time kingdom, which covered modern-day Armenia and Eastern Turkey, is regarded by Armenians as an essential part of their national heritage and identity. 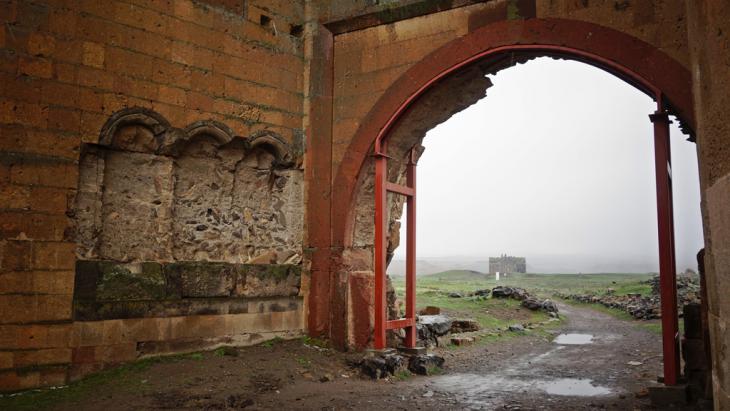 Lion Gate: the Lion Gate was probably the city's main entrance. The street ran across the city centre and up to the citadel. In 1996, a large section of the wall, tower and gate were badly damaged during reconstruction. 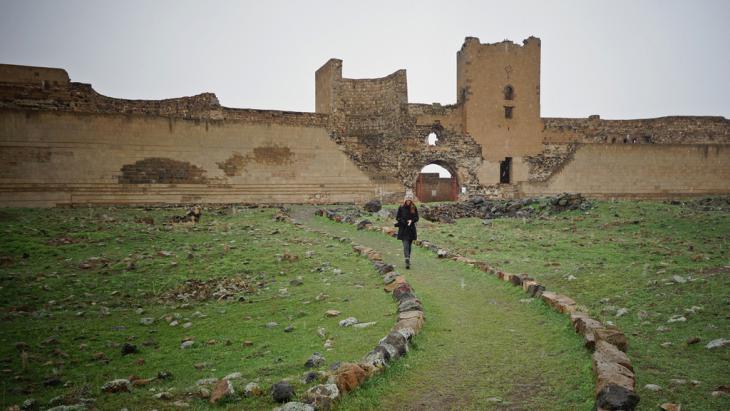 Main street: Ani's central street runs from the Lion Gate towards the citadel. The road was excavated before World War I and revealed an ancient water pipe system that ran beneath the city. 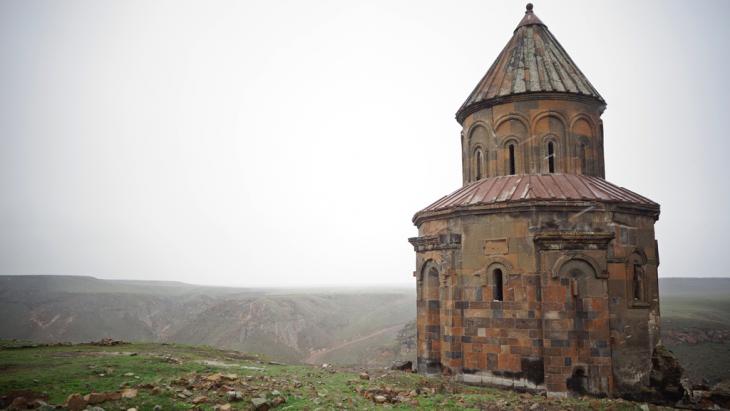 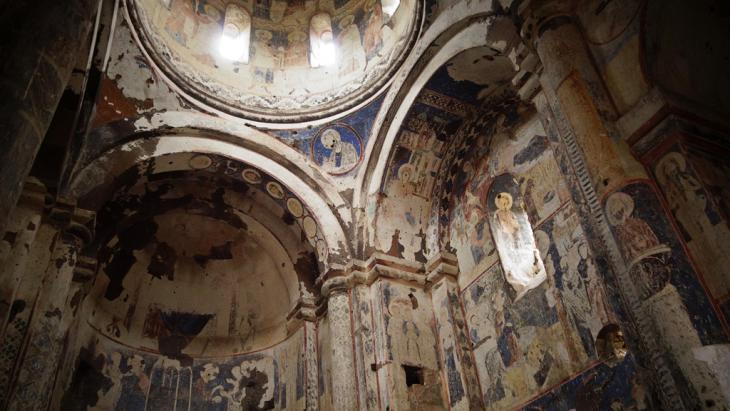 Recent damage: the interior of the Church of Saint Gregory is covered with frescoes that are as old as the building. They have been damaged in recent years by graffiti. 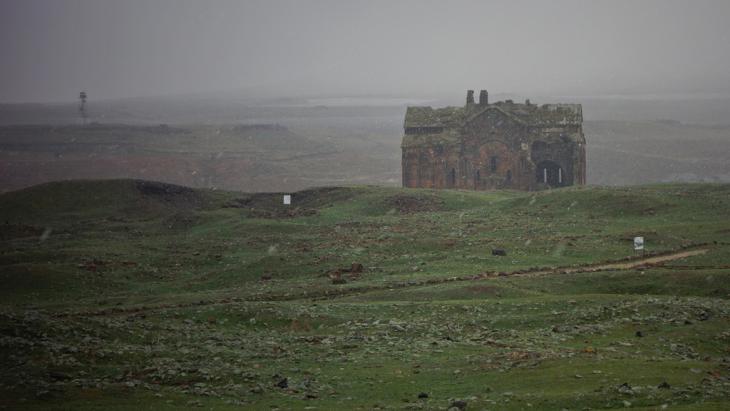 Towards the southern edge of the city stands the cathedral, which was built in the year 1001. It is the largest and most imposing building on the site. In the far distance stands a Russian watchtower on the Armenian–Turkish border. 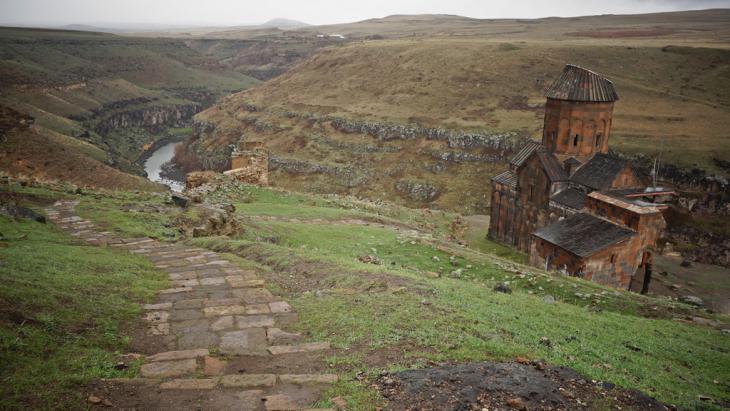 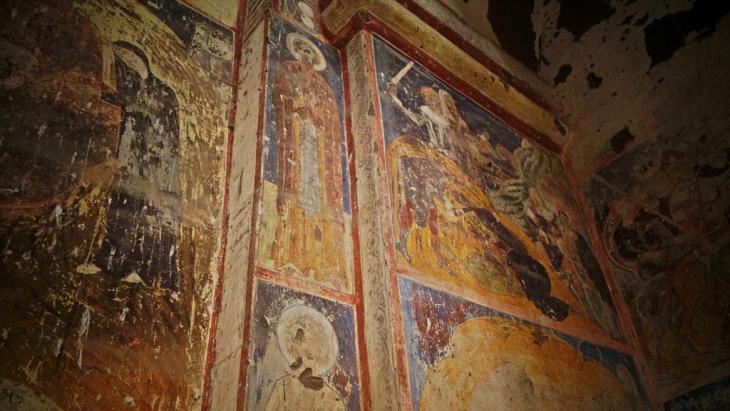 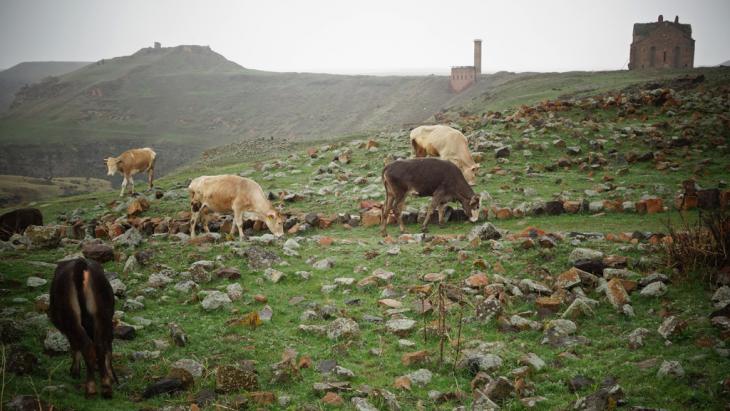 Pastureland: cows graze near the Minuchihr mosque, which is situated between the citadel and the cathedral. The mosque is said to have been built by Emir Minuchihr, the first of the Shaddadid dynasty, which ruled Ani from around 1072.

END_OF_DOCUMENT_TOKEN_TO_BE_REPLACED
Social media
and networks
Subscribe to our
newsletter