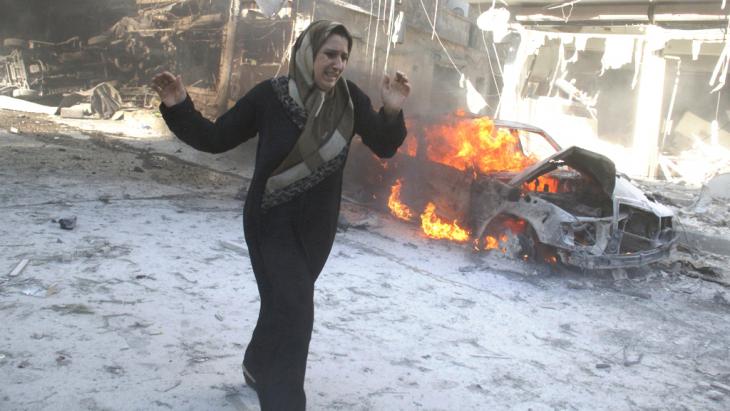 The global risks of an imploding Middle East

A region in flames

Among today′s geopolitical risks, none is greater than the long arc of instability stretching from the Maghreb to the Afghanistan-Pakistan border. With the Arab Spring an increasingly distant memory, the instability along this arc is deepening. An analysis by Nouriel Roubini

Of the three initial Arab Spring countries, Libya has become a failed state, Egypt has returned to authoritarian rule, and Tunisia is being economically and politically destabilised by terrorist attacks. The violence and instability of North Africa is now spreading into sub-Saharan Africa, with the Sahel – one of the world′s poorest and most environmentally damaged regions – now gripped by jihadism, which is also seeping into the Horn of Africa to its east. And, as in Libya, civil wars are raging in Iraq, Syria, Yemen, and Somalia, all of which increasingly look like failed states.

The region′s turmoil (which the United States and its allies, in their pursuit of regime change in Iraq, Libya, Syria, Egypt and elsewhere, helped to fuel) is also undermining previously secure states. The influx of refugees from Syria and Iraq is destabilising Jordan, Lebanon, and now even Turkey, which is becoming increasingly authoritarian under President Recep Tayyip Erdogan. Meanwhile, with the conflict between Israel and the Palestinians unresolved, Hamas in Gaza and Hezbollah in Lebanon represent a chronic threat of violent clashes with Israel.

In this fluid regional environment, a great proxy struggle for regional dominance between Sunni Saudi Arabia and Shia Iran is playing out violently in Iraq, Syria, Yemen, Bahrain, and Lebanon. And while the recent nuclear deal with Iran may reduce the proliferation risk, the lifting of economic sanctions on Iran will provide its leaders with more financial resources to support their Shia proxies. 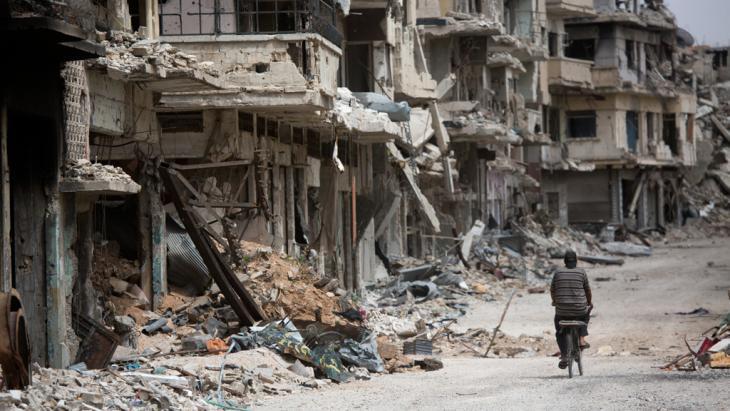 "So, if the West ignores the Middle East or addresses the region′s problems only through military means, rather than relying on diplomacy and financial resources to support growth and job creation, the region′s instability will only worsen", warns Roubini

And yet, remarkably, even as most of the region began to burn, oil prices collapsed. In the past, geopolitical instability in the region triggered three global recessions. The 1973 Yom Kippur War between Israel and the Arab states caused an oil embargo that tripled prices and led to the stagflation (high unemployment plus inflation) of 1974-1975.

This time around, instability in the Middle East is far more severe and widespread. But there appears to be no “fear premium” on oil prices; on the contrary, oil prices have declined sharply since 2014. Why?

Perhaps the most important reason is that, unlike in the past, the turmoil in the Middle East has not caused a supply shock. Even in the parts of Iraq now controlled by Islamic State, oil production continues, with output smuggled and sold in foreign markets. And the prospect that sanctions on Iran′s oil exports will be phased out implies significant inflows of foreign direct investment aimed at increasing production and export capacity. 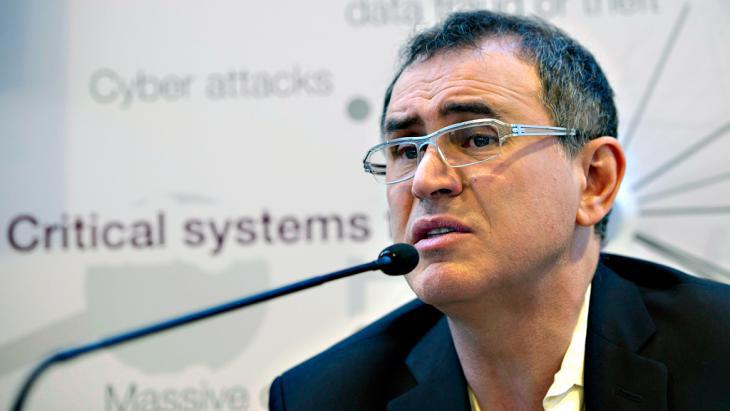 The US American economist Nouriel Roubini is CEO of Roubini Global Economics and professor at New York University ′s Stern School of Business. He is also known as "Dr. Doom". Roubini's alias stems back to him predicting the collapse of the housing bubble in 2008

Indeed, there is a global glut of oil. In North America, the shale-energy revolution in the US, Canada′s oil sands, and the prospect of more onshore and offshore oil production in Mexico (now that its energy sector is open to private and foreign investment) have made the continent less dependent on Middle East supplies. Moreover, South America holds vast hydrocarbon reserves, from Colombia all the way to Argentina, as does East Africa, from Kenya all the way to Mozambique.

With the US on the way to achieving energy independence, there is a risk that America and its Western allies will consider the Middle East less strategically important. That belief is wishful thinking: a burning Middle East can destabilise the world in many ways.

First, some of these conflicts may yet lead to an actual supply disruption, as in 1973, 1979, and 1990. Second, civil wars that turn millions of people into refugees will destabilise Europe economically and socially, which is bound to hit the global economy hard. And the economies and societies of frontline states like Lebanon, Jordan, and Turkey, already under severe stress from absorbing millions of such refugees, face even greater risks.

Third, prolonged misery and hopelessness for millions of Arab young people will create a new generation of desperate jihadists who blame the West for their despair. Some will undoubtedly find their way to Europe and the US and stage terrorist attacks.

So, if the West ignores the Middle East or addresses the region′s problems only through military means (the US has spent $2 trillion in its Afghan and Iraqi wars, only to create more instability), rather than relying on diplomacy and financial resources to support growth and job creation, the region′s instability will only worsen. Such a choice would haunt the US and Europe – and thus the global economy – for decades to come.

Home
Print
Newsletter
More on this topic
The geopolitical situation in the Middle East: Between terror and the dissolution of orderSyria and the Middle East: The end of the Sykes Picot system?After the upheaval in the Arab world: Escalating wars
Related Topics
Assad regime, Economy, Hamas, Hezbollah, Israeli-Palestinian conflict, Jihadism | Jihadists, Libya after Gaddafi, Oil, Recep Tayyip Erdogan, Syrian Civil War
All Topics

Elke Muller is fighting for her daughter Anna, who fell in love with a young Afghan and converted to Islam. The mother spoke to Esther Felden about feeling alienated and her fear ... END_OF_DOCUMENT_TOKEN_TO_BE_REPLACED

Despite ongoing peace negotiations between the United States and the Taliban, the bloody conflict in Afghanistan continues to take a heavy toll on the country’s people. Can talks ... END_OF_DOCUMENT_TOKEN_TO_BE_REPLACED

Within eyeshot of the Bosnian-Croatian border, thousands of refugees are camping in squalor on a former garbage site. Their supplies are scarce. ... END_OF_DOCUMENT_TOKEN_TO_BE_REPLACED

Under the tutelage of Pakistan's military, the Taliban brought peace to Afghanistan the last time it ruled the country. But it was the peace of the graveyard, which it could ... END_OF_DOCUMENT_TOKEN_TO_BE_REPLACED

In "What We Left Unfinished", Afghan-Lebanese-American filmmaker Mariam Ghani discusses the forgotten era of Afghan Communism and its ties to arts, culture and propaganda. ... END_OF_DOCUMENT_TOKEN_TO_BE_REPLACED

Threatened with death by the Taliban, director Hassan Fazili fled to Europe with his family, filming their odyssey on his mobile phone. Itʹs not the first time that the refugee ... END_OF_DOCUMENT_TOKEN_TO_BE_REPLACED
Author:
Nouriel Roubini
Date:
Mail:
Send via mail