During her short life, Iranian poetess Forugh Farrokhzad broke conventions and single-mindedly went her own way. One of her poems inspired three Iranian-American musicians to create an album dedicated to Farrokhzad's life and poetry. Richard Marcus reports 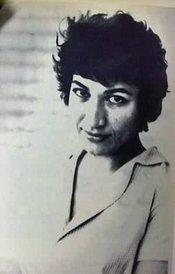 These opening lines from the poem "I Pity the Garden" by Iranian poetess Forugh Farrokhzad were the inspiration for a new album of music entitled "Green Memories" recorded by three Iranian-American musicians. Composer Shahrokah Yadegari collaborated with vocalist Azam Ali and violinist Keyavash Nourai to create a series of ambient soundscapes that reflect the emotional texture and themes of the poem.

Since the fall of the American-backed Shah and the subsequent occupation of the American Embassy in Iran, a wall has risen up between Islam and the West. While Rumi, the Persian Sufi mystic, enjoyed a burst of popularity in the West in the 1990s, today little is known of contemporary Iranian poetry. It is as if the West has tarred all of Iran with the same brush, including those who predate the current theocracy.

A poetess and a "social leper" 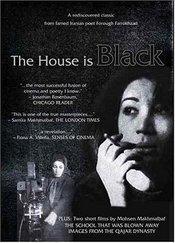 A look at life and suffering in a leper colony: Forugh Farrokhzad's "The House is Black"

​​Forugh Farrokhzad was born in 1935 and was on her way to becoming a major poet when she was killed in a car accident in 1967. During her lifetime she published five collections of poetry, produced a documentary film about a leper colony, The House is Black, and was the subject of two documentary films.

Although Farrokhzad benefited from the process of modernization that began in Iran in 1940, she still chafed against many of the conventions imposed on women the world over. When she separated from her cousin after a year's marriage, she was forced to give her child to her in-laws so that she could pursue her ambitions in poetry and the arts.

Even today, women taking such a course would be frowned on. It is not surprising, therefore, that people did not look kindly on her actions in the relatively liberal society that was 1950s Iran. Although her 1962 documentary about a leper colony, "The House Is Black", established her artistic credentials, her determination and courage to live her own life made her a "social leper" even among her contemporaries. 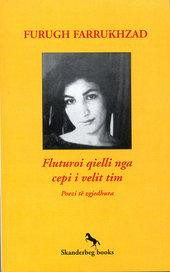 ​​As well as doing a film and producing poetry, Farrokhzad, also worked as an actor. In 1967 she was rehearsing for a role George Bernard Shaw's "Saint Joan". Not only was she preparing to play the lead in the play, she was also translating the text into Farsi. The similarities between Farrokhzad's life and Joan's as depicted in Shaw's play could not have been lost on the poet, especially with lines like the following addressed to Joan: "Do you expect stupid people to love you for showing them up?"

Words that could easily have described the reaction to Farrokhazd daring to be a poet in a field dominated by men, and – even worse – succeeding.

Unfortunately she died in a car accident, barely thirty-two, before she could play the role and so, it will never be known how Iranian society would have reacted to her portrayal of Joan's transgression of "rebelling against nature by wearing man's clothes, and fighting" – the equivalent of Farrokhazd daring to enter what had previously been the exclusively male domain of literature. 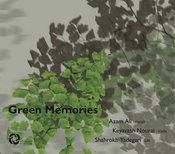 A true marriage of form and content: The Green Memories album

​​In "I Pity the Garden", Farrokhzad was using the image of the neglected garden as a metaphor for the disintegration of a family. Nevertheless, Yadegari, Ali and Nourai were inspired by the lines quoted above to attempt to depict the emotions of desperation and hope expressed in them in such a way as to make them applicable to our current environmental circumstances. Farrokhzad often used personal images to express universal concerns in her work, so it is not a great leap for the musicians to use her words in the same way.

Ambient music is deceptive in its abilities to affect the listener. If it is done well it should work almost subliminally, but without being manipulative, as it creates an aural environment that not only carries a message, but is the message. In some ways it is a true marriage of form and content as they both reflect the theme of the piece.

In their interpretation of Forugh Farrokhzad's "I Pity the Garden" the three musicians have accomplished this and created a piece of emotional depth and passion.

​​The result is beautiful and haunting; layers of sound have been woven together to form an overall ambience while still maintaining individual characteristics. It is like looking at a woven tapestry and being able to see both the individual coloured threads and the picture they form as two distinct objects and a single entity at the same time.

Hopefully this disc will inspire more people to investigate the work of Forugh Farrokhzad in more depth, and maybe other Persian poets as well. No people or culture speaks with one voice and it is important to listen to as many voices as possible in order to truly know them. The "Green Memories" album is a great place to start.

Richard Marcus is editor of the Epic India Magazine, an online arts and culture magazine focusing on India and South East Asia. He also contributes to the pop culture site Blogcritics.org, and is the brains behind the iconoclastic site "Leap In The Dark". His work has appeared in such diverse publications as the German edition of Rolling Stone Magazine and The Bangladesh Star.

Hafez in Europe
Persian Poetry as Reflected in German Romanticism
Together with German and Persian musicians, the baritone opera singer Holger Falk further developed German music by Johannes Brahms and Robert Schumann that was composed based on Hafez' poetry. By Ali Attar

END_OF_DOCUMENT_TOKEN_TO_BE_REPLACED
Social media
and networks
Subscribe to our
newsletter