"The Green Wave"
The Rise and Fall of Iran's Protest Movement

Ali Samadi Ahadi's dramatised documentary The Green Wave retells the drama of the 2009 presidential elections in Iran, unintentionally revealing the weaknesses of the opposition against the hardliners around Ahmadinejad and Khamenei. By Stefan Buchen

Ali Samadi Ahadi's dramatised documentary The Green Wave retells the drama of the 2009 presidential elections in Iran, unintentionally revealing the weaknesses of the opposition against the hardliners around Ahmadinejad and Khamenei. By Stefan Buchen

​​ "Reporters without Borders" are protesting against an Iranian journalist's long prison sentence, hard to verify rumours are circulating that Mir Hossein Mousavi, Ahmadinejad's presidential challenger, is under house arrest, Germany is taking in a handful of opposition activists from Iran as a humanitarian gesture. News of the aftermath of Iran's "green revolution" has slowed to a trickle. It seems long ago that young women with raised fists, green headbands and determined expressions were the favoured photo on the front page of the world's newspapers large and small.

That was the early summer of 2009, when these likeable creatures suddenly embodied the idealistic struggle for freedom against dictatorial oppression for politically interested individuals in the Western world, awakening for a brief moment a long-forgotten desire for community and active reshaping of society.

The most severe domestic crisis of the Islamic Republic

The Cologne-based Iranian director Ali Samadi Ahadi's documentary The Green Wave recounts the dramatic events in chronological order, from the widespread hope of political change in Iran through elections to the brutal suppression of the mass protests against President Mahmoud Ahmadinejad's re-election. Using this narrative arc, which spans from May to the autumn of 2009, Ahadi recapitulates the course of the most severe domestic crisis in the history of the Islamic Republic. 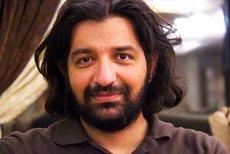 Hybrid technique: In order to fully recapitulate the events surrounding the "Green" protests of 2009, Ahadi added dramatised footage to his documentary

​​ The director identifies entirely with the protest movement, reawakening empathy with strong emotions and unintentionally revealing the weaknesses of the opposition: too spontaneous, too emotional, too unclear in its political goals and too unorganised to stand up to the state's ruthless counter-strike.

The film is marred throughout by an irritating ambivalence between its clear, deliberate message and unintended side-effects: Ahadi wants to illustrate the mass enthusiasm for more freedom and democracy, yet the film also reveals the "Green Wave's" quasi-religious fixation on Mousavi – a presidential candidate previously widely unknown among the movement's many young supporters. Looking back a year later, this seems naïve and immature.

Ahadi gives a voice to many notable regime critics, who provide wise comments on the drama. Yet they are all in exile, cut off from the events in Iran and powerless to intervene on the ground. Ahadi claims that the Iranians no longer listen to the Supreme Leader Ali Khamenei, who sided with the hardliner Ahmadinejad in a memorable Friday sermon a week after the elections, calling for an end to the protests.

​​ On closer inspection, however, it becomes clear that it was this very sermon that mobilised the regime's numerous supporters, especially the large security apparatus of police and paramilitary units, giving a signal to smother the "Green Wave" by force.

Iran's censorship prevented Ahadi from filming in the country itself. Instead, he made use of amateur material filmed on cell phone cameras by supporters of the "Green Wave", some of which is familiar from television news shows. "These images were very fragmentary. They were just pieces of a jigsaw. I realised I couldn't have made a film out of them alone," Ahadi says. He therefore added two fictitious protagonists, a young woman and a young man, who appear as comic characters. Their descriptions of the "Green Wave" are based on blog entries by many different individuals, which Ahadi put together to form their biographies.

This stylistic device, reminiscent of the Israeli animated film Waltz with Bashir, has the advantage of illuminating aspects of the drama almost impossible to document otherwise: the regime's use of agents provocateurs with the task of discrediting the demonstrators as rioters, the chaos in the hospitals crowded with dead and severely injured demonstrators, and the terrible torture in the prisons, particularly the infamous Kahrizak jail.

Deficits of the hybrid form

Yet these animated passages have a negative side too, as they break up the film's purely documentary character and prompt questions of authenticity and credibility – it is impossible to ascertain the sources and the reliability of the blog entries behind them. Ahadi defends his approach using the scene in the Kahrizak torture chamber. "The blog about Kahrizak that I quote from reports on cells so overcrowded that the prisoners could hardly breathe, even before the government and the state television station were forced to admit that crimes like this had actually taken place there. That underlines the credibility of the descriptions," says Ahadi.

​​ What do the "Green Wave" supporters want? Obviously, they accused the regime of election fraud and did not want to accept Ahmadinejad's re-election. But the regime refused to stage new elections. And then what? It is certainly striking that the film's protagonists frequently resort to flowery, vague metaphors along the lines of "we are part of a nation in search of its lost voice for the past 150 years," or "I love these green scarves and armbands. They means that people care."

Ahadi defines the protest movement's minimal consensus as "the demand for freedom of speech and opinion". But is that really basis enough for a political movement? Does the opposition want regime change or does it want to keep the Islamic Republic in place? The film cannot answer this question, because its heroes don't know themselves. "The number of people who no longer believe the system can be reformed has grown since the election fraud," says the director. But opinions are very much divided on this key issue, especially between the leading figures in the "Green Wave", all of them alumni of the regime, and the grassroots activists calling for an end to dictatorship.

For the time being, at least, the "Green Wave" has failed. Ahadi emphasises that this is a temporary setback, pointing out similar experiences in other dictatorships, for instance in 1980s Poland: "The strike in the Gdansk shipyards was in 1980. The regime fell nine years later." And the director closes his film with an optimistic poetic quote from an election speech by the former reform-oriented President Khatami, one of the figureheads of the "Green Wave": "Sunset is close, and I love the morning."

Khatami has been banned from appearing in public since the elections. To continue his analogy, the supporters of the "Green Wave" are now going through a dark, cold winter's night, "heads hang lowly, and hands are cloaked. Your breath turns to a dark shadow, hearts are fading away under the sway of sorrow."* And nobody knows how long this night will go on.

Iran's Green Movement
Time to Rethink
Iran's opposition movement must draw the lessons of its months of activism since the 2009 election and map a coherent political strategy, says Nazenin Ansari, diplomatic editor of the weekly London-based newspaper Kayhan

Protest Movement in Iran
Fighting the Arrogance of Power
In Iran the talk is no longer simply of election fraud. The issue has long since become the regime's ignorance of the population and its contempt for their intelligence, writes the Iranian cultural journalist Parandis Ahmadi*

END_OF_DOCUMENT_TOKEN_TO_BE_REPLACED
Social media
and networks
Subscribe to our
newsletter