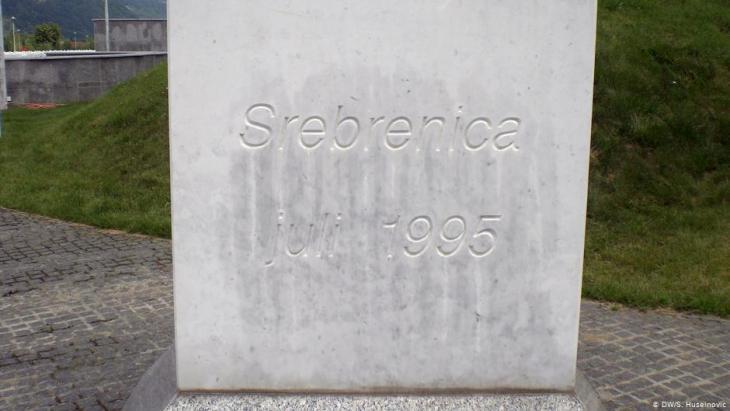 Protecting the truth from deniers and serving justice for victims of the Srebrenica genocide is our best bet to prevent genocides from occurring again, writes Council of Europe Human Rights Commissioner Dunja Mijatovic

That genocide was perpetrated in and around the Bosnian city of Srebrenica 25 years ago is incontestable. Several judgments of international courts have made it crystal clear. Yet many politicians continue to deny this truth, thus deepening the suffering of the survivors and endangering peace.

The genocide of Srebrenica took the lives of more than 8,000 human beings, mostly Bosniak men and boys, and displaced 30,000 people. It was perpetrated by the Army of the Republika Srpska under the command of a now-convicted war criminal – and with the complicity of a passive international community.

Instead of recognising it as one of the vilest chapters of Europe's contemporary history and working towards reconciliation, many prominent politicians and public figures in Bosnia and Herzegovina and in Serbia are fanning the flames of nationalism and wilfully sowing the seeds of hate. This is a dangerous situation.

Genocide denial weakens society's ability to detect the re-emergence of discourse and acts that may lead to new atrocities. It also dehumanises the survivors and the victims — and rips them of both recognition and justice. It hampers the fight against impunity for war crimes and, eventually, the possibility of reconciliation.

As a recent report on genocide denial of the Srebrenica Memorial Centre shows, political rhetoric that denies the genocide, delegitimises the courts, and glorifies war criminals persists. In some cases, war criminals hold prominent public roles in the Republika Srpska entity of Bosnia and Herzegovina, run for public offices in Serbia or keep an active public life, during which they promote the same abhorrent views and lies that led to so much human suffering.

We would be wrong to believe that this is a problem confined to Bosnia and Herzegovina and Serbia. Surely, both countries should do much more to fight impunity and genocide denial. At the same time, European countries, both acting individually and as part of international organisations, need to emerge from their state of indifference and put their weight behind efforts towards justice and reconciliation in the Balkans.

Criminalising the denial of genocide

Despite having set up the International Criminal Tribunal for the former Yugoslavia, the international community was indeed reluctant for a long time to press the countries in the region to bring genocide perpetrators to justice. It took years before all people indicted were transferred to The Hague, while many perpetrators have still to be brought to justice. Nowadays, the international community remains silent on the need to stop and punish the deniers.

Genocide denial concerns us all because it undermines the justice that was so painstakingly obtained for the victims; it sows discord and mistrust among people, and thus increases the chances of conflicts in society and among countries. This should be taken seriously particularly now, when neo-Nazi and nationalistic parties, practically unchallenged, are once again preening themselves again Europe.

The first step to take is to pass laws at national levels that criminalise the denial of genocide. Passing laws prohibiting the denial of genocide would greatly contribute to setting the record straight and reduce the chances of political leaders and opinion-makers engaging in shameful discourse about genocides. Such laws have been adopted in several European countries.

Another step forward would be the establishment of an international Remembrance Day to commemorate the genocide of Srebrenica. This is a long-standing request of the Mothers of Srebrenica – and the least the international community could do. Regrettably, only the European Parliament has had the courage to act on this request in 2009, when it called on the Council of the European Union and the European Commission to "commemorate appropriately the Srebrenica-Potocari act of genocide" and proposed that 11 July be declared a day of remembrance. A call for a Remembrance Day was reiterated by Munira Subasic and Kada Hotic, two Srebrenica mothers who appealed to the Council of Europe for the first time last year.

Treating all the victims as our own, no matter their origin

Establishing an international Remembrance Day requires political will. It would cost nothing for international organisations, but would mean a great deal to the survivors. In particular this year, when celebrations will be scaled down because of the pandemic, establishing this day would show commitment towards justice and truth, and would acknowledge the human dignity of the victims and the survivors of the genocide of Srebrenica.

However necessary, laws prohibiting genocide denial and the establishment of a Remembrance Day will be insufficient to counter denial effectively. Education is needed if there is to be a lasting impact on denial.

School textbooks of all Council of Europe member states should include an objective account of the genocide of Srebrenica, explaining what happened, why and with what consequences. They should educate about the past, educate to debunk myths, educate about justice and equality for all. And they should educate our children to treat all the victims as our own, no matter what their origin or identity.

Protecting the truth from deniers and serving justice for the victims of the Srebrenica genocide is our best bet of preventing genocides from occurring again.

Dunja Mijatovic is the Council of Europe Commissioner for Human Rights.

Home
Print
Newsletter
More on this topic
Politics of remembrance: Cracks in the edifice?Islam in Bosnia: ''We belong to the West, culturally and mentally''The rise of right-wing populism in Europe: A continent divided
Related Topics
Human rights, Islam in Europe, Islam in the Balkans, Islamophobia, Racism | discrimination, Right-wing populism
All Topics

With spring, migration on the Balkan route is on the rise again – and with it the misery, violence and illegal pushbacks at Croatia's external EU border. ... END_OF_DOCUMENT_TOKEN_TO_BE_REPLACED 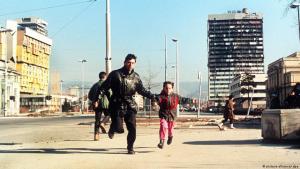 Separatists continue to threaten to destroy Bosnia & Herzegovina. A look back indicates the tiny western Balkan state is lacking democracy, the rule of law, prosperity and the ... END_OF_DOCUMENT_TOKEN_TO_BE_REPLACED

Benjamin Idriz, imam of the mosque in Penzberg near Munich, is one of the most prominent representatives of Islam in Germany. He sees his role as building bridges to mainstream ... END_OF_DOCUMENT_TOKEN_TO_BE_REPLACED 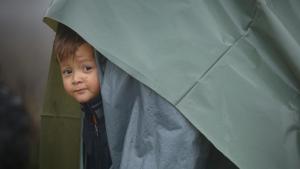 Hundreds of migrants – including small children, babies and elderly people – have camped out in northwest Bosnia. The majority of them are Afghans, prepared to brave the worsening ... END_OF_DOCUMENT_TOKEN_TO_BE_REPLACED

Tents, mud and cold: refugees contend with miserable conditions in Bosnia & Herzegovina. With the European Union demanding that Bosnia accommodate the asylum-seekers, its ... END_OF_DOCUMENT_TOKEN_TO_BE_REPLACED

Melisa Erkurt came to Austria from Bosnia as a child with her parents. As a journalist, she now writes about education, which is also the subject of her latest book “Generation ... END_OF_DOCUMENT_TOKEN_TO_BE_REPLACED
Author:
Dunja Mijatovic
Date:
Mail:
Send via mail

END_OF_DOCUMENT_TOKEN_TO_BE_REPLACED
Social media
and networks
Subscribe to our
newsletter