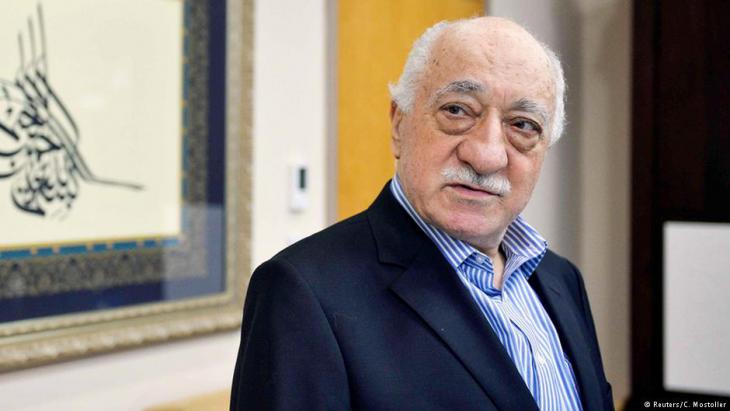 Since the attempted coup in Turkey in July 2016, the accusation that the Gulen movement was behind the failed putsch has met with scepticism in the West. A new book shows, however, that the movement was never just about dialogue and education, but has instead always sought to grasp the reins of state. By Ulrich Schwerin

Almost two years on from the attempted coup and arrests of supporters of the Islamic preacher Fethullah Gulen are still an almost daily occurrence. In President Recep Tayyip Erdogan's eyes, there is absolutely no doubt that the Gulen movement was behind the failed coup attempt of 15 July 2016, which is why his AKP government is determined to wipe the organisation off the face of the earth. Nevertheless, although the second anniversary of the coup attempt is fast approaching, the role actually played by Gulen and his supporters in the dramatic events of that night is still being debated.

There is still no absolute clarity about what happened. In Germany too, the wildest conspiracy theories still abound. And so the recent release of the book "Turkey's July 15th Coup – What Happened and Why" by the University of Utah could not be more timely. This collection of articles edited by political scientists M. Hakan Yavuz and Bayram Balci is not only the first comprehensive study of the failed coup, it is above all the first academic study of the Gulen movement since the events of 15 July 2016.

To this day, many in the West find it hard to believe that the movement that is simply known as the cemaat (Islamic community or group) really was behind the failed coup that cost 250 people their lives. Even Bruno Kahl, head of Germany's intelligence agency, the BND, declared in March 2017 that he could find no indication that the movement was indeed responsible for the events of 15 July and accused Erdogan of using it as a "welcome pretext" to remove Gulen supporters from the Turkish civil service. The movement, said Kahl, was no more than a "civil organisation for continuing religious and secular education."

Underestimated for far too long

So the cemaat is just a straightforward educational organisation and nothing to worry about? The interview in which Kahl made these remarks was greeted with incredulity in Turkey. The conviction that the Gulen movement was behind the attempted coup is not just restricted to Erdogan's ruling AKP; it is shared by almost all parties and media. One can, of course, counter that people in Turkey are hardly at liberty to contradict the government's version of events. This is why the assessment of independent experts – such as those writing in this recently published book – is all the more important. 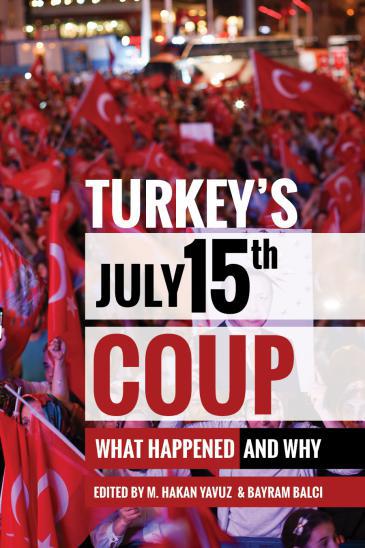 What went on behind the scenes: "Turkey's July 15th Coup – What happened and why" impressively illustrates how naive it is to classify the ʹcemaatʹ as a harmless educational organisation. In Germany in particular, where the movement runs dozens of schools, a critical reassessment is urgently needed

All twelve authors have spent much time studying the Gulen movement. Several of the researchers admit that they long underestimated the political ambitions of the movement and allowed themselves to be blinded by its self-image as a moderate Islamic movement for education and dialogue.

They also point out that the cemaat is notoriously lacking in transparency. Secrecy and obfuscation have always been part of its strategy. Neither its supporters nor its schools, media and other institutions ever openly declare their support for Gulen.

The cemaat likes to portray itself as a liberal, democratic grassroots movement. The authors of the articles in this book, however, show that it has a rigid hierarchy and is extremely conservative when it comes to moral issues.

Historian Michael A. Reynolds of Harvard also shows that the schools, residential homes and centres of private tutoring run by the cemaat were never an end in themselves.

Instead, Gulen wanted to use them to raise a "golden generation" shaped by Islam but that had received a modern education and would therefore be in a position to change the country according to his vision.

Moving through the arteries of the system

His supporters have sought posts in the civil service since the 1980s. One particular speech made by Gulen is quoted several times in the book. In this speech, he called on his supporters "to move through the arteries of the system" until they had reached "all centres of power".

It was only when the "time is right" that they would be allowed to disclose their identity, he said in a speech that was made public in 1999. Despite declaring at the time that the recording was manipulated, Gulen fled to the U.S. to avoid an impending prosecution. He still lives in Pennsylvania.

When the AKP came to power in 2002, Gulen's well-educated supporters proved very helpful in filling positions in the police, judiciary and administrations. Although supporters of the AKP and the cemaat shared the same vision of a society shaped by Islam, there were clear differences between Erdogan and Gulen on both domestic and foreign policy issues. Beginning in 2011, these differences led to tension between the two sides and eventually to the collapse of their informal coalition, as anthropologist Caroline Tee of the University of Cambridge writes.

Many Turks are dissatisfied with the international status of their country. At the same time, opinion polls reveal great scepticism among the Turkish population towards the USA. ... END_OF_DOCUMENT_TOKEN_TO_BE_REPLACED

The German government is planning to legalise cannabis before the end of this legislative period. So what does Islam have to say about its consumption? Will changing the law alter ... END_OF_DOCUMENT_TOKEN_TO_BE_REPLACED

Russia's ranking on the World Press Freedom Index has fallen again over the Kremlin's wartime censorship of the Ukraine conflict. From Myanmar to Mexico, journalists continue to ... END_OF_DOCUMENT_TOKEN_TO_BE_REPLACED

From the Euphrates to the Mekong, dams that ensure one country's water supply risk leaving others parched. But shared water resources can be a source of peace as well as conflict ... END_OF_DOCUMENT_TOKEN_TO_BE_REPLACED
Author:
Ulrich von Schwerin
Date:
Mail:
Send via mail

END_OF_DOCUMENT_TOKEN_TO_BE_REPLACED
Social media
and networks
Subscribe to our
newsletter