In Western Europe and the USA, the movement focuses on the social advancement of disadvantaged people and interfaith dialogue with Christians and Jews, Balci reports. According to him, supporters often conceal their link to Gulen. In the Caucasus and in Africa, Gulen supporters have founded businesses and taken part in economic cooperation. The AKP has also made use of these contacts. Between 2002 and 2013, the number of Turkish embassies in Africa grew from 19 to 34. "Gulen supporters were the vanguard of Turkey's soft-power offensive," Balci explains.

The investigative journalist Ahmet Sik describes these activities as the "civil face" of the movement, which serves as a façade for its militaristic nature. This suspicion was borne out for the first time during the so-called Ergenekon trials. In 2007, Turkish prosecutors loyal to Gulen accused hundreds of former military officers, opposition lawmakers, journalists and attorneys of belonging to a secret organisation that supposedly wanted to overthrow the government. "With falsified evidence and false statements, they made life hell for thousands of people," Sik says. He himself was arrested in 2011, shortly before the publication of his book, "The Imam's Army", which describes the infiltration of the security apparatus. "This is a mafia that is using religion as an instrument to gain power. It functions like a secret service," Sik says of the movement's cult-like structure. 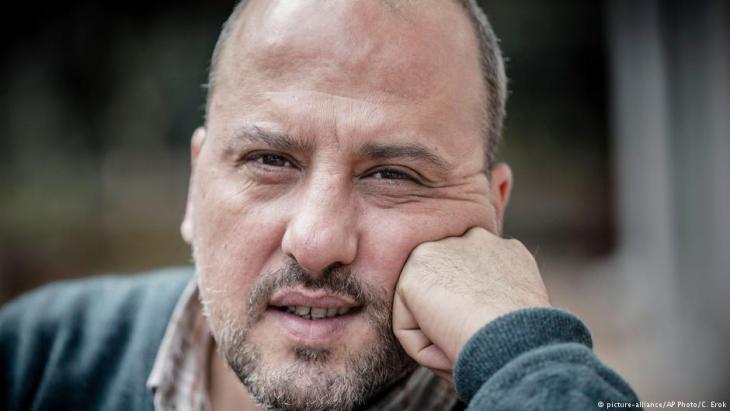 During the so-called Ergenekon trials in 2007, Turkish prosecutors loyal to Gulen accused hundreds of former military officers, opposition lawmakers, journalists and attorneys of belonging to a secret organisation that supposedly wanted to overthrow the government. Journalist Ahmet Sik (pictured here) was arrested in 2011, shortly before the publication of his book, "The Imam's Army", which describes the infiltration of the security apparatus by the Gulen movement

In 2010, WikiLeaks released internal e-mails from Stratfor, a US-based security consultancy. The e-mails support this claim, quoting informants from the movement who describe clear hierarchies and chains of command as well as the "recruiting process" at Gulen schools. "The most loyal students were carefully placed in important positions in the government, while the most talented were sent to the military academy," the e-mails reveal.

Early on, Gulen himself had described his supporters as "recruits". They came first and foremost from Turkey, of course, but also from the dormitories, called "houses of light", that the movement established in the West, including in the USA and Germany.

The American magazine Foreign Policy reported as early as 2010 that although the Turkish government managed to curb the power of the military, a new "deep state" had emerged. Erdogan recognised it as such and accused the special courts, which were full of Gulen's cadre, of operating as a "state within a state".

Fuelled by panic and the realisation that the Gulen movement – to which an estimated 10 to 15 per cent of Turkey's population belong – had gained too much power, Erdogan announced in November 2013 that he was closing the movement's tutoring centres. Just one month later, on 17 December, the public prosecutor's office, which had close ties to Gulen, started a comprehensive corruption investigation into Erdogan and his associates.

Shortly after, President Erdogan renamed the movement the Fethullahist Terror Organisation and declared that Gulen was the public enemy number one. Tens of thousands of public prosecutors and police officers were fired or transferred. Gulen institutions and media companies were closed or taken over by the state. 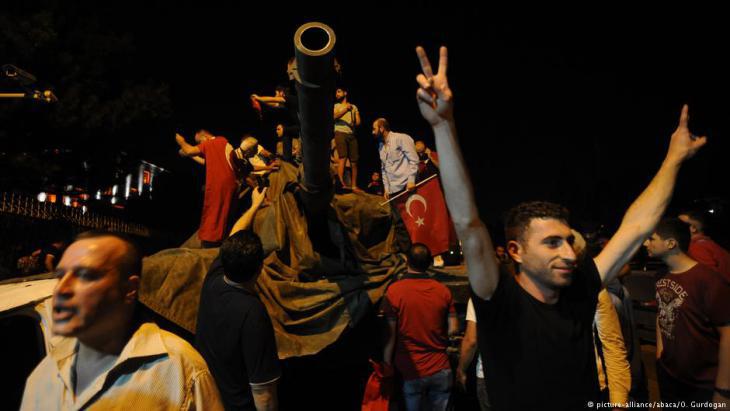 Fethullah Gulen is now public enemy No. 1 in Turkey, held responsible for the failed coup of July 2016. However, Gareth Jenkins of the Swedish Institute for Security and Development Policy considers it unlikely that Gulen himself directed the entire operation. According to Timur Tinc, "he does not believe there is any evidence for that theory and questions whether Gulen even knew about the coup in advance." Pictured here: Turks celebrate the failure of the attempted coup in July 2016

Masterminds of the coup?

The conflict between President Erdogan and the Gulen movement ultimately escalated in the failed coup attempt of 15 July 2016, during which over 250 people died and 2,200 were wounded. Just hours later, the AKP government stated that Gulenists were behind it.

Journalist Ahmet Sik sees things a little differently: "I think that there was a faction within the military and that the Gulenists were among the masterminds. However, I believe that members of the faction betrayed each other the night before the attempted coup and during the events that followed." He says that the secret service knew of the plans by 3 p.m. and was able to take appropriate precautions and negotiate with parts of the faction.

Gareth Jenkins of the Swedish Institute for Security and Development Policy sees things in a similar light. He thinks that Gulenist officers probably got wind of the next purge of the security apparatus and wanted to head it off with a coup. Jenkins considers it unlikely that Gulen himself directed the entire operation. He does not believe there is any evidence for that theory and questions whether Gulen even knew about the coup in advance.

Erdogan called the coup "a gift from God" and declared a state of emergency. Because of their alleged ties to the Gulen movement, he ordered 150,000 persons suspended or fired from the military, the justice system and the education sector. More than 50,000 people were arrested. By as early as October 2016, around 4,500 companies and institutions had been nationalised.

Over 300 companies – including Kaynak Holding – worth almost €12 billion were taken over by Turkey's banking supervisory authority and used to fill the state coffers. Opposition leader Kemal Kilicdaroglu from the Kemalist CHP called the government's actions a "civil coup".

The Turkish government also managed to exert pressure on the foreign countries where the Gulen movement is active. In 19 of the 36 African countries where the movement has a presence, the Turkish government has succeeded in taking over Gulen schools through the state-funded Maarif Foundation, which was established in October 2016. Nevertheless, the US rebuffed Turkey's request to extradite Gulen. Germany's Federal Government also refuses to extradite Gulen supporters who fled to Germany after the attempted coup.

Timur Tinc is a reporter for the daily newspaper Frankfurter Rundschau.

All eyes in Turkey are on a court hearing scheduled for January 30 into a child abuse case that allegedly occurred with the knowledge of one of Istanbul's most powerful Islamic ... END_OF_DOCUMENT_TOKEN_TO_BE_REPLACED

Any reconciliation between Turkey and Syria’s Assad regime would have disastrous consequences for many Syrians, explains Syria expert Kristin Helberg END_OF_DOCUMENT_TOKEN_TO_BE_REPLACED

The poetry of Pir Sultan once prompted uprisings in the Ottoman Empire. To this day, Alevis identify with him. Rainer Hermann visited Mehmet Celebi, a direct descendant of the ... END_OF_DOCUMENT_TOKEN_TO_BE_REPLACED

There are signs of an imminent normalisation of relations between Turkey and Syria. This would allow Erdogan to score political points domestically before the upcoming elections ... END_OF_DOCUMENT_TOKEN_TO_BE_REPLACED

Turkey will mark the centenary of the proclamation of the Turkish republic in October. But 2023 will be an important year in another respect too: Turks will go to the polls in ... END_OF_DOCUMENT_TOKEN_TO_BE_REPLACED

In 1925, Mustafa Kemal Atatürk had the Sufi orders shut down. In modern-day Konya, the city council uses whirling dervishes in its marketing campaigns. Marian Brehmer on Islamic ... END_OF_DOCUMENT_TOKEN_TO_BE_REPLACED

Comments for this article: Creating an elite to lead the state

END_OF_DOCUMENT_TOKEN_TO_BE_REPLACED
Social media
and networks
Subscribe to our
newsletter