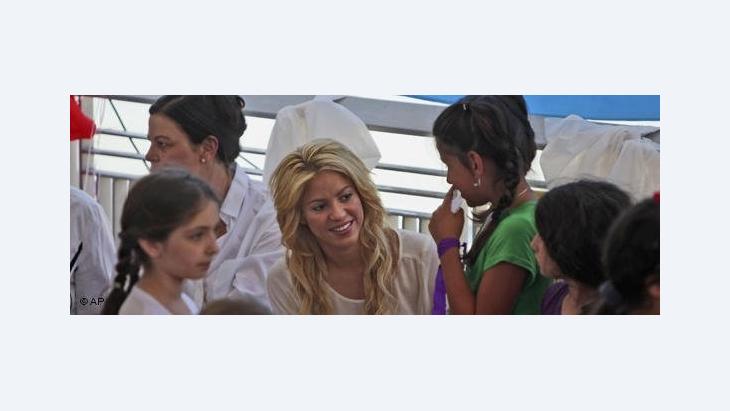 The Hand in Hand School in Jerusalem

Peaceful Coexistence in the School Playground

In the Holy City of Jerusalem, Jews and Arabs tend to keep out of each others' way. The Hand in Hand School, right on the Green Line, is a remarkable exception. Classes are taught there in both Arabic and Hebrew. Hans-Christian Rößler reports

The school is a damning indictment of the city. There's a garden which runs through the long building with its several pavilions. If there weren't a playground and a sports field, one might think the large campus was a museum. But there's too much happening on the football field for that to be the case. The players cheer the goals and complain about fouls in Hebrew and Arabic. These are unusual sounds in the Holy City, where Jews and Arabs tend to try to keep out of each others' way.

The Hand in Hand School lies on the Green Line, right between the Jewish quarter of Patt and the Arabic quarter of Beit Safafa. Since 1967, when the Israeli army conquered the Arab parts of town on the other side of the armistice line, the Israeli view has been that the city has been "reunited."

Crossing borders and fighting prejudice through education: Arab and Jewish children are taught in both Hebrew and Arabic at the Hand in Hand school, which was founded in 1997

But the 242 Arab children and the 221 Jewish children who learn together at the Hand in Hand School are an exception. There are around a quarter of a million schoolchildren in Jerusalem, but after 44 years, there's only this one bilingual school; about a third of the city's population is Arab.

But organising a normal daily life together is as much a challenge for the Max Rayne Hand in Hand School and Centre for Jewish-Arab Education (to give the school it's full title) as it is in the rest of the city, where the various population groups are becoming ever more distant from each other.

"Getting to know the other side" 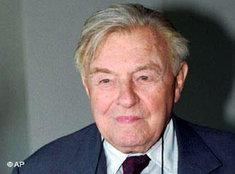 Teddy Kollek's "Jerusalem Foundation" mainly supports projects that seek to preserve the heritage of the city of Jerusalem and to foster understanding between Jews, Christians and Muslims

​​This summer, the school has particular reason to celebrate: the students of its first graduation class have completed their school-leaving exams. That means there's now bilingual education in one building all the way from kindergarten to university entrance. But the celebration was overshadowed by the fact there was not a single Jewish child in the graduating class. Arab headmaster Raeif Omari refuses to be discouraged: "If you're a pioneer, you have to be strong and stand up for your convictions," he says.

In sixth grade, which is a kind of orientation year for students in Israel when they decide how they intend to specialise, the number of Jewish pupils goes down sharply. "Jewish students in the higher grades have plenty of opportunities to choose from," says teacher Shahar Viso. "Many parents don't want their children to be guinea pigs." Omari has heard from some parents that it's important for them to intensify their children's Jewish identity as they get older. "But they get more than that from us," he says. "They get to know the other side; they become multicultural." He and his colleagues try to speak to the Jewish parents to convince them not to take their children out of the school.

Lessons in Arabic and Hebrew

There are plenty of good reasons for children to stay: there's the big, bright library for a start. There isn't another like it in the whole of Jerusalem. Half the books are in Hebrew; half in Arabic. The pupil/teacher ratio is also better than in other schools. Some teachers use Hebrew, others Arabic.

"The fact that I can speak Arabic is a huge advantage," says Noa, who comes from a Jewish family and is in sixth grade. Friends and neighbours initially asked her whether she wasn't frightened to be going to a school with Arab children. "I wouldn't like to do without any one of my classmates," says the 12 year old, and adds that she definitely wants to stay until she's graduated.

This year, only five of the 32 children in her year have left the school. Demand for places is high, even though all those extras cost money, and parents have to pay an additional 1,000 euros a year. "We have so many Arab children applying that we could open another class," says Omari, "but we want to keep the balance between the two groups."

It's no surprise that there is so much interest on the Arab side. Children in the Arab eastern part of the city can only dream of the kind of space the pupils enjoy at the Hand in Hand School. The Israeli state auditor's office has worked out that a thousand extra classrooms are needed in East Jerusalem – from kindergarten onwards. What's more, half the existing classrooms don't meet minimum state standards.

Living together, learning together: the Hand in Hand School now offers classes in two languages from kindergarten right through to the school-leaving stage

They are often too small, and classes are often 25 percent larger than in the Jewish western part of the city. Because of the shortage of space, teaching often takes place in shifts or in rented flats. Thousands of children attend private schools for which their parents have to pay.

On the other hand, many parents are hesitant about sending their children to a school that teaches the Israeli curriculum, as does the Hand in Hand School. At the only bilingual school in Jerusalem, most of the Arab children come from families where the parents are Israeli citizens. Most Palestinians in East Jerusalem pay taxes, but only have resident's permits. They don't recognise Israeli rule over the Arab parts of the city.

The school crisis in the East is so serious that even the Israeli Supreme Court has had to deal with it. The judges have accused the state and the city of having done nothing to solve the problems for years. The current mayor, Nir Barakat, promised to provide more classrooms. He said in June that more than 300 were either being built or were at the planning stage. However, because of the high Palestinian birth-rate, the few new classrooms that have been built so far have not brought much improvement.

In a religious parallel world

The situation in the areas where the ultra-orthodox Jews live is scarcely any better. Together, they and the Arabs make up the majority of the population. Because of the high birth-rate in devout families, a shortage of classrooms is developing here too. The children are increasingly living in a religious parallel world.

More than 60 per cent of all Jerusalem children – almost 95,000 – go to ultra-orthodox schools. According to estimates, a third of them attend schools that do not follow the regular curriculum. Tens of thousands of children end school without having learnt mathematics or English. Experts fear that this retreat from Israeli society could lead to serious conflict in the near future.

The example of the Hand in Hand School has failed to become a model, even in the areas where secular and religious Jews live together. In March, for example, the city authorities put up a fence covered in tarpaulin in a kindergarten to keep apart children from secular and ultra-orthodox families who had been playing together happily for months. Religious parents had expressed their concern that their children could be harmed by the sight of women teachers in revealing clothing, or boys who were not wearing skullcaps.

In his latest documentary, "The First 54 Years", Israeli director Avi Mograbi demonstrates how catastrophic and traumatising the occupation has been, not only for Palestinians, ... END_OF_DOCUMENT_TOKEN_TO_BE_REPLACED

In 2012, fed up with people expressing clear-cut opinions on the rights and wrongs of the Middle East conflict, Canadian conflict researcher and long-time Israeli resident Corey ... END_OF_DOCUMENT_TOKEN_TO_BE_REPLACED

Given that the political landscape in Israel is once more expected to shift to the right in the upcoming general elections, philosopher Omri Boehm argues in his forthcoming book ... END_OF_DOCUMENT_TOKEN_TO_BE_REPLACED

A German IT company has started an academy to train Palestinians in software development. Despite the pandemic's challenges, it has managed to run its first boot camp in Ramallah ... END_OF_DOCUMENT_TOKEN_TO_BE_REPLACED

END_OF_DOCUMENT_TOKEN_TO_BE_REPLACED
Social media
and networks
Subscribe to our
newsletter